Finding Space To Thrive In One Of America's Wildest Neighborhoods 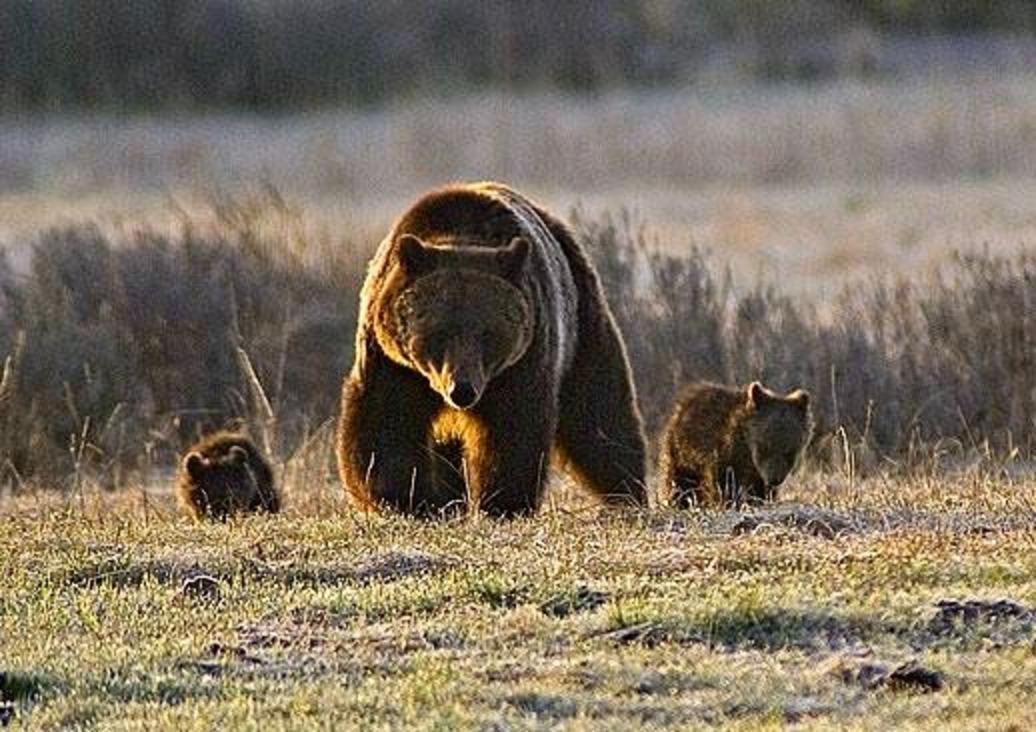 Conservation has mightily transformed the fate of grizzlies and wolves in the Greater Yellowstone Ecosystem—so much so, that both species have recolonized their traditional terrain in the Tom Miner Basin and lower portions of Paradise Valley where ranchers are trying to make ends meet. Photo courtesy Pete Bengeyfield. See more of his work at bengeyphotos.com
by Jessianne Castle
A high-mountain breeze sweeps across Tom Miner Basin, whispering across the purple petals of the common shooting star flower and larkspur and dancing into the sky. Billows of clouds hug tight to the serrated edges of Sawtooth Mountain, still crisp with winter snow, and aspens shake their quaky leaves near the toe of Ramshorn Peak. It’s a microcosm of Montana: wild spaces, open skies, and vegetation and animals aplenty.

Tom Miner Basin rests in a mountain nook just north of Yellowstone National Park, swaddled by 10,000-foot peaks. It is home to wolves, grizzly bears, elk, cattle and people; a place rich in history, burgeoning with stories.
The other day, Malou Anderson-Ramirez watched with her husband and little girls as a new-born elk calf clambered to its feet and took its first wobbly steps under close watch by its mother. It’s moments like these she cherishes, one of many her family has shared living on a working ranch in the basin.
Malou is a third generation Montana woman who knows the toils of working the land of a shared landscape—her family bears witness to the revival of Yellowstone wolves and grizzly bears every day. She is learning along with her family and other ranchers in the basin and elsewhere new ways to adapt and adjust to these large carnivores and other wildlife, for the betterment of the ecosystem and prosperity as producers.
Malou’s story of adaptation comes at a time when citizens of Montana are working to build Montana-made solutions for living with bears. Last summer Montana Gov. Steve Bullock appointed 18 citizens to the Governor’s Grizzly Bear Advisory Council in order to generate guidance on how to manage grizzly bears across the state. The council, which met on June 8 and 9 and accepting public comments through their website is slated to provide final recommendations in August.
A Spiritual Asset
Malou grew up at the toes of Tom Miner’s peaks alongside her siblings, Julie, Jessica, Andrew and Daniel, at a time when the Andersons raised cattle and sheep. Her grandfather purchased the ranch in the late 1950s and Malou says he embraced the lessons of his neighbors, learning how to work the land in one of the most diverse landscapes in the world.
Malou’s grandmother, Virginia, referred to land as our “spiritual asset.” It’s a proverb the Anderson family took to heart.
“Sometimes, even people working close to the land don’t see the connection.” Malou says. “It’s spiritual nourishment, a connection to the land and place. We grew up with the notion that our footprint—our impact on the land—is out of good-will and a place of compassion and understanding. We ask ourselves, ‘What will our footprint look like when we’re gone?’”
Looking at the world through this lens, Malou says she values a wild landscape for its diversity—each animal and plant species has a role to play, and a lesson to teach—and she sees the opportunity humans have as a willing partner in that system.
“Our space is just as important as theirs,” she says. “There have been times as a family, we've come across wolf and bear tracks and talked about the importance of everyone having a place to thrive.” She adds that because of these conversations, four-year-old Hasell and six-year-old Esme Ramirez, Malou’s daughters, will grow up knowing the fundamental importance of diversity—both of animals, and humans too.

“Our space is just as important as theirs. There have been times as a family, we've come across wolf and bear tracks and talked about the importance of everyone having a place to thrive.” —Malou Anderson-Ramirez

In the 1990s, wolf populations grew in Yellowstone and they increasingly showed up in Tom Miner, and the Andersons explored how they would adapt to the change. It was decided to retire from raising sheep and transition solely to cattle.
“We’ve come to see that certain landscapes are more suitable for different species of livestock,” Malou says. “Since we border Yellowstone Park to the north and wilderness has never been far from our back door, it was fair to explore the notion that sheep would do better somewhere else.”
Then, about 10 years ago, the Andersons began to re-explore their operation as grizzly bears started to frequent the basin.
Systems Thinking
For Malou, a summer day in Tom Miner is driven by the needs of the land. She recently strung electric fence to create a series of small grazing pastures for her uncle’s cattle, which will be used strategically on a rotation. By moving bunched cattle from pasture to pasture, it rests the land, cow manure reseeds the grasses and cloven hooves aerate the soil. 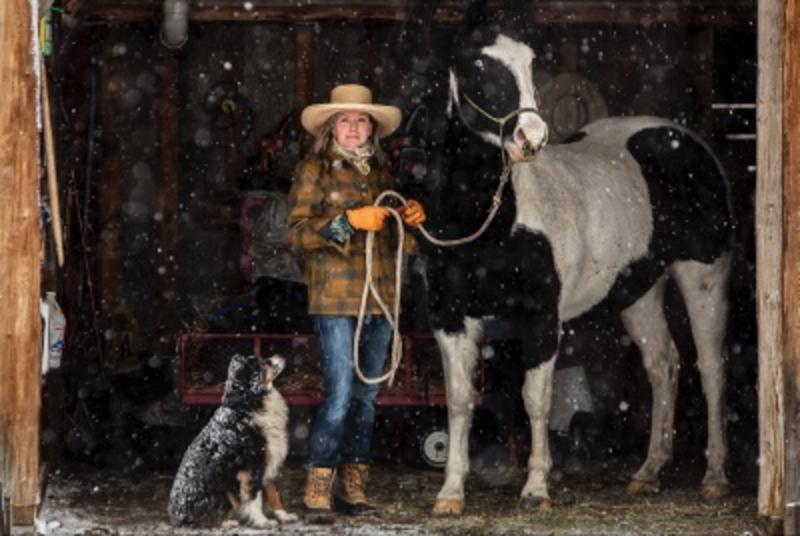 Malou Anderson-Ramirez getting ready to saddle up for a snowy ride in Tom Miner Basin, located in the Gallatin Mountains just north of Yellowstone National Park. Photo courtesy
In addition to regenerating the land, rotational grazing also lends itself to conflict reduction by keeping cattle grazing together, in tighter bunches.
Ultimately, this rotational grazing can mimic the movement of wild bison in a natural system—which once roamed freely across Montana but are now in designated sites like Yellowstone.
Rotational grazing is one example of a larger land management regime. Malou and some of her family embrace what is referred to as a systems-thinking approach, or considering the whole system—a single, complex, and integrated system already at work.
“We also believe in the lessons the land can teach,” Malou says, describing how humans can be a part of and learn from a natural system. This natural system sustains wildlife habitat, promotes biological diversity, protects functioning watersheds, and maintains productive land for wildlife and livestock.
“The hope is our operation will thrive if we’re mimicking the already thriving and balanced system of nature,” she added. “Part of that is being quiet and observant. I believe that the land needs a peaceful partner.”
Modern-Day Shepherds
When the Anderson kids were young, they seldom saw grizzly bears in Tom Miner. But times have changed: on one occasion, Daniel spotted more than a dozen grizzlies digging carraway root in a field above the ranch. Today, bears live in and move through the area regularly.
The dense bear population has led the Andersons to embrace a different way of being. In 2013, Hilary Zaranek-Anderson, Malou’s sister-in-law, started the first range-rider program in the basin. One year later, she and Malou founded the Tom Miner Basin Association. Hilary and other range riders over the years have tracked wildlife, checked cattle and reported observations like livestock carcasses to cattle managers.
These modern-day shepherds are helping to reduce conflict with grizzly bears, wolves and cougars. The presence of people may displace predators, and the riders are able to check cattle for injuries that might attract wild animals or indicate they’ve been preyed on.
Jon Swenson, a former biologist for Montana Fish, Wildlife and Parks, leader of the Scandinavian Brown Bear Research Project and current professor at the Norwegian University of Life Sciences in As, Norway, has contributed to bear research and management in North America, Europe and Asia. Over his more than 30-year career with bears, he says he’s seen communities throughout the world balance livestock and predators with shepherding practices.
“That really reduces the conflict,” he says. “Where you don’t have those [practices], that’s where you have big problems, and those places are generally where bears were exterminated or nearly exterminated and people have lost their tradition of watching their livestock. It’s easy to get used to living without bears.”
Born on a farm in Shepherd, Montana, Swenson says he’s proud of the work Montana has done to conserve grizzly bears, which are the state’s official animal, as voted on by school children in 1982.
“The bear is certainly not easy to live with. If we are able to modify our behavior, we go a long way,” he says, adding that in addition to shepherding, people can prevent interactions with bears by keeping their garbage in a secure area, electrifying bee yards or chicken coops, and learning how to be bear aware when recreating. 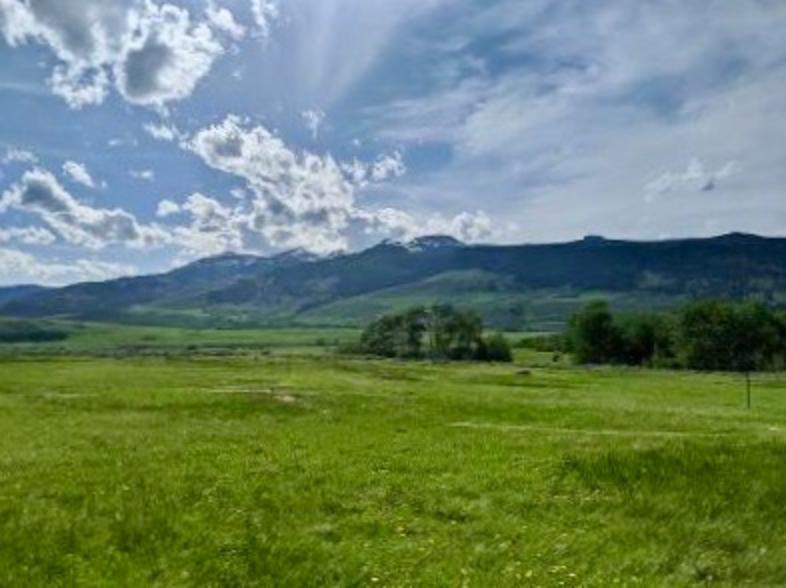 The Anderson Ranch looking southward across the Gallatin Range toward the rugged northern boundary of Yellowstone. Co-existence with bears and wolves isn't easy the Andersons and their neighbors are finding a way forward that others are watching—and learning from. Photo courtesy Jessianne Castle
Range riding is one of several tools that promote healthy relationships between humans and wildlife, but coexisting isn’t without its dark sides. Malou suggests that it would be unreasonable to expect to never lose an animal to wild predators. But she says for her, the risk of a few losses—much like the risk of losing stock to the harsh Montana winter—is worth the value of living in a wild landscape.
Change
Hasell and Esme, Malou’s young daughters, work and play in Tom Miner’s cradle. They don’t camp out in tents like their mother did under the stars when she was their age for risk of grizzly bears, but Malou doesn’t mind.
“It’s OK though, because we get to live in a place like this,” she says. “I support Montana-made solutions to help keep grizzly bears alive, people safe, and the ranching way of life in place.” Her girls know not to walk down a trail on their own, but growing up in Tom Miner Basin affords them with opportunities to learn about the ecosystem, and take lessons from nature to apply in their daily lives.
This time of year, elk with new calves come out to feed on the grassy benches of Tom Miner, and Malou says we can take a lesson from their behavior. “You learn to adapt. You do what elk do with fawns. You don’t travel into the most dangerous places with a new born baby.”
It’s one of many lessons Malou and her family have learned from Tom Miner Basin, and one that is helping them live a non-reactive and happy life on the north fringes of Yellowstone. “We’re definitely not experts, far from it actually, but there will always be learning opportunities,” she says. “The only real constant is change.” 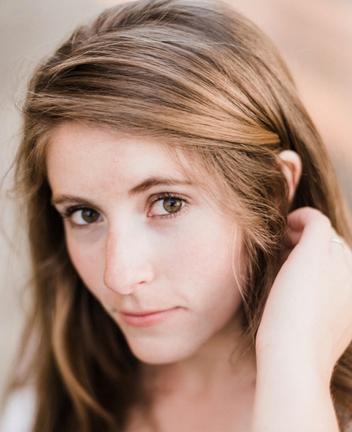 Jessianne Castle is a freelance writer, and editor. She is also founder of the Grizzly Bear Collective, a company exploring how powerful storytelling can inspire thoughtful conversations about grizzly bears. Read more of Jessianne's fine writing by clicking here. Her motto: "You don't change the world simply by looking at it. You change it through the way you choose to live in it."