An Influential Voice In US Flyfishing Decries 'Rivergeddon 2020'

Sure, covid has caused a crush of anglers to descend on trout waters but Kirk Deeter says too much, even when it generates commerce, isn't good for nature 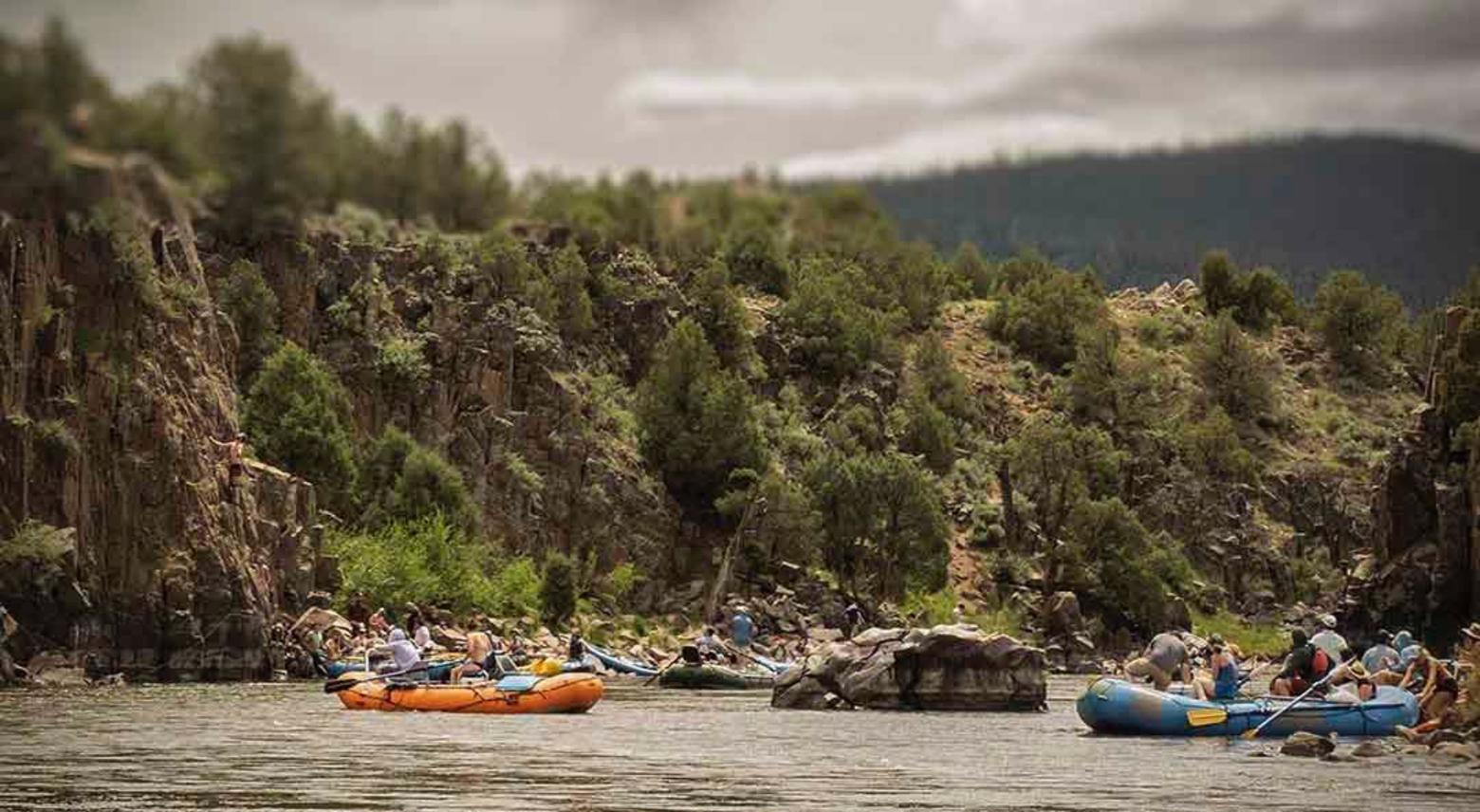 Despite soaring outdoor recreation use levels, discussion of impacts has often been downplayed, denied or deflected by almost everyone, including users, commercial tourism operators, conservation organizations and government agencies that are supposed to be managing for resource protection. After a year like this when public lands and waterways were overwhelmed and all government agencies could do was engage in triage and try to minimize the damage, will discussions of limiting use to protect resources and maintain quality experiences finally start to happen? The answer clearly is not to simply build larger parking lots at boat put-ins and take-outs. Photo courtesy Kirk Deeter/Angling Trade magazine
EDITOR'S NOTE: Kirk Deeter, in the piece below, speaks to issues that are on the minds of many anglers, as well as commercial flyfishing guides and even floaters this year throughout the Rocky Mountain West. In Greater Yellowstone, complaints were commonly registered on the Madison, Yellowstone and Snake. Many believe human pressure on rivers has moved negative impacts beyond the tipping point but, as Deeter asks, who has the courage to step up, call it out and take action?
By Kirk Deeter
It’s a good news-bad news-good news-bad news deal.
Good news: As we clearly projected at the onset of the pandemic, people—especially families—have gravitated to water these past several months, and they continue to do so, in greater numbers than any of us have seen in our lifetimes. More people are fishing… license sales prove it, but the eye test on any lake or river will tell you that also. More people are buying “stuff” from dealers (when dealers can get the stuff from manufacturers). In theory, there’s a vast, newly-formed army of newbie river lovers who can potentially be consumers and stewards of the resources. All wonderful, right?
Bad news: The rivers are getting the living snot pounded out of them, everywhere, every day. One guide friend (who asked to remain anonymous) told me he was shoving off to fish with clients at 5:30 am, just to stake out a spot. In rural Colorado. On a weekday. In October. That’s bogus.
J.P. Perizzolo, who guides the Upper Colorado said he’s seen more people raking redds recently than ever before. My friend Ray Schmidt ran a photo from the Tippy boat launch on the Manistee (Michigan) on Facebook two days ago that illustrated the “googan apocalypse” to a tee.
And it’s not just fishing pressure. It’s bottles, cans, and other litter… trampled banks… abused facilities, and so on.
Good news: All you travel companies that have suffered so brutally during the pandemic…you’re gonna boom like never before. If there were such a thing as a “fly fishing travel stock” I’d be buying it now. Because most genuinely dedicated fly anglers in this country are so disgusted by some of what they’ve seen recently that they’re spending long hours now dreaming and planning ways to get as far away from American rivers as humanly possible, as soon as they feel safe to do so.
Bad news: There might not be as many truly “dedicated” fly anglers on the other side of this if we don’t pay attention and collectively try to manage for the long run. I’m starting to see too many people say, “screw this” on social media and otherwise. And I can tell you that “more, merely for the sake of more,” will crush this sport under its own weight.
Your cash register might ring, but if you’re just plowing ahead without focusing on teaching real skills, and instilling ethics… well, you’re running 100 mph down a dead-end street. And the dealers and manufacturers who have been around the block long enough are acutely aware of that  It’s time for all of us to tune in and act. But who’s going to step up?

Your cash register might ring, but if you’re just plowing ahead without focusing on teaching real skills, and instilling ethics… well, you’re running 100 mph down a dead-end street. And the dealers and manufacturers who have been around the block long enough are acutely aware of that  It’s time for all of us to tune in and act. But who’s going to step up?

The American Fly Fishing Trade Association? Sadly, the organization has been hurt without a trade show. But there’s still vision and resolve there. The organization can play a vital role in managing the future of fly fishing… with as much or more effect than “promoting” a sport that seems to be promoting itself now.
Trout Unlimited? Bonefish and Tarpon Trust? Well, one can clearly argue that the need for clean water to fish in has never been greater. “Take care of the fish and the fishing will take care of itself,” is what Art Neumann, a TU founder, said many years ago. But I’m not sure that’s true anymore.  I think we also need to be thinking about the fishing, and how that takes place or the fish won’t fare so well—in rivers, lakes, or even oceans.
Backcountry Hunters and Anglers? Jeez, if there were ever a case for the need to protect and even expand public access to lands and waters, and if ever there were a case to be made for just how stupid the notion of divesting in public lands would be… you’re seeing it unfold in real time now. All of us should support BHA to drive a stake through the heart of this vampire, right now.
Fly Fishers International? It’s cool to promote the culture and herald the artistry of fly fishing. But beyond teaching people how to teach other people to form tight loops and make pretty casts, there’s a real opportunity here to be a leading force in promoting ethics, and respect for other anglers as well as fish and the environment as the absolute foundation of the sport.
Manufacturers? If this discussion about how to manage the influx of people on water is not part of your long-term strategic planning right now, you are putting yourselves—and your dealers—at serious risk.
Retailers and guides? I said it before and I will say it again: now is your chance to prove your roles as truly valuable “influencers” and gatekeepers, and remain relevant in the market mix. If you don’t truly “influence,” some hotshot with two years’ experience and an Instagram account will.
Ultimately, the correct answer to the question of “who is going to step up?” should, in fact, be “all of us.” Everyone. We are eager, ready and willing to listen to ideas. Please help and chime in.
NOTE: This piece appeared recently in Angling Trade magazine, where Deeter is Editor in Chief. If you have observations of what happened on your local favorite Western river this summer, we'd like to hear them. Send them to us by clicking here,

This is actually the scene of a slow day at a take-out when tubers upstream took to the Madison River west of Bozeman this summer. Whereas this middle stretch attracts thousands upon thousands of floaters on inflatables and stand up paddle boards, the Upper Madison is dealing with its own issues, involving conflict between recreational anglers, commercial operators and others who say heavy fishing pressure and hooking mortality, along with hot summers bringing lower flows and warmer water, is certain to, at some point, negatively impact the wild, naturally-reproducing trout fishery. Photo by Todd Wilkinson 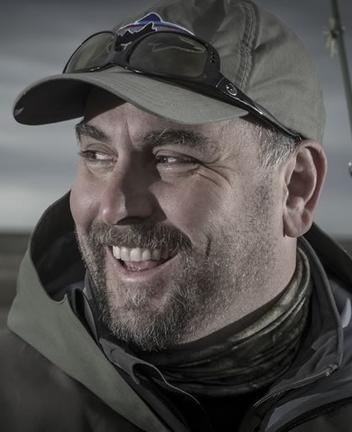 Kirk Deeter is the editor of TROUT magazine published by Trout Unlimited. He is also an editor-at-large for Field & Stream, and the editor-in-chief of Angling Trade. A lifelong angler and writer, he has produced award-winning stories from the tip of Tierra del Fuego in Argentina, to north of the Arctic Circle in Russia. He lives in Colorado and has been a regular visitor to Greater Yellowstone.