Huge implications for the West? In this op-ed, Jim Kenna writes about questionable agency allegiances to special interests and spiraling employee morale 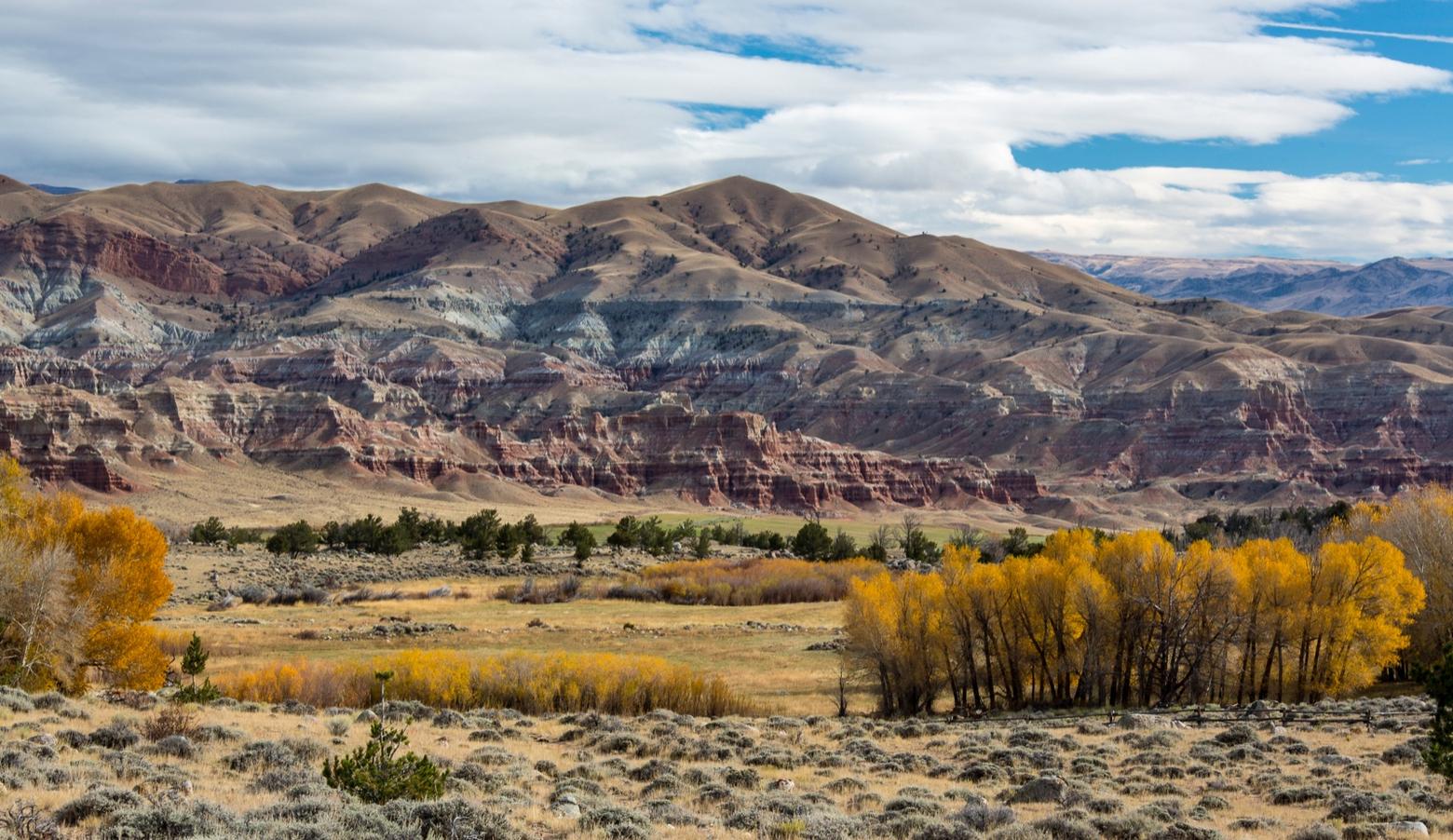 The Dubois Badlands Wilderness Study Area, one of many amazing areas managed by the BLM in Wyoming. Photo courtesy Bob Wick/BLM
EDITOR'S NOTE: The US Bureau of Land Management, a sub-agency of the US Interior Department, administers 245 million acres of land or about one-tenth of America's land base. Most of its lands are found in 12 Western states. Additionally, it oversees leasing for everything from coal to oil and gas and hardrock minerals on 700 million acres. The agency employs more than 11,000 people and benefits from around 30,000 volunteers. Jim McKenna, a retired BLM senior manager, wrote this op-ed about trends he observes in the agency he served for decades.
by Jim Kenna
I’ve spent over 40 years — spanning seven presidential administrations and across five Western states — serving the American public. Nearly all of that time was with the Bureau of Land Management and Department of the Interior.
I believe that Americans value their public lands: They see them as part of being American, and they expect to see them passed intact to the next generation.
The BLM’s mission is not ideological and does not give preference to certain land-users. Its legal mandate calls for managing public lands for a variety of uses, treating energy generation and conservation equally. But now, the agency is losing sight of that mission. I worry that the nation is on a path that will deeply embed private interests into public lands.
Jeopardizing millions of acres of federal lands and skewing land-use plans to maximize certain uses — with little interest in, acknowledgement of, meaningful public participation — goes decidedly against the BLM’s mission.
It’s disappointing to see today’s leadership devaluing iconic landscapes, diminishing public participation, and catering to the financial ambitions of narrow, favored interests. 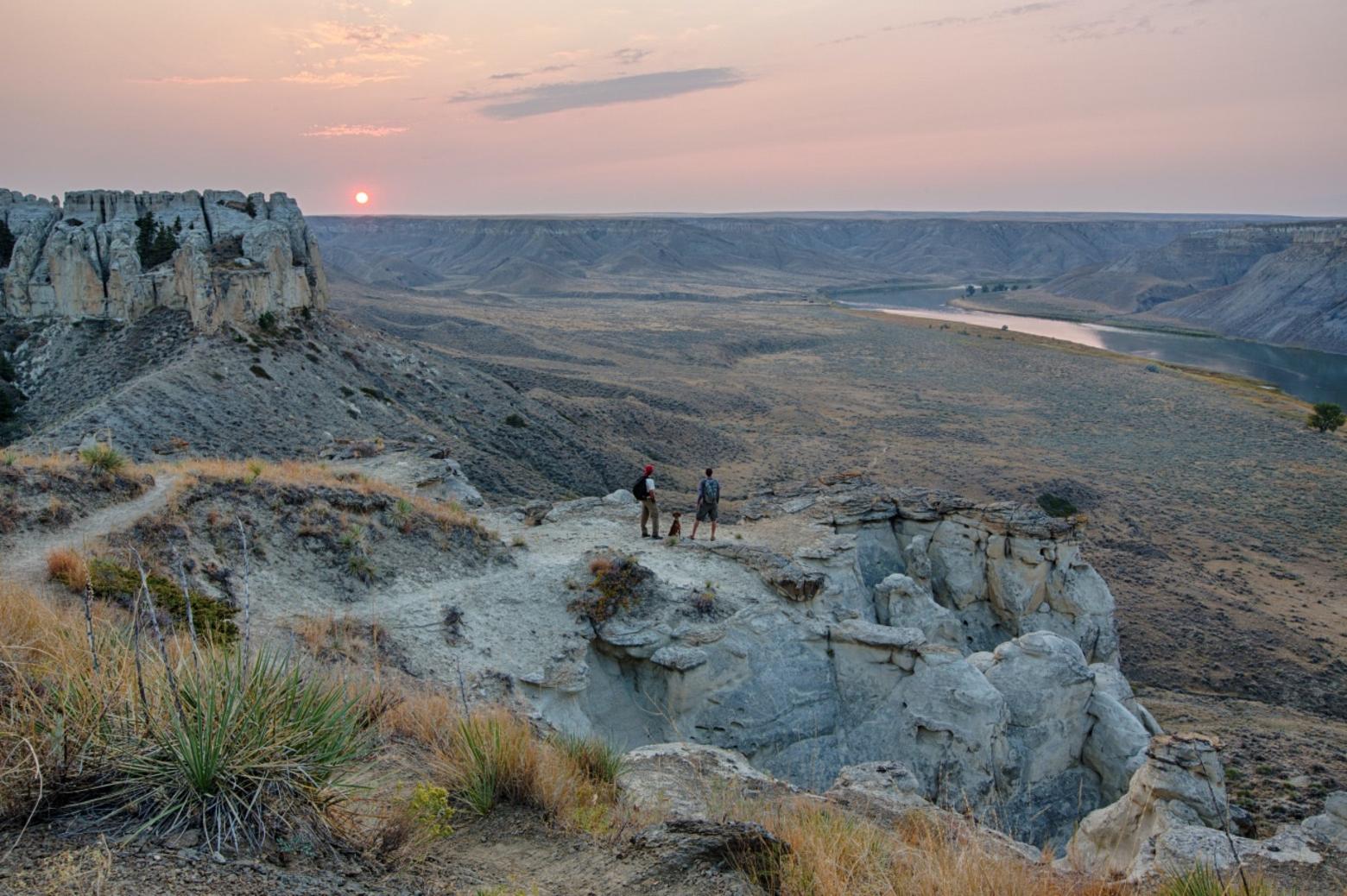 The Upper Missouri River Breaks National Monument administrered by the BLM in Montana. Photo courtesy Bob Wick/BLM
Like most of my colleagues, I felt a profound responsibility to engage in public dialogue and involve communities. This is how we ensured that we were making the best-possible, best-informed decisions on behalf of present and future generations. It’s disappointing to see today’s leadership devaluing iconic landscapes, diminishing public participation, and catering to the financial ambitions of narrow, favored interests.
Since he took office, Interior Secretary David Bernhardt’s aggressive agenda has favored corporate interests. This push has continued despite the pandemic, ignoring public outcry against despoiling cherished Western landscapes.
The BLM has recently moved ahead with oil and gas lease sales on more than 200,000 acres of public land in Wyoming, Montana, Nevada and Colorado despite the oil market glut. The pandemic has made it easier for the agency to sidestep the public comment process for projects in extremely sensitive areas, most recently in the Western Arctic and around Chaco Canyon in New Mexico.

The BLM has recently moved ahead with oil and gas lease sales on more than 200,000 acres of public land in Wyoming, Montana, Nevada and Colorado despite the oil market glut. The pandemic has made it easier for the agency to sidestep the public comment process for projects in extremely sensitive areas, most recently in the Western Arctic and around Chaco Canyon in New Mexico.

No urgent need drives this cavalier attitude toward the public. Oil companies already hold about 10,000 unused drilling permits, yet they have swept up roughly 42 million more acres in nine planning areas across the American West and Alaska. If these lands are important to the nation's energy portfolio, a focused case should be made for them.
Why the push for leasing now, during a worldwide oil glut? Leasing now will lock in low financial returns for taxpayers and lower revenues for state and local governments. If the Interior Department really wanted to help oil-patch workers, it would promote the job of cleaning up abandoned wells.
Secretary Bernhardt panders to oil and gas interests by reducing royalties, handing out small business loans meant for local businesses, and leasing millions of acres for pennies on the dollar. His actions — carried out under the cover of a national emergency — do not serve taxpayers, state and local governments, or the public interest.
Instead, the Interior Department should be assuring the American people that our country’s public lands will remain open to the public. Americans should know that their public lands will provide open space for families to safely recreate, support local economies and contribute to clean air and water. This should be just as true after quarantine. 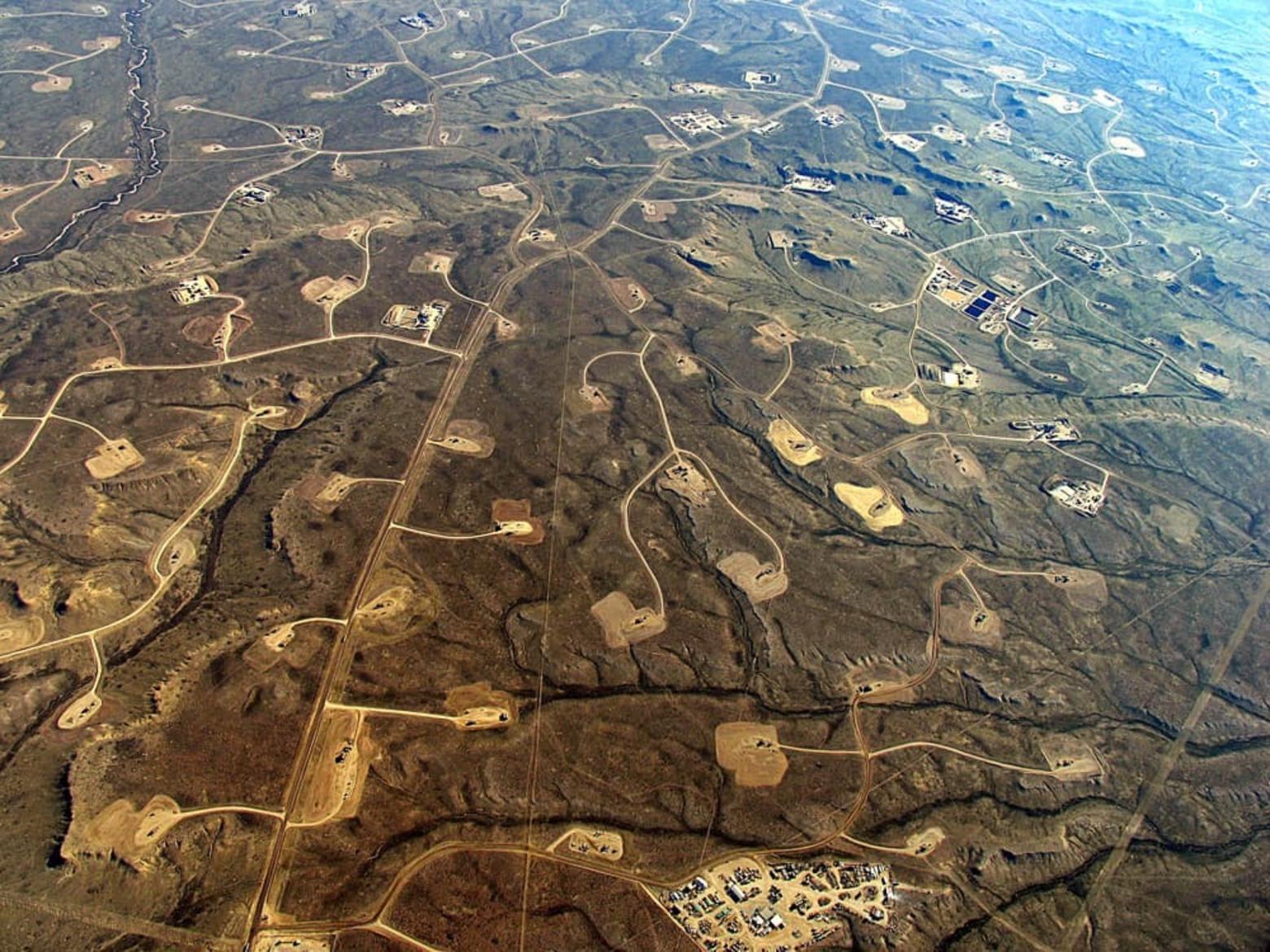 The Jonah Gas Field and Pinedale Anticline are examples of full-field natural gas development. They've come under severe criticism from conservationists for their impacts on pronghorn, mule deer and Greater sage-grouse. Another large gas field, called the Normally Pressured Lance, is moving its way toward final approval nearby. Photo courtesy Ecoflight (ecoflight.org)
Oil and gas companies cannot be the agency’s only economic concern. The BLM coordinates with hundreds of local communities across the West. In 2015, the agency identified 374,000 jobs and $88 billion in economic output tied to public lands. The benefits were spread across a broad range of land uses, including outdoor recreation, such as hunting, fishing and hiking. Local workforces depend on public lands in ways people might not expect. The land also provides field sites for scientists and heritage sites for Indigenous nations.
Over 97 percent of BLM employees live in communities adjacent to the lands they manage. Engaging broadly with elected officials and tribes, state agencies, county commissioners, interest groups, and user groups must continue to be their priority, just as it was when I was a state director. 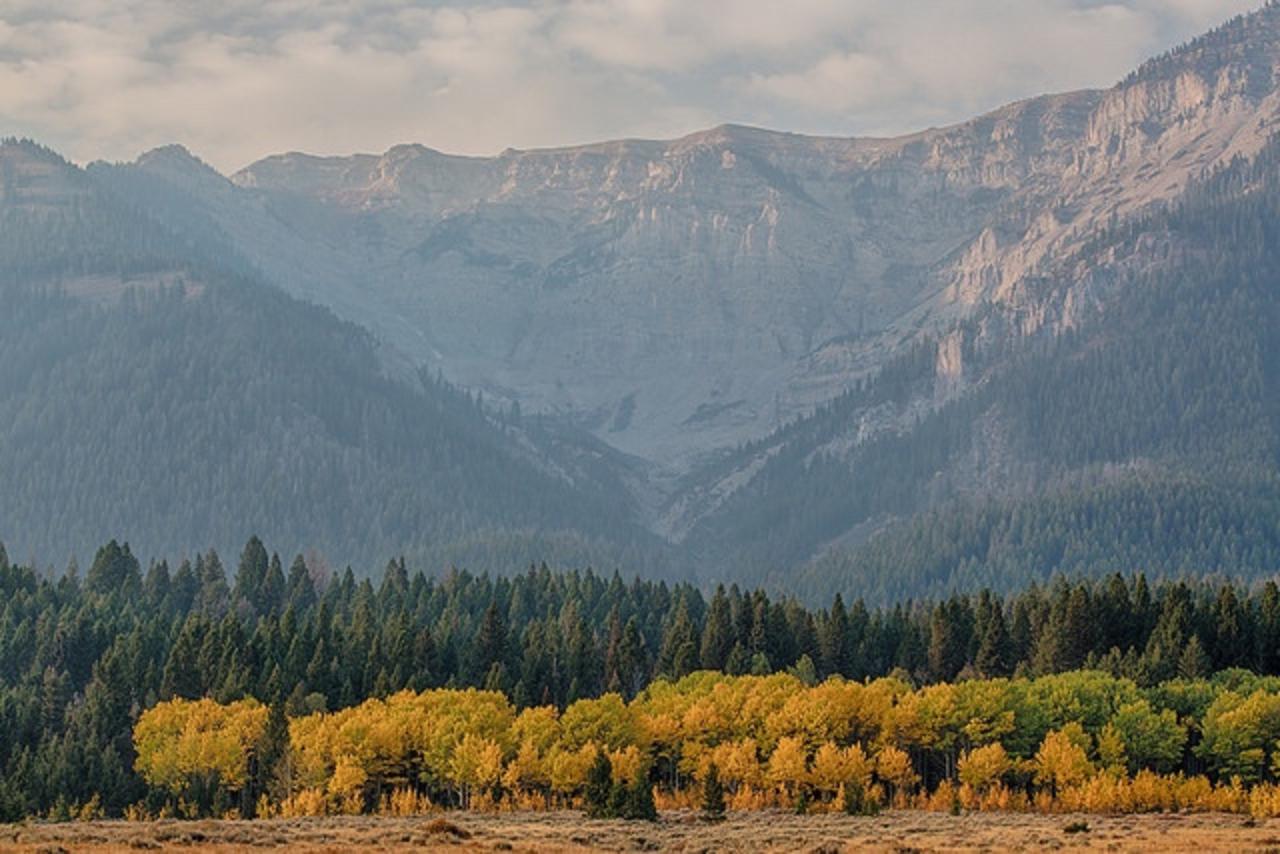 The Centennial Mountains Wilderness Study Area managed by the BLM in southwest Montana. It is part of a key biological corridor connecting Greater Yellowstone with the High Divide Ecosystem. Photo courtesy Bob Wick/BLM
Careful checking of facts on the ground, and dialogue with both neighbors and experts, helped us sense the public interest of a diverse society. The current administration seems to value short-term expediency over seeking and honestly representing community knowledge and opinions.
A century ago, a rock in Wyoming called Teapot Dome gave its name to a notorious scandal. Hoping to create a strategic underground oil reserve, then-Interior Secretary Albert Fall skirted public scrutiny and leased drilling rights to two oil companies that he had financial ties with. After years of congressional investigations and court battles, Fall was convicted of bribery. The current situation is not perfectly analogous to the 1920s, but it does provide us with a cautionary tale. Public awareness and involvement are good hedges against corruption.
Let’s all hope that the current BLM and Interior leadership listens to the people who are in touch with local communities and knowledgeable about public lands. Ultimately, let us hope the landscapes we love as Americans are handed to our children and grandchildren intact. After decades of service, I’m deeply disappointed by the direction the present BLM leadership has taken.
It saddens me to think about how dispirited many dedicated colleagues now feel. Many of them have scientific backgrounds and they know the present trajectory is not sustainable. Nearly all BLM employees are passionate in their desire to serve the public. We should respect them in doing so. 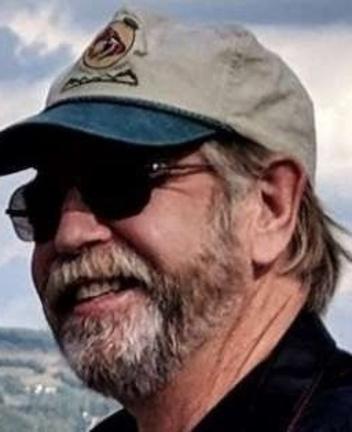 Jim Kenna retired as the California state director for the Bureau of Land Management in 2015 after 40 years of public service. He is currently based in Medford, Oregon, and serves on the board of the Conservation Lands Foundation.