Anatomy Of A Wake-Up Call: The Wealthy Need To Support Conservation

Tom Spruance, conservative businessman, describes what motivated him to speak up and try to protect the Greater Yellowstone Ecosystem. He says others need to, too 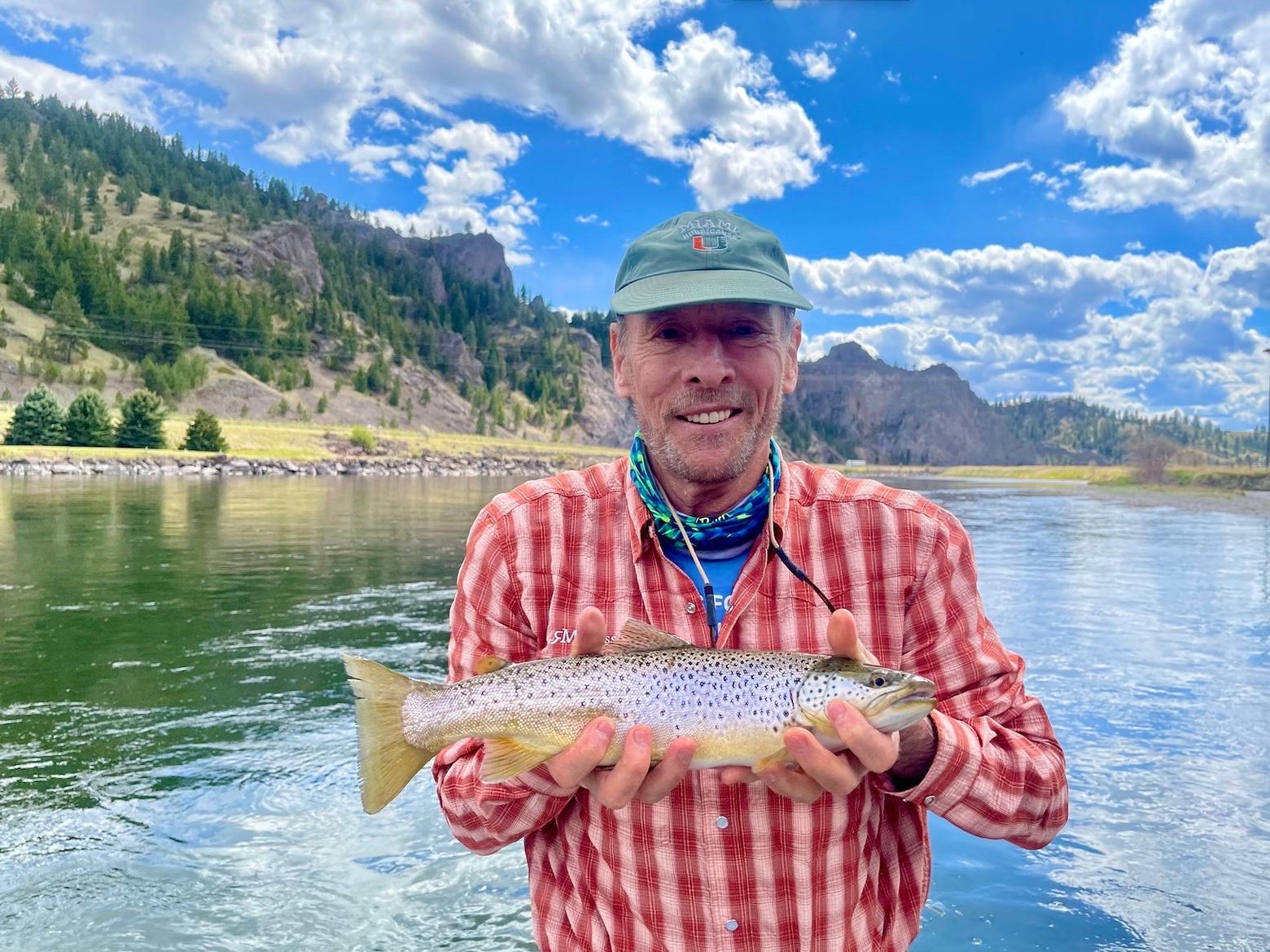 Besides helping Mountain Journal spread the word about threats to Greater Yellowstone and helping grassroots conservation, Tom Spruance says wealthy folk and developers need to stop sitting on the sidelines and give back by supporting land protection. Photo courtesy Thomas Spruance
EDITOR'S NOTE: The following essay appears as a prologue to Todd Wilkinson's new book,  Ripple Effects: How to Save Yellowstone and America's Most Iconic Wildlife Ecosystem. The piece also appears in the new free print edition of Outlaw Magazine magazine now on newsstands throughout the Greater Yellowstone region.
by Thomas Spruance
We continuously tell ourselves there’s no point in changing. Either we are too old to make a difference or too young to alter our present trajectory. Once upon a time, I subscribed to this belief, too.
I recently read an observation in a Mountain Journal story that came from Dennis Glick, a community conservation expert from Livingston, Montana, who has been tracking the epic changes bearing down on the Greater Yellowstone Ecosystem, the last best wildlife-rich ecosystem in the Lower 48. “Many people have relocated to Montana and Wyoming and Idaho from Colorado ski resort towns because their once intimate connection to nature has vanished from the bustle that has overtaken those places in the Colorado Rockies,” Mr. Glick was quoted as saying.
I am one of those people and here is my confession: The new edition of Mountain Outlaw is now out. "The Action Issue" is a collaboration with Mountain Journal.
I am a recovering seeker of the American dream who pursued it blindly, without reflecting on my own impacts and what they meant for vanishing wild places. If all of us became more ecologically aware, we could stop repeating the pattern of thoughtless destruction, but it will require inconveniencing ourselves. More difficult is that we push ourselves out of our comfort zones and see nature as being far more important than ourselves.
I, too, was drawn to wild places, as you no doubt are. At the age of nine, my father introduced me to the wonders and beauty of the wilderness as his father had done for him. After ﬂy ﬁshing for salmon on the Miramichi River in New Brunswick, Canada, and hiking endless trails above that river for many summers, I was “hooked.”
But it was more than just the love of the wilderness and ﬁshing. My grandfather, who designed our 100-year-old ancestral home in the historic Brandywine River Valley of Delaware, had built his life based on a love of nature.
In the 19th and 20th centuries, many believed wild places existed to provide habitat for the animals we hunted. They existed to serve our desires, according to the conservation ethic advanced by Theodore Roosevelt and others. Little thought was given to the survival of the non-hunted animals that certainly had their own intrinsic worth as creations of the same evolutionary processes that gave rise to us, and which we are incapable of engineering.
My father continued a family tradition of supporting conservation by placing the 25 acres which surrounded our home under conservation easement. His gesture left an imprint on me. It’s in my genes because in the late 1970s I built my own little lodge in Eagle-Vail, Colorado, 2 miles west of Vail. The skiing was great, but it was the summer trout ﬁshing, the hiking, backpacking and the tranquility of the surrounding wilderness that really drew me to the area. The highlight of my ﬁrst Christmas there was watching a herd of elk wander through my front yard.
Of course, Eagle-Vail appealed to many others who came. What followed was an incredible expansion of development around my once-wild home. The meteoric growth included more than 12 golf courses stretching down the valley, shopping centers replacing grasslands where elk herds had grazed, and then the opening of Beaver Creek and Arrowhead ski areas.
I never saw another elk. I doubt the skiers who come in winter and the mountain bikers who throng there in summer reflect much on what they are not seeing, or what’s been lost. Once a place is covered in human infrastructure, its wild essence can never be regained. And the fact is, most wild places have gone in that direction.

Eagle-Vail appealed to many others who came. What followed was an incredible expansion of development around my once-wild home. The meteoric growth included more than 12 golf courses stretching down the valley, shopping centers replacing grasslands where elk herds had grazed, and then the opening of Beaver Creek and Arrowhead ski areas. I never saw another elk."

Although my magazine publishing business in Vail continued to prosper, and my home was rented out to those who longed to experience the “magic of the mountains,” the ceaseless wave of development ate at the core of my original mountain-living dream. I sold my home in Eagle-Vail and started visiting Big Sky, Montana, with my son Preston who was then 9 years old.
I was on a quest to ﬁnd an area that would not turn into another Vail. Indeed, there is a prevailing conceit that if a place gets destroyed, all we need to do is pack up and move on to a less-developed place. Sadly, many great places have disappeared and I’ve had a personal awakening that the Greater Yellowstone Ecosystem is, in very real ways, the last one standing.
I wanted to pass along to Preston a home in a town surrounded by wilderness and all the wonders that would come with it—including the indescribable feeling of entering a world that belongs to nonhuman life forms. Greater Yellowstone is a region still sustaining creatures that have vanished from almost everywhere else. 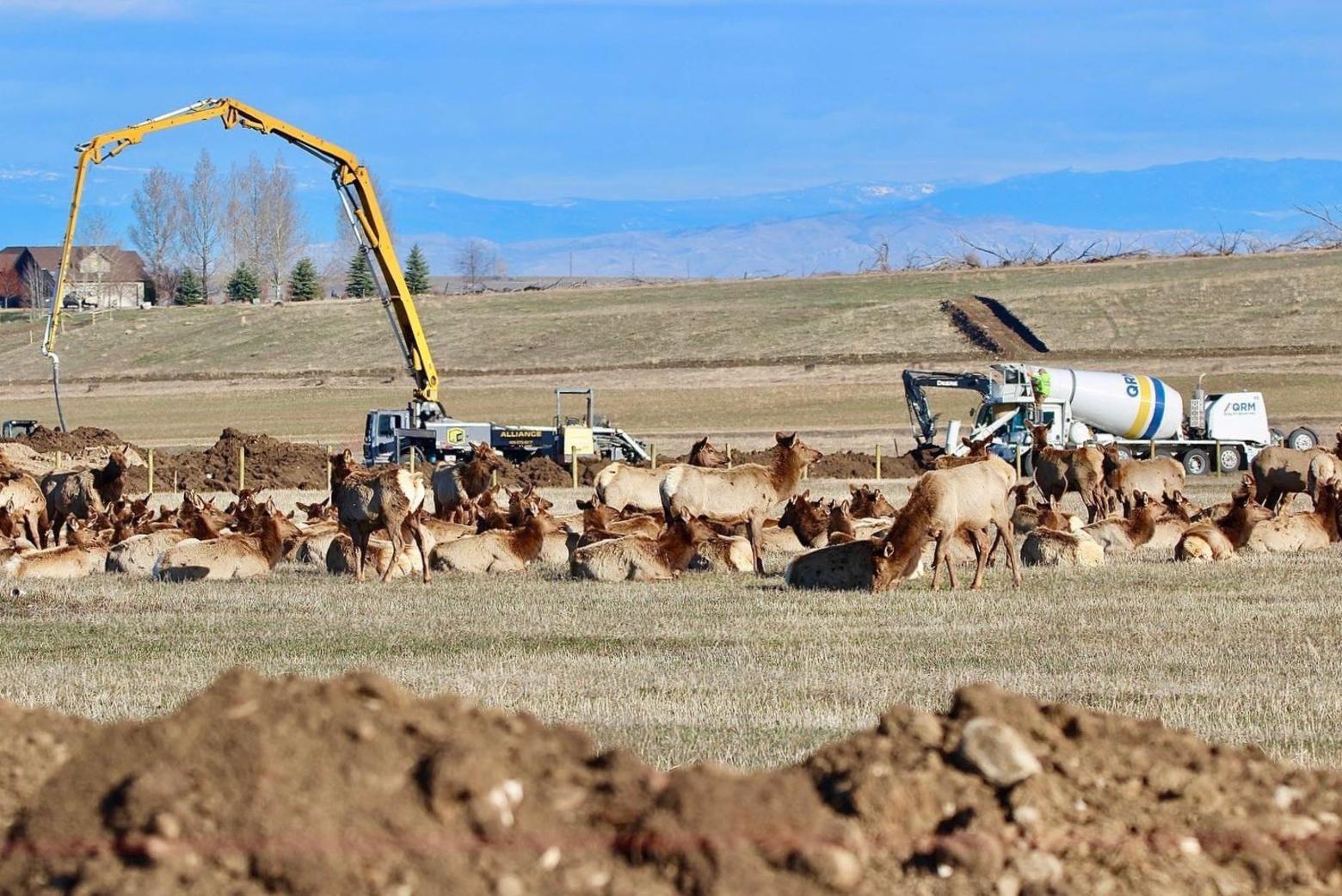 Spruance left Colorado and its largest ski area community because of the toll development had exacted on the natural mountain environment. At Vail, the elk herd is in trouble from a combination of habitat destruction and high levels of recreation use. This photo taken by Holly Pippel in Montana shows how similar development is destroying the ability of elk to migrate through parts of the Gallatin Valley outside Bozeman—owed to planning departments and city and county officials who have seldom seriously considered the impacts of development on Greater Yellowstone's renowned wildlife. Why is that? Spruance says that if citizens don't want their valleys to repeat the mistakes of Vail, especially given the world-class caliber of wildlife in the region, they need to speak up. To see more of Pippel's dramatic wildlife photography, check out her Facebook page; Facebook.com/holly.pippel
Conservation starts with doing what you love and letting that love transform you into a protector.Preston’s very ﬁrst Montana trout was a brown caught on the Firehole River in Yellowstone National Park.
At ﬁrst, Big Sky looked and felt like something special: “the place.” But instead of buying another home immediately, I joined some local organizations whose missions were to preserve the natural essence of the Gallatin River, liquid gem of the Big Sky area. As a member and contributor to several environmental/conservation organizations, I planned to assist in fundraising and promoting sensitive development in an effort to prevent the calamity I witnessed in the Vail valley. Our many summer and winter visits gave me the opportunity to experience ﬁrsthand the thoughtless path Big Sky was taking.

I decided not to purchase a beautiful riverfront lot near Red Cliff just south of Big Sky, an investment that likely would have been very proﬁtable. But ﬁnancial proﬁt was not my motive. Call me crazy, but I wanted to leave a natural legacy for my son and daughter, and that meant reflecting on my own impact."

Unfortunately, I began to observe the conundrum facing many local business owners and their families. The promise of personal ﬁnancial gain that came with growth and development outweighed the need to maintain the “wild things,” which had created the appeal in the first place and brought the development. A divisiveness grew within the community, between those who supported more growth and those who wanted to maintain the extraordinary sense of place, its wildlife and tranquility.
Hiking the trails around Big Sky, Preston and I noticed wildlife being overrun by off-road bikers and ATVers who did not notice the animals they were displacing. The decline in quality wildlife watching was disheartening and I realized the problem wasn’t my inability to see animals, but the question of why they were being displaced. 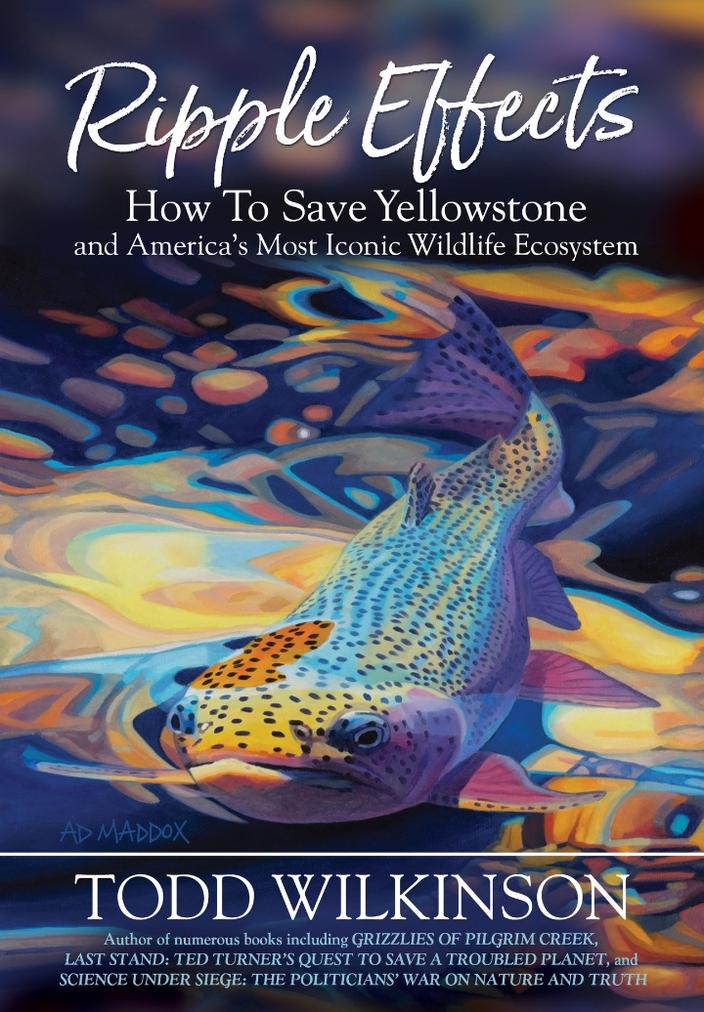 History was repeating itself and that pattern is spreading across Greater Yellowstone and the Rockies. I decided not to purchase a beautiful riverfront lot near Red Cliff just south of Big Sky, an investment that likely would have been very proﬁtable. But ﬁnancial proﬁt was not my motive. Call me crazy, but I wanted to leave a natural legacy for Preston, and that meant reflecting on my own impact. You may think this is just another tale of paradise being lost.
My conservation work in helping to rescue Yellowstone cutthroat trout from an invasion by non-native lake trout taught me the importance of getting involved and prevailing, when all seemed lost, over a seemingly insurmountable challenge.
We need to rally; all of us. Now is the time for mountain communities who share and value the wildness of wilderness to step up. Whether you are liberal or conservative, as I am, we all have a responsibility to consciously make space for nature in our lives.
As a dad, businessman and self-proclaimed steward of our precious wildlands, I hope my legacy will be as one who left the natural wonders of the Greater Yellowstone Ecosystem better than I found them. We have to open our eyes or we’re going to lose this priceless ecosystem and once it’s gone, no amount of money will enable us to ever bring it back.
What can you do as a call to action? Begin by reading Wilkinson’s book Ripple Effects: How to Save Yellowstone and America's Most Iconic Wildlife Ecosystem. It will make you aware of what's at stake. Then time to learn for yourself about the issues. Give back to nature, take a walk in the woods, cast a line in the water or whatever will cause you to care. Get together with family and friends and inconvenience yourself by supporting something outside of your comfort zone. Knowing the loss of Greater Yellowstone is happening, yet doing nothing, ought to induce guilt and shame. 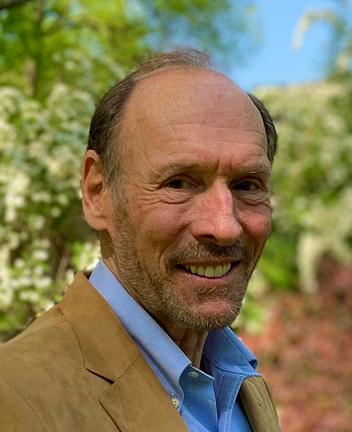 Thomas Spruance's biggest worry is the future of his grown kids. He has always been concerned that unscrupulous developers will gain the upper hand and pave over vital wildlife habitat and natural beauty—the very attributes that brought many people to the Greater Yellowstone Ecosystem and other parts of the Rockies in the first place. An avid trout angler and president of the Spruance Foundation,  Spruance believes the keys to saving Greater Yellowstone are citizens waking up to the threats and visionary problem-solving that nets results.
Over the years, Spruance has been a supporter of Mountain Journal,  the Gallatin River Task Force, Jack Creek Preserve and Yellowstone Forever—the latter in its effort to work with Yellowstone and other partners in containing exotic lake trout in Yellowstone Lake. His biggest focus here days is on private lands. "The business community needs to be part of the solution. I say this as a person who has been involved in business and politics as a political conservative myself. There’s a conundrum that faces the families and business owners; they are benefitting from the growth and development, but yet that growth and development is causing a big impact. I’m hoping people don’t just give up hope."