At National Elk Refuge, Pondering The Winter That Was, The Spring That Is

As her project 'Watercolor Diary' heads toward conclusion, Sue Cedarholm paints a vision of wapiti 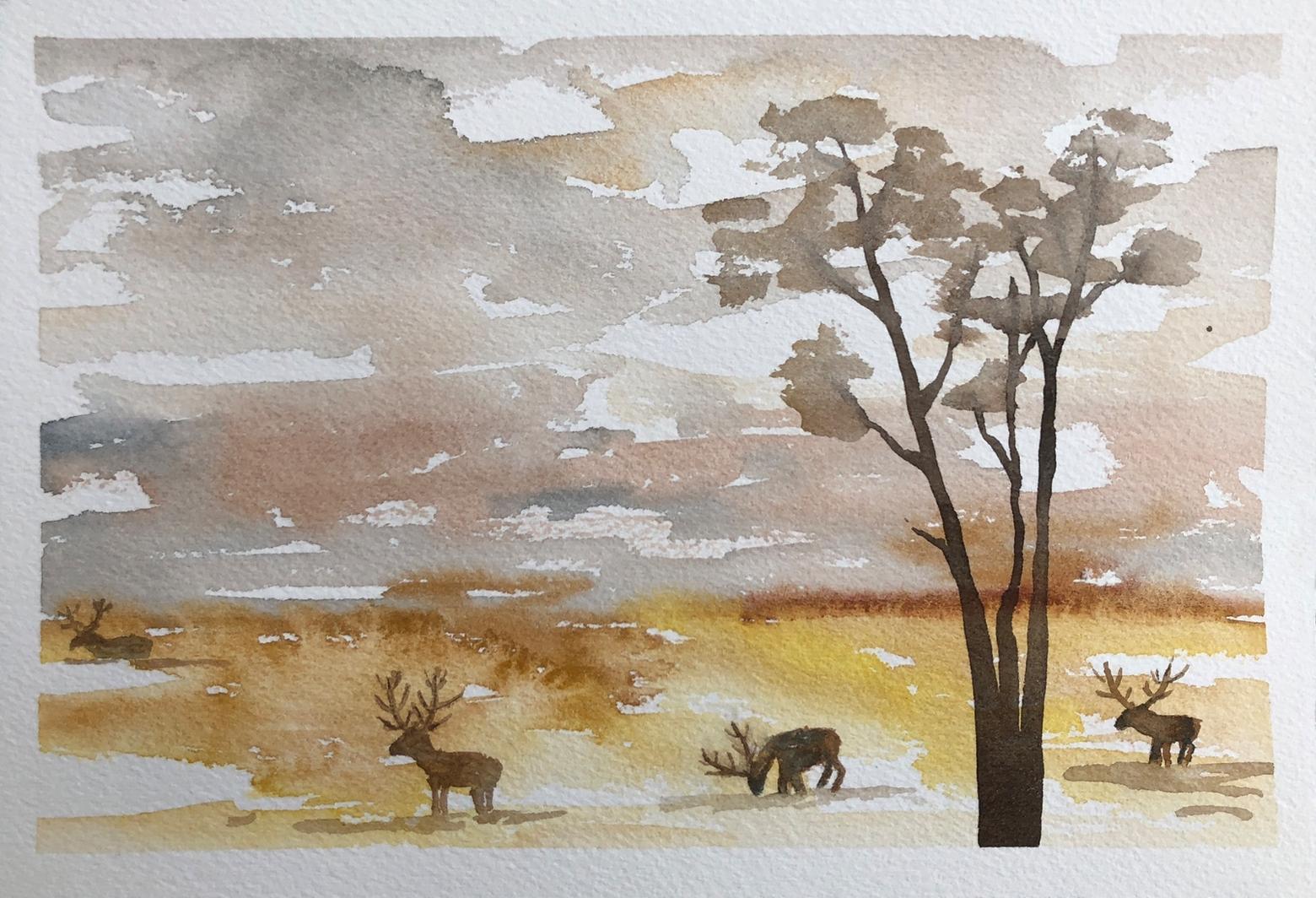 "Elk Refuge" by Sue Cedarholm
You know it is springtime in the Jackson Hole when the elk start dropping their antlers and the bluebirds arrive. As the snow melts the elk will begin their migration back to high country. Usually there are over 8,000 elk on the National Elk Refuge during the winter months.


But this year was different. For the first time in 37 years the elk did not receive hay or alfalfa pellets as supplemental feed. We had such a mild winter that wapiti were able to forage naturally on the refuge and on the nearby hillsides along the slopes of the Gros Ventre Mountains.
Still an estimated 10,255 elk found their way to the refuge, more than 5,000 over the refuge's desired population count both to reduce resource damage on the refuge but to minimize ripe conditions for fostering the spread of disease. If you want to know more about the downsides of feeding elk, read Mountain Journal’s series on Chronic Wasting Disease.


Biologists say elk arrived much later in the valley due to the warm fall and later arrival of snow. However, some things did not change. The elk annually travel from as far as Yellowstone, the northern sections of Grand Teton National Park and the surrounding Bridger-Teton and Shoshone national forests to the refuge.  During that journey through the national park they were still subject to the “elk reduction program” i.e. the controversial hunt. 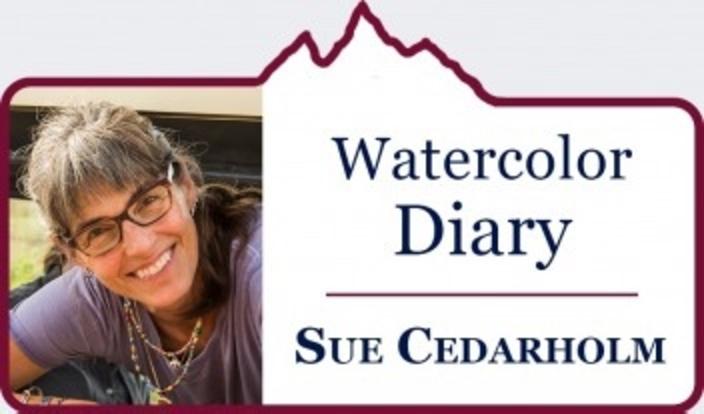 Elk have learned to graze in the fields during the night and head back into the deep timber during the day. As the hunters begin their fall pilgrimage to the Teton area and shots are heard you will observe huge groups of elk frantically galloping across the open areas hoping for safety.


Once they arrive on the Elk Refuge, all is still not safe. There is hunting on the refuge, too. By then, bull elk have just finished the rut, they are exhausted and hungry as they head to what I believe should be a place of peace. They need to graze and rest to be ready for winter.


Because of our hard winters, deep snow and freezing cold temperatures the elk do struggle under stress. Last winter, one of the snowiest in recent record, 310 elk died, 210 of which were calves. No one wants to see the animals die yet feeding the elk and not having them naturallly winter kill creates the problem of too many elk for the ecosystem.


Going out and stalking an elk to fill your freezer is a time-honored tradition. With the reintroduction of wolves and rising numbers of grizzlies in the area the Greater Yellowstone has dynamic interactions between predators and prey. People are predators of elk, too.


Soon, my project of trying to paint one new piece almost everyday over the course of a year is coming to a close. I’ll try to share what I’ve learned in a coming piece.