A Daughter's Ritual To Make Peace With Her Mother's Death

After losing her elder to dementia, this client of Timothy Tate finds relief in dreams and fire 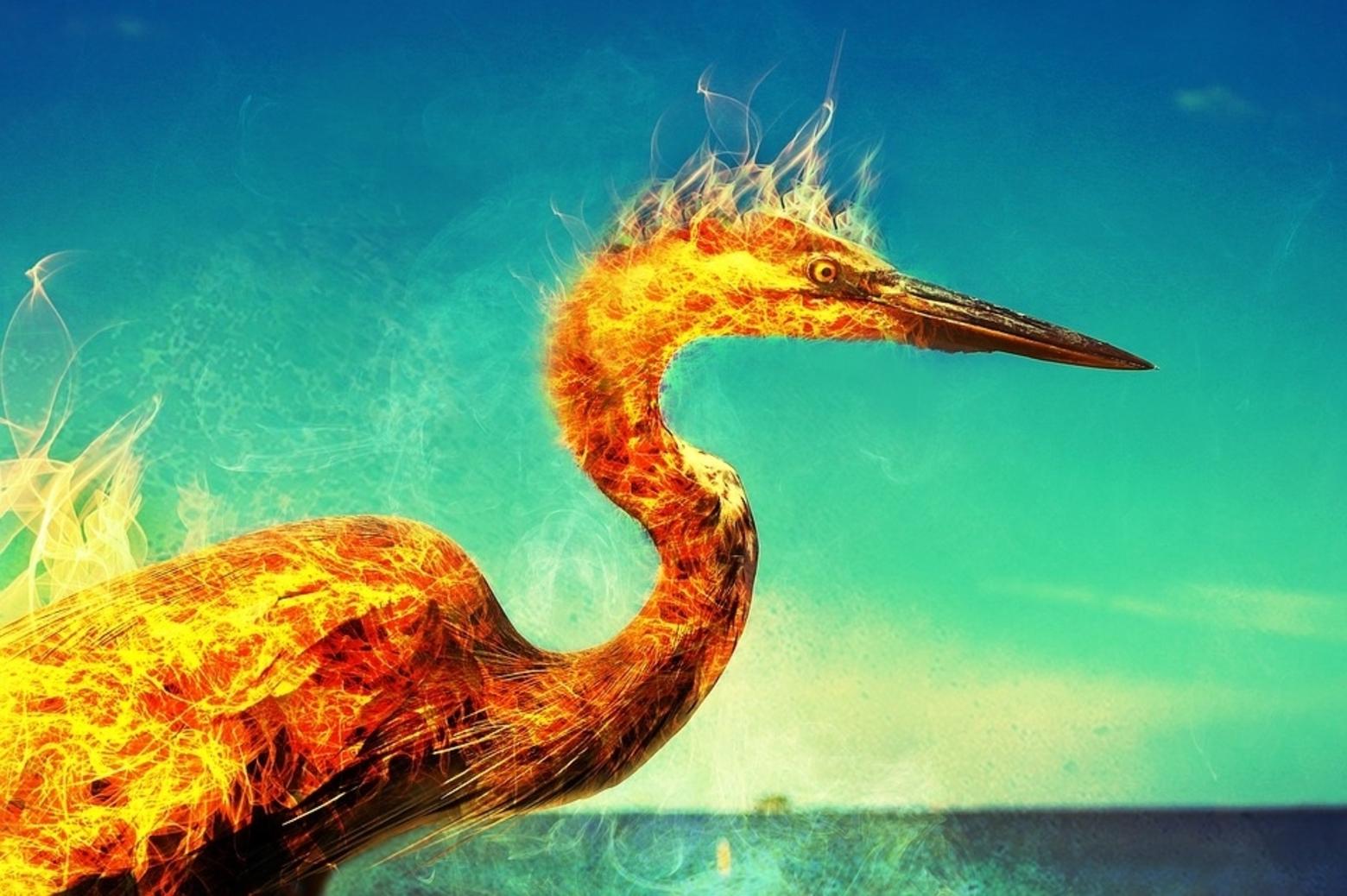 Among the most agonizing aspects of dementia for survivors is losing the two-way relationship, watching the close bond solidified over the course of a lifetime with a loved one steadily slip through the fingertips. It also reminds us how fundamental brain function is to our existence, as it enables us to move coherently through time, emotion and space with other people.
In the last column, we left off with a daughter reflecting on the caretaking of her mother. We encountered her sense of unspeakable loss and the grief surrounding her mother’s onset of dementia and eventual death.

For the daughter, who has been a client of mine, we created a sense of ritual to help her cope with, process and consecrate the meaning of this challenging human ordeal. 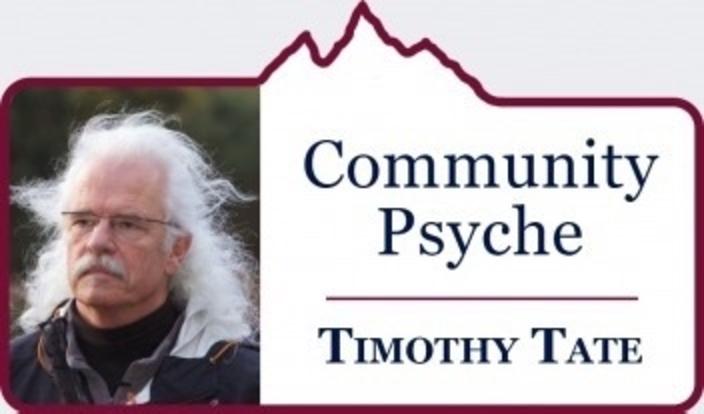 Flooded by the demands of making critical care decisions for her mother's worsening condition, tending to the responsibilities of raising her own children and dealing with the pressure of her being a professional working woman, all she could do was keep her head above water.

This is generally the way we process events in our lives: our brains synthesize perceived stimuli into patterns that make sense. Our minds try to create meaning and a sense of purpose that we can abide. Meanwhile, our psyches embrace the invisible world of our place in the cosmos attending to the needs of the brain and mind but not limited to their conditions.

Each of these internal domains require attention, especially during times of stress, and even though the brain is the current focus of science, there are times when no amount of “facts” can account for the experience one has when facing the loss of a loved one. Just as in the last column, I invited my client to share some thoughts of what she was going through.

Here, in her own words, is how she took her next step.

“I had never held an axe before.  My mom and I camped a lot.  We were fortunate.  She was a teacher and had the summers off. We had camped our way from Alaska to Mexico and from the Pacific Ocean to the Missouri River. My mom always held the axe though.  She would chop the wood for campfires, and I was always in charge of gathering the kindling. We would chatter the whole time we built a fire talking about life and sit around until late in the night roasting marshmallows. My mom loved to roast marshmallows.

"As the one-year anniversary of changing my mom’s care plan approached, it seemed my grief and anxiety grew stronger every day. I had lost me when my mom died. Who was I? What did I want in life moving forward one inch at a time?"

As the one-year anniversary of changing my mom’s care plan approached, it seemed my grief and anxiety grew stronger every day. I had lost me when my mom died. Who was I? What did I want in life moving forward one inch at a time?  I had spent the better part of the year working with Tim through the grief and guilt I felt making the life choice for my mom upon her request (see my Mountain Journal column that set the stage for this one, Remembering The Ties That Bind) and learning to live with the loss of my best friend.

But, I reached a point at which I couldn’t find closure.  One night I woke from a dream.  The dream was only a mantra, loud, and pounding in my head and heart. ‘Don’t die in the shadow of the mountain of death.’  I had made a literal decision; the decision to help my mom escape dementia. Over the next 11 months, I was beginning to come to terms with the psychological reality of my decision and the loss of my mom.  But I could not shake the feeling that I was coming undone.”

° ° °
I pay close attention to the mental/spiritual capacity of my clients. There are moments in our time together behind the Blue Door when it is clear to me that regardless of the person’s rational or emotive skill set they are unable to be at peace with their decisions or experiences.

Inevitably, this is where our inner dreamer steps in and gives us an image, dream, or riddle to challenge us creatively. The dream snippet or mantra that this woman received told us that we needed to find a path away from the shadow of the mountain of death.

So often trauma sets into our psyches in a way that could be avoided. Trauma is pliable up to a point, but once it sets, it becomes the grist for what we now call Post Traumatic Stress Disorder. My client’s trauma had not yet set; it was still wiggly, exposed, and worked.

Confronting the causes of trauma and its manifestations are difficult but doing so can be transformative, for it is an opportunity to become unstuck if the present involves agony. Suffering is actually a precursor to the experience of what we call the sacred. The words sacrifice and sacred are related. In my mind the sacrifices that my client, a daughter, made for her mother weighed in the balance of the profane and the sacred.
In other words unless we bring a deliberate intentionality to the trauma and suffering we experience such times can corrupt into a profane or degraded state. But sacrifice is the act of making a loss sacred. Sacred here means that we craft the awful into the meaningful through conscious ritual and ceremony. A challenge to our increasingly humanistic world is to take care and responsibility for conscious rituals rather than depending on unconscious rote institutionalized religious rituals.
The act of creating rites, rituals, ceremony, and the solemnity of the sacred is often referred to clergy or esteemed healers. There is a place for individuals to wrestle with what it would take or mean to fashion their own unique rituals guided by the wisdom of my tending to such needs over the last 40 years.

Indigenous healers tell us that one has a choice to either bury an object that symbolizes the loss or to send it down the river or burn it in a hot fire.

People in my practice have traveled to the grave of their father, who passed while in conflict with the son, and bury a treasured object by the father’s headstone, or have written a poem to their mother who was ravaged by cancer AND died way too young, and stood by the banks of the river and set her words afloat downstream. My client needed a more visceral ritual to let go.

The following is the story of how she discovered it.

“My mom was a powerful, gifted woman. She was incredibly smart, quick-witted, and loved being a mom and a teacher.  She loved children.  She loved their creativity.  She loved caring for children and fostering their imagination.  With her dementia, she lost her ability to care for others. Many individuals with dementia, I learned, struggle with some form of distress.  My mom desperately wanted to still take care of me and my kids but was no longer able. The frustration this caused was immense.  One of her caregivers, a true angel, suggested doll therapy. It can be controversial, but my kids and I bought a baby doll for my mom. The doll allowed her to be nurturing and in charge and allowed her to remember many good times she had when my brother and I were young.

My kids named the doll Mike.  My mom loved Mike.  She cooed over him, fed him, and rocked him to sleep.  She would shush us when we were making too much noise for fear we might wake up Mike.  She didn’t remember Mike until he was placed in her arms, but Mike would provide her comfort for an hour or a day.  I had a love-hate relationship with the doll.  I was so happy he provided my mom comfort and so angry at my mom’s dementia that she didn’t recognize that Mike was just a doll.  Mike represented dementia to me, the ugly, demoralizing part of dementia that took over my mom’s beautiful self.

"I had a love-hate relationship with the doll.  I was so happy he provided my mom comfort and so angry at my mom’s dementia that she didn’t recognize that Mike was just a doll.  Mike represented dementia to me, the ugly, demoralizing part of dementia that took over my mom’s beautiful self."

In one particular session, as I continued to struggle, Tim explained the importance of rituals to me and suggested we use a ritual to close the circle. Tim and I had talked about Mike, and when I proposed that we burn Mike, we both grinned like cheshire cats. It felt right to burn Mike.

Much of the grief literature suggests choosing three friends that you can rely on that won’t get tired of your story or your tears.  One of my three friends that had picked me up off the floor so many times I had lost count, wiped away my tears, and kept me moving forward embraced the burning of Mike.

She and I went to her family’s cabin in northern Montana on the one-year anniversary of the day I changed my mom’s care plan.  She taught me how to hold an axe.  She placed Mike on the chopping block and yelled encouragements and crazy cat calls while I chopped off Mike’s head.  She held me when I sobbed.  We took all of Mike’s burnable parts and built a fire.  She brought marshmallows in memory of my mom.  We roasted marshmallows over Mike’s remains and talked about life.

Chopping off Mike’s head and burning him allowed me to let go of the hatred I had for my mom’s dementia, what it did to me and my family, what it did to my mom.  I stepped in a new direction after that day.  I let go of the dementia.  I worked hard to replace all of the horrible memories associated with the disease with memories of my kind and loving mom.  She was my best friend.  There are so many amazing memories.

Just after the anniversary of my mom’s death, I had another dream.  It was similar to my other dream; it too was only a mantra, loud, and pounding in my head and heart…’You didn’t die in the shadow of the mountain of death’.”
EDITOR'S NOTE: Heron image courtesy Creative Commons (https://pixabay.com/en/phoenix-flames-heron-bird-2733938)
Read the first part of Tate's column, Remembering The Ties That Bind: A Daughter Copes With Her Mother's Dementia