A grizzly bear preys on a bull elk in Yellowstone. Rare to see, it's one of the things that makes Greater Yellowstone extraordinary 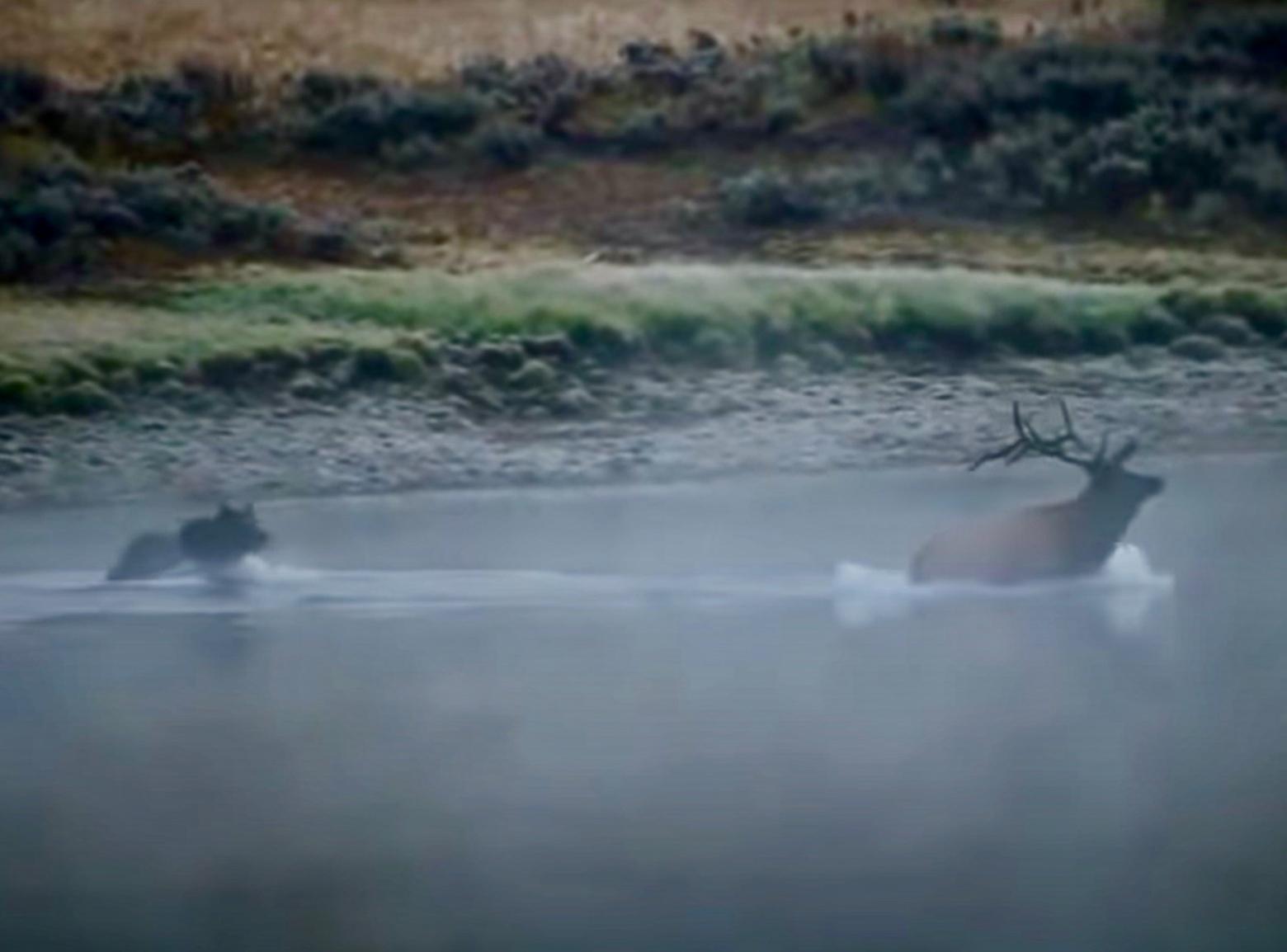 Still image from BE Judson's video posted on youtube
Every magnificent game species—animals we enjoy seeing today in Greater Yellowstone—is a product of being time tested by predators: bears, wolves, mountain lions, coyotes and, of course, people.  It is what makes them truly wild, elusive, hardy and magical. Humans likely wouldn't tolerate such scenes like this to play out on suburban golf course fairways or in their neighborhood back yards. For good reason.
The location for this video, shot by BE Judson, above, is Hayden Valley in the geographic center of Yellowstone National Park.
To some viewers, beware, this scene may be hard to watch and if you are concerned about your kids being affected, don't call it to their attention. But it's untamed nature—the largest mammalian predator preying on the second largest member of the deer family (elk)—and it doesn't happen in very many places in the Lower 48 in 2020. In the background you can hear other bull elk bugling. It is wapiti mating season in our oldest national park and the rest of the Northern Rockies.
There's a reason why Greater Yellowstone is called a smaller American version of the Serengeti and the public lands that make it happen are a national treasure that belongs to all citizens, part of our common natural heritage.