Gardiner, Montana may be reeling but with this year being its 140th anniversary, a local elected official says it's the perfect time to stage a rally 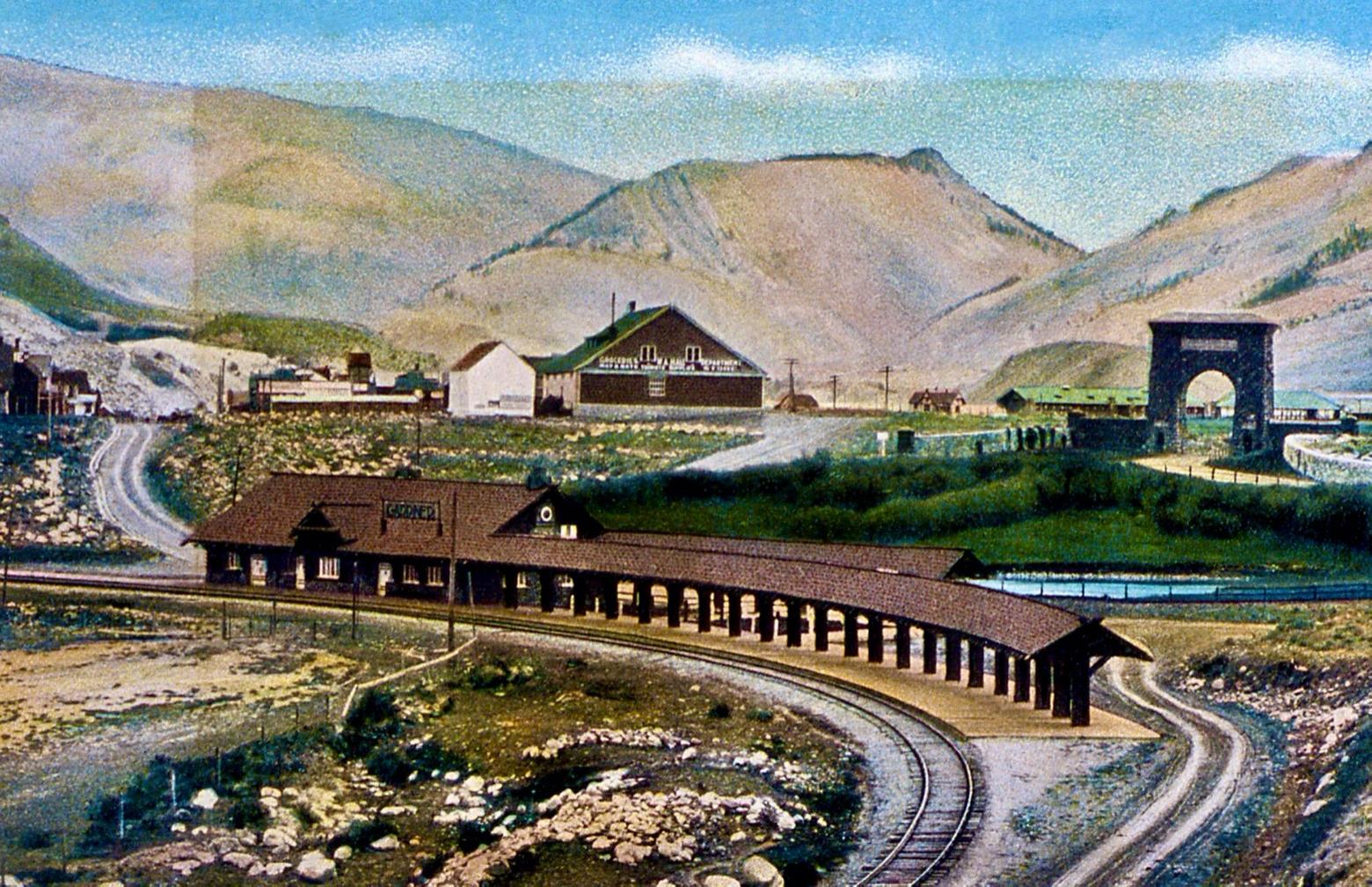 A photograph by Frank Jay Haynes, taken for the Northern Pacific Railroad, of Gardiner, Montana on the front doorstep of Yellowstone at the turn of the of the 20th century. Back in those days most visitors arrived by train. Today, the train station is gone.
James McCartney scratched out a townsite on Yellowstone’s northern boundary in 1880. He’d built a hotel near Liberty Cap at  Mammoth Hot Springs in 1871. Things got complicated when the park was created a year later. He was invited to leave in 1879 and headed down the hill.
McCartney laid the town of Gardiner out tight against the East-West line that anchors the Park. That line is set at the confluence of the Gardner and Yellowstone Rivers, right there behind the bunkhouse. That’s the Spot, identified in the legislation that created the park, that defines Yellowstone’s location on the planet. I believe that Spot to be the actual and metaphorical ground zero for Yellowstone, and so for the global national park movement.

McCartney didn’t factor in any kind of buffer. The exact location of that East-West line is still a little mysterious but it was true, within a foot or two, that when you stepped out of the Goose you stepped into Yellowstone -- unless you slipped out the back alley, not a bad choice if you weren't on your best behavior.
Gardiner turned 140 this year. Mr. McCartney is long gone but some of our neighbors have been around for half of that, some of us for a third. Many more are in an earlier phase of life, building a Gardiner timeline that will take this community into the future. They’ve got next and we’ve all got now. Settling here is harder than it used to be. It can’t happen without a roof over your head and home prices have little to do with local wages any more. It takes a fierce connection to this place, a lot of determination, and maybe some luck to work it out. That cuts straight to who we are.

July 2020 had to have been among our roughest in these 140 years. Park Street has burned before, and worse, but this came on top of the persistent threat of a global pandemic.
It’s a lot. A whole lot. But when the chips are down, Gardiner steps up.
The Park County Sheriff’s office showed up at the Two Bit for the initial report and started the fight. They’ve been on the scene continuously since that moment. That's 5 days and counting at a time when the rest of the county is July-busy.
The Gateway Hose Company, Gardiner’s finest, is an organization that's had Gardiner's back since 1905. These volunteers are your neighbors and they serve on their own time and their own dime. They choose to put themselves in harms way to look after us 24/7/365. They made their stand on Park Street, and have pulled some all nighters even as they continue to cover our emergency medical needs. These local volunteers do more of the heavy lifting around here than you can imagine. 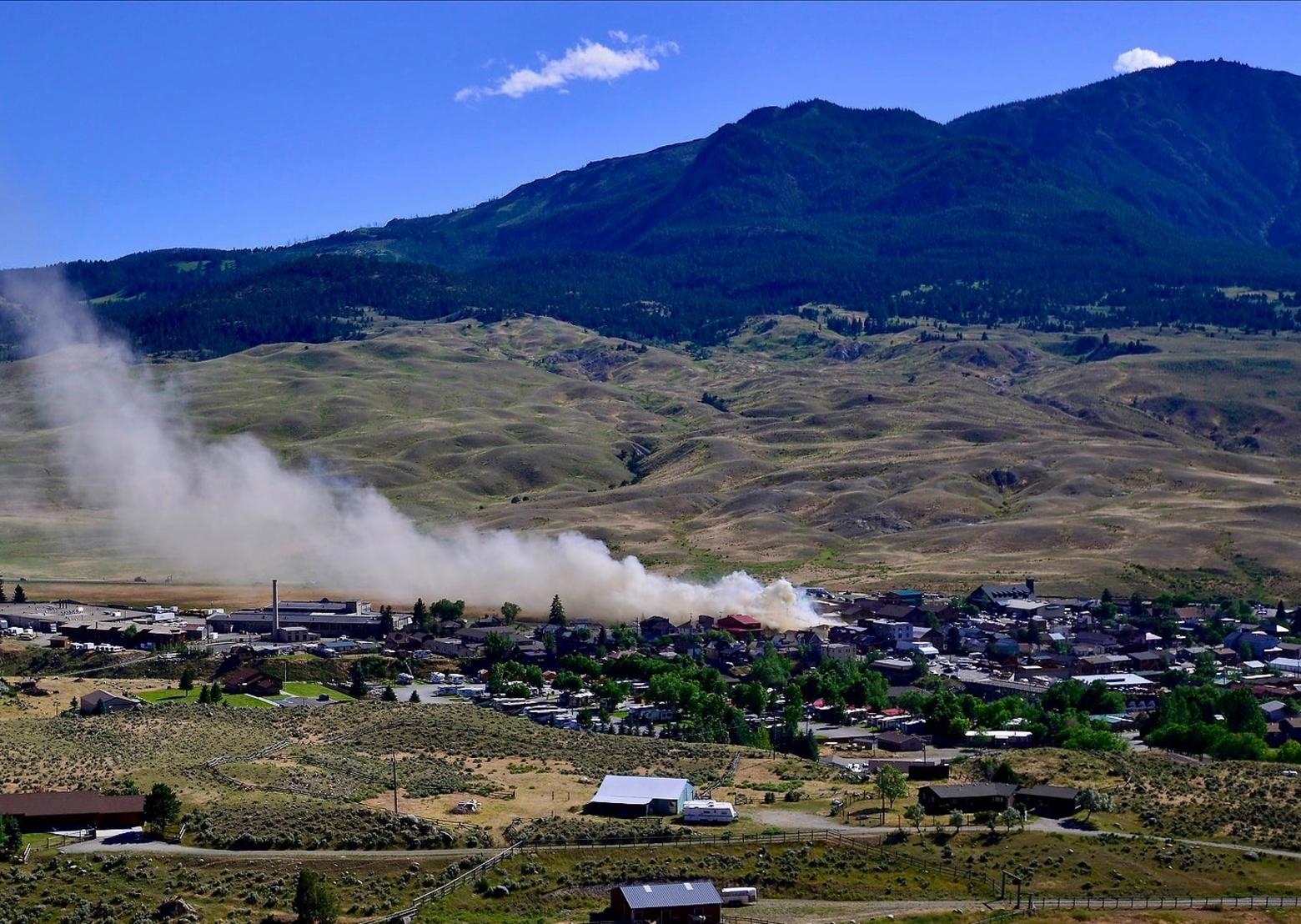 The fire that started burned through the night along a historic street fronting Yellowstone. Photo courtesy Braeden Roesler
We owe a debt of gratitude to our neighbors from the North and South. Crews from Paradise Valley and across Yellowstone Park brought the skills, capacity, and tenacity to team up to stop the fire, all held together by the professionals at dispatch. In a game-changing act, it couldn’t have been easy to climb into the cab of that excavator and reach over that East-West line with the bucket to pull the Goose down, even as it was on fire, to save the rest of Park Street.
The good citizens and businesses of Gardiner and Mammoth stepped up to provide food and support to the emergency responders, shelter and food to the displaced, and are blowing past the GoFundMe targets to help those who have been hit hardest.
Red Curtis left us two  months ago. He passed stories of his Gardiner timeline to the next generations from inside the walls of his beloved Blue Goose. The Goose left us last week, taking a hit for Gardiner and spilling on to Park Street like so many satisfied customers and the occasional fight over the years.
It will be awhile til we can stand down. Some of our neighbors have been hit hard. There’s a gut wrenching hole in Park Street and it’s peak season. Even as those who worked at the Yellowstone Raft Company, the Two Bit, Rosie’s, the Goose and the Perk are reeling, other businesses will be stretched thin to meet the needs of visitors and locals the rest of the year.
Relief efforts are happening and will evolve over time. It does, actually, take a village. It always has.
This is personal. The stories being told about these iconic Gardiner establishments represent a rich slice of our culture. We should probably grab the stories being posted online in case Facebook doesn’t stand the test of time. 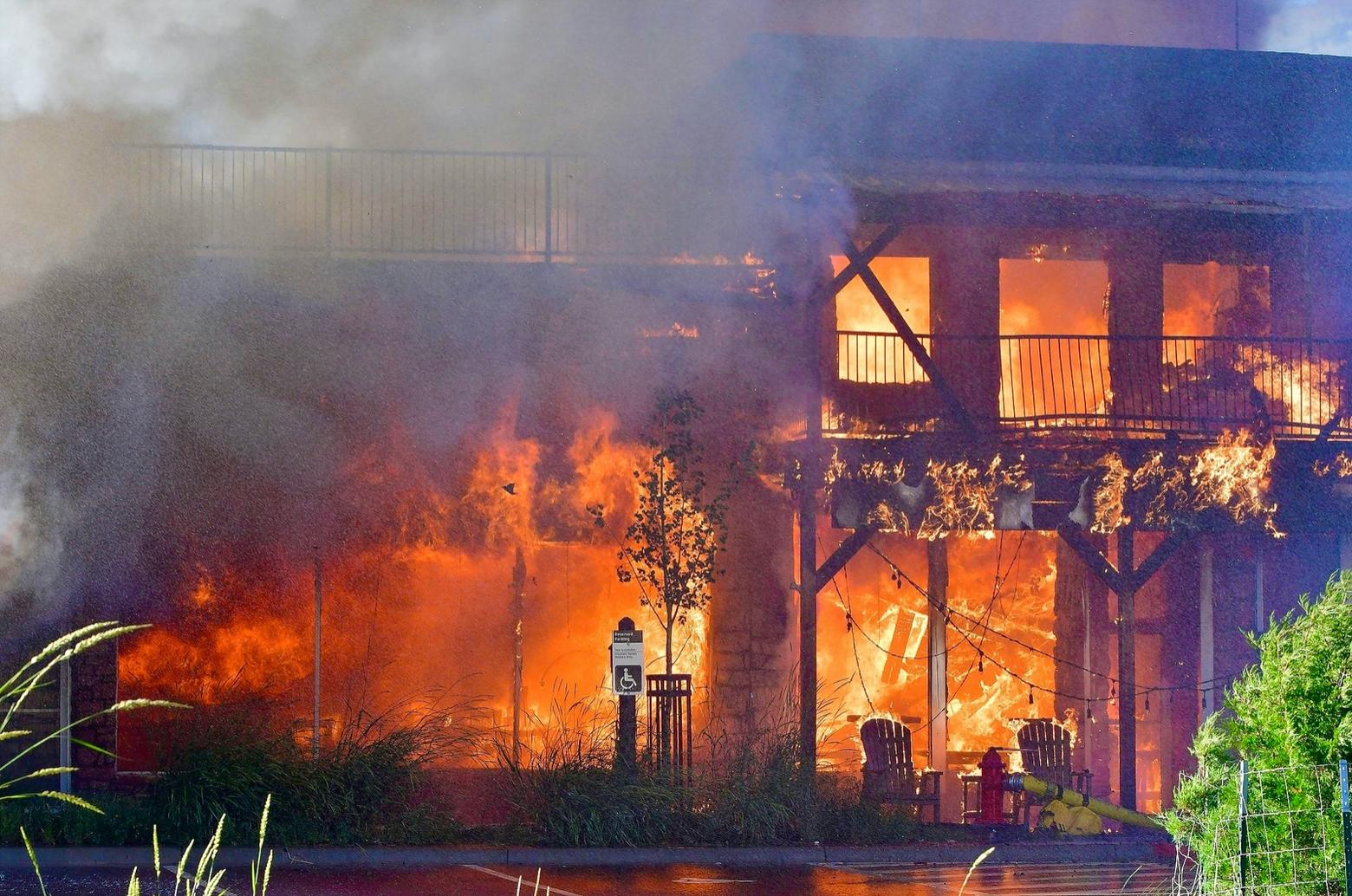 Photo of Gardiner fire courtesy Braeden Roesler
My first pass through the Arch was on June 13, 1972. I was checking in for a summer job in the park. I’d never been to Montana or Yellowstone. The drinking age here was 19 and I had just reached that number. I had my first legit beer at the Two Bit that night, served on that beautiful piece of woodwork that was privy to so many Gardiner secrets. In a twist that was so unfair Montana raised the age to 21 the next year.
A few decades later it became a point of pride when a group of us got kicked out of the Two Bit before 9 in the morning. It turned out that the cook had been in a recent law enforcement encounter with Colette. He took his revenge by refusing to serve us breakfast. He sent us packing by the power vested in him by that grill in the corner.
There are some holes in Park Street where a lot of memories go. We’re mourning the end of an era. At a young 140, there are more stories ahead for Gardiner than behind us. It’s on us to use this set-back to step up for that future. There is opportunity in those ashes.
Yellowstone will celebrate 150 years in 2022. There’s already talk of using that milestone to sharpen the focus on Gardiner’s historic core and strengthen our community. Thoughts?
We’ve got this.
EDITOR'S NOTE: The following link offers ways that readers can help Gardiner rebuild. 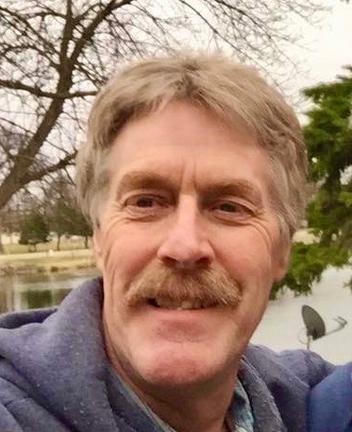 Bill Berg is an elected county commissioner serving in Park County, Montana, which extends from Yellowstone Park northward past Livingston. He lives in Gardiner. Earlier, Berg worked for the National Outdoor Leadership School, served as a backcountry ranger in Yellowstone and had a year-round job with the Yellowstone Park Service Stations. He founded a business called Cool Works that "helps people find jobs in great places." He ran it for 22 years until selling it to a couple of employees in January 2017.