Exploring The Causes Of Groupthink

Timothy Tate: What happened at the US Capitol is symptomatic of social anxieties that pervade politics and environmental issues, too 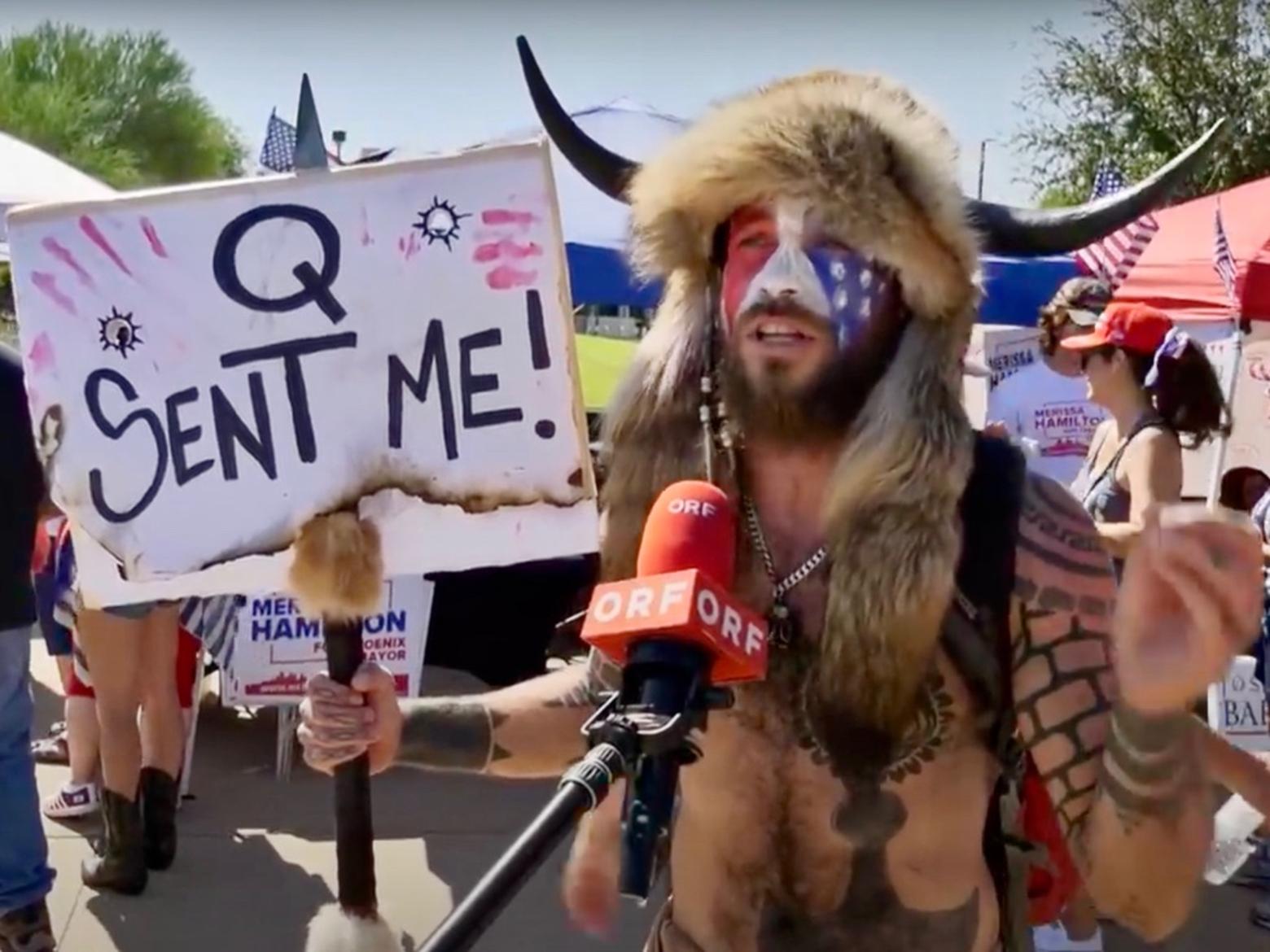 by Timothy Tate
It is part of the human condition to wonder why another person does not see the same world as I do.
Nationally, we have one political party in the White House and that same party holds a narrow majority in both the House and Senate. In Montana, Wyoming and Idaho, we have governors who are members of the other party, which also has convincing majority control of both the Houses and Senates in those state legislatures.
As America turned somewhat bluer, our region, if you look at the color-coated hues of our states, is bright red. The way that the differences get sorted and reconciled will have huge impacts on the personal lives of real people, and it is those people that elected officials are supposed to represent. Occasionally some of those constituents, who hail from multiple different kinds of ideologies, make visits to my office and they are in distress.
How can people with differing identities and conceptualizations of reality align? In particular to us in the interior West, there are issues we navigate every day in the Greater Yellowstone Ecosystem. How does an urban environmentalist, raised in a city, even begin to understand the perspective of a rural rancher who might be land rich, cash poor; or a Democrat of a differing belief system in a neighbor who happens to be Republican, or a youthful high school graduate, a whole adult life in front, looking upon a grandparent who has far fewer years ahead than behind?
Or, vice versa.
Today we are dealing with more than superficial differences but instead conflict that is registering at a mass level between factions with conflicting notions of truth, facts and values. My head turns askance whenever I hear that one side claims “the crazies” are taking over. 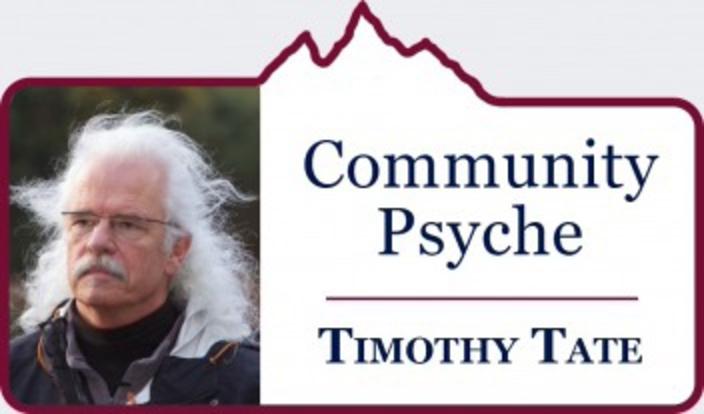 The image of fellow citizens violently invading and then occupying the hallowed halls of Congress is seared into my brain, this defiling of the very place where our democratic ideals are enshrined. The Founding Fathers (as if they weren’t solidly counseled and supported by  spouses) applied enlightenment ideals, couched in the history of rational thought, originating in the Greek, Roman and yes, indigenous cultures of the Iroquois Confederacy, to frame the steadfast tenets of this democratic republic’s foundation.
Our common sense in the modern age has been fortified by rational, science-based methods and they have been depended upon to yield a patchwork of common ground in the brave new world.  Where is that common ground when we need it?
Let it also be said that a still-unreconciled part of the duality of America is our inability to deal with the fact that the map of our common melting pot nation happens to reside across the fluid homelands of hundreds of different tribal nations whose human lineages goes back ten millennia, not a mere ten generations.
People in this community, people in all communities, are anxious by the tone being set by our elected leaders. There is a question that weighed heavy on my mind between the day of the US Capitol insurrection and the presidential inauguration:  How is it that after 245 years of the US as its own stand-alone entity could the cherished heart of government be so wantonly desecrated by a mob representative of what we might call a Mass Delusion, a form of hysteria?
How could millions claim a national election was stolen, yet  be unable to produce no evidence to support their claim? How could politicians help enable it to happen? Are there not consequences, and would such behavior be condoned if it were carried out by the other side?
This lack of evidence is not the same as a believer having faith in an afterlife, and if one wants to get religious, I can say that as a minister’s son there is a linkage here to the Ten Commandments—the not bearing false witness against thy neighbor. What it means is you shouldn't make things up then use it to injure another. In our region, where environmental issues often flair, we see the rhetoric of factions every day, opinions wielded without veracity or accountability.
Delusion can be characterized as a mental disorder but it doesn't have to be. Charles Mackay, a Scot journalist, wrote a book about the puzzling phenomena of mass hysteria in 1841 titled: Extraordinary Popular Delusions and the Madness of Crowds. It was a first reference that popped up when I began exploring this topic.
Mackay sought to debunk not only superstitious flights of fancy but Medieval beliefs relating to faith healers, mob behavior that resulted in accusing innocent women of witchcraft and then burning them at the stake, religious fervor that resulted in Christian crusades that destroyed other cultures and how people panic in the face of financial crises.

What caught my attention is not the content of the book as much as its date of publication. Other generations going back to ancient times have been pondering cultish beliefs and it is even noted in the Bible’s first chapter, Genesis, about the downfall of Sodom and Gomorrah. Another word in modern parlance for mass delusion is groupthink.

Madness and delusions are not uncommon expressions of the collective human story—expressed most violently in genocide, ie exterminating others who are unlike us— and they do not result in good democracies, communities that any of us want to live in, or the kind of empathy, compassion and relatedness that make us desirable neighbors and citizens.
In recent years, whacky fringe conspiracies have been used by QAnon to trick the gullible and stir up hatred toward anyone who calls them out as absurd. At the same time, some of the promotors are on media channels saying the end-times are near, all the while during commercial breaks program hosts might be hawking gold, guns and survivalist gear. Yes, if you look closely the manipulated mass hysteria has a river of capitalism running through it.
Anti-government, and anti-rule of law, order, regulation and science have become battle cries but who wants to live in a country without a functional government, rule of law, order, regulation that protects citizens from those who hold power and, of course, science that has given us longer lives, a cleaner environment and put people on the Moon?
Law breaking malcontents have been turned into folk heroes, sometimes used as tools for people with other agendas such as the divestment of federal public lands ultimately into private hands. If you want a good synopsis of what it’s all about, read Bozeman author Betsy Gaines Quammen’s book about a strain of it titled American Zion: Cliven Bundy, God and Public Lands in the West.
As a mountain town therapist, I have helped people who’ve become radicalized by charismatic individuals and circumstances when they've been desperate and vulnerable for answers to challenges in their lives. Another book I would recommend is Educated by Tara Westover about breaking free from a survivalist family in Idaho that retreated into isolation off the grid. What causes people to surrender common sense and give up rational thinking in favor of finding community among extreme thinking that does not hold up when it’s subjected to fact-based scrutiny?
You may find this surprising: I am empathetic and sympathetic to people who feel desperate, alienated, despondent, left out and hopeless.

In our modern landscape of hyper-individualism, aka the Deep New West, a sense of wide open spaces combined with a calloused-handed approach to eking out an existence in unforgiving terrain has yielded a breeding ground for contempt of authority mixed with a “leave me alone” attitude. It has given rise in recent decades to the Freemen, white supremacists, and militias. What's most intriguing is not that extremists exist but why and to whom they appeal.
Make no mistake, trying to understand what’s motivating extremism, hatred and injustice is not to condone it. I don't. But if I had to put my finger on it, having had untold thousands of conversations with clients over the years, there is one common denominator: fear of change. We are animals that tend to behave less nobly in times of chaos.
We fear the “other” whom we do not understand and they may fear us in return. We fear the change that is transforming what we know or were taught to believe [read Westover's book]. We fear circumstances we cannot control and we fear the insecurity that even comes with letting go of hatred, bigotry, inherent bias, pain, guilt and shame. Most of us don't have a clue about the challenges or heartbreaking pain our neighbors are facing in their personal lives. As the expression goes, desperate people will do desperate things then they feel there are no other options.
Our responsibility as a society is to provide other options.
Let me return to the questions I asked at the start of this column: How can people with differing identities and conceptualizations of reality align? How can ranchers and environmentalists learn to better understand and appreciate one another? How can Republicans and Democrats learn to check their political affiliations at the door and not allow them to detract from forming friendships? How can those who are benefitting in a booming economy show compassion for those have been left behind through no fault of their own? How can the young in our communities better see and celebrate the wisdom of elders who were once just like them?
How do you defuse the explosive force of mass delusion and groupthink? Relating to each other as individual humans is the best place to start.