Mother Nature Never Lets Her Down

For Susan Marsh, the year past was not a woeful one. She paints a portrait filled with colorful reminders of how the wild world remains both refuge and sanctuary 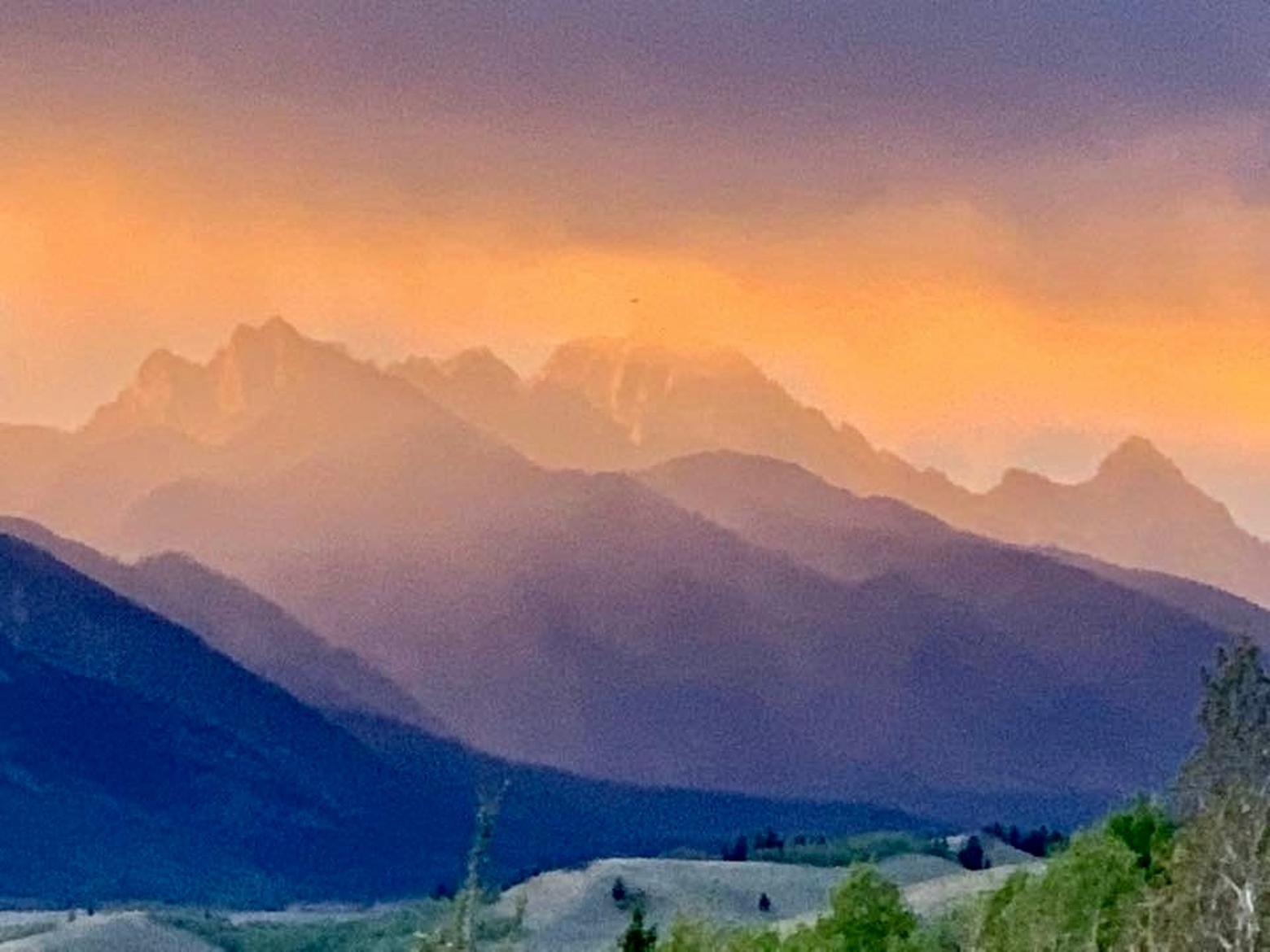 Beneath the majesty of the Tetons is a natural world filled with a multitude of other wonders. Photo by Todd Wilkinson
Essay, All Photos and Paintings Below by Susan Marsh
How many times have you read, heard and thought, “Thank God 2020 is over with! Good riddance,” and so on?
Amid the sighs of relief that a difficult year is behind us, the start of 2021 feels less like a beginning than a continuation. A new calendar hangs on the wall while we remain in the midst of conditions that gave so much angst in 2020.
Covid will continue to cause what pandemics cause, those struggling to keep afloat financially will continue to do so until we as a nation decide to put some real relief and stimulus in place, and our politics are likely to remain in some form of turmoil for a while. Those living in Rocky Mountain towns of the West are obviously not immune.
Yet with the turning of the year, expectations can’t help being raised. We look forward to the hope offered by Covid vaccinations and the chance to see one another again. And I let my mind rest for a moment on some of the high points of the past year. 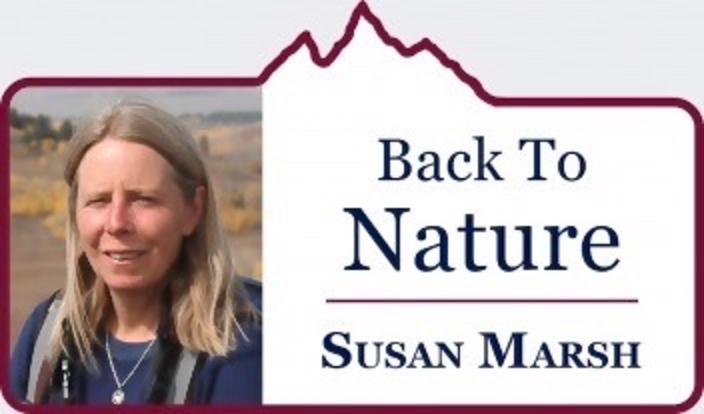 In the Greater Yellowstone Ecosystem, high points come easier than they might for other parts of the country, so I begin this year with gratitude for my sheer good luck in being able to live here. Most of the region had a spectacular wildflower year in 2020, and after that extravaganza we were treated to a display of fall colors that lasted from the end of August into November. Well done, trees, shrubs, forbs and grasses.
Last year the downer of Covid was broken as Jackson Hole Grizzly 399 emerged from the den with four cubs. At year’s end she was still being spotted, looking fat, as she led her young north into the Teton Wilderness to what will be the palace of all bear dens. My thanks go to the many people who helped keep a solicitous eye out when the family ventured out of the park. It makes my heart sing to know that so many people care about this bear. Her story is ours. 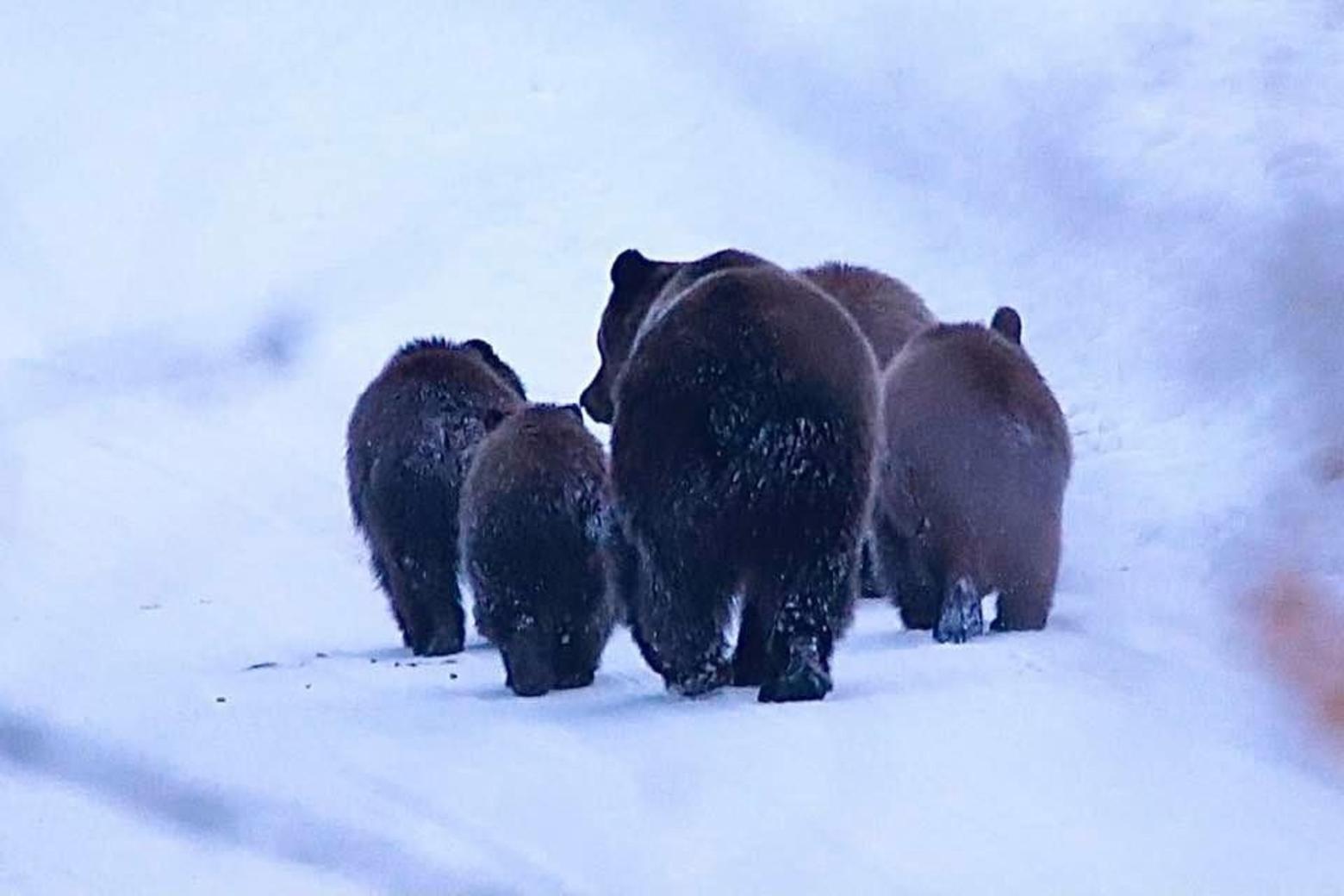 I looked through some pictures I took this year and they reminded me of many things that 2020 brought my way, for which I am most thankful. Everyone will have his or her own list, of course, but with mine (heavily edited for brevity) I hope to inspire a few sweet memories from the year we couldn’t wait to see in the rear-view mirror.
People remained in my life, as it is relatively simple to social-distance while hiking, birding, and botanizing. I enjoyed the support and power of friendship during these hard times, from short walks with local friends to scheduled get-togethers via Zoom with artists, writers, fellow board members and high school pals from 50 years ago. It was hard to feel entirely alone.
The local wildlands supported me as much as the people did. I recall the peace of floating in a kayak as an elk bugled on the far side of the river, a number of dramatic sunrises and sunsets and approaching storms.

The local wildlands supported me as much as the people did. I recall the peace of floating in a kayak as an elk bugled on the far side of the river, a number of dramatic sunrises and sunsets and approaching storms.

Covid may have made a trip to the post office or grocery store a harrowing experience, but I discovered the beauty of getting up early enough to hit the store during seniors-only hour. Since we’re the ones most vulnerable, most of us heeded the mask-wearing requests. Later, requests turned into requirements, which again made going to the store less frightening. Thanks to the businesses whose employees risked being yelled at for insisting that customers abide by the rules.
Over the past year I paid attention, perhaps more than I might have otherwise, to how the sunlight moved with the seasons, the way the sky’s colors changed after the dark days of winter solstice. By March I could follow the receding snow to find the first wildflowers of spring and the first bumblebees and hairstreak butterflies nectaring on flowers smaller than they are.
Soon it was time to welcome home the migrating birds—robins, meadowlarks, mountain bluebirds, sandhill cranes, and everyone else in their time. What a feeling of all-is-well-in-the-world the birds can give.
Though it’s something that happens every year, don’t most of us, in the higher elevations of Greater Yellowstone, marvel over that unfurling lime-green in an aspen stand in May, a color so hopeful and brief it almost breaks your heart? 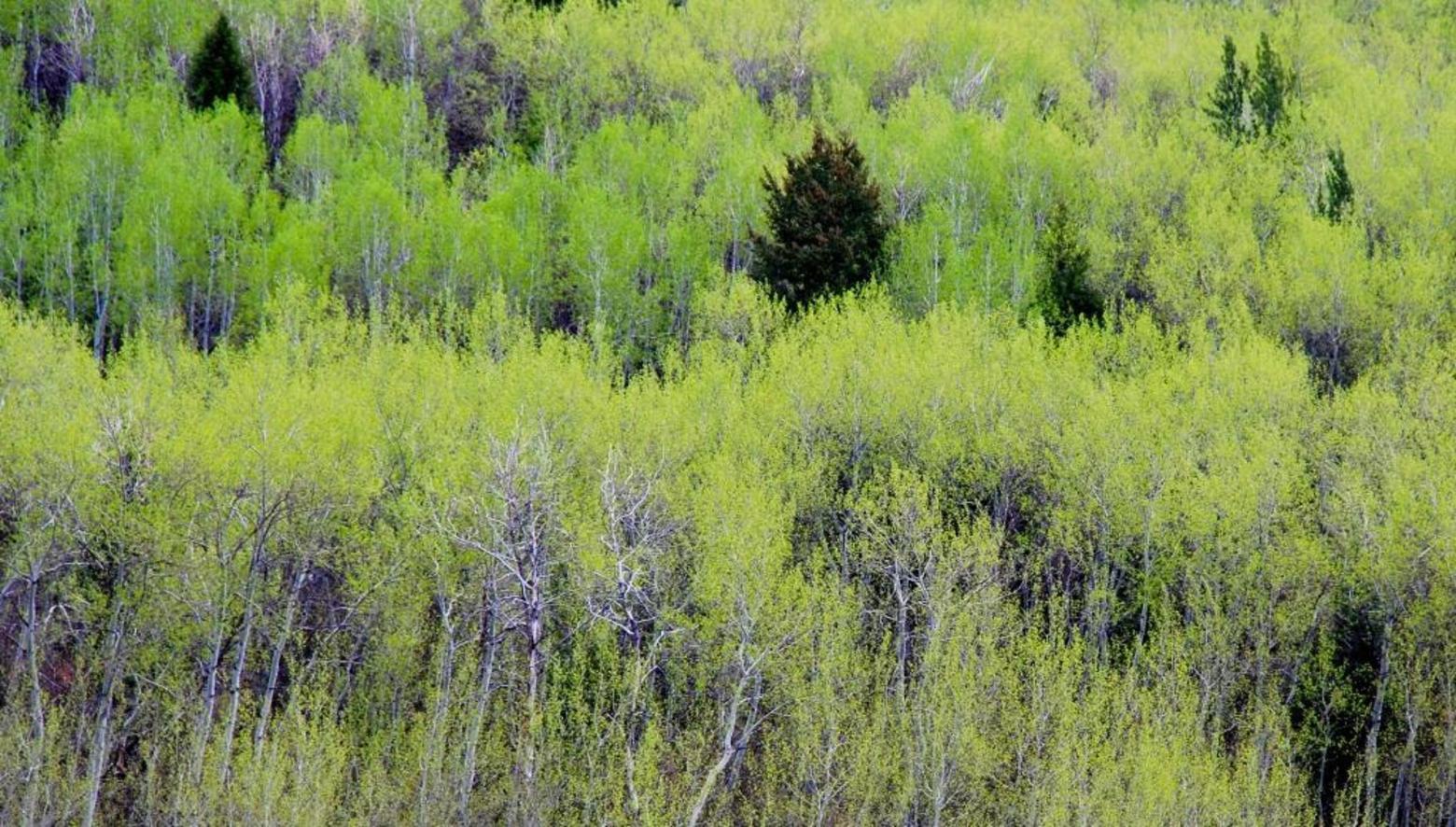 In June the wild iris I started from seed gathered in Beartrap Canyon west of Bozeman and planted in Jackson Hole sent up its narrow green spears and bloomed once again. Those rhizomes, in 2020, were 31 years old. 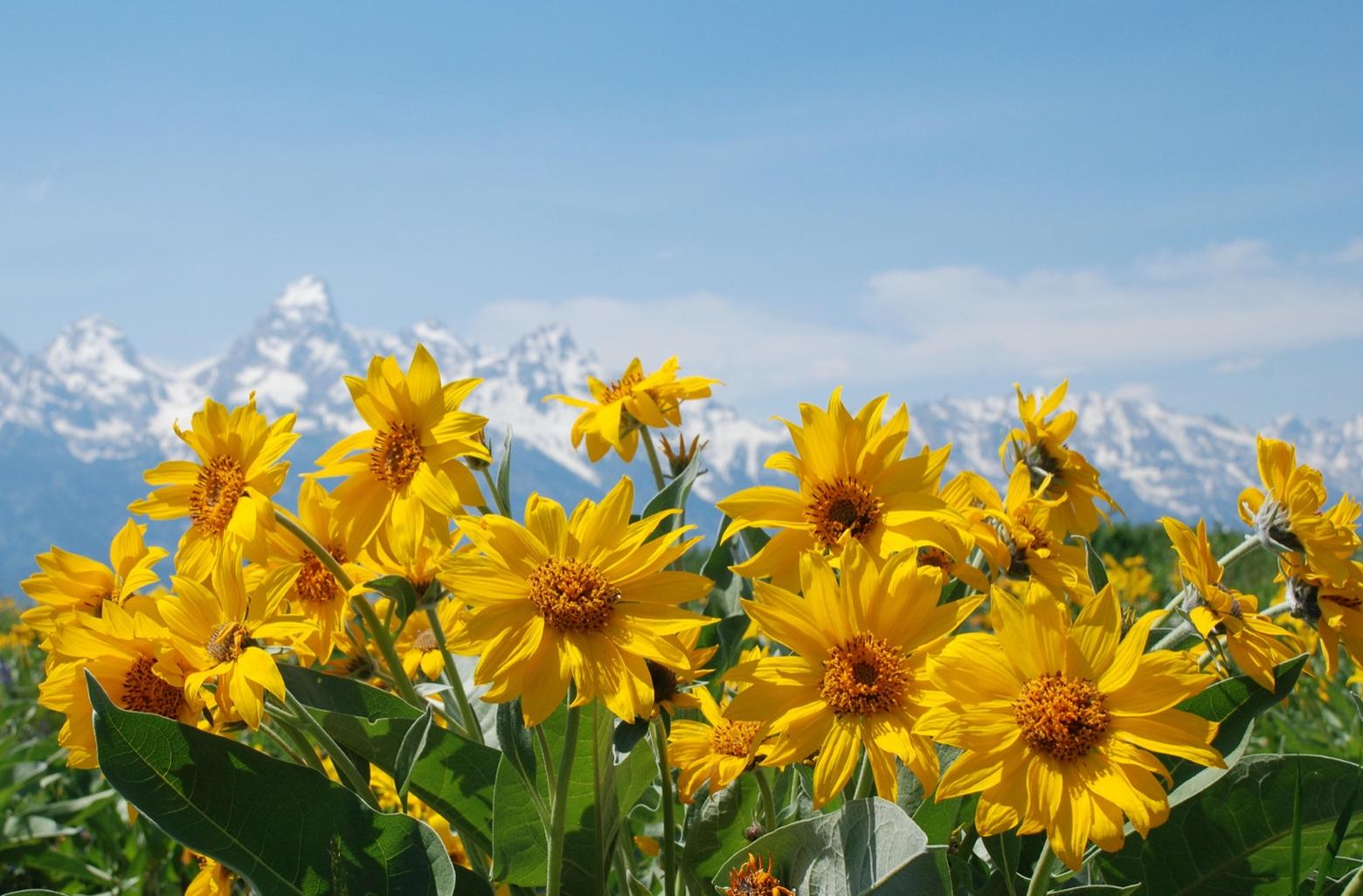 June brought the first of the amazing wildflowers—not the tiny ones you have to crouch in order to see but the balsamroot and groundsel, a parade of big yellow blooms of the sunflower family accompanied by the heady fragrance of antelope bitterbrush in bloom.
And then summer came. 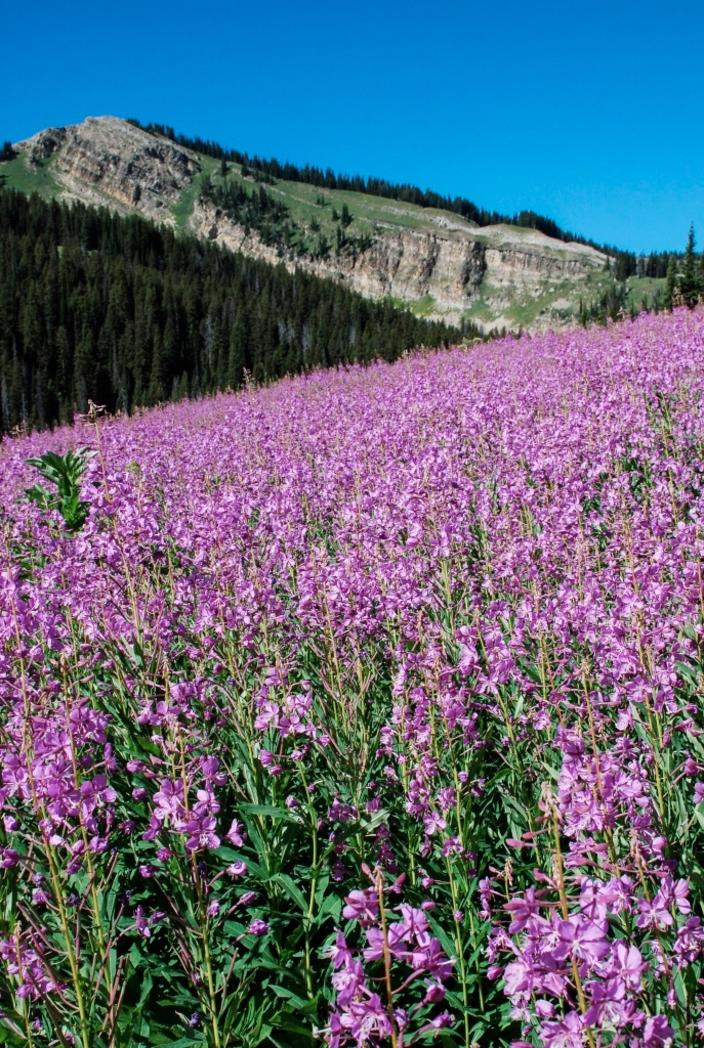 With the high mountains still deep in snow, glissading on firm snowbanks with dogs brought joy. Led by the canines, we climbed back up to slide down it again. Soothing was the music of cicadas on a warm afternoon, in the woods and in the garden. A triple rainbow at the end of July wrapped a retreating thunderhead, and in August I walked with friends into a flush of fireweed and mountain hollyhock two years after a forest fire. It pleased me to find hay piles and pikas in the usual talus slopes, even some of the ones at lower elevations where pikas are subject to more melt-freeze cycles that can limit their access to food.
Speaking of fireweed, which is usually considered a pioneer species that comes in after disturbances (like fire, thus the name), in some places the plant is dominant over many decades. In August 2020 the mountainsides turned into a patchwork quilt of green and pink and magenta. The fireweed earned its name a second time in September when its leaves turned orange, gold and rust-red.

In 2020 hikers, birds, and bears were treated to a heavy crop of serviceberries, sweet and juicy, and persisting well into fall. Tasty even when old and dry, like raisins—only sweeter.
Autumn brought warm dry days, with a few storms that left the mountains white. Bigtooth maple put on a splendid show in the Snake River Canyon, Palisades Reservoir, and Greys River. I was surprised, as I often am, to find the year’s bird and hornet nests—basically under my nose—as the leaves dropped from shrubs. 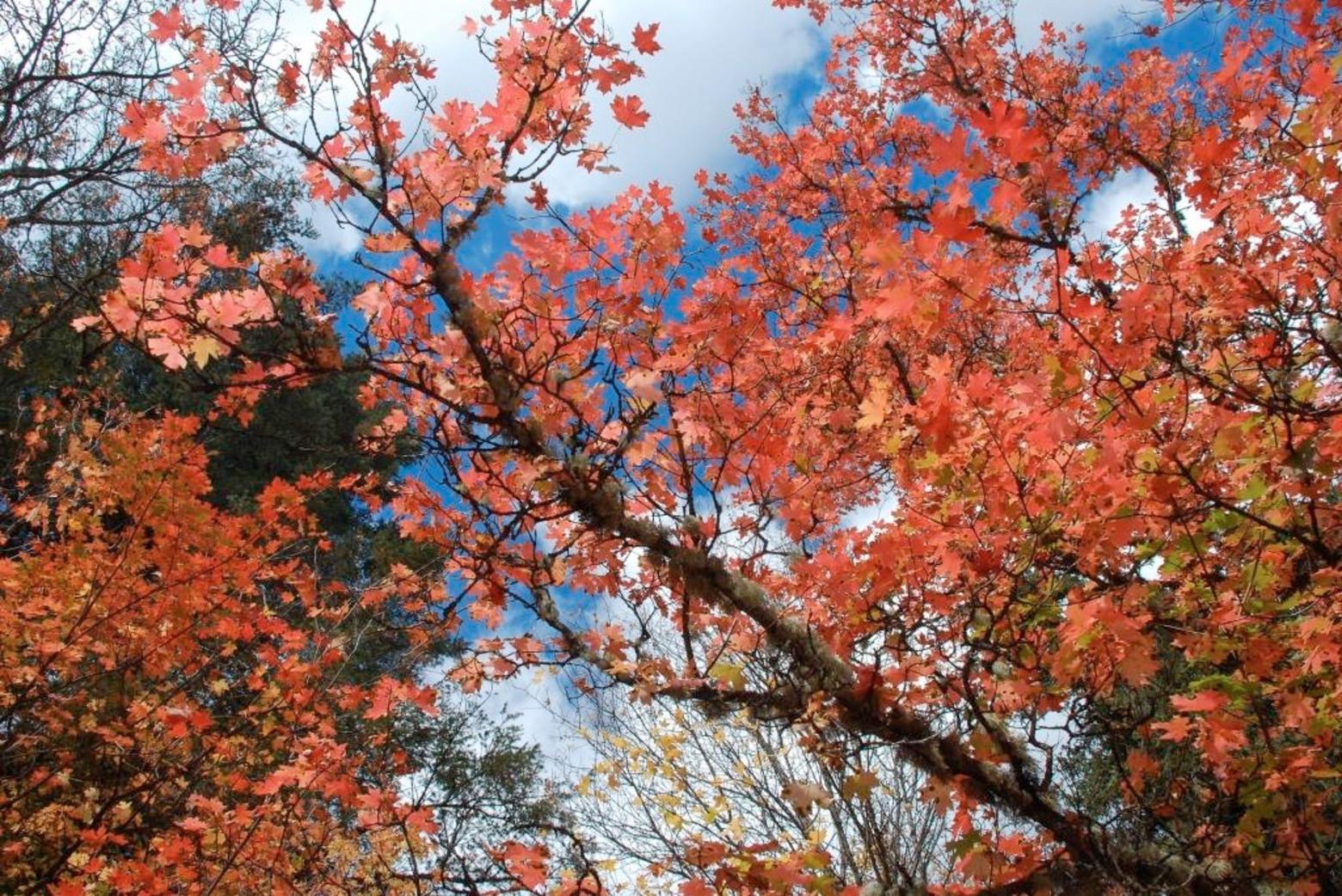 When the last molten leaves fell from cottonwoods and aspens, the warm and subtle shades of curing grasses took over.  It was a delight to wander in the foothills in the beauty of bare November days.
Water froze and melted and froze again with resulting sculptural forms. The thin ice club started skating on Slide Lake. Cold December days created hoar frost in inch-long crystals hanging from branches, twigs, and seed heads, and decorating the fringes of creeks and ponds. 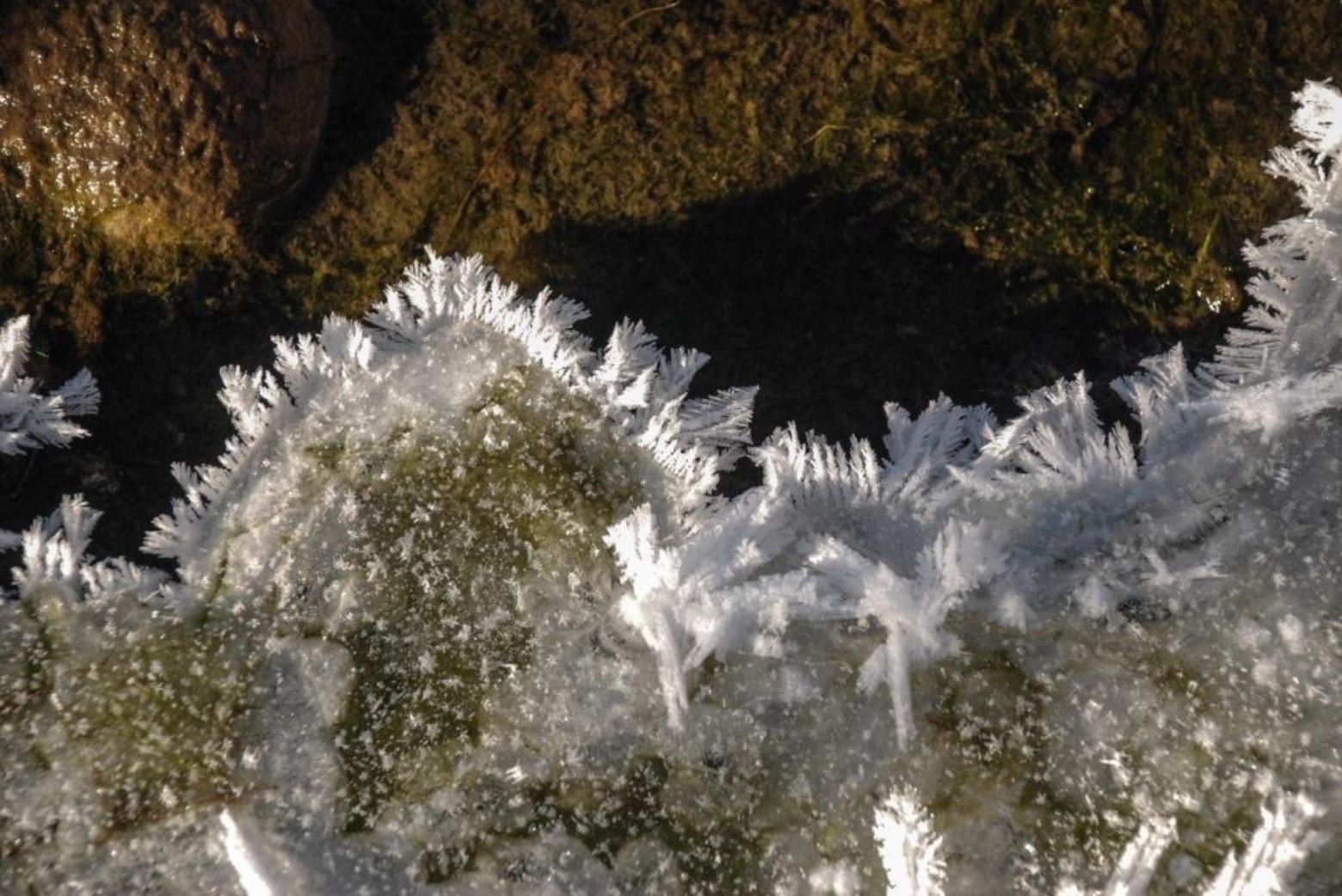 Inside, it felt just right to sit beside the window with a book during a snowstorm, having nothing to do that would require driving, while the pets enjoyed rest and exchanging body heat on the couch (leaving no room for me on the couch, of course).
I don’t discount the anxiety, grief and worry that 2020 brought. There was much pain in witnessing the assault our species made on the natural world for yet another year—though COVID is credited with reducing greenhouse gasses. And my husband’s health took a nosedive last year which continues into this one. Whenever a loved one is at risk, or lost, it is hard to find beauty in the world.
Existence is not without suffering. It is also not without grace. Remembering the sweeter moments helps bring me hope through the suffering. May it do the same for us all.

EDITOR'S NOTE: We at Mountain Journal bet you didn't know that, in addition to being an award-winning nature writer, novelist and popular MoJo columnist Susan Marsh is a talented watercolorist, painting the natural world as a way to better understand and celebrate wildness. Below is a small gallery of her artworks. For more information, click here. 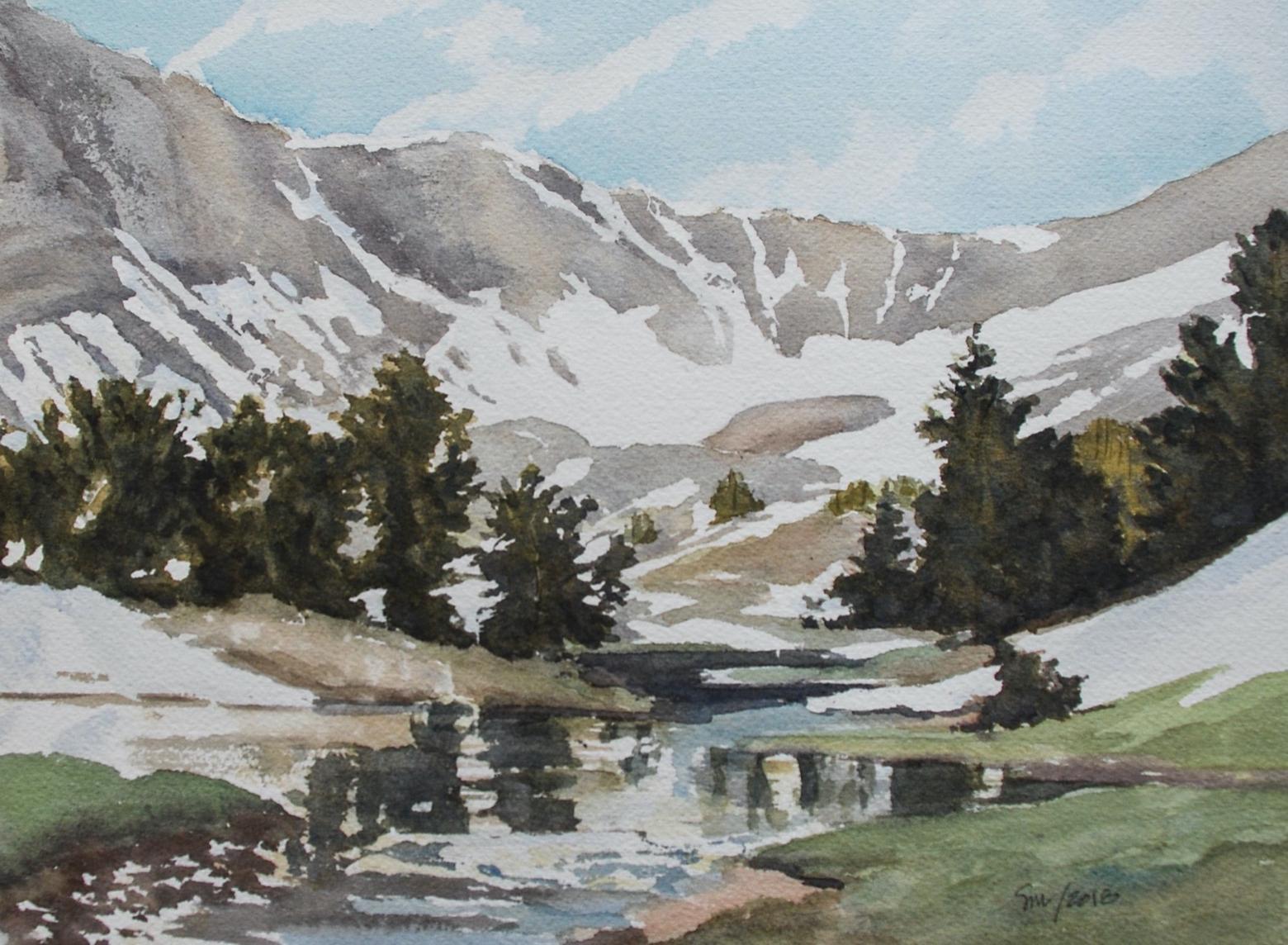 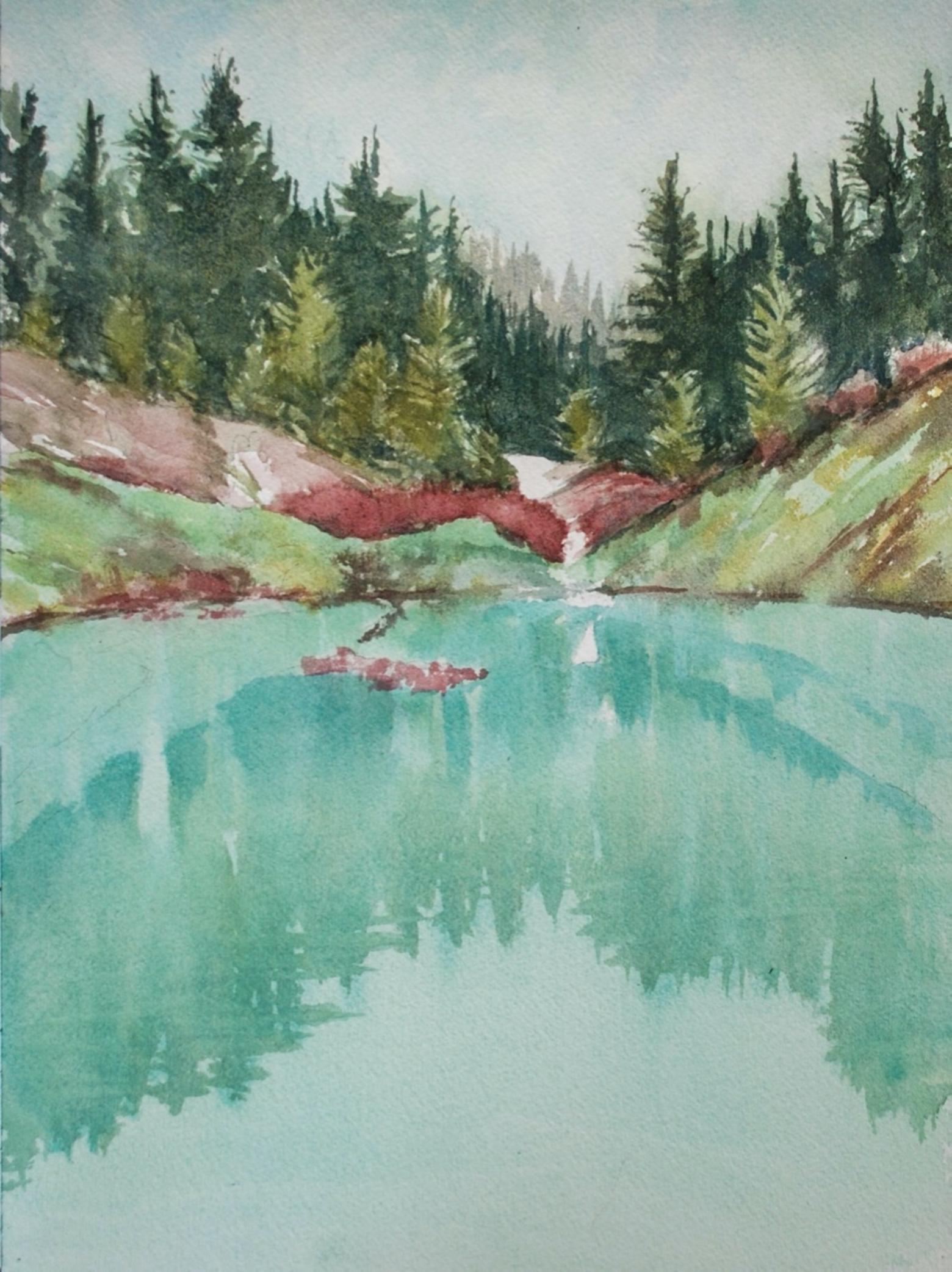 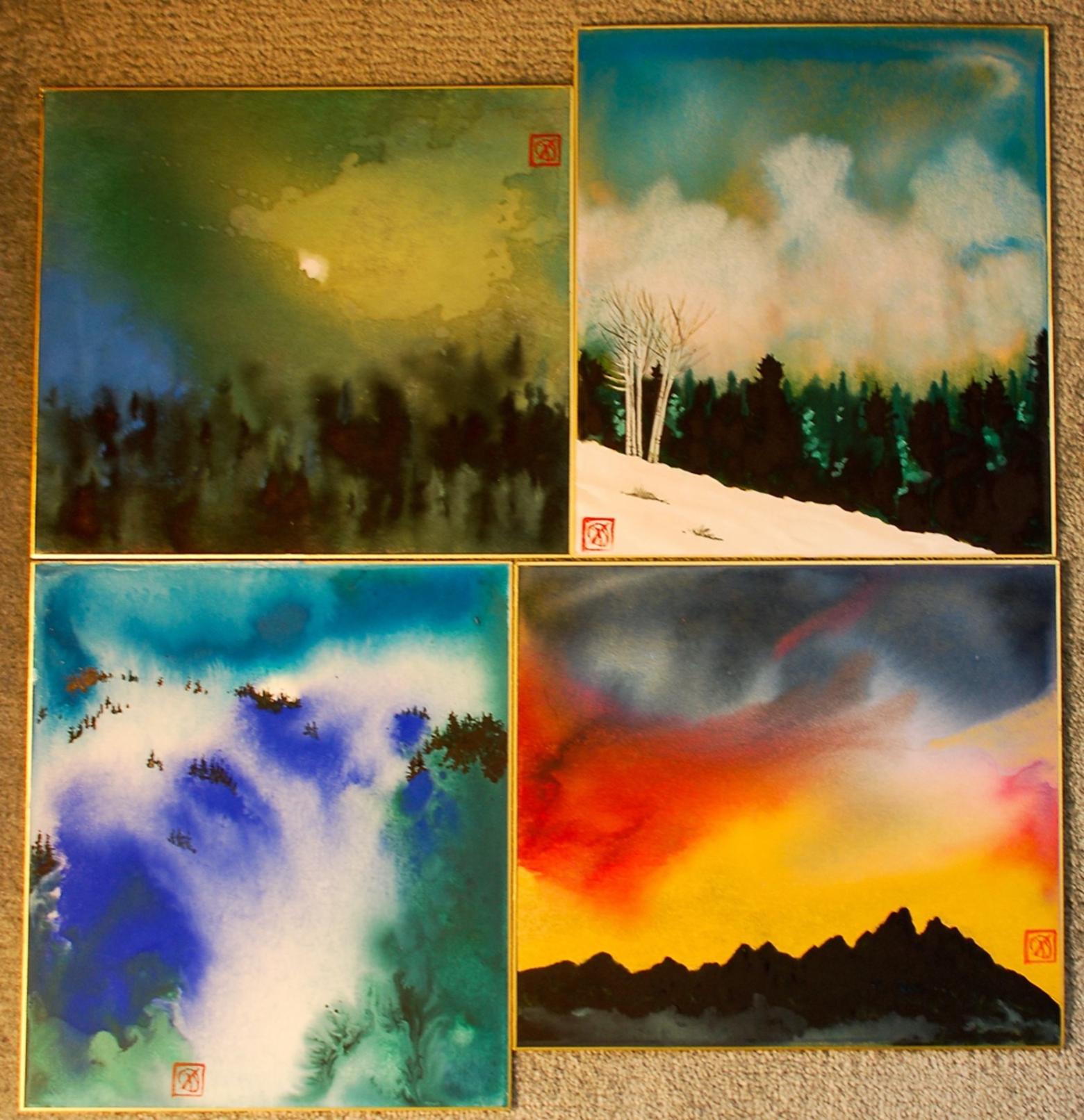 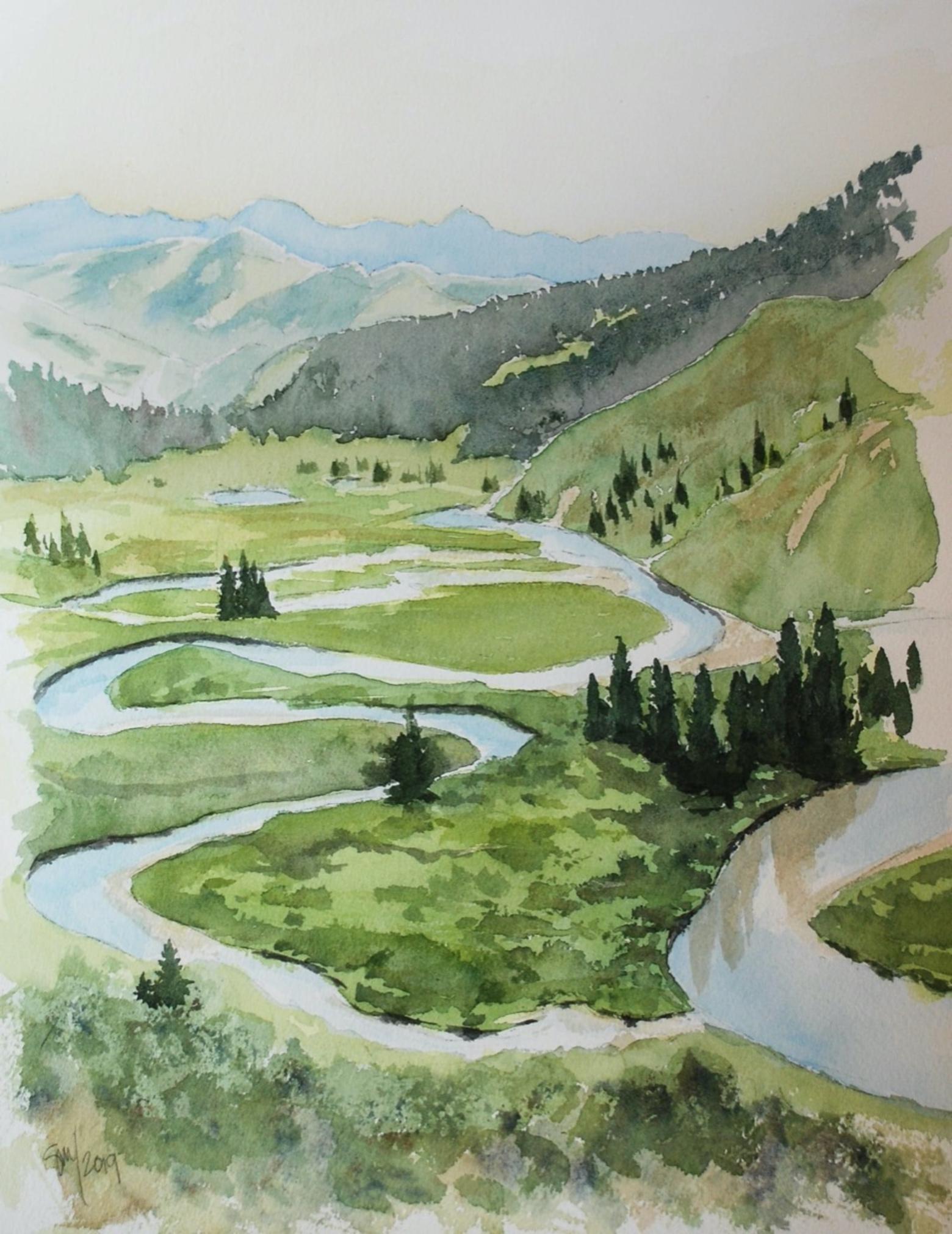