Taking The Exit Ramp From Paradise?

Bozeman, Montana is now one of America's "It" cities. Here, a real estate firm bravely riffs on why people are moving away 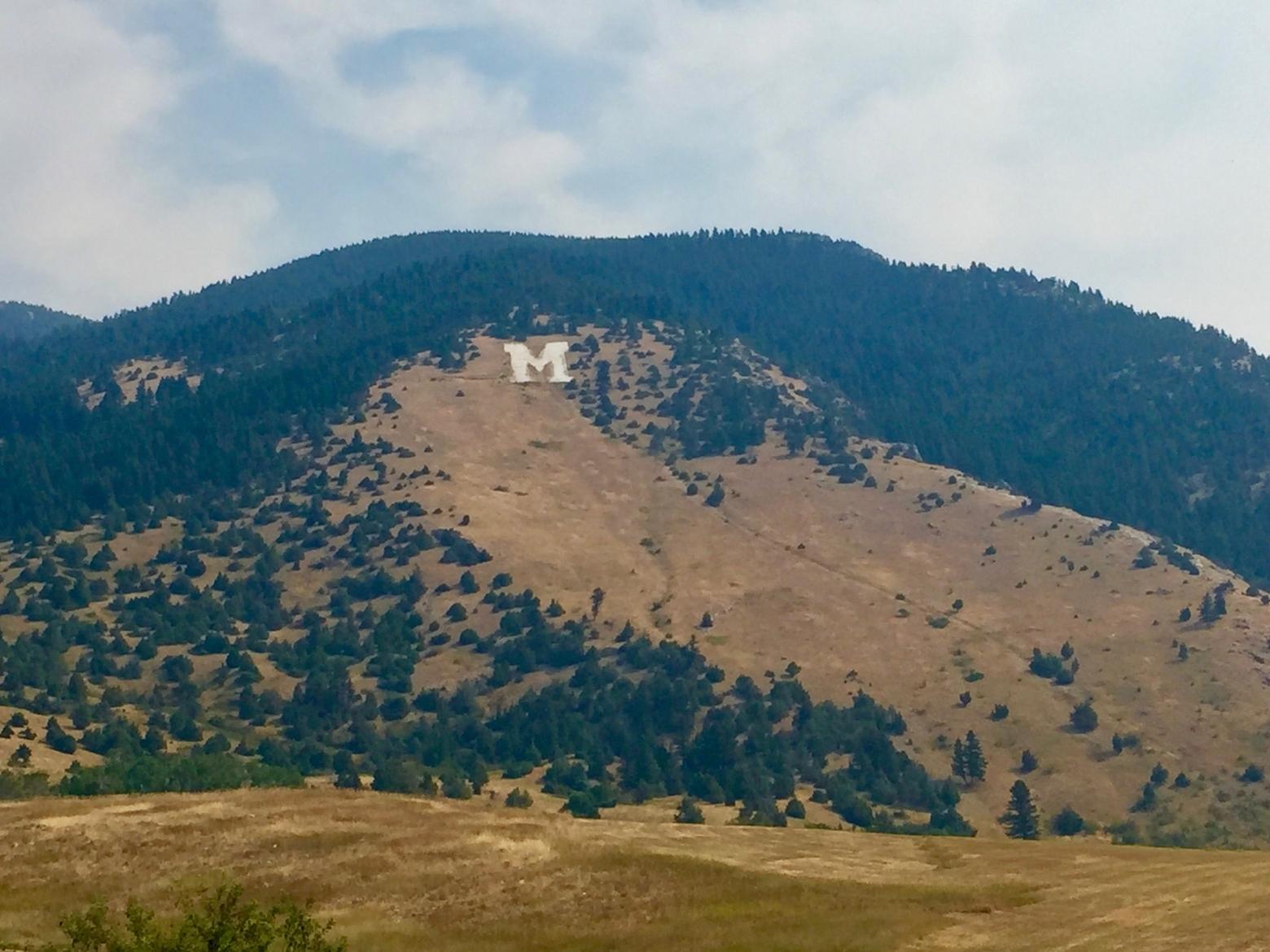 EDITOR'S NOTE: Mountain Journal is always looking for stories that offer different takes on what is happening in the Greater Yellowstone Ecosystem.  Here, writer Kate Springer with Bozeman Real Estate Group offers an overview on not what is driving growth in Bozeman—one of the country's fastest-growing micropolitan areas—but what is causing people to leave. It provides plenty of fodder for discussion.—Mountain Journal eds.
Five Reasons People Are Leaving Bozeman
By Kate Springer
While we keep seeing reports on the number of people moving to Bozeman each day, we haven’t heard much about those who are leaving. According to the U.S Census Bureau, while 9,000 people moved to Gallatin County over a 5-year period, over 6,600 people moved away.
Here are five reasons people are leaving Bozeman:
1. Cost of Living
As of 2018 all living expenses aside from utilities and transportation were above the national average in Bozeman. Most notably, housing costs were more than 8 percent above the national average. That may not seem like much compared to places like Portland (79.8 percent  above average) or Denver (36.9 percent above average) but with the average wage in Gallatin County coming in at more than 25 percent below the national average the struggle with higher than average housing costs really starts to hit home.
The Bozeman Area Labor Report found that the monthly mortgage-to-income ratio in Gallatin County was similar to the mortgage to income ratio in Bend, Orean and Seattle. As of September 2019, the median cost of a home in Bozeman was more than $400,000, making it extremely difficult for many people in the area to purchase a home of their own. And of course, these rising home costs are affecting Bozeman’s rental market as well. According to Rent Jungle, the average rent for an apartment in Bozeman was $1,438—a 22 percent increase from the previous year. For many people, the high cost of living in Bozeman has been a deal-breaker.
2. Job Opportunities
While Bozeman is becoming known as a hub for high-tech businesses, start-ups, and entrepreneurial activity, career opportunities in the area are still limited especially compared to larger metropolitan areas.
Major companies like Schedulicity, Simms, and Oracle are all based in Bozeman and bring a large number of jobs to the area. But for higher-wage positions like these, competition can be stiff. Not only did Montana State University graduate a combined 3,362 students of all degree types in the 2018-2019 academic year.,  according to MSU's Vice President of Communications Tracy Ellig, but college graduates from other universities are also drawn to the area which means that the competition can be high for positions that require a college degree.
Because Bozeman has such a highly qualified workforce, many workers find themselves underemployed, eventually leaving Bozeman in search of better opportunities for career advancement and higher-paying positions. But for those looking for positions in retail or service industries in Bozeman the scales are tipped towards the employees. There is such a shortage for service industry workers in Bozeman at the moment that many businesses have been forced to reduce their hours or close altogether.
3. Wages
While wage growth in Gallatin County has been accelerating quickly, most industry wages in Gallatin County are well below national averages. Low-wage positions in Bozeman like service industry, groundskeeping or sales are close to the U.S average, but when it comes to wages for higher-paying positions, Bozeman is falling short.
People with college experience tend to earn less in Montana than comparable earners nationwide. According to a 2017 U.S Census Bureau, survey, those with higher education degrees earn 22 percent less than the national average in Gallatin County while workers with a high school diploma or less earn relatively equal wages to the rest of the nation. So why the disparity? 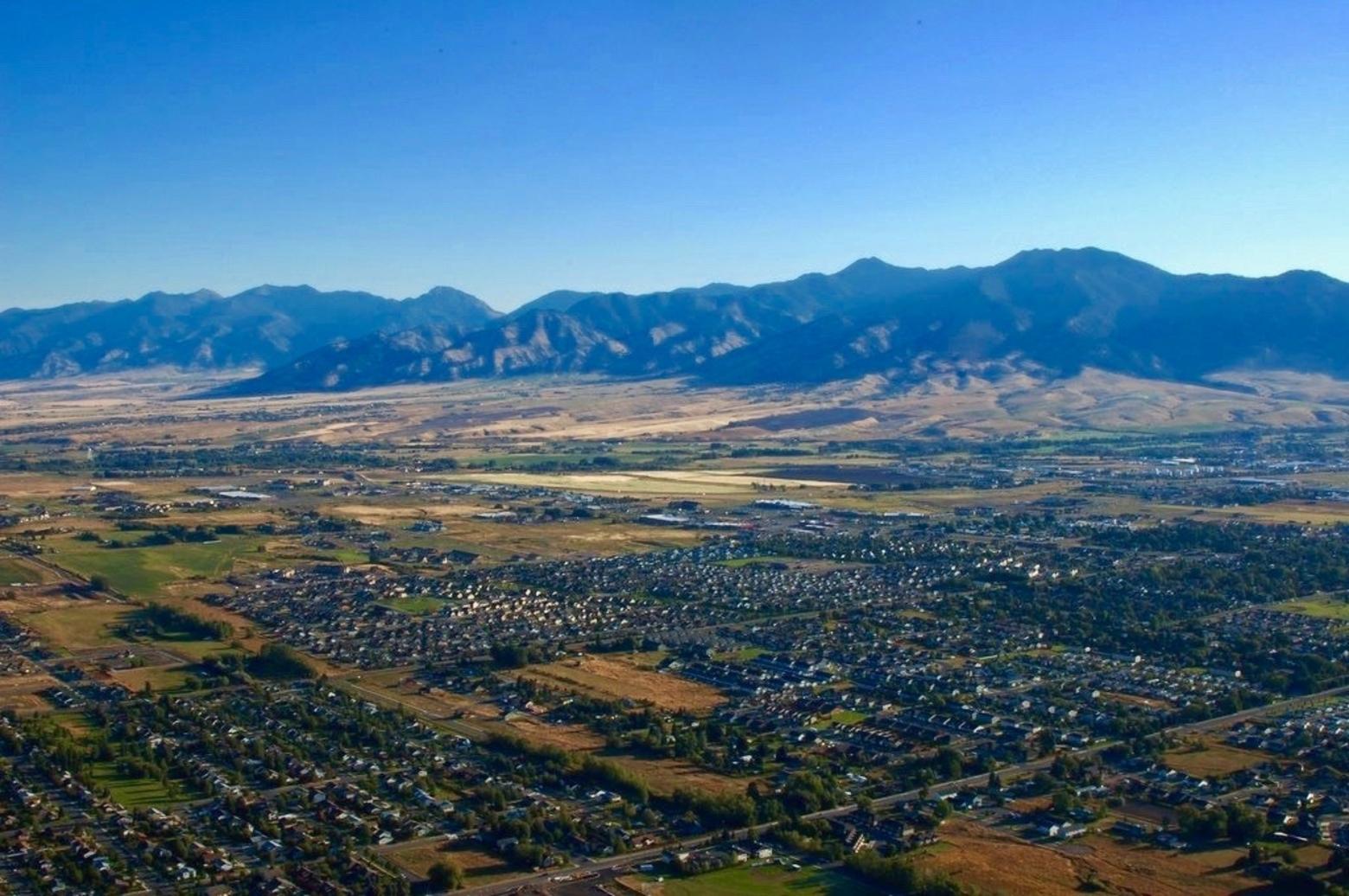 This view taken from a balloon looks north across Bozeman toward the Bridger Mountains. Photo courtesy Wikipedia/Jonesy/Balloons Over Bozeman
Bozeman is a highly educated area. Some 57 percent of residents have a college degree, compared to just 32 percent nationwide. And while a highly educated workforce is great for the city, it does mean that many people who hold a degree may end up underemployed. While Bozeman’s tech scene is growing, tourism is still a major part of our economy and our job market.
In Bozeman, it is not uncommon at all to find people with higher education degrees working as servers, store clerks and raft guides. Bozeman is also becoming a great incubator for entrepreneurial activity and start-up businesses which bring a number of new jobs to the area. But, as stated by the Bozeman Area Labor Report, younger and smaller businesses do tend to pay less than established, larger companies. According to the Bozeman Area Labor Report, migration patterns show that many of the people leaving Bozeman are moving to the Seattle-Tacoma area, Denver, Fort Collins, and Spokane. While these people may be leaving Bozeman for a number of reasons, high numbers of migration to these urban areas do lead to the assumption that higher wages are a factor.
4. The Weather
While the majority of people living in Bozeman likely take part in some winter sport, there are a number of people living here who really don’t like winter, at all. And if we’re being honest, Bozeman is a pretty tough place to live if you don’t like cold temperatures and lots of snow. Winter in Bozeman can begin in September and last until May, and while the area is known for its sunny “bluebird” days, the temperatures can drop well below zero for weeks at a time. After a particularly tough winter this past year, we had several people sell their homes to move somewhere warmer. According to the U.S Census Bureau, Washington was the top out-of-state destination for people leaving Gallatin County, and California was the second. Living in Montana can be tough, and it’s definitely not for everyone.
5. Bozeman Is Not What It Used to Be
Before Bozeman was listed on just about every best place to live, to retire, to visit, to ski list out there, it was just a quiet little town that was bypassed by visitors on their way to visit Yellowstone National Park. Now, Bozeman is known as “Bozeangeles” to the rest of the state, and while our economy is thriving, our traffic has become congested, our open land is being filled with subdivisions, and our trailheads are getting crowded. Bozeman is not what it was 20 years ago and for some people that is reason enough to leave.
According to the U.S Census Bureau, 42 percent of the people leaving Bozeman are moving somewhere else in Montana. Yellowstone County (Billings) is the most popular, Missoula is the second, and Lewis & Clark County (Helena) is the third. While Bozeman’s urbanization is drawing so many people in, it’s also the same reason that is driving many people out.
EDITOR'S NOTE: Click here to find out who is moving to Bozeman, Montana. And here is a lighter take on things you need to know if considering a move to Bozeman. 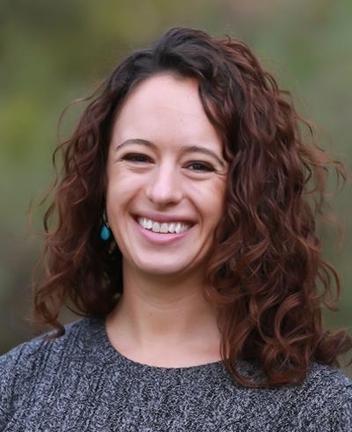