Kevin van Tighem, who once served as superintendent of Canada's equivalent to Yellowstone, has harsh words for the tenor of social media 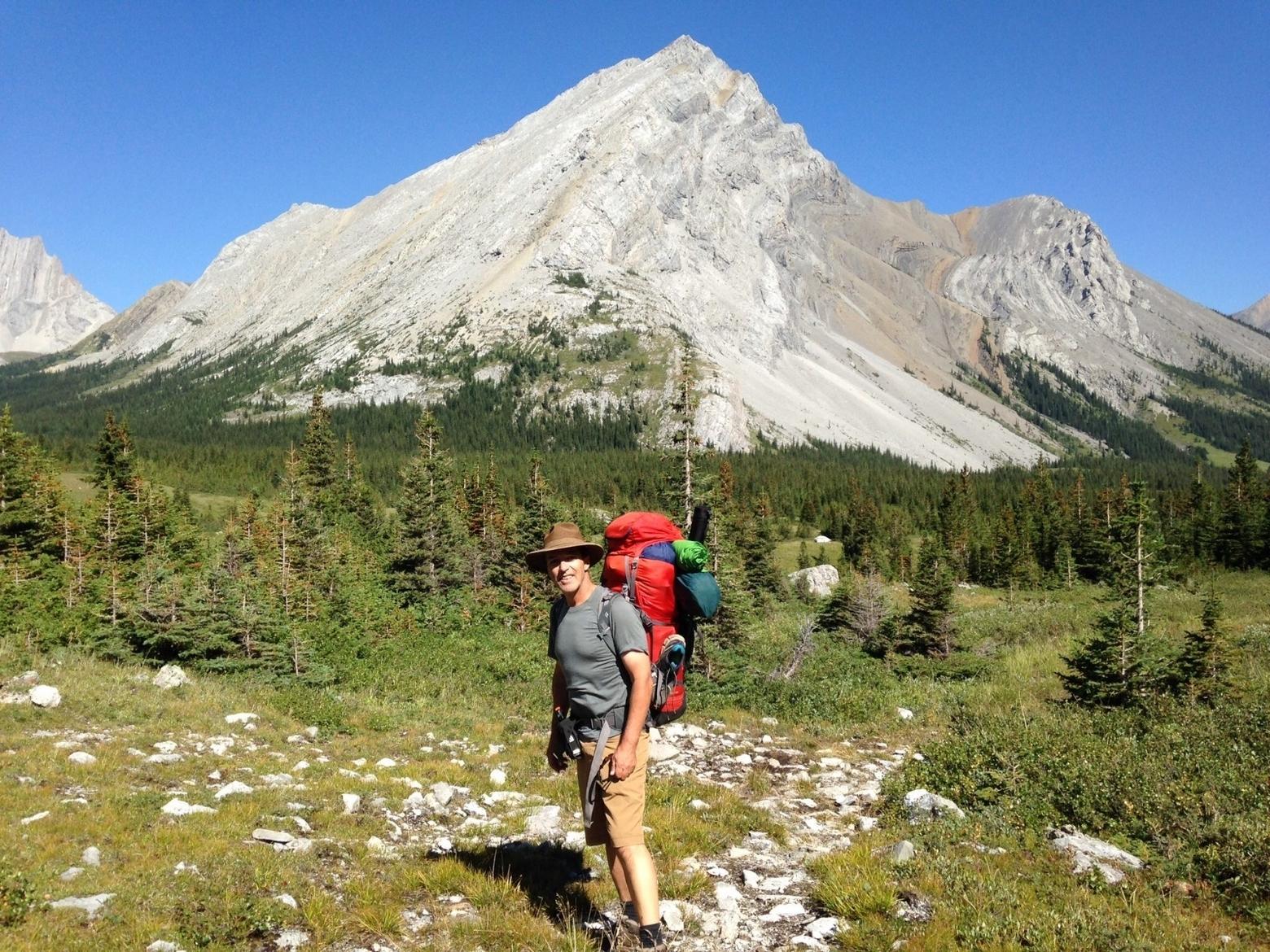 Former civil servant Kevin van Tighem on a hike into the wild outback of the Canadian Rockies.
EDITOR'S NOTE: Kevin Van Tighem is a writer, naturalist, wildlife researcher and former superintendent of Banff National Park in the Canadian province of Alberta. He recently wrote the short op-ed below and shared it on Facebook where it has received a widespread positive response. Mountain Journal reprints it here with his permission.  Read also Clio Smeeton's response to van Tighem at the end of his commentary.
By Kevin van Tighem
I retired from my job as superintendent at Banff National Park several years ago because I had sunk into a state of chronic depression and burnout. A big part of that was because of chronic personal attacks by individuals—some of whom I had previously counted as friends, others whom I had never met—over decisions they disagreed with.
Those attacks came in the printed media and in mass emailings and on social media. As one deeply committed to public service and to making hard, principled decisions rather than kicking cans down roads, I both set myself up for the abuse and was very vulnerable to it. I remember driving home from work one evening crying so helplessly I almost pulled over rather than risk an accident.
When you get down in that dark place, you feel like everything, including your despair, are proof of your failure as a human. There's a reason that depression leads so often to suicide.
My suicide, fortunately, was simply to swallow my pride, tuck my tail between my legs, and retire. It seemed preferable to the more conventional variety. It also felt like one more profound failure but, as I often say now, it was one of the best career moves I ever made. Still I sometimes shake my head as I eddy around the retirement backwater—I think I still had more to give.

"My suicide, fortunately, was simply to swallow my pride, tuck my tail between my legs, and retire. It seemed preferable to the more conventional variety. It also felt like one more profound failure but, as I often say now, it was one of the best career moves I ever made."

But I simply couldn't survive the nasty, self-righteous attacks from people who should have known better.
But that's all by way of setting some context. This is not about me.
Lately I've been witness to social media attacks on other public servants—for instance the biologists, managers and elected leaders who have been making decisions about rehabilitated black bear cubs or bighorn sheep hunting regulations or pipelines or carbon levies—and wondering how those actual human beings are managing to cope with all the hurtful abuse.
Because public servants normally can't defend themselves from that kind of treatment; they just have to suck it up. But they have souls and spirits and vulnerabilities, and the nastiness is incessant. They take their wounded hearts back to families who don't see them as bureaucrats but as mom or dad, and they try to function in spite of the weight they carry. Most are in their line of work because they care about things. It's caring people who hurt the most.
My point: just because you don't like a public policy decision, and just because it's easy to tap on a keyboard and say something nasty and clever that your like-minded friends will be thrilled by, and just because you haven't been able to get your own way, none of that gives you any bloody excuse for ad hominem attacks, abuse or bullying.
Be a decent grownup. Disagree without being disagreeable. Attack the issue with logic, not the people involved with invective.
We get the kind of world we choose to make by how we behave in it. So, for God's sake, make it a more civil world. Don't score petty, mean-spirited little victories—that actually aren't victories at all—by clawing the soul out of someone you don't even know.

"We get the kind of world we choose to make by how we behave in it. So, for God's sake, make it a more civil world. Don't score petty, mean-spirited little victories—that actually aren't victories at all—by clawing the soul out of someone you don't even know."

And don't try and divert this thread, if you read it on Facebook, into a debate over bear cubs or hunting policy or something else. I'll delete your post. This thread is about us, and how we behave with one another, and whether we are capable of humility and respect.
And having written all that, my gratitude to most of the people who read this post for the fact that you are not who it's intended for. It's still a world of good people who respect one another. For the most part. But only we can keep it that way.

EDITOR'S NOTE: Clio Smeeton, president of the Cochrane Ecological Institute, is a biologist/naturalist/conservationist who has helped pioneer techniques for releasing extirpated species and rehabilitated orphaned and injured animals back into the wild.  Smeeton and the Cochrane Institute, founded in 1964 and  located roughly an hour northwest of Calgary, notably played an instrumental role in recovering the swift fox in Canada and bringing it back to the Blackfeet Indian Reservation in Montana. Learn more about the Cochrane Ecological Institute. 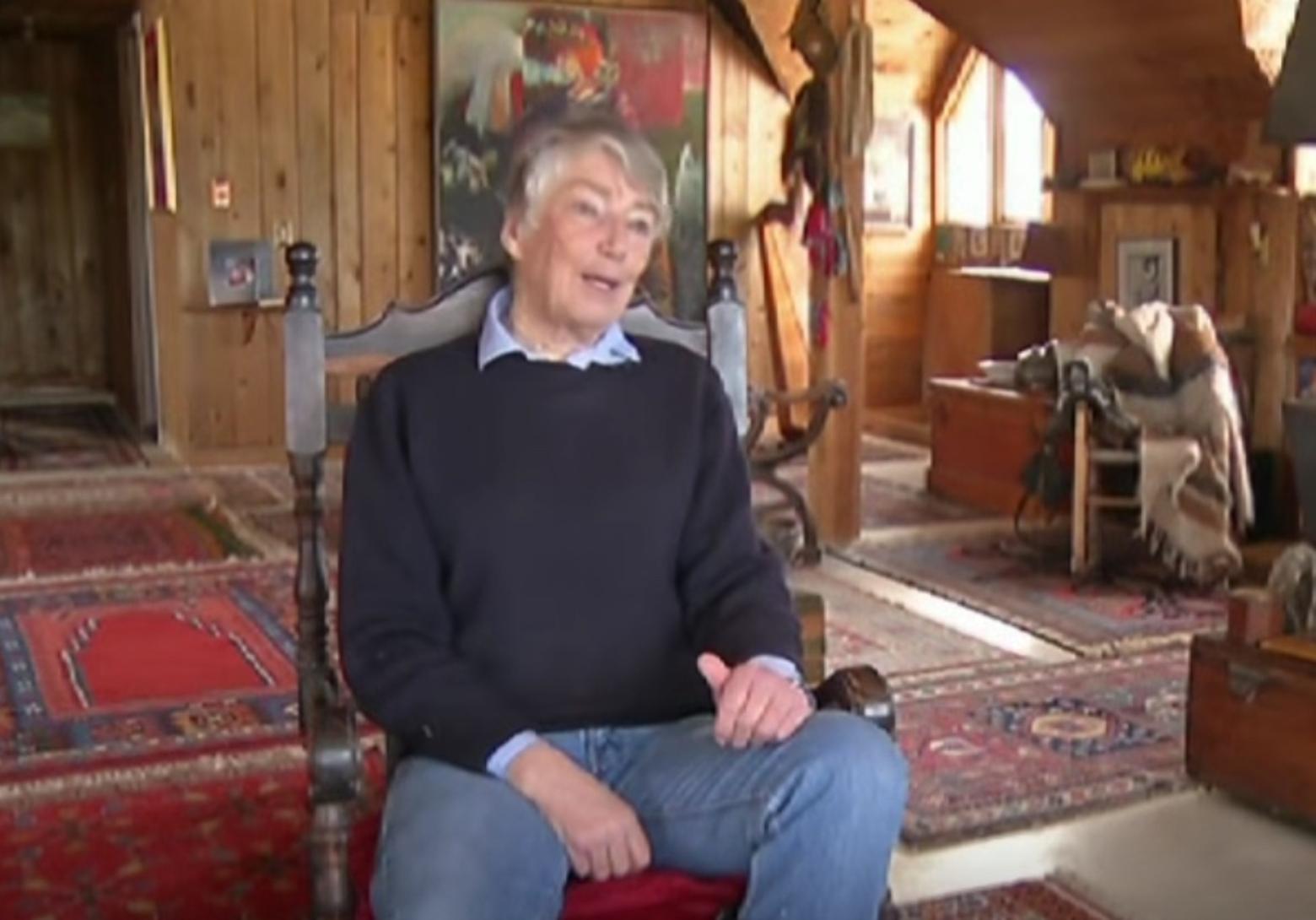 Screenshot of a story on Clio Smeeton that appeared on Shaw TV Calgary
By Clio Smeeton
Mountain Journal (Oct. 4, 2018) had an interesting but one sided commentary by Kevin van Tighem, retired superintendent of Banff National Park, in defense of Canadian civil servants. Citizens of a country, the country's electorate, are stakeholders in their country's national and provincial/state parks and wild lands and in the management of their country's wildlife. Therefore, government should listen to the electorate- the electorate is comprised of stakeholders because it is their tax dollars which pay for work, equipment and wages.
Most of the time citizens do not complain about the work done by federal and provincial civil servants which indicates that they are happy with what is being done and how their tax dollars are being used. 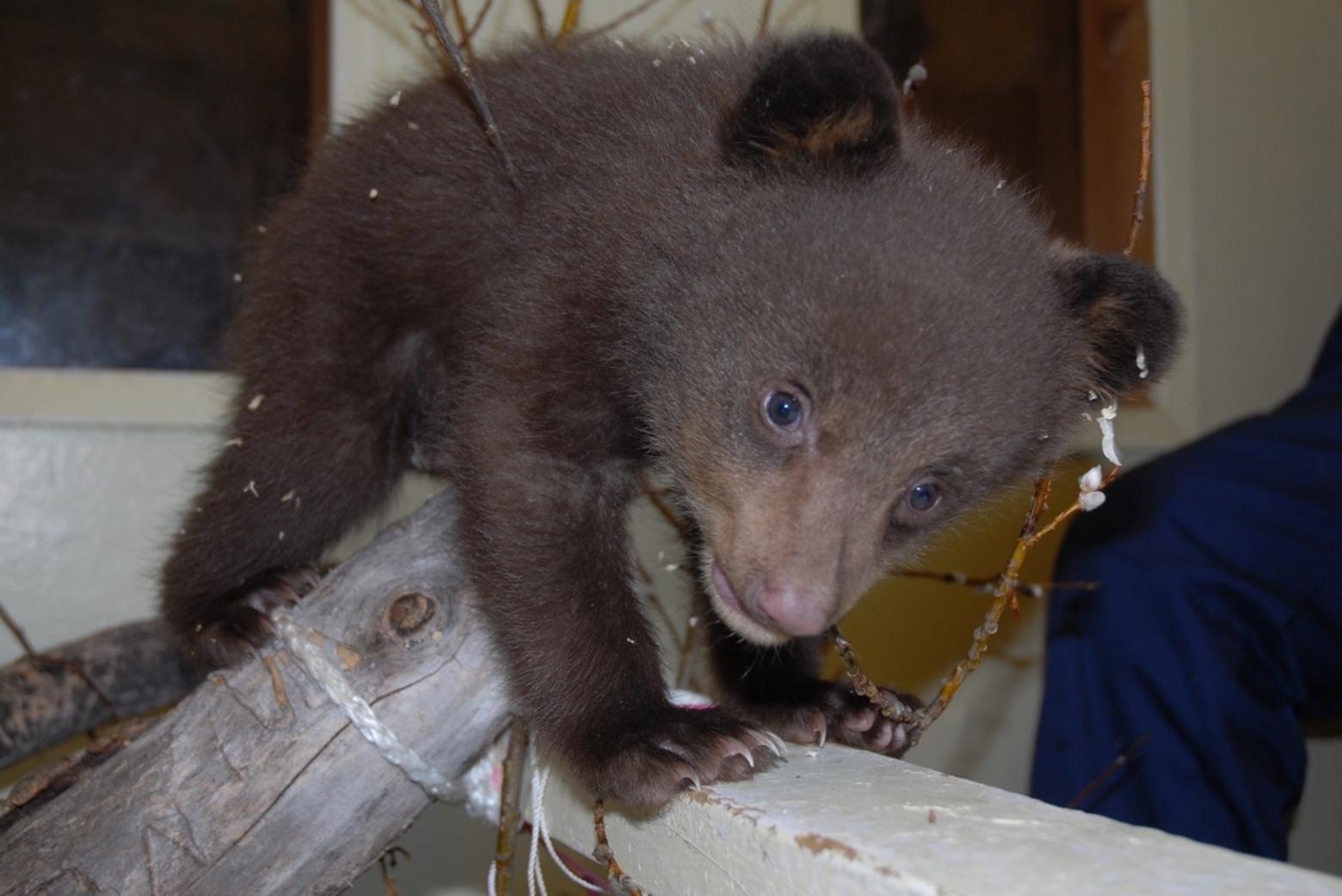 A newly-arrived orphaned black bear cub at the Cochrane Ecological Institute that will be rehabilitated for release back into the wild. Photo courtesy Cochrane Ecological Institute.
But if the public becomes unhappy with the uses to which their tax dollars are being put by the government agencies and their personnel on their  wildlife, wild lands and park management files they make their discontent known. If, as is often the case in Canada, government does not listen, consult, or collaborate to explore with concerned citizens different approaches toward solving whatever the problem is perceived to be, frustrated citizen stakeholders will turn to the media including social media, or the law. Why? Because there appears to be no other choice or way of influencing the decisions made by bureaucrats and the highest ranking bureaucrat will get the most flak.
Listening means more than just meeting with concerned individuals and non-governmental organizations and ticking the consult box: Listening means the government actually respecting the electorate not as the subjects of civil servants. but as equal citizens entitled to input. To quote Henry Beston in The Outermost House, speaking of wildlife: "They are not brethren, they are not underlings: they are other nations, caught with ourselves in the net of life and time, fellow prisoners of the splendour and travail of the earth.” This is a fact which should never be forgotten or ignored.
In North America our undoubted mismanagement of this continent's richness of landscape, soils, vegetation, air, water and wildlife has been achieved by governments influenced by resource users and through the collaboration of civil servants. Mr. van Tighem mentions the uproar of press and social media against a 2018 decision made by Canada's Alberta Environment & Parks personnel to release rescued and reared orphaned Black bear cubs-of-the-year in mid October at the onset of winter when they are at greatest risk of predation and during the hunting season.
Thirty years of published research, and the work of the 37 North American organizations which rear and release orphaned black cubs shows that success in release occurs if black bear cubs are released between the ages of 15 and 34 months.  (Success is deemed to be survival for more than a month, resorption and reproduction within the wild population and no human/wildlife conflict occurrences outside being shot in the spring or fall hunts.
Unfortunately there is no mechanism within the Alberta Wildlife Act to appeal decisions made by Alberta Environment and Parks civil servants. This lack, in the Wildlife Act, of an appeal process enables Alberta Environment and Parks personnel to be without accountability so they feel confident in their decision-making, even though they may not be either informed or expert on the subject.
These decisions, as in the case of the bear cubs mentioned by Mr. van Tighem in his words, above, can be provably unwise from the perspective of animal welfare, bear biology and the ability to achieve the stated goal of the Alberta Orphaned Black Bear Cub Rehabilitation Protocol, which is that the released bears survive, are absorbed into the wild population, reproduce and do not come into human/bear conflict situations.
Statistics show that bear cubs overwintered with their dam/or in a rehab facility have an over 80 percent chance of survival into their second year of life whereas motherless, orphaned cubs of the year (unless rescued) have less than a 30 percent chance of survival.
As there is no appeal process that concerned individuals and citizens of the province of Alberta can take to have decisions made by civil servants reviewed, altered, or revoked and because the media and the internet exist, the public has no choice but to use those tools. 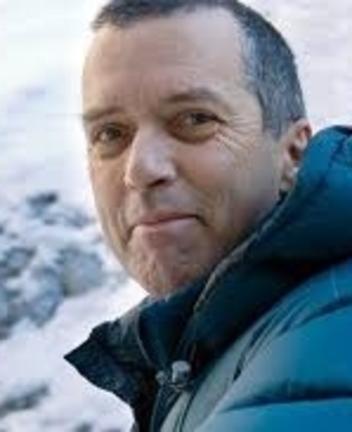 Kevin van Tighem is a former superintendent at Banff National Park. He is a naturalist and award-winning writer.  He lives with his wife, Gail, in Canmore, Alberta, a community often compared to resort towns in Greater Yellowstone. He's been identified in the past as one of the 50 most influential Albertans."