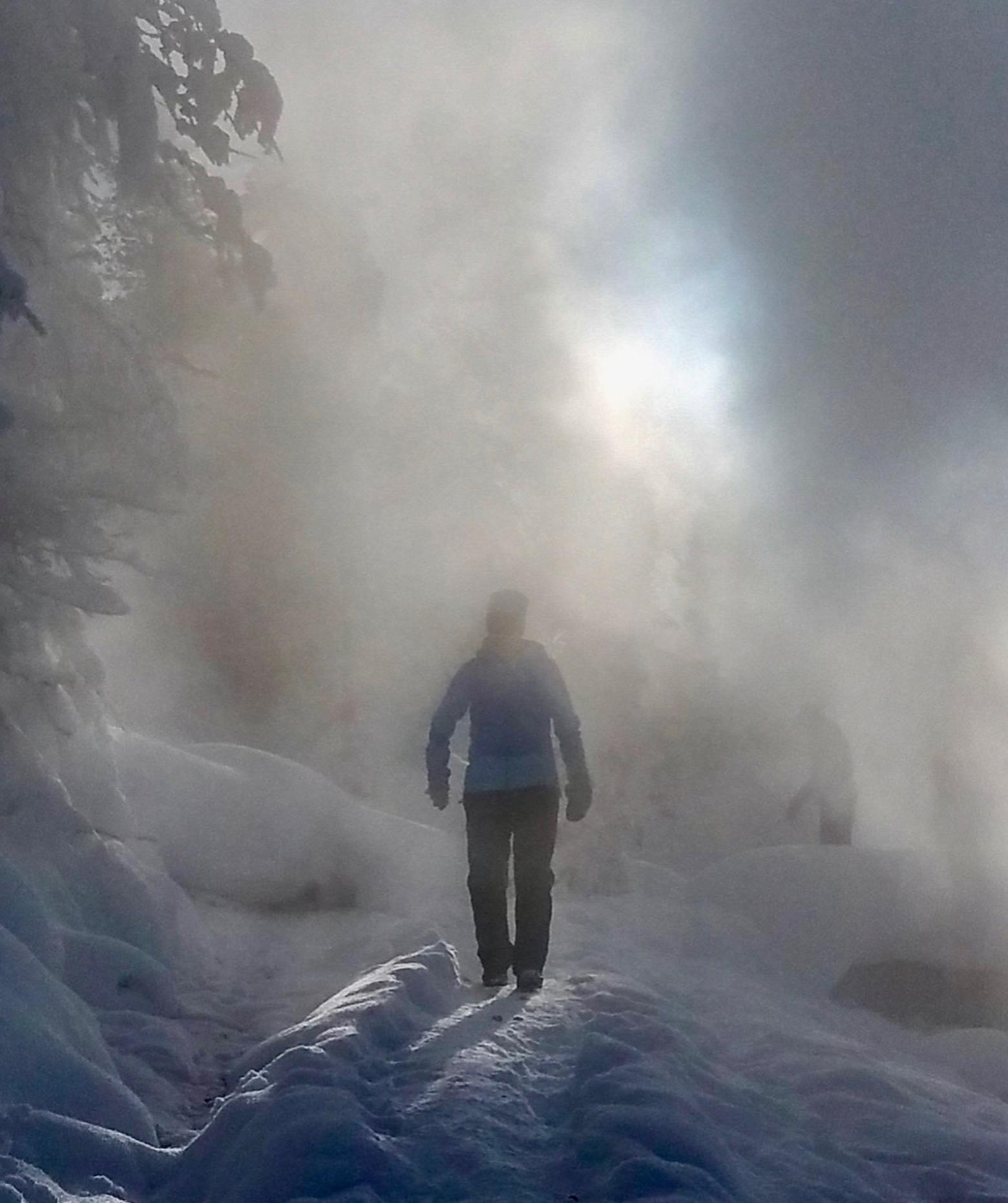 Solitude. Who gets to bask in its quiet, remote depths? Who feels safe, alone and secure in the likely possibilities that you will make contact with another human?
I don’t.
One of my greatest wants in life is time with myself in a place where I can go at it alone. I crave to embark on a trail head in the direction of a place which has been spared the physical constructs of modern “western” society.
But I’m female. I’m femme, and I’m brown. The first thing I was taught in relation to this part of my identity was to protect my body from men. And when I venture into these craved wild places, I see so much. I see peace and consternation. My body works to move along a place, to whatever destination I set out for. My breath is heavy, and my 3G is zero. There is no connection beyond my own body and the elements that circulate through it.
In that same space, I also see men. It’s not other people I’m afraid of, it’s man. My mother relentlessly sends me news pieces of women being attacked, violated, and sometimes raped or killed in our urban space’s wild places. Why should that be any different “out there” where the going and the getting is farther to travel and longer to arrive than it is in my city?
But for solitude: who would most benefit from its opportunistic company? Whose hearts deserve to be healed by the voice of the wind—made audible by vegetation and canyons? Whose minds deserve the solace away from highway noise, infinitely buzzing florescent lights, and consistent distraction?
Distraction from what? From your goals, your desires, your own path. Your life’s calling. What matters most to you which gets marred in the tumultuous flow of commercial advertisement, colonialism, and capitalism.
Whose bodies deserve full, deep, belly-extending breaths of clean air?
I do. My people do. Las mujeres the most.
Before I went to the desert, before my hands took the form of the swirling sandstone walls, before my awareness was as acute as the way through a canyon, I was empty. When I returned from that wild place, I returned empty. And for the first time, I was okay with it.
That wasn’t solitude per se; that was connection. That was actually quite the opposite of being alone: being so close, so relatable to every more-than-human body around me that I was not once separate.
So why do I crave this solitude? And why do I seek to be alone?
Perhaps I seek to be away from the male gaze. Just yesterday a man whistled at me from his truck as I pedaled past. Perhaps I seek to be away from anyone’s gaze. I find that in wild places, where I sense my time alone will not be interrupted, my queerness emerges, like an animal escaped from a zoo who found the woods after so many days hiding (from people). Somehow, whatever ideas of gender that stick on my visage are shed, and I am free. I feel worthy of running with my chest bare, and moving my body in whatever way feels natural. Though this is in the presence of my closest friends—definitely not acquaintances and definitely not my family.
And so while I enter these wild places with few loved ones for safety from falls, bites, and other potential wilderness risks, the main factor that keeps me close to my friends is random men.
Of course I think of those horrible stories my mother sends to me: “that would never happen to me and hardly happens at all in reality.” I can’t shake the stinging notion that being femme, alone, and amid wilderness is my calling card for sexual abuse.
Do you feel that too?
Solitude really isn’t about solitude. It’s about deeply connecting with nature—the nature of my self and the nature of the world around me. But the solitude enumerated in the Wilderness Act is objectified. Solitude is an opportunity which is preserved in wildernesses. Through this lens, it’s akin to a thing one can seek out, even possess for periods of time--that time only being broken when groups of 12 people or more enter your consciousness and share the same physical space you temporarily inhabit.
The word carries deep meaning beyond solitude from people though. All people could benefit from (a permanent) break separate from commercial advertisement in all its mediums and forms. Us queers deserve a break from gender coercion. Us femmes deserve a long lapse of time away from the sexual scan of a male’s eyes, and his comments too. Us people of color—us black, brown and indigenous people—have every right to feel the freedom of being held by, and relating to, Earth in Earth’s natural existance.
As all of these things, I deserve to feel safe in the wild and celebrate my being.

"Us people of color—us black, brown and indigenous people—have every right to feel the freedom of being held by, and relating to, Earth in Earth’s natural existance. As all of these things, I deserve to feel safe in the wild and celebrate my being."

My ancestors, and the ancestors of my kin, are perhaps part of this story. Generational trauma cannot be ignored. The lynchings in the woods. The border crossings through the Sonoran or across the río. The forced displacement and raids across the Atlantic and Turtle Island. The remote internment camps. The missing and murdered indigenous women, and girls taken from man-camps extracting on the land. My fear of others in the wild has roots in my DNA, in the stories told by my family, in the violent history and continuation of the United States of America on what we today call public lands.
My advocacy for these so called public lands cannot be heard without acknowledging this trauma. It is at least the first thing that can be done in mainstream “environmental advocacy” to promote healing.

"My advocacy for these so called public lands cannot be heard without acknowledging this trauma. It is at least the first thing that can be done in mainstream 'environmental advocacy' to promote healing."

There may be no healing in solitude without first recognizing the bloody, violent, colonial forces that objectified solitude in the first place. Maybe I don’t need to go at it alone.
EDITOR'S NOTE: Mountain Journal wants to hear from you, to share your stories the way only you know how to tell them.  Photo credit for top image: Diane Renkin/NPS 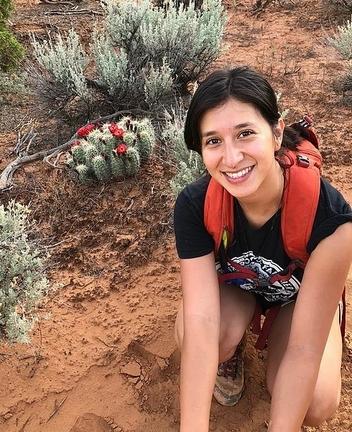 Writer Olivia Juarez hails from Salt Lake City and works as a Latinx Community Organizer at the Southern Utah Wilderness Alliance. There, she is living out her passion for  justice and the natural world by amplifying the people of colors’ voices in public land conservation. She graduated from the University of Utah in 2017 with an Honors Peace and Conflict Studies degree. Throughout her undergrad education she served as an intern for Wasatch Community Gardens, HEAL Utah, the Downtown Salt Lake City Farmers Market and SLCgreen,  and focused her research on food recovery systems, urban agriculture sustainability, and public land management in Bears Ears National Monument. She enjoys camping with her family, loud music, playing in the snow, yoga, and gazing at cryptobiotic soils.