Greater Yellowstone Photo Of The Day: Griz On Bison 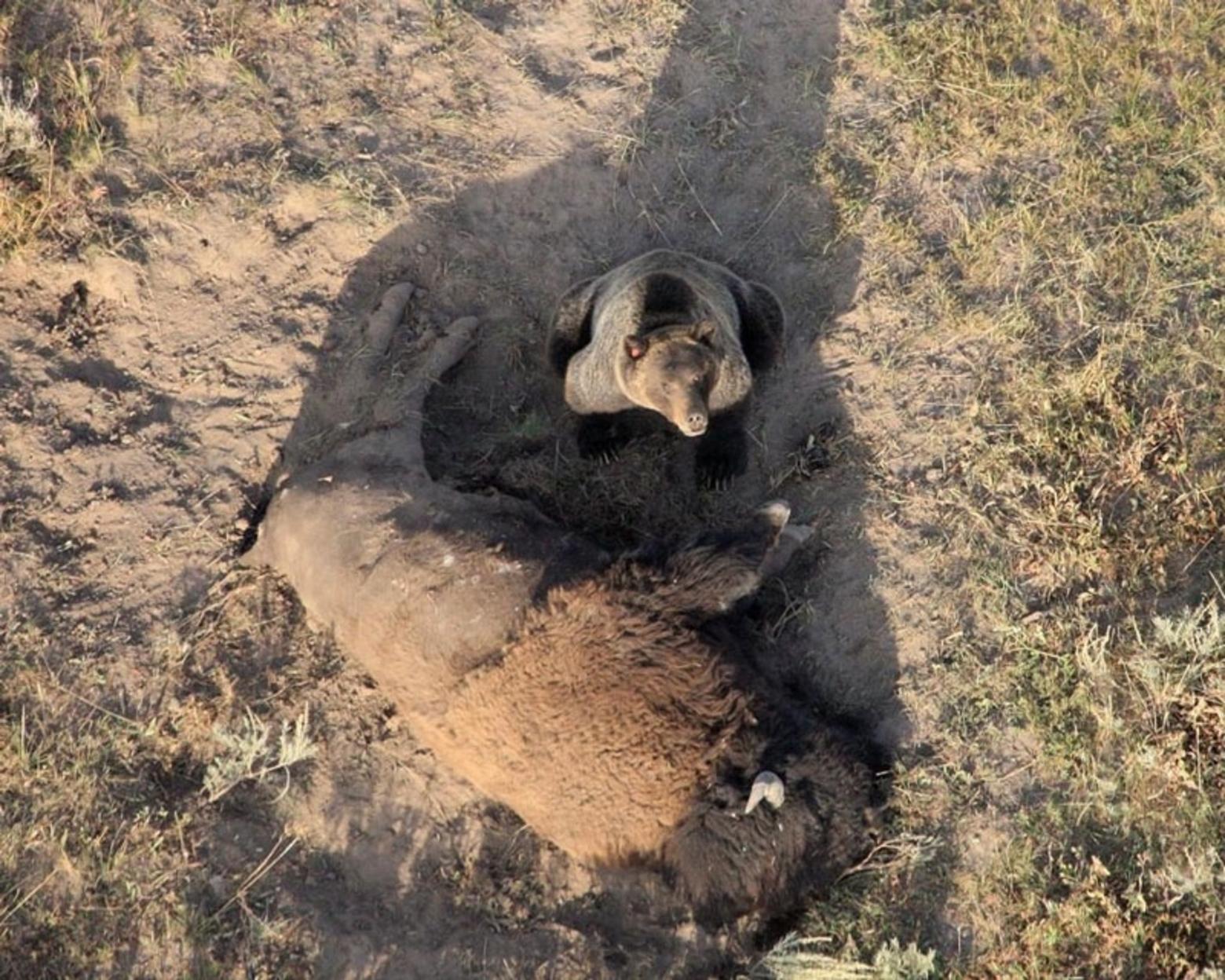 As the senior wolf biologist in Yellowstone National Park, Doug Smith often tracks not only his subjects from the air but he often is involved in conducting aerial censuses of their prey. Often, he sees other remarkable things, such as this grizzly bear about to feed on a bison that died naturally. Soon, the bear would be joined by a host of other creatures finding nourishment in the buffalo buffet. At the turn of the 20th century, wild bison were nearly extinct and as late as the 1970s there were 136 or fewer grizzlies in the Greater Yellowstone Ecosystem. The photo was taken a few summers ago but it is reminder of how wild America's first national park is—and its important role as a wildlife preserve.  Photo courtesy Doug Smith/Yellowstone National Park.
Increase our impact by sharing this story.

GET OUR FREE NEWSLETTER
Never Miss A Big Story!