Back to Stories
Bison, Yellowstone

After allegedly taunting a bison in Yellowstone and causing trouble in three parks, Oregon man arrested 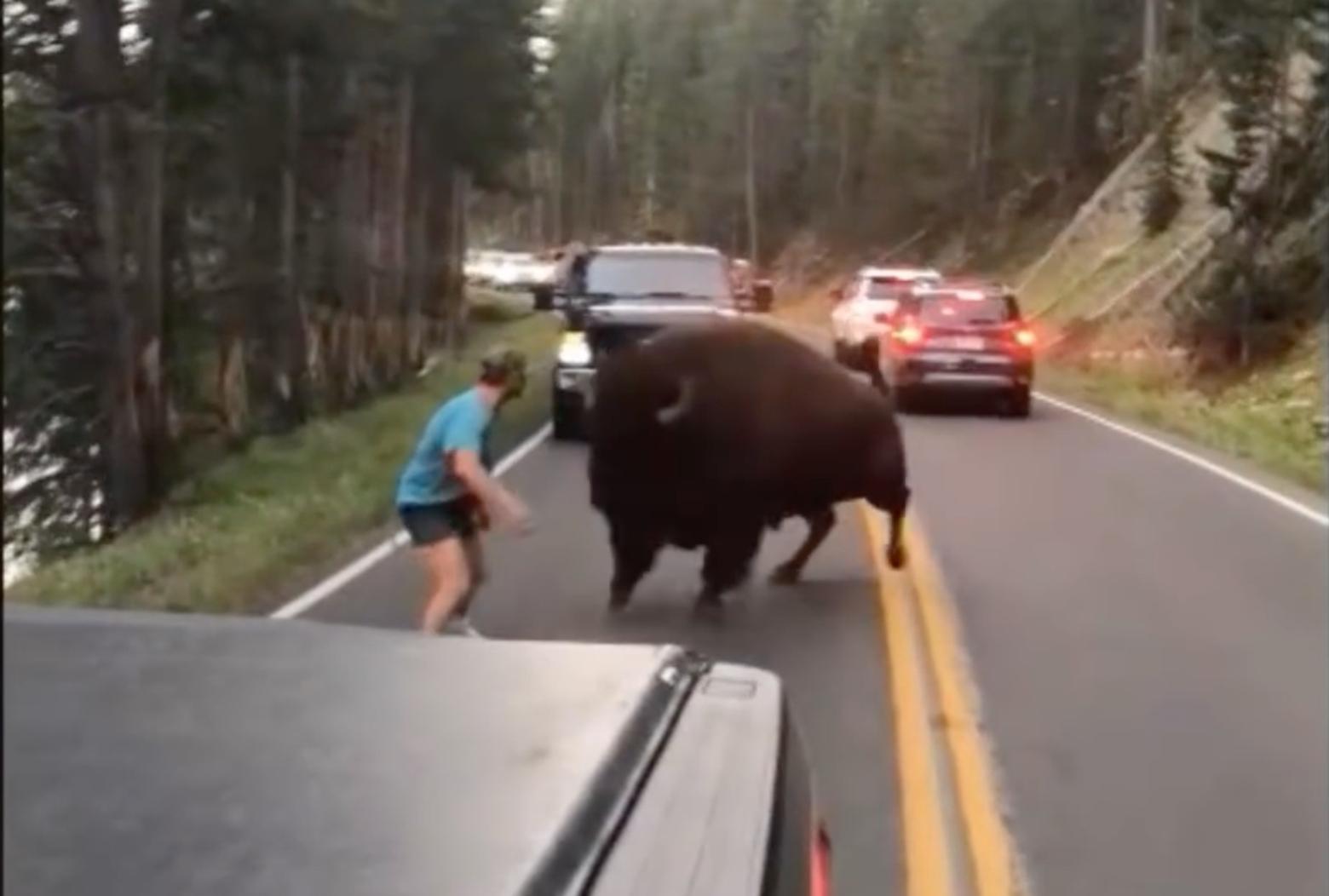 A screenshot of the video posted by alert tourist Lindsey Jones on Facebook
An Oregon man, arrested in three different national parks in a single week, was charged Friday with taunting a bison in Yellowstone—a roadside incident captured by a tourist on video that attracted widespread public outrage when viewed millions of times on social media.
Raymond Reinke, 55, from Pendleton, Oregon, made a court appearance before federal Magistrate Mark Carman in Yellowstone Friday answering to a misdemeanor charge of harassing wildlife.
According to a joint National Park Service press release, Reinke earlier had been arrested July 28 for alleged drunk and disorderly conduct in Grand Teton National Park and spent a night in the Teton County Jail in Jackson, Wyoming.
Following his release there, he traveled to Yellowstone.  On July 31, Yellowstone rangers stopped his vehicle for a traffic violation. “Reinke appeared to be intoxicated and argumentative. He was cited as a passenger for failure to wear a seat belt. It is believed that after that traffic stop, Reinke encountered the bison.”
Amid a Yellowstone “bison jam”—traffic congestion caused by the presence of buffalo along the roadway—a person believed to be Reinke was captured on video taunting a bison into charging, hollering at the animal and feigning a body builder’s pose, much to the shock of passersby witnessing it.
The scene was documented by a woman named Lindsey Jones who shared it on Facebook and it came to the attention of Yellowstone law enforcement officials. By then, Reinke could not be found. On Aug. 2, he was identified and taken into custody in Glacier National Park.
Reinke attracted attention to himself there by being involved in a public disturbance in the dining room at Many Glacier Hotel. “We appreciate the collaboration of our fellow rangers in Glacier and Grand Teton national parks on this arrest,” said Yellowstone Superintendent Dan Wenk in a statement. “Harassing wildlife is illegal in any national park.”
Summertime in Yellowstone often brings a wide range of outrageous incidents involving park visitors and wildlife or the park’s geothermal features. Already this summer a few people have been injured by bison and elk in Yellowstone.  In fact, bison have injured more tourists in America’s oldest national park than any other wild animal.
“We’ve stopped tracking the number of wildlife-human encounters because there are so many and a lot of them go unreported,” park spokesperson Neal Herbert told Mountain Journal Friday. “Is the number of incidents increasing? With the increase in numbers of visitors and increase in the documentation of incidents with mobile phones we’re seeing more examples showing up on social media.”
Jones' video is being entered as physical evidence to corroborate reports of visitors of Reinke's alleged conduct.
Herbert says the challenge is educating the public to respect the space of large animals that can cause injury. “It’s not surprising that the majority of people on the planet living in urban environments do not have experience dealing responsibly with wildlife,” he said.
People charged with misdemeanors for harassing wildlife can face fines, jail time or both, including being barred from entering a national park.

Out His Picture Window A Glimpse Into The Post-Holocene
Every day, Yellowstone winterkeeper Steven Fuller shares space with survivors from the Ice Age
Read
Montana, Wolves, Yellowstone