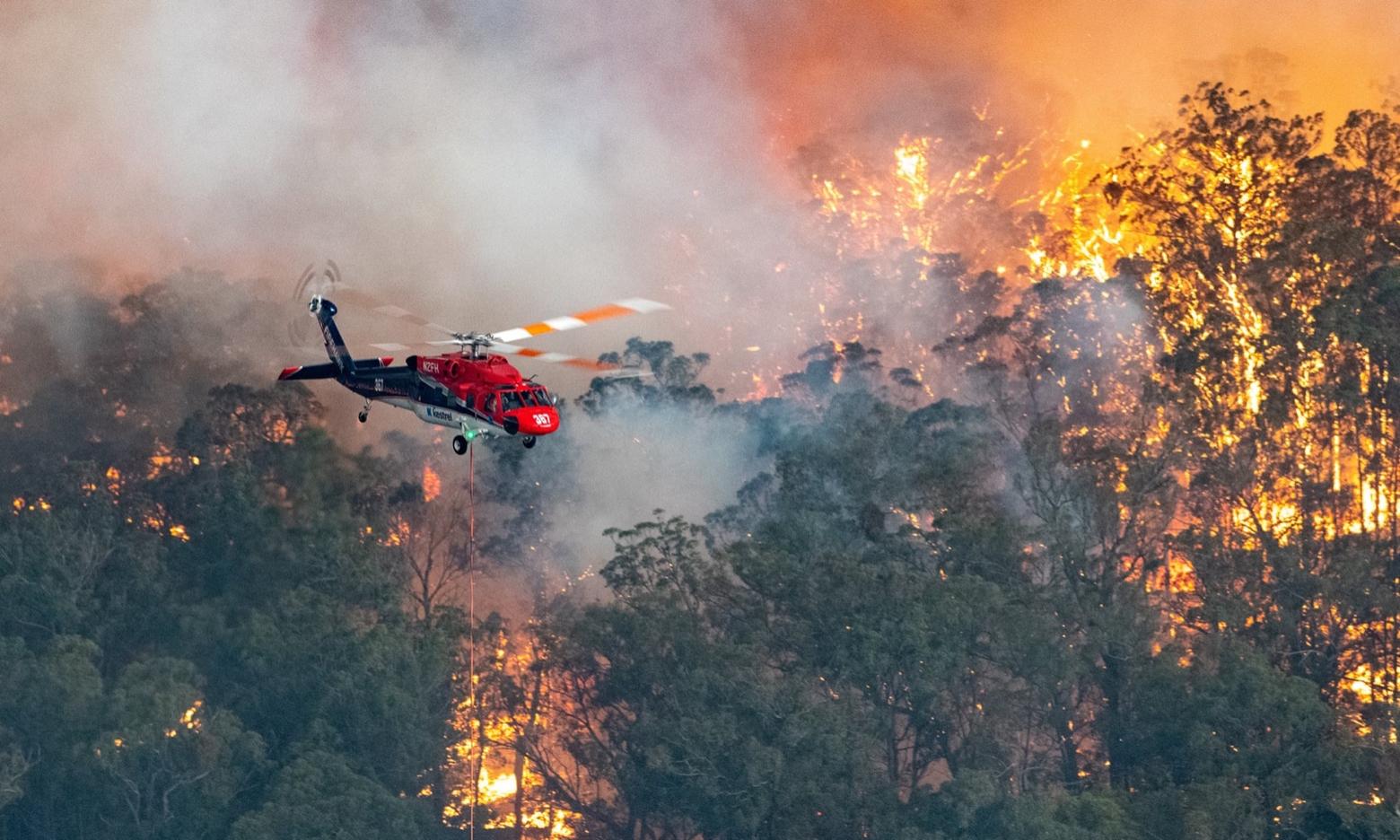 In Australia entire towns are burning along with forests and crucial habitat for wildlife. Photo: State Government of Victoria Handout/EPA
EDITOR'S NOTE: Mountain Journal is part of an international network of news organizations arrayed together in Covering Climate Now, a joint initiative of The Nation magazine and the Columbia Journalism Review. MoJo has a content-sharing affiliation with The Guardian, also a member of Covering Climate Change Now, where the following opinion essay by climate scientist Michael Mann recently appeared and which we are publishing with The Guardian's permission. 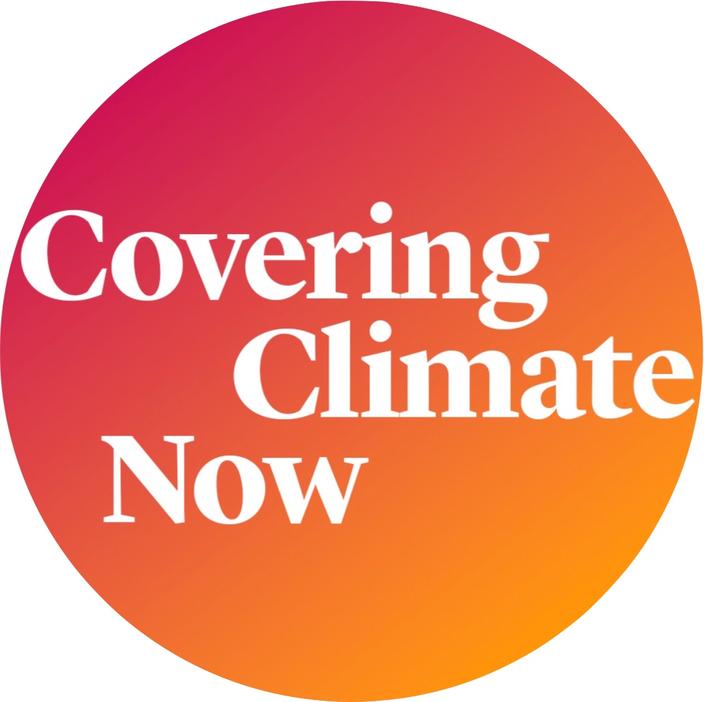 Mann has made observations over the years about the relationship between warming temperature trend-lines in the American West and the correlation to less snowpack lasting into summer, wildfires, lower stream flows, and drought conditions. Here, Mann offers a front-row seat to the historic wildfires burning in Australia. In autumn 2019, The Guardian made a change to its language style guidebook, saying that henceforth, "climate emergency" or "climate crisis" instead of the generic "climate change." Moreover, the words "climate science denier" and "climate denier" replace "climate skeptic."
by Michael Mann
After years studying the climate, my work has brought me to Sydney, Australia where I’m studying the linkages between climate change and extreme weather events. Prior to beginning my sabbatical stay in Sydney, I took the opportunity this holiday season to vacation in Australia with my family.
We went to see the Great Barrier Reef – one of the great wonders of this planet – while we still can. Subject to the twin assaults of warming-caused bleaching and ocean acidification, it will be gone in a matter of decades in the absence of a dramatic reduction in global carbon emissions.
We also travelled to the Blue Mountains, another of Australia’s natural wonders, known for its lush temperate rainforests, majestic cliffs and rock formations and panoramic vistas that challenge any the world has to offer.
It too is now threatened by climate change. I witnessed this firsthand. I did not see vast expanses of rainforest framed by distant blue-tinged mountain ranges. Instead I looked out into smoke-filled valleys, with only the faintest ghosts of distant ridges and peaks in the background.
The iconic blue tint (which derives from a haze formed from “terpenes” emitted by the Eucalyptus trees that are so plentiful here) was replaced by a brown haze. The blue sky, too, had been replaced by that brown haze. The locals, whom I found to be friendly and outgoing, would volunteer that they have never seen anything like this before. Some even uttered the words “climate change” without any prompting.
The songs of Peter Garrett and Midnight Oil I first enjoyed decades ago have taken on a whole new meaning for me now. They seem disturbingly prescient in light of what we are witnessing unfold in Australia.
The brown skies I observed in the Blue Mountains this week are a product of human-caused climate change. Take record heat, combine it with unprecedented drought in already dry regions and you get unprecedented bushfires like the ones engulfing the Blue Mountains and spreading across the continent.

Take record heat, combine it with unprecedented drought in already dry regions and you get unprecedented bushfires like the ones engulfing the Blue Mountains and spreading across the continent. It's not complicated.

It’s not complicated. the warming of our planet – and the changes in climate associated with it – are due to the fossil fuels we’re burning: oil, whether at midnight or any other hour of the day, natural gas, and the biggest culprit of all, coal. That’s not complicated either.
When we mine for coal, like the controversial planned Adani coalmine, which would more than double Australia’s coal-based carbon emissions, we are literally mining away at our blue skies. The Adani coalmine could rightly be renamed the Blue Sky mine.
In Australia, beds are burning. So are entire towns, irreplaceable forests and endangered and precious animal species such as the koala (arguably the world’s only living plush toy) are perishing in massive numbers due to the unprecedented bushfires. The continent of Australia is figuratively – and in some sense literally – on fire. 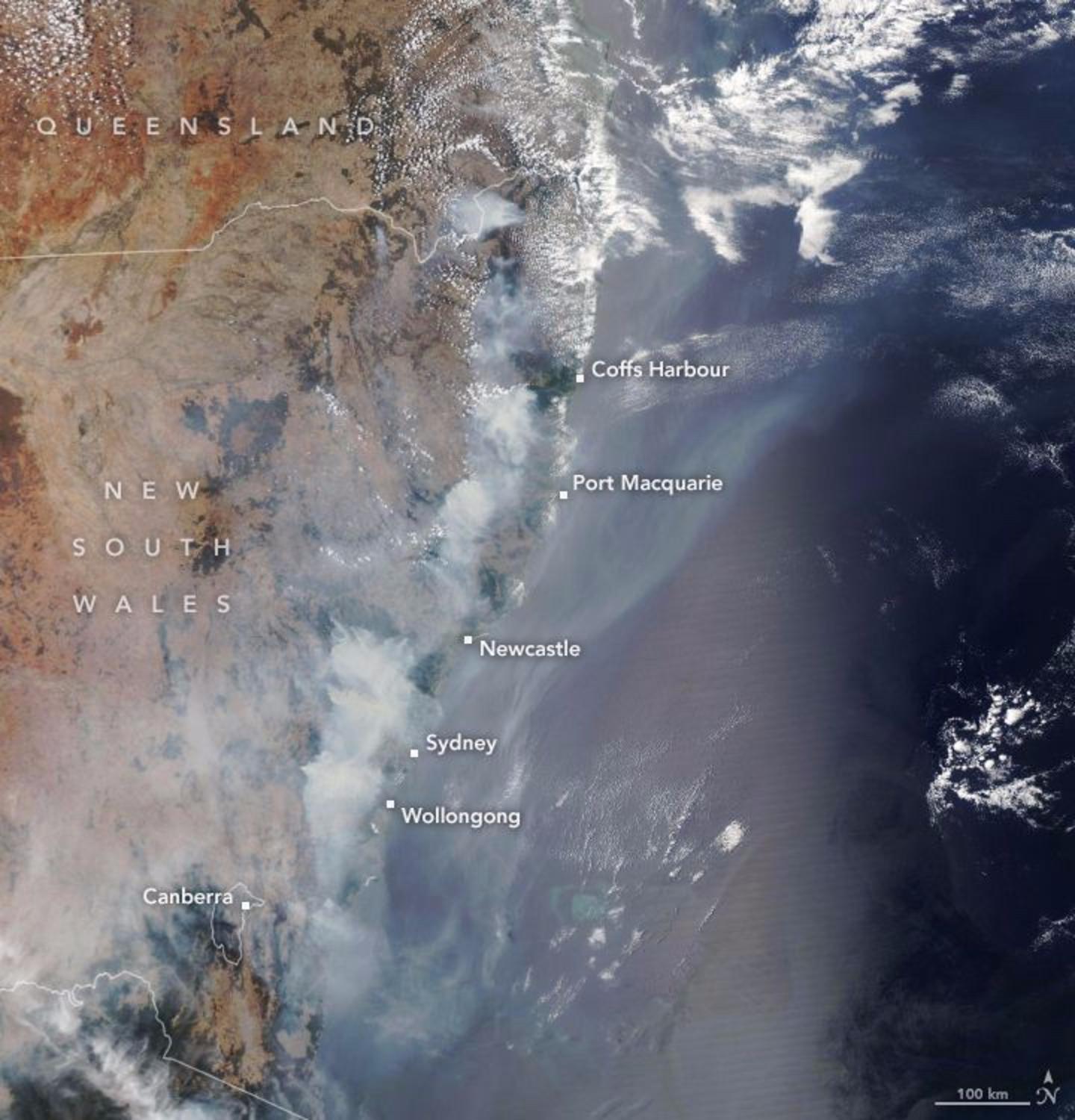 Smoke snows where the fires are burning. Satellite photo courtesy NASA
Yet the prime minister, Scott Morrison, appears remarkably indifferent to the climate emergency Australia is suffering through, having chosen to vacation in Hawaii as Australians were left to contend with unprecedented heat and bushfires.
Morrison has shown himself to be beholden to coal interests and his administration is considered to have conspired with a small number of petrostates to sabotage the recent UN climate conference in Madrid (“COP25”), seen as a last ditch effort to keep planetary warming below a level (1.5C) considered by many to constitute “dangerous” planetary warming.
But Australians need only wake up in the morning, turn on the television, read the newspaper or look out the window to see what is increasingly obvious to many – for Australia, dangerous climate change is already here. It’s simply a matter of how much worse we’re willing to allow it to get.
Australia is experiencing a climate emergency. It is literally burning. It needs leadership that is able to recognise that and act. And it needs voters to hold politicians accountable at the ballot box. Australians must vote out fossil-fuelled politicians who have chosen to be part of the problem and vote in climate champions who are willing to solve it. 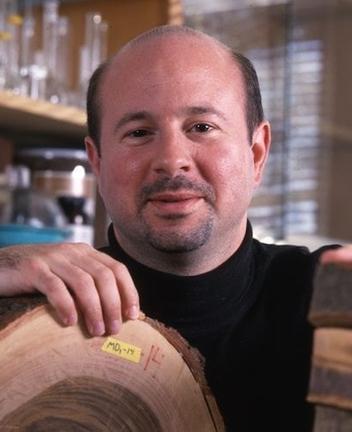 Michael E Mann is distinguished professor of atmospheric science at Pennsylvania State University. His most recent book, with award-winning cartoonist and writer Tom Toles, is The Madhouse Effect: How Climate Change Denial Is Threatening Our Planet, Destroying Our Politics, and Driving Us Crazy (Columbia University Press).