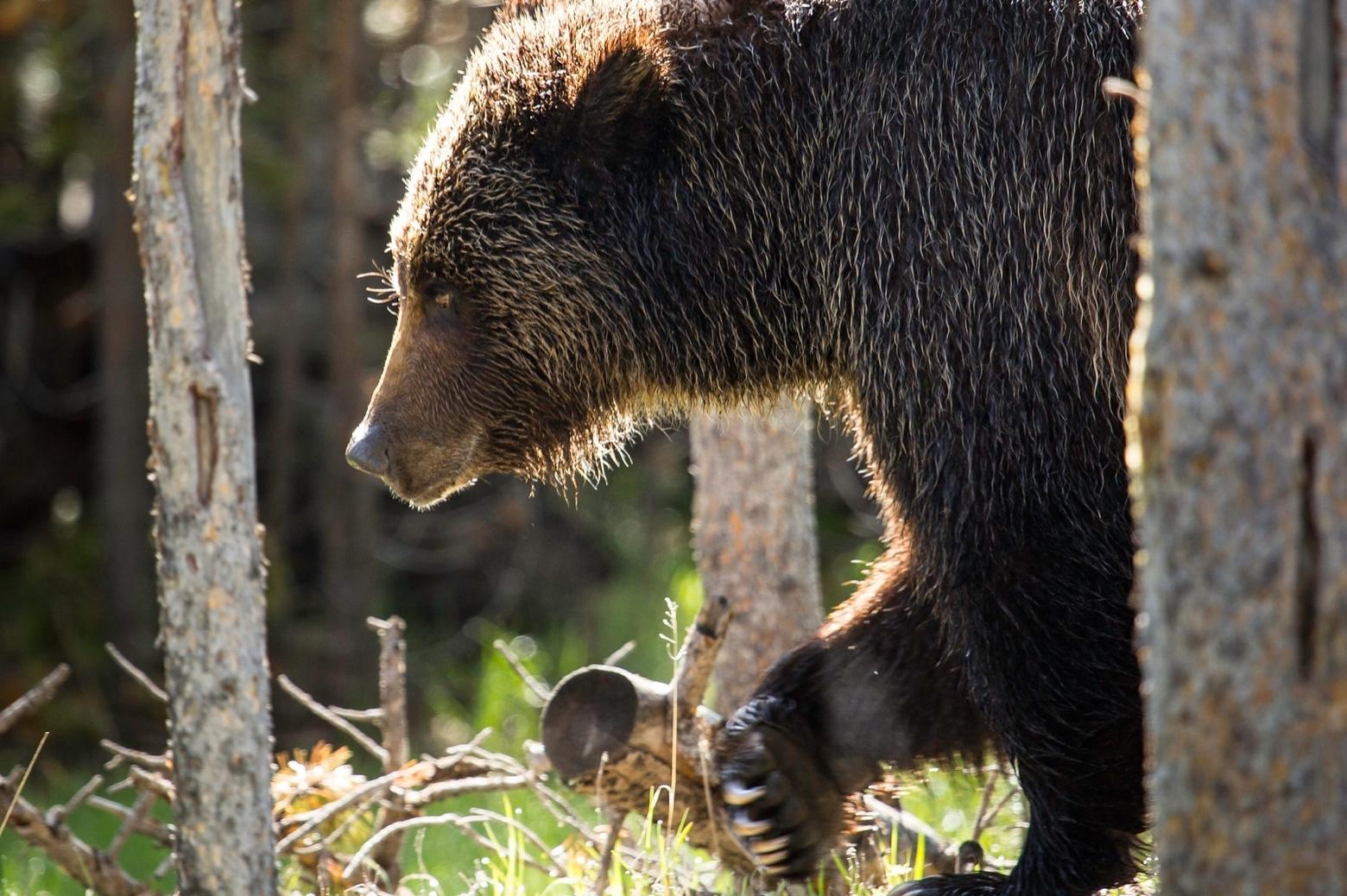 A grizzly near Swan Lake in Yellowstone. What is the likelihood of being attacked? Read the story below. Photo courtesy Neal Herbert/NPS
Grizzly bears in the Greater Yellowstone Ecosystem have been out of their winter dens for more than a month. With the first apparent physical encounter of the year between a human and bruin now in the log books, a little bit of public reflection and context are in order.
This is most relevant to newcomers in Greater Yellowstone and those headed to the region on vacation—those who are petrified at the spine-tingled thought of venturing down a trail where they believe bloodthirsty grizzlies are lurking behind every tree.
In the months ahead, more people than ever before in the history of the Greater Yellowstone region will be moving through wildlands holding more grizzlies than have existed here for more than a century.
A few million people in a landscape sprawling across close to 34,375 square miles (equal to half of New England) and holding perhaps 1,000 grizzlies.
Yes, it’s a potential recipe for likely human-bear encounters, including the possibility of casualties, yet the chances of getting mauled are slight. 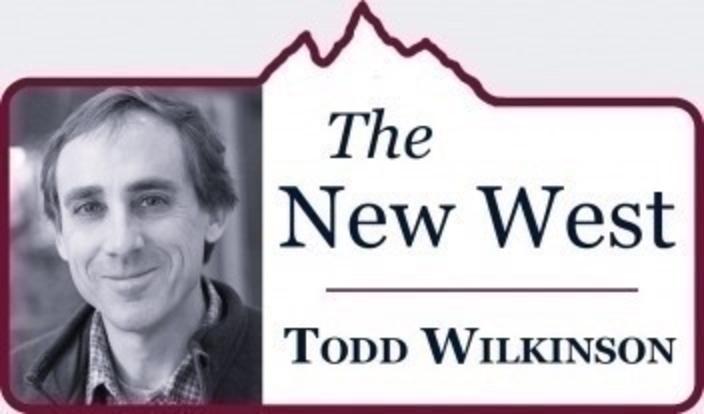 According to Yellowstone stats, over 100 million visitors have passed through the park since 1980 and 38 people were injured by grizzlies. Eight have been killed since 1872. The chances of being injured are 1 in 2.7 million. The risk is significantly lower, park statisticians say, for those who avoid the backcountry. For those who like to hike, the likelihood of getting injured by a grizzly if you camp is 1 in 1.4 million overnight stays and with day hiking about 1 in 232,000 travel days, even less if you hike in a party of four or more.
In comparison to the past, we Homo sapiens in the 21stcentury (sapien = wise; homo = human) have embraced something extraordinarily difficult for our species to do. We’re been willing to change the nature of our own behavior, doing more smarter things rather than dumb things in our navigations of bear country.
The advent of bear spray has given us a proven effective tool—a viable alternative to guns— that has been a game changer in reducing the number of fatalities involving people and bears.
And, thanks to public information campaigns, government regulations and people becoming smarter about food storage, fewer bears today are becoming habituated to human trash and edibles. This has translated into fewer incidents involving aggressive bears and thus fewer bear removals and human injuries.
And, thanks to seasonal closures, the decommissioning of old logging roads on the national forests, and no new major recreation trails being blazed into vital bear habitat, grizzlies enjoy more secure space to roam.
And, thanks to many ranchers employing range riders, modifying their animal husbandry methods, and conservation groups securing the retirement of cattle and sheep grazing allotments from willing sellers on public lands, conflicts that were rife generations ago are being avoided.
These things are epic achievements yet we Greater Yellowstoneans often take them for granted.
At a time when the survival prospects for many large mammals with canid teeth are dismal around the world, Greater Yellowstone is demonstrating a bold new vison for better co-existence, and we’re realizing the profound dividends—including economic— that come with it.
Last weekend’s apparent grizzly incident gives us a reminder that along with the privilege of dwelling in a rare landscape wild enough to sustain grizzlies, there comes responsibility. As locals, we’ve learned to move with heightened awareness through the front and backcountries, and we must educate our visitors why this place is different from any other.
State wildlife officials in Montana say a 17-year-old from Utah was charged by a bear on the east side of the Madison Valley April 7 while he was out searching for shed elk and deer antlers.
The incident happened near Wolf Creek about 30 miles south of Ennis, Montana where the teen’s family has a cabin.
Fortunately, after being treated for minor injuries at the local hospital, he’s in good shape.
A few lessons: if the bear had wanted to kill him, it could have.
While the teen was unable to deploy his bear spray, the laudable fact is that he was carrying a can and, after hitting the ground with the bruin on top of him, he said he told investigators he somehow managed to discharge the contents of the spray into the bear and the bruin left the scene. Bear spray worked.
Finally, based on information shared by Montana Fish Wildlife and Parks, it appears the young man was alone but carrying a radio. If that’s true, we need to remember that it’s never wise to be traversing bear country alone on trail or off, especially now with winter-killed ungulate carcasses scattered across the landscape and hungry bears protective of those key food sources.
We Greater Yellowstoneans should have much-deserved pride in setting an example for the rest of the country and the world.  We have a caliber of wildness beyond our backdoors that few other places on earth can boast. And we know how to live respectfully with the being that makes wildness real.
Have fun out there. Be grizzly smart and safe. Carry bear spray. Read Mountain Journal's in-depth examination of why bear spray works by clicking here.

PLEASE SUPPORT US: Mountain Journal is committed to giving you stories and perspective  you won't get anywhere else.  Please click here to support a fearless publication devoted to watchdogging the most iconic wildlife ecosystem in America. Thank you.