For A Generation, "The Blue Door" Was A Safe Space On Bozeman's Main Street

Psychotherapist Timothy J. Tate says the biggest downside of his community becoming the "it" place is the loss of handshake agreements 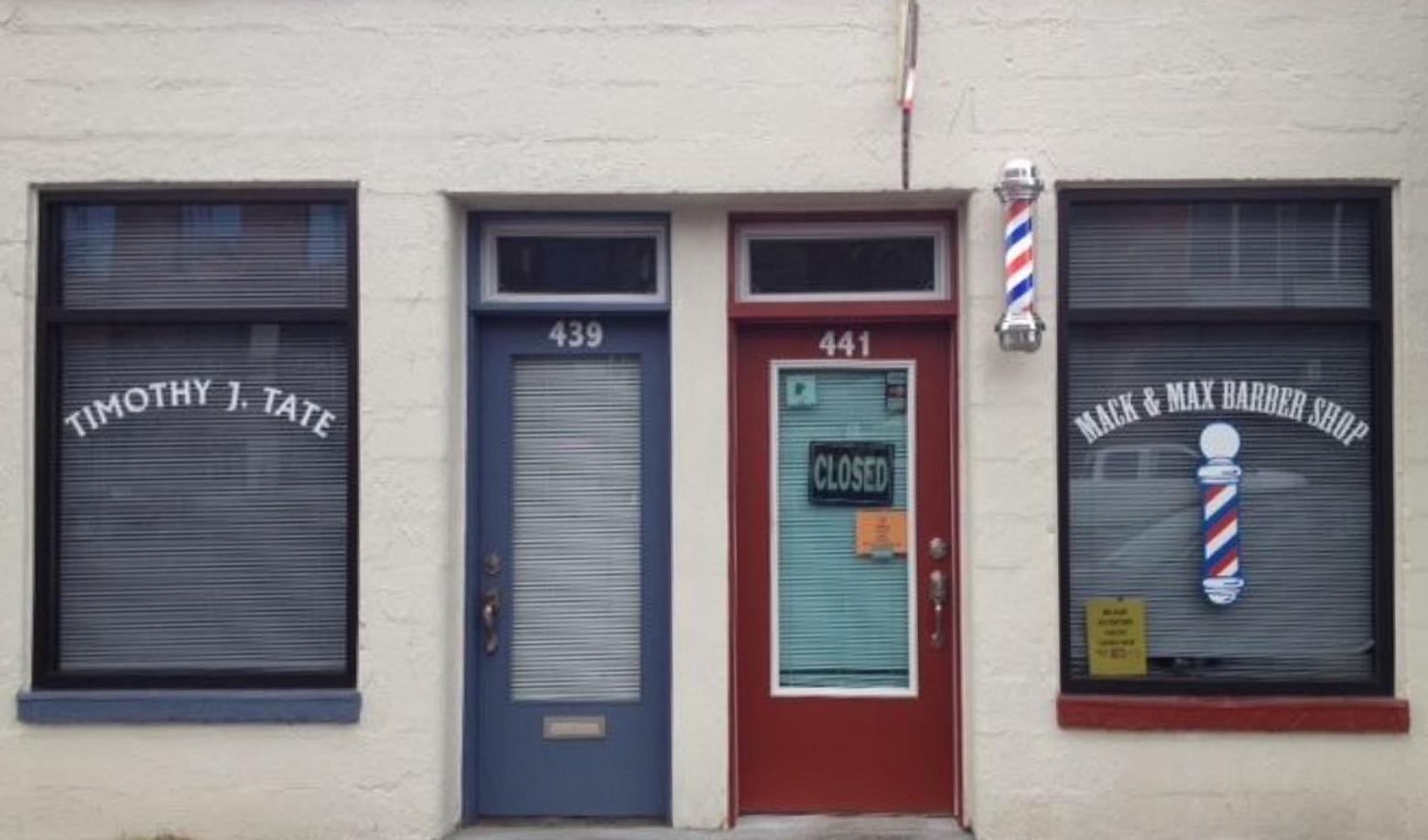 The author contemplates the meaning of red, white and blue from behind the door of his clinical therapy practice in downtown Bozeman, Montana
In my weekly interludes with you here, I will often make passing reference to The Blue Door. My reader friends outside of Bozeman may not realize that, for a few decades, The Blue Door was my calling card at 439 East Main Street.
Nothing more than the numbers to the address of my practice as a psychotherapist and my name stenciled on the window provided any inkling.


Although I’ve since moved my digs just around the corner, my office was both conspicuous given its location and discreet in that, unless you were paying visits or knew someone who was, you might not have a clue of what went on behind the closed blinds.


There is a lot of talk in these modern times about the need to create “safe spaces” where we can be secure to share what’s on our minds. The realm on the other side of The Blue Door is one of the places where I glean insight into the undertow of community. Every kind of human challenge has been discussed, part of a broader pattern of social interaction that is the journey of life in the Greater Yellowstone Ecosystem.


Reflecting on the importance of having your own version of The Blue Door, no matter what form it takes, got me to thinking of how the location of my office started with a handshake deal. 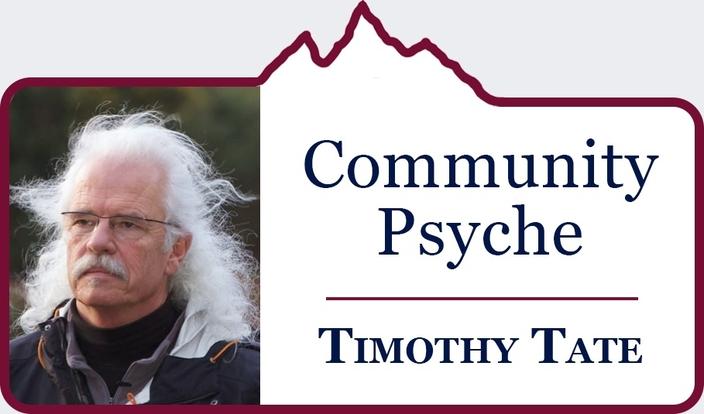 Here's how I remember it:  Very clearly, I still recall how the back of my landlord's fingers were weathered like only a blue-collar man’s hands can be; more like a creased and worked paw; like a side of ham that defied gripping.


He knew I was seeking a space to set up my practice. We settled on a $125 monthly rent for the 190 square-foot room next to Al’s Barber Shop and two doors west of the Western Café, a greasy spoon institution. He owned the building that housed all three businesses.


As a triad, they are part of one of the oldest structures in Bozeman dating back to a time when mule trains rested on the dirt road, hitched and sturdy in their stance, maybe six teams pulling covered wagons plump with expectations. Main Street was a westward shortcut blazed by our town’s founder John Bozeman, who poached a settler trail illegally across Indian treaty lands in order to reach the gold fields in Virginia City.


Over time, the muddy route rutted with wagon wheel tracks  turned into a four-lane state highway.  Even in 1988 when this story begins, buckaroos and cowgirls would still ride  their horses past the window of my office, either working their steeds to be unafraid of traffic or just passing through on their way to greener pastures. Once, as legend has it, a  hippy during the 60s was lassoed by a wrangler who treated him like a steer in a roping context and cut off his locks because Bozeman, unlike Missoula, wasn't a place for long hairs.


But back to my story: Dave the new landlord told me that I would be responsible for upkeep and maintenance deducting whatever necessary work cost from my rent. There was no lease, just a monthly good faith payment that I would mail to his home address on the first of every month.


Whenever Dave would stop in for a haircut with Al or bacon and eggs with Dick and Alice at The Western, he would also give a wave to me or if I was not in session stop by for a visit.


We wouldn’t say much. I don't think he ever quite comprehended the work that happened in my space but it didn't matter. The texture of our conversation reminded me of my Eastern Montana years listening to the sweet melody of meadowlarks, the sagebrush pungent with morning dew, and ranch hands lining out the day’s work.  Our chats were sparse, unforced, and unencumbered, our words couched in comfortable silences accented with occasional joshing.  You didn't have to say something profound to trust in the connection.


For years prior, I had held counseling sessions in the study of our home on North Wallace. This historic home was an example of the brick cottages built around the turn of the twentieth century that sheltered honest hard-working citizens materializing their American dream. Bozeman, need I say it, was much quieter then.


My wife, Susan and I moved from Miles City and were gob-smacked with early eighties Bozeman, the tree-lined streets and how our white picket fence idyllically fronted the peaked gabled brick home with its front porch and separate entrance for the office/study.


Back in those days, Bozeman exhibited no sign of oneday becoming one of the “it” places to be in America.  It was quiet, lacked attitude and the ambition that somehow to be legitimate it had to morph into something else. Susan and I wanted to plant roots the way many couples do.


Leaving one decision to fate, we agreed that we allow a year to pass without using birth control to see if a pregnancy would bless us. I was approaching forty and she thirty-eight so it felt like the conception, pregnancy, and birth clock was ticking loudly.


Earlier that year, we led a group down into the Yucatan to visit and meditate on the ancient Mayan ruins in Palenque, Tikal, and other more hidden sites like the “mystery school” at Edzna. I was moved by an image of the Temple of the Grand Jaguar at Tikal, what with its hundreds of steps leading up the jungle’s canopy and the mist shrouded foyer of the gods. In preparation for our group adventure, I lead weekly 6 a.m. meditation sessions.


Seven brave women joined us and for a month we travelled together. At the end of that time we spent a week or so in Playa del Carmen with its dirt roads, Palaypas, Tiendas, and our home for the stay, the Banana Cabanas. It was here in privacy that our Mayan-influenced hitchhiker, daughter Abbey, came on board.


Not long ago, we returned to Mexico with Abbey as then a twenty-six year old woman to see if we could find the Banana Cabanas. All we found was the exploding spasm of a contorted sprawling mass of Cancun South, that Playa had become.  It’s hard to reconcile how its discovery by the masses resulted in anything that enhanced its original charm.


When we were back in Bozeman and the stick turned blue, confirming Abbey’s arrival, Susan looked at me dumbfounded, since it was at the end of our year of not using protection, declaring as only she can: “You knocked me up!”


What this meant on a purely practical level was that I had to find a new office space since my study would become the baby’s nursery. And as I am wont to do I walked Main Street later in the year looking for a space to put out a shingle.


And I headed to The Western for breakfast. Seeing a For-Rent sign in a storefront window that used to house a yarn shop called “The Real Ewe”, I called the number.  Dave and I met, we cut a deal, but it did not include the yarn shop sign which, in jest, I thought of changing to read “The Real You” as the advertisement for my practice.


After we shook hands, Dave gave me the key and home I went, elated that such a space of character opened up. Right on Main Street.  That night, I had a dream visualizing a front view of the newly-found space. It looked just like it did but the façade was painted bright white and the door was a big sky blue.


On that cue, Susan and I painted the space according to the dream’s palate, remodeled the interior from its former use as an insurance agent’s, locksmith, and yarn shop retail use to the quiet of a locked Blue Door consulting room. An artist in my practice agreed to paint ‘Timothy J. Tate’ in an arc on the front window leaving as a mystery, behind the venetian blinds, of what happened there.


I bet over the years I have listened to sincere individuals share hundreds of thousands of dreams in my office. We have been entertained, evoked, disturbed, motivated, and found new direction through their illusive yet demanding imagery in the quest to make sense of them.


Not so long after Dave left us, Minerva did, too, and the handshake deal was inherited by her soul survivor, her nephew, Robbie.  There were no attorneys called in or consultants paid to offer advice on how the building should be treated as a real estate play to maximize profit. The monthly rent and conditions remained the same, just the name and address on the check changed.


More years passed, as did Robbie. He died while walking the Gallatin Mall. His wobbly, wandering gait stalled and collapsed while exercising. His eccentric mild-mannered nature punctuated with off color jokes, some really funny, others mildly offensive, went with him to the grave.


It would have been a fairy tale to believe things would forever remain the same. Sure enough, ownership of the three adjacent structures changed. A three-year lease, some twenty pages long, followed.


The barbers and I met with her in the Western and negotiated the terms in a tense yet respectful conversation over the table where I had consumed the special of breakfast sausage, eggs up, rye toast and hash browns so many times with patrons, including an actor who played Batman.


When the lease expired, so did my tenure behind The Blue Door, among a long list of expirations affecting mom and pop family establishments that used to define the six blocks of downtown.


I had hoped to take The Blue Door with me. I wrote a hand written letter to my landlady expressing a bit of history, sharing how I had paid for The Blue Door in so many ways.  As a gesture for which I am eternally grateful, I received an answer from her attorney stating that it would be gifted to me.