In Irish Gaelic, Angus O’Keefe’s last name is Ó Caoimh, which appropriately, in the case of Mountain Journal’s Associate Editor of Content, means “gentle” and “kind.” Young Mr. O’Keefe’s influence is evident in the aesthetic feel of MoJo you now find before you.
We’re happy to have him on board and excited to witness the finding of his voice as a writer and shaper of graphic design. As a gesture of our appreciation, Gus will be penning a column that is the dream of many his age, identifying some of the best libations of the Greater Yellowstone region.  What interests him most is meeting the people behind them.
MOUNTAIN JOURNAL:  You are a Montana-born Millennial.  While you do not purport to speak for your generation, what are some of the things that generally define Millennials and what do the oldsters misunderstand about them?


ANGUS O’KEEFE: I’m glad you prefaced the question that way.  I certainly don’t claim to be the voice of my generation. That being said, I think there are attributes and outlooks of Millennials that are overlooked by—I wouldn’t stoop to saying “oldsters,”—but those of a more senior generation.


I think the major misconceptions center on a belief that we are entitled and disengaged.  This couldn’t be further from the truth.  The world we inherited from the last generation is one in which it is considerably harder to set out after high school or college and establish yourself immediately in a stable, lifelong career.  The “by the time I was your age” comparisons need to be thrown out the window.  Our lives’ paths are admittedly more rambling than previous generations, but I don’t see that as a negative.  It often leads to incredible innovation, entrepreneurship, and humanitarianism that will define the world of the future.


MOJO:  Clearly, and scientific studies bear this out, digital media is rewiring the brains of young people whose native way of relating to the world is though virtual media. It is changing the way your generation socializes, via devices instead of direct face-to-face, eyeball to eyeball social engagement. And feeding the urge to always be online, thereby compromising one’s willingness to go unplugged. Some would argue it is also leading to a form of disengagement that wears the mask of involvement but is really confrontation-averse. 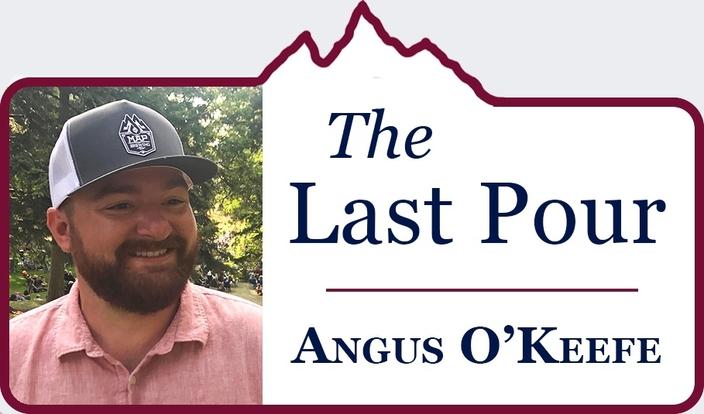 OKEEFE: Regarding our disengagement, this is a double-edged sword.  Social media has indeed created a new reality for debate and partisanship, but often that is all other generations see of our discourse.  I have friends who think Donald Trump will make America great again.  I have friends who think Bernie Sanders isn’t liberal enough.  I can sit down with any of them and, once we get away from the Facebook hysteria have sincere, conscientious debates.  We may not always come to a consensus, but there is always respect.  I think that is what gets lost most in the digital interactions of Millennials, but the engagement is there.  You just need to get off the computer and actually engage another human being to see it.


MOJO: As a Helenan who resettled to Bozeman, what kind of energy do you find here, the biggest city in Greater Yellowstone, and how would you describe the scene for young people in that sweet spot age between college and middle age?


O’KEEFE: Bozeman checks nearly all the boxes.  It has a thriving downtown bar and restaurant scene, an influx of good paying, intellectually-demanding jobs, and incredible outdoor recreation.  I moved to Bozeman after spending time in Minneapolis, Los Angeles, and the Bay Area, and have been incredibly impressed with the growth over the past decade or so.  I think that, compared with other communities in the region, it has managed to grow aggressively, while also maintaining the attributes that make Bozeman unique.  The only box left unchecked, and it is certainly a hot button issue in the community these days, is affordable housing.


I know that MoJo plans to dedicate ample time to the debate over how best to manage growth, development, and affordability not just in Bozeman, but the entire Greater Yellowstone Region, and I look forward to being able to contribute my humble voice to the conversation.  I certainly don’t claim to know the best way forward, but I do know that those in my generation are determined to be a driving force in the continued molding of the region.


MOJO: For Mountain Journal, for whom you also serve as Associate Editor for Content, you will be penning a column called The Last Pour, exploring the new golden age of craft brewing around the ecosystem.  As you set out on this mighty quest, what are you seeking to find in terms of the holy grail?


O’KEEFE: I think the beauty of the quest is that there is no “holy grail” when it comes to beer.   Everyone has a different palette and is going to enjoy different brewery atmospheres.  Though I am incredibly excited to get to sample a smorgasbord of craft beers (my trainer is notably less excited about this prospect), I am even more interested in using this opportunity to explore the Greater Yellowstone region.


Perhaps the fact that my job is to travel around one of the most stunning areas on Earth, drinking good beer and meeting the men and women brewing it means that I have already found the holy grail.  Not to sound too cheesy, but I am looking forward to the people and places even more than the pints.


MOJO:  Your mom is a Minnesotan who grew up with the tradition of heading north to the lakes. Has her affinity for nature and progressive thinking about society rubbed off on you?  Your dad was a military paratrooper, bear ranger, tour bus driver, backcountry guide in Glacier, and ski lift operator at Big Mountain in Whitefish before becoming a civil servant and being involved with Montana politics at the highest level. Does his professional arc influence your contemplation of a career path?


O’KEEFE: Well, both my parents graduated from the University of Montana. My father has dedicated large portions of his life to Glacier National Park, and here I am—a Bobcat fan working for a Yellowstone-based non-profit, so I have clearly zigged at points they may have zagged.


Joking aside, I have certainly been influenced by my parents, though not necessarily by their career choices. I think what I have taken most from them is a determination to do good in this world, to treat others with kindness and honesty, and to be a steward of the community and the land that you inhabit.


Both my mother and father have dedicated years to non-profit work, and I firmly believe that both the city of Helena and the state of Montana are better for having them in it.  That is a big statement, and a daunting one for me personally, but they certainly serve as an inspiration for what can be accomplished when you are passionate and dedicated to a cause in which you believe.


MOJO: You just presided as a man of the cloth marrying some good friends. Tell us about that? Do we need to also call you reverend?


O’KEEFE: The fog of adrenaline and anxiety still hasn’t quite lifted, but I will do my best.  It was the second wedding I have officiated, and I can confirm that the second go-round is approximately three percent less terrifying than the first. In all honesty though, despite my fear of public speaking, being asked to take on the role of “Officiant” for some of my dearest friends has been one of the honors of my life.  I am not sure that either couple fully understands how much the gesture meant to me in the moment and still means to me now.


It also allowed for moments of introspection.  Having no experience presiding over events like that, writing the ceremonies challenged me to ponder human relationships and specifically my friends in ways that I hadn’t before.  I think that occasionally we take for granted the people closest to us, but being forced to sit down and contemplate “what makes these people special to me, to all of those in attendance, and to each other?  Who are they at their core, and how do I acknowledge and convey that in a unique way?” reminds you how lucky you are to be surrounded by such stellar people. 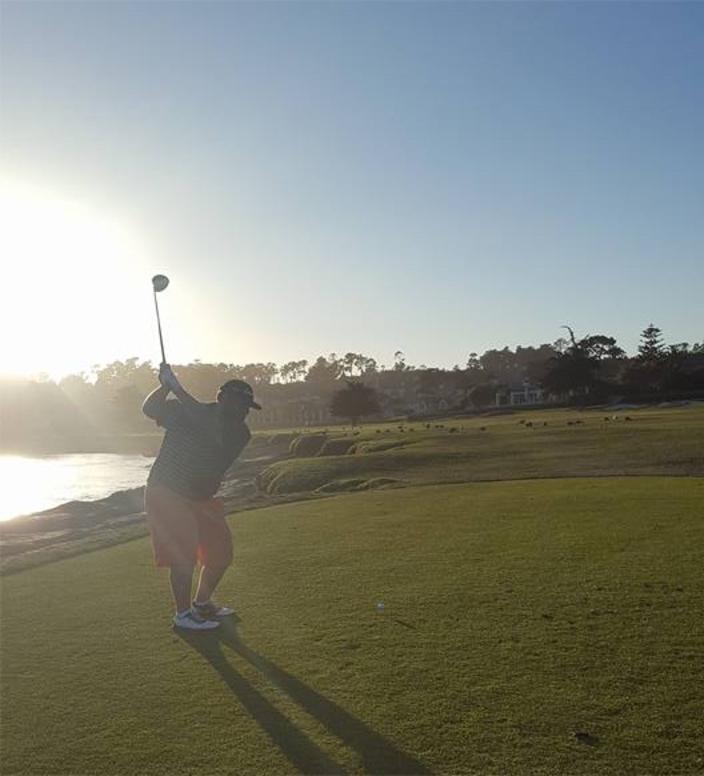 MOJO: Since you haul a bag over your back and occasionally disappear from the office, we need to know. Lowest golf score? Favorite course? Most famous person you've ever met on the fairway.  How close have you ever come to a hole in one?


O’KEEFE: 80, sadly.  I have been on the precipice of 79 for years, and can’t get over the hump.  I will always have a spot in my heart for Bridger Creek in Bozeman, as that is where I fell in love with the game of golf, but I was fortunate enough to play Pebble Beach so, sorry Bridger.


The most famous person I’ve encountered on the course has to be the boxer Oscar De La Hoya, who I was randomly paired with and played a full round alongside.  He’s a left-handed big hitter on the course too. As far as a hole in one goes, I’ve put a couple close, but I’m yet to get my first ace. You always hear stories of people shanking one off a tree limb and it miraculously bouncing into the hole for a 1 though, so I guess I still have a chance.
Increase our impact by sharing this story.

GET OUR FREE NEWSLETTER
Never Miss A Big Story!
Tags: The Last Pour

The Voice Of Lois Red Elk-Reed Hails From The Real Old Old West
From working on multiple fronts to preserve her culture to advising Hollywood on its portrayals of native people, Lois Red Elk-Reed,...
Read
Culture, Guest Commentary, Politics, Ranching

Robert Staffanson (1921-2019) Reflects On What It Means To Be A Real Cowboy
An old wrangler looks back on his life as he nears the end of the trail.  Bob Staffanson, who founded The...
Read
Bozeman, Civil Society, Columnists, Community, Community Change

Mindset: Timothy Tate Analyzes The Psyches Of Mountain Towns
We live in a region of hopes, dreams, reinvention, greed, magnanimity and hardship playing out on landscapes visible and within. Provocatively,...
Read
Back to home