Idahoan tossed off trail at Old Faithful area by buffalo. First incident of 2018 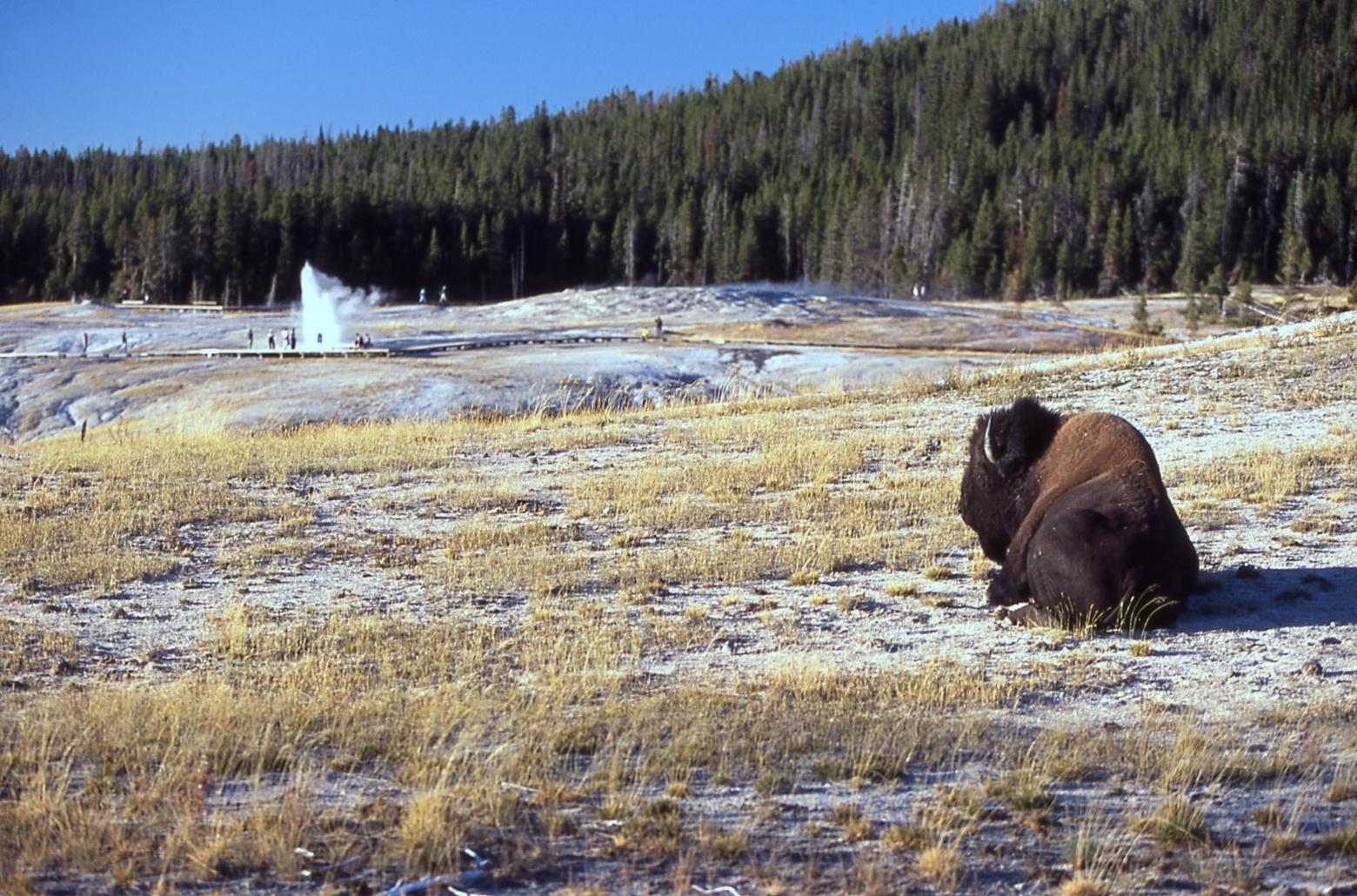 A bison bull in the Old Faithful area. Bison have injured more tourists in Yellowstone than any other animal. Photo courtesy Jim Peaco/NPS
A 72-year-old Boise, Idaho woman sustained minor injuries when she was head-butted in her leg by a Yellowstone bison Tuesday.
Virginia Junk told investigators that she was walking around a trail bend and encountered a bison, which then butted her in the thigh and pushed her off the path.  She was transported to Madison Memorial Hospital in Rexburg, Idaho and, according to park officials, sustained only minor injuries.
It was the first reported bison-related injury to a tourist in Yellowstone this year. In 2017 there was one incident and in 2015 five incidents in which physical contact was made between wild bison and people.  Bison have injured more people than any other animal in Yellowstone's history.
"When an animal is near a trail, boardwalk, parking lot, or in a developed area, give it space," Yellowstone said in a statement.  "Always stay at least 100 yards (91 m) away from bears and wolves, and at least 25 yards (23 m) away from all other animals, including bison and elk. If need be, turn around and go the other way to avoid interacting with a wild animal in close proximity."
For more on safety related to wildlife and other Yellowstone phenomena, click here.
Increase our impact by sharing this story.

GET OUR FREE NEWSLETTER
Never Miss A Big Story!