George Bird Grinnell: His Impact As "The Father of American Conservation" Written Across Today's West

John Taliaferro's "Grinnell: America's Environmental Pioneer and His Restless Drive to Save the West" is epic, entertaining and important 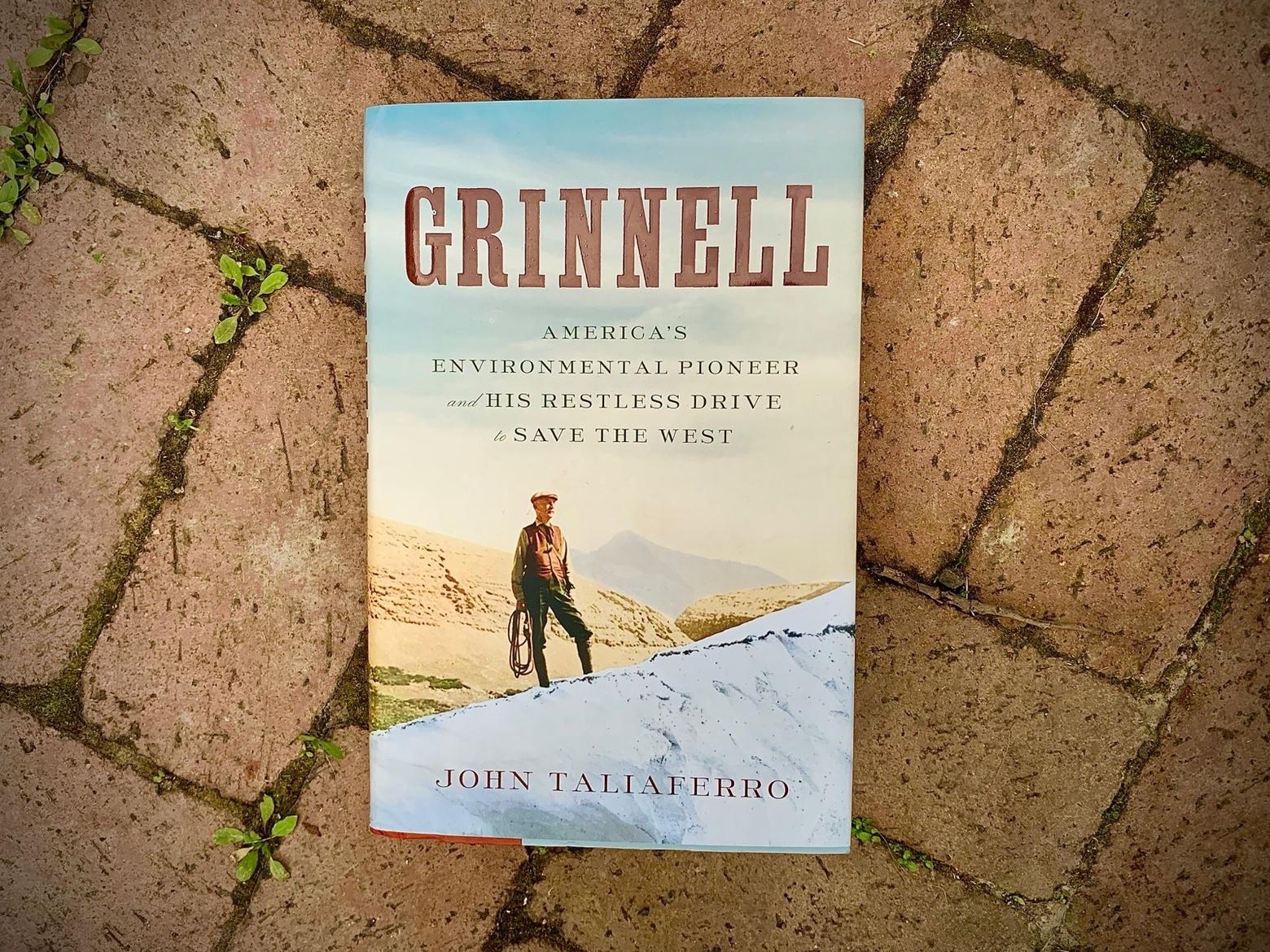 George Bird Grinnell is a towering and, in many ways uneclipsed figure you ought to know about, not just because he has a melting glacier and other landmarks named after him in Glacier National Park. Or because— or perhaps in spite of— the fact he is likely to be dismissed by some in the “critical theory” community as one of those New York elitist, 19th-century, white-guy conservationists who matriculated at a place like Yale.
Grinnell’s influence actually factors into so many things today shaping our modern perception of the public land American West that his impact can only be described as colossal, even by detractors.  It’s why many say Grinnell—not John Muir, Theodore Roosevelt or Henry David Thoreau— deservedly earned the title “the father of American conservation.”
(Since we're on the topic of titles, it should be noted that in her final decades, the late wilderness advocate Margaret Murie of Moose, Wyoming, was dubbed “the grandmother of the modern American conservation movement." Such distinction, amid the group of giants included in their ranks, is not casually bestowed).
In John Taliaferro’s new fascinating biography, Grinnell: America’s Environmental Pioneer and His Drive to Save the West, his subject rises as a pathfinding historic connector between people with big enduring ideas and landscapes—many of which continue to evolve.
If you love national parks, then it’s important you realize Grinnell became an early supporter, as a mere twentysomething, in believing Congress should set aside Yellowstone then Yosemite, Glacier and other parks as crown jewel preserves—albeit, as a consequence, native peoples were expunged from living permanently inside them.
Thanks to Grinnell’s tenacious love of Yellowstone,  he foresaw, as a naturalist, the need to enlarge the park or at least secure winter range outside it for migrating wildlife, which would’ve resolved many current-day controversies. He also helped prevent portions of our first national park from being sacrificed to the whims of water developers who wanted to dam two park rivers and make the storage available for irrigating crops and livestock. 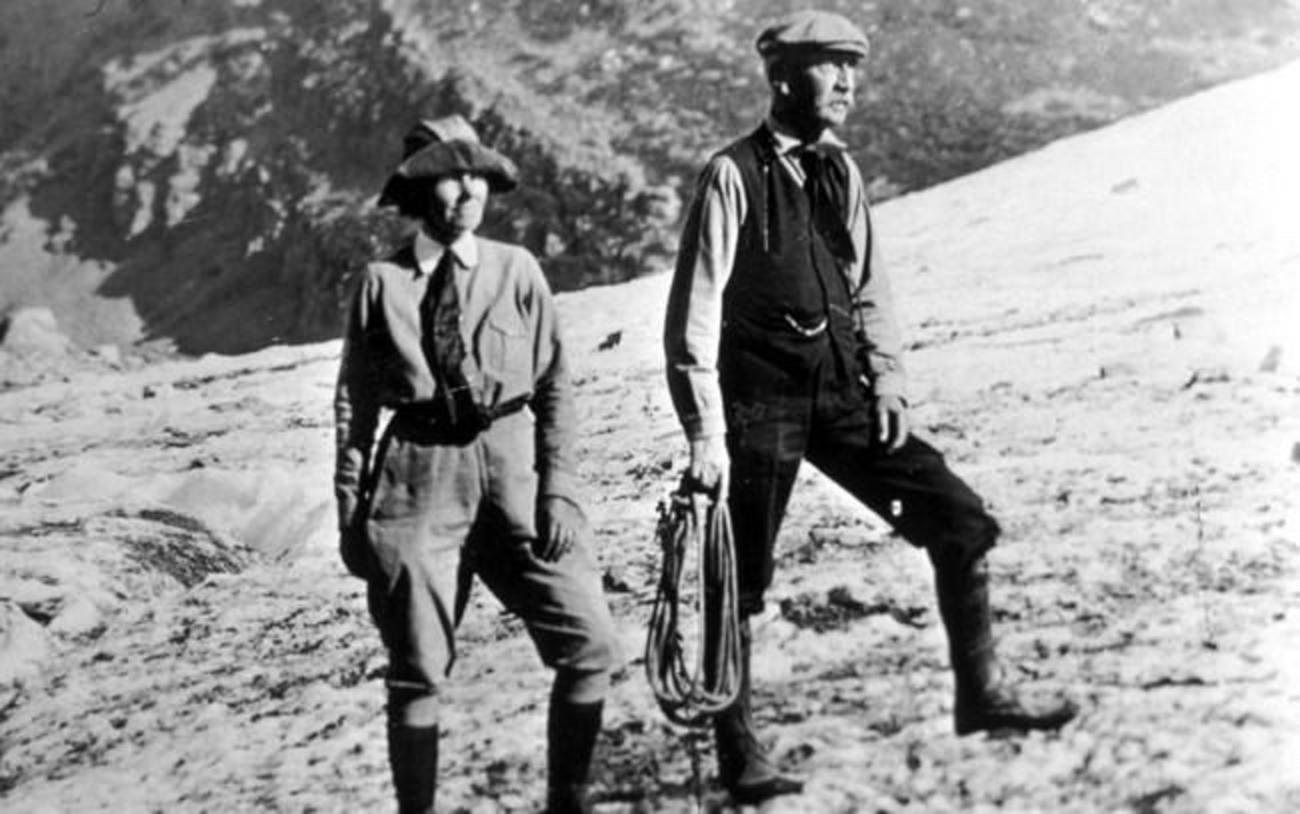 Grinnell and his wife, Elizabeth, a talented photograph, assess the glacier that bears his name in Glacier National Park, Montana
If you have a soft spot in your heart for indigenous people, then it’s essential to point out that Grinnell, as an ethnographer and author, evolved into becoming a fierce ally and friend of several different tribes in our corner of the West , working against many of the government’s most brutal genocidal policies.
If you venerate Theodore Roosevelt, then you’ll want to know how important Grinnell was in building TR’s legacy, getting behind the cause of saving bison and elk from extinction, and protecting public lands in their nascent beginnings from robber barons.
If you hunt and fish, then crucial is understanding that Grinnell helped wordsmith many of the tenets Roosevelt advanced for fair chase and ethical hunting when they founded the Boone & Crockett Club, laying the groundwork for what we today call  the North American Model of Wildlife Conservation.
If you admire—or despise—the preservationist Muir, William “Buffalo Bill” Cody, George A. Custer, Aldo Leopold, Gifford Pinchot and Phillip Sheridan, then you’ll find it intriguing to know Grinnell was an acquaintance of them all and more.
Over the years, Taliaferro who lives part of the year in Paradise Valley, Montana, has distinguished himself as a gifted, incisive author. This book, several years in the research and writing, is masterful in how it presents a visionary who is imperfect in his prescience and captive to the narrow, prevailing attitudes toward race and nation-building.
Except in rare circumstances, Grinnell (1849-1938) often received lighter-brush reference in discussions of pivotal historic conservation events. Yet he figured in the center of most of them. As editor and contributor to Forest & Stream magazine for decades, he played a catalytic role in calling his readers' attention to events happening in the distant West on the other side of the Mississippi. It's a reminder of the role of journalism in highlighting the value of conservation.
Grinnell commented with edifying authority on the West, having made his first trip  in 1870, two years prior to Yellowstone’s creation, and four years before he joined Custer’s controversial exploration of the Black Hills; fortunate for him, Grinnell wasn’t riding along with the tawny-locked commander when the 7thCavalry attacked an encampment of Cheyenne, Lakota and Northern Arapahoe along the Little Bighorn River.
Custer, Taliaferro suggests, had invited Grinnell to tag along to provide insight into the tribes the troopers might encounter and with Custer's end-goal of notching a military triumph. Grinnell was not a fan of war happening in the clash of cultures.
Full portraits of Grinnell, an incredibly private person, have long been lacking. Taliaferro noticed it too. He gained access to 40,000 pages of correspondence Grinnell had with important people, plus 50 personal diaries and notebooks, and an unfinished autobiography.
Taliaferro delivers the goods and what a rich cache it is. Strung together, the differing vignettes of Grinnell’s interests read like thrillers where you come to understand how so many issues of landscape protection we take for granted today could easily have gone the other way.  The easy flow of his narrative is much like reading Stephen Ambrose’s award-winning biography, Undaunted Courage, about the Lewis & Clark expedition that drew from their journal and provides context.

Taliaferro delivers the goods and what a rich cache it is. Strung together, the differing vignettes of Grinnell’s interests read like thrillers where you come to understand how so many issues of landscape protection we take for granted today could easily have gone the other way.

Indeed, via the story of Grinnell, one is walking through a crucial turning point in history.
Grinnell grew up in New York City on the estate where painter and ornithologist John James Audubon had lived. Later, he helped established the National Audubon Society and the New York Zoological Society. He also went on a bison hunt in Kansas and joined the famous fossil-hunting expeditions carried out by paleontologist O.C. Marsh. 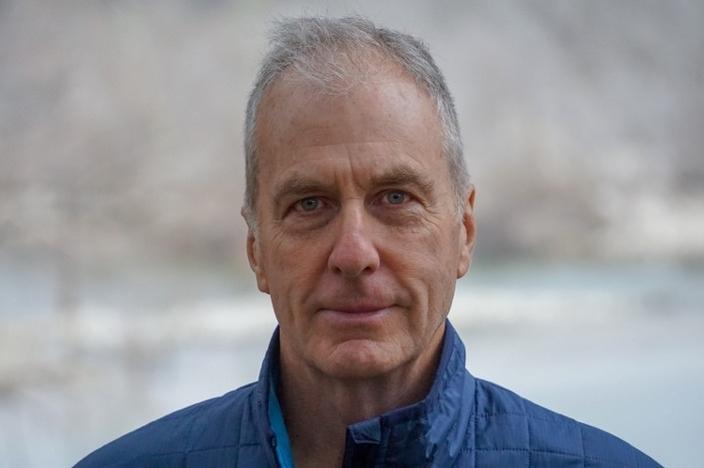 Author John Taliaferro
In his later years, Grinnell realized that the fight to keep even the most venerated places protected is never ending. The very same raiders who opposed Yellowstone’s creation in 1872 were continuously looking for ways to exploit the park, be it poaching of game, stealing resources, illegally guiding tourists or trying to lock up its water. Stories that Taliaferro tells about water grabs, which Grinnell confronted against powerful political forces in Montana, Idaho and Washington DC, will give you butterflies and make you fully appreciate the miracle that the Yellowstone of today exists at all.
Then, of course, there are Grinnell’s dealings with native people. Taliaferro has won praise for not penning a hagiography yet  it’s not as simple as trying to assess Grinnell through today’s lens.
One reviewer of Grinnell wrote in The Wall Street Journal: “The man was not ahead of his time but embedded within it, acting with the lofty confidence typical of the patrician WASP milieu in which he lived and operated, never more apparent than in his condescension toward the very same Native Americans he sought to defend. And yet he stands (far) apart from fellow conservationists such as Theodore Roosevelt and Madison Grant, whose ideas on race can only be described as repugnant.”
Grinnell is an essential book for anyone who cares about the West and American conservation but also what it means to battle for cause even though you know its purpose might not be fully realized until long after you’re gone.  —Todd Wilkinson