Is A New Greatest Generation Rising? Why An Elder Plans To Take To The Street

During his life, Tim Crawford says there has never been a more important time to stand up, than now 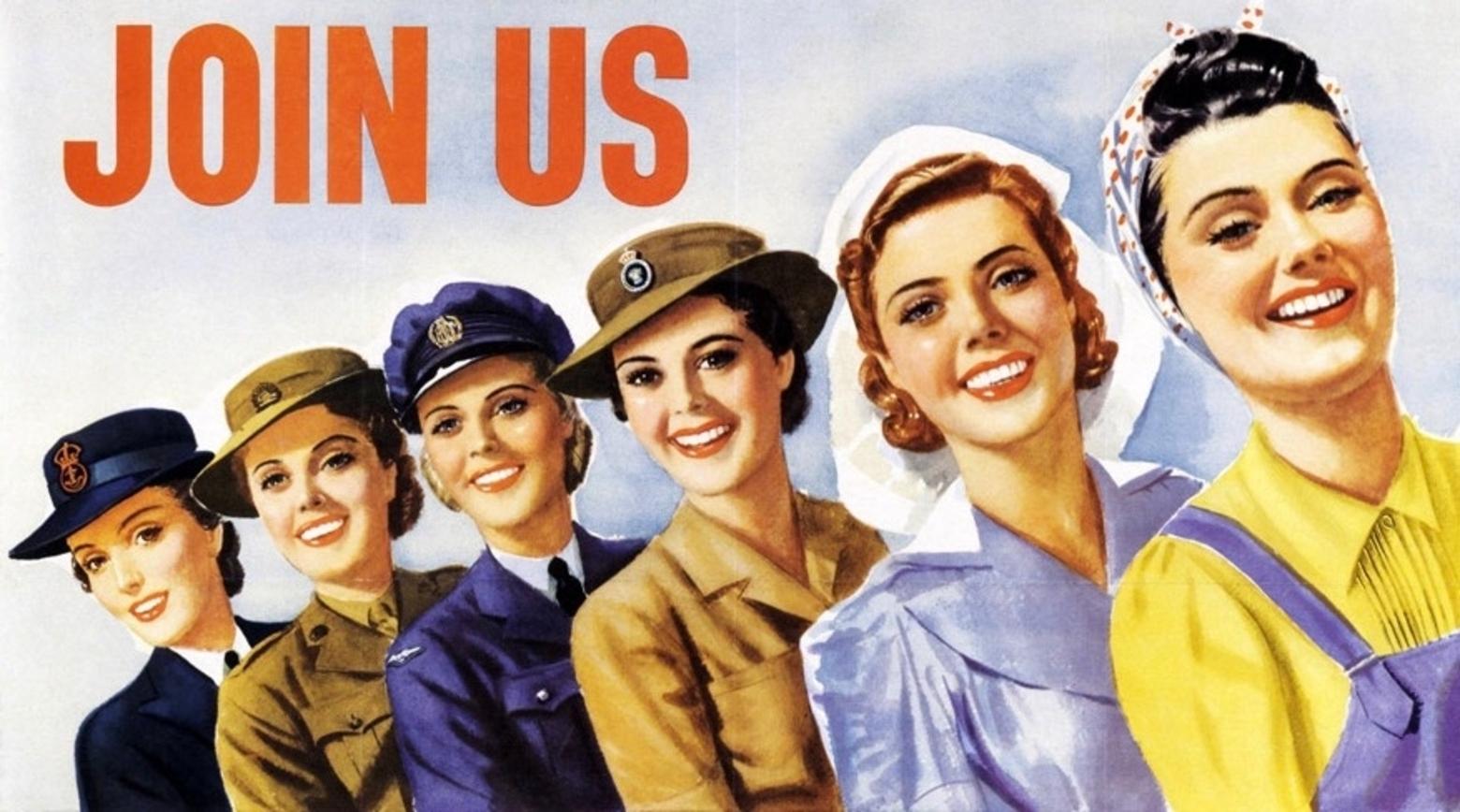 Historians say World War II could not have been won without an ethic of social collective action, sacrifice and fearless civic involvement on the U.S. homefront. That movement was galvanized by women. Crawford says it's time to reconjure the spirt of the Greatest Generation.
Does it strike anyone else as a bit odd that with Washington Gov. Jay Inslee’s departure from the Democratic presidential primary field climate change disappeared from the most recent debate?
This, just as the world’s citizens are massively embracing alarm together. Can the remaining candidates for the presidency believe that the public has a short enough horizon of interest or is so adverse to the probable dystopian future promised if sufficient action is not taken to address this challenge? 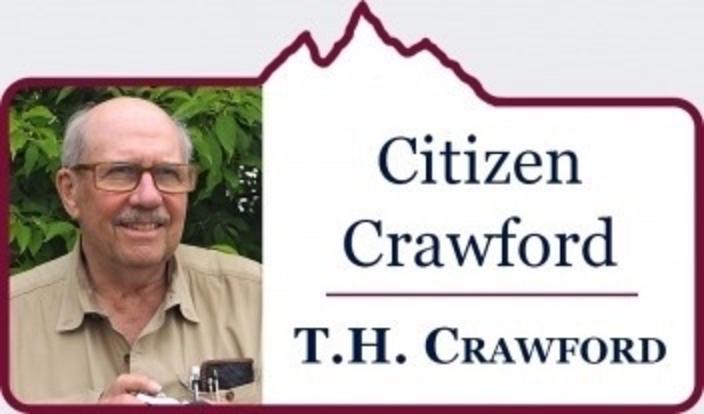 Is fear so great that the social actions necessary to stave off the continuing climb of global temperatures will be labeled by the fear-mongering opposition as socialism? Do they forget that during World War II, citizens (members of the so-called Greatest Generation) came together across party lines. They embraced collective social action on the homefront in support of advancing the best interests of humanity? That too would have been called socialism by those whose intellects don’t allow them to grasp what was a stake then.
We are at such a moment again. The best leadership does not stoop to the lowest common denominators and retreat from addressing the most serious issues at hand.
The only governor still in the Democratic field yet shut out from the debates by an arbitrary, capricious and party-controlled determination of which candidates will stand at the 10 podium spots is Montana Gov. Steve Bullock. If he were on stage, if he were allowed to challenge the so-called front runners, would he have the courage to take up Inslee's mantle?
° ° ° °
The old newspaper maxim that “if it bleeds, it leads,” while certainly applicable to the current crises of mass shootings, the pandemic of opioid/fentanyl overdoses and unequal access to healh care—is insufficient to serve as deflection from addressing the overarching crisis of global warning.
Ironically, this greater and ubiquitous global problem will most likely exacerbate those problems mentioned above. Here's how I see it:
° Future crises involving public health are easily foreshadowed as further heat waves, like the kind recently experienced in Europe, Africa and the Americas, continue to grow. Concomitant, deluges of rains and floods as experienced in the U.S. Midwest this year due to ocean warmth increasing evaporation and storms provide further challenges to human welfare.  Vast increases and insects carrying exotic diseases, as well as deadly algal blooms and general pollution, are merely preludes to health-related issues expected only to grow in magnitude.
° The opioid/fentanyl crisis and rising numbers of suicides are perhaps the biggest indicators of what is seen by many as a growth in “despair deaths.” Growing substance abuse (reliance on anesthetizing drugs) and addiction as forms of escape from a future perceived as dismal by many, is certainly attributable to challenges in society which are inhumanely presented by politicians or denied.  Thus, Inaction by our leaders to the overall climate threat is at best depressingly obvious.
° Finally, the mass shooting crisis, also linked to despondency over a perceived bleak future, is another example of what some call  “despair violence." Whatever the self- or socially-attributed motives of shooters, causes and effects can appear somewhat confused but we all feel the division being sown in our society owed to a lack of political empathy. 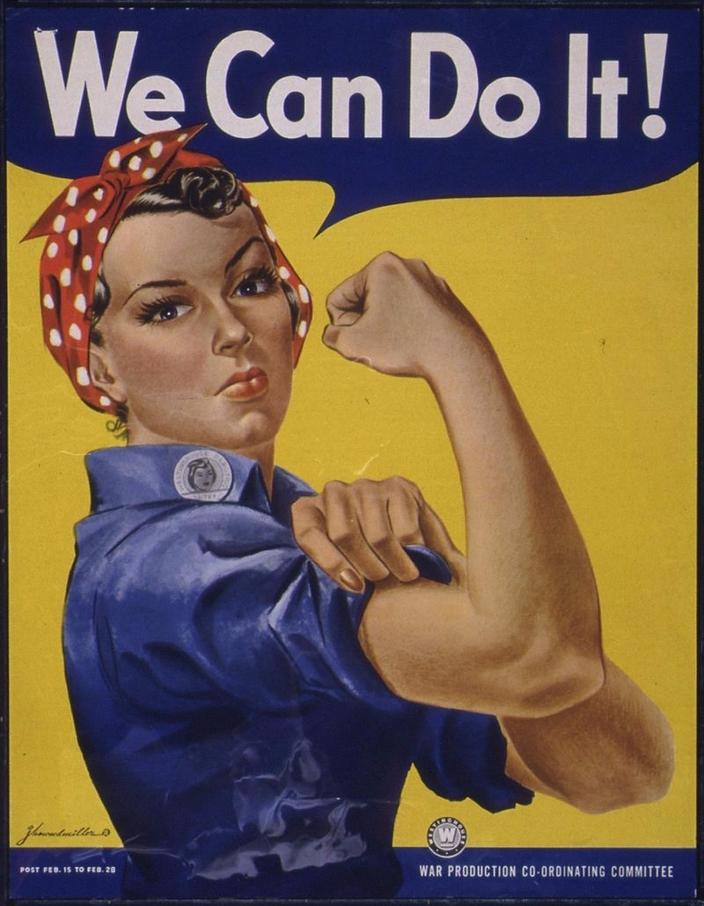 If Rosie the Riveter could inspire positive social action among the Greatest Generation, Crawford asks, what's holding us back?
I have given thought to the gun issue. I have been a life-long hunter and gun owner. Cvilian possession of faux assault rifles is a phenomenon which was wholly predictable in that a percentage would be acquired by stressed-out, despondent people who fall into the categories previously mentioned.  This current crisis has inspired a number of well-meaning legislators devising solutions which may or may not prove successful.
If memory serves, the last national prohibition of the sale of semi-automatic military style weapons resulted in a brisk black market trade.
Those of a survival mindset, generally fearful of government confiscation, carefully hid their guns and whatever cache of ammo suited their anxiety or paranoia. This was obviously before any threat of climate refugees or fellow citizens suffering from diminished access to food and other supplies. We in the interior rural West have our fair share of such folk who are digging in and prepared to deal with social unrest.
Former Texas Congressman Beto O’Rourke’s suggestion to confiscate weapons that fall into the semi-automatic or assault rifle category can only cause more intensification of fear on all sides. Those whose absolute interpretation of the 2ndAmendment encompasses assault rifles, as there is no mention of owning guns only for hunting in that clause, will only double down on their almost religious zealotry in claiming personal defense over defense of a civil society.
I predict a new class or population segment will become criminals no matter the good intentions of those favoring confiscation.
I know this all sounds dire. Although difficult to contemplate, we must not give in to despair.
While I have not mentioned the plethora of other problems such as rising gaps between those of wealth and power and those not, and fires in Brazil and Indonesia,  and our own chaotic foreign policy, we must come together, just as our parents, grandparents and great grandparents did to confront the last world war.
We must think globally while individually doing what we can. We must resist capitulation to apathy and despondency and take back the moral compass of our country, community by community.  We must not complain while sitting down. The first step is the most important.

"We must think globally while individually doing what we can. We must resist capitulation to apathy and despondency and take back the moral compass of our country, community by community.  We must not complain while sitting down. The first step is the most important." —Crawford

I encourage you to get outand attend one of the demonstration marches happening globally and locally on September 20. We must rally together or we will know the consequences of divided we fall. Action is the most important gesture citizens can make for curing any loss of positive spirit. Comradery and friends and neighbors coming together over shared civic, moral and ethical values, after all, is a great dissipater of despair. We must feel that are a part of something greater than ourselves.
Participatory democracy also demands communication with our [mis]representatives. Be tenacious and relentless. Demand that they talk with your directly. Don’t let junior members of their staff serve as their surrogates. Don't accept form letter and email responses. They represent us. They answer to us.  Don’t let them off the hook.
The future must not be foisted as a burden upon the backs of our young people to carry.
If I can march as an elder, convinced we can have a better world than this, so can you.