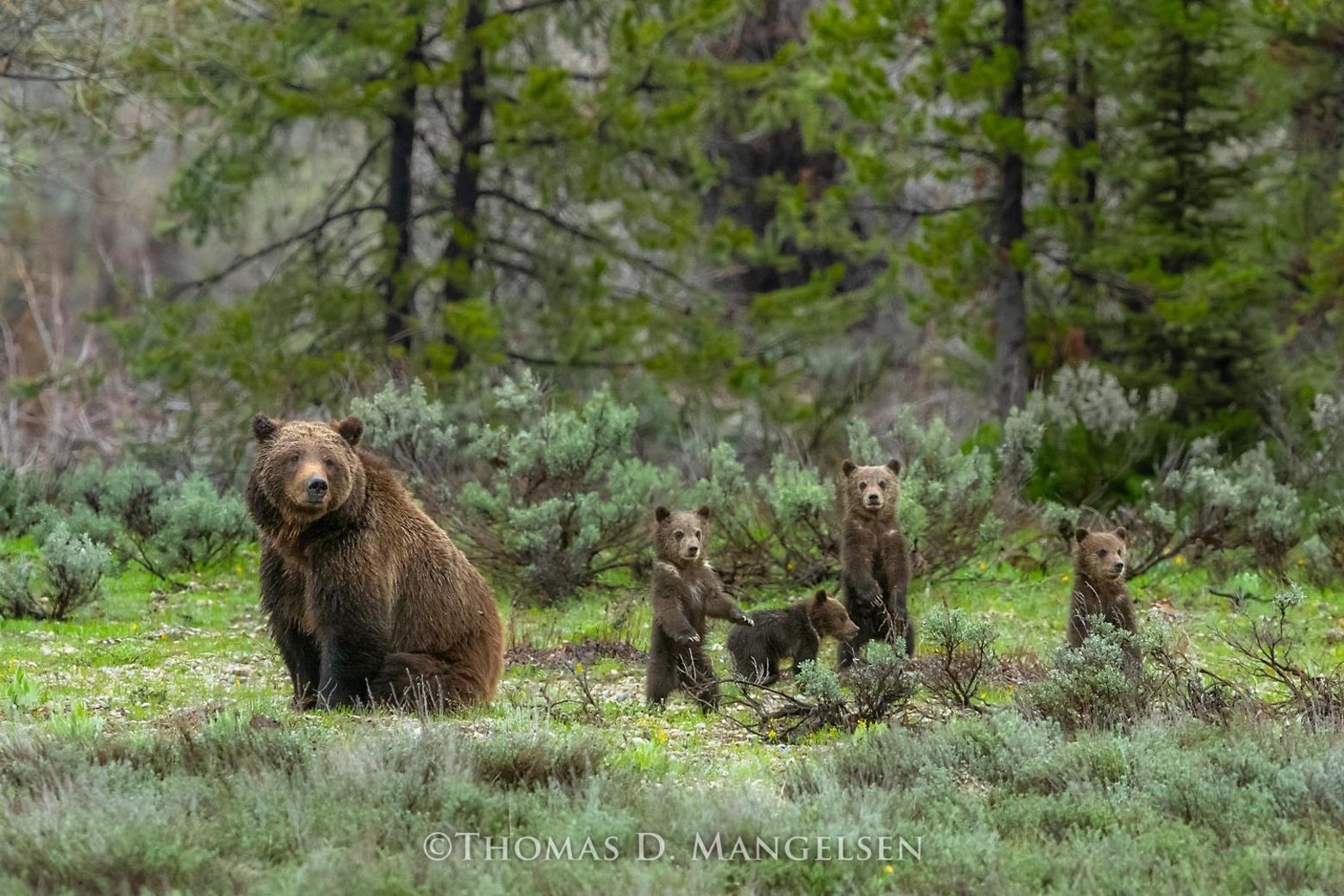 Jackson Hole grizzly mother 399 and her four cubs in 2020. Reportedly the famous bruin has been among different animals attracted to feeding carried out by a Jackson Hole resident, which has caused an uproar. The image, "Among the Sage: 399 and Quadruplets" provided courtesy of Mangelsen (see more photos of 399 and family at mangelsen.com_
EDITOR'S NOTE: Jackson Hole journalist Meg Daly wrote this story for community radio station KHOL. We are reprinting it with author's permission.
by Meg Daly
“Infuriating.” “Senseless.” “Dangerous.” Those were just some of the words used by Jackson locals on social media in the outcry after learning that a resident of Teton County in the heat of Jackson Hole has been feeding grizzly bears.

An investigation published Feb. 17 by Jackson Hole News&Guide reporter Mike Koshmrl found that a homeowner in the Solitude subdivision, north of the town of Jackson, has fed grizzly bears at her home for years—including world-famous Grizzly 399 and generations of her offspring.
While it may seem counterintuitive to invite a bear to your back porch, the homeowner claimed she was trying to help the bears. Prominent grizzly advocate Ann Smith said that’s faulty logic. “The old saying that a fed bear is a dead bear has proved to be true in so many cases,” Smith said.
Bears that associate people with food can become so dangerous to humans that they have to be killed, according to the Wyoming Game and Fish Department. Smith doesn’t want to see that happen to Grizzly 399, but she said anger at the homeowner is not the answer.
“Everybody’s furious and wants to arrest her and run her out of town. I think we need to show a little compassion," she said. "Appreciation for wildlife and conservation can be enhanced by education.” 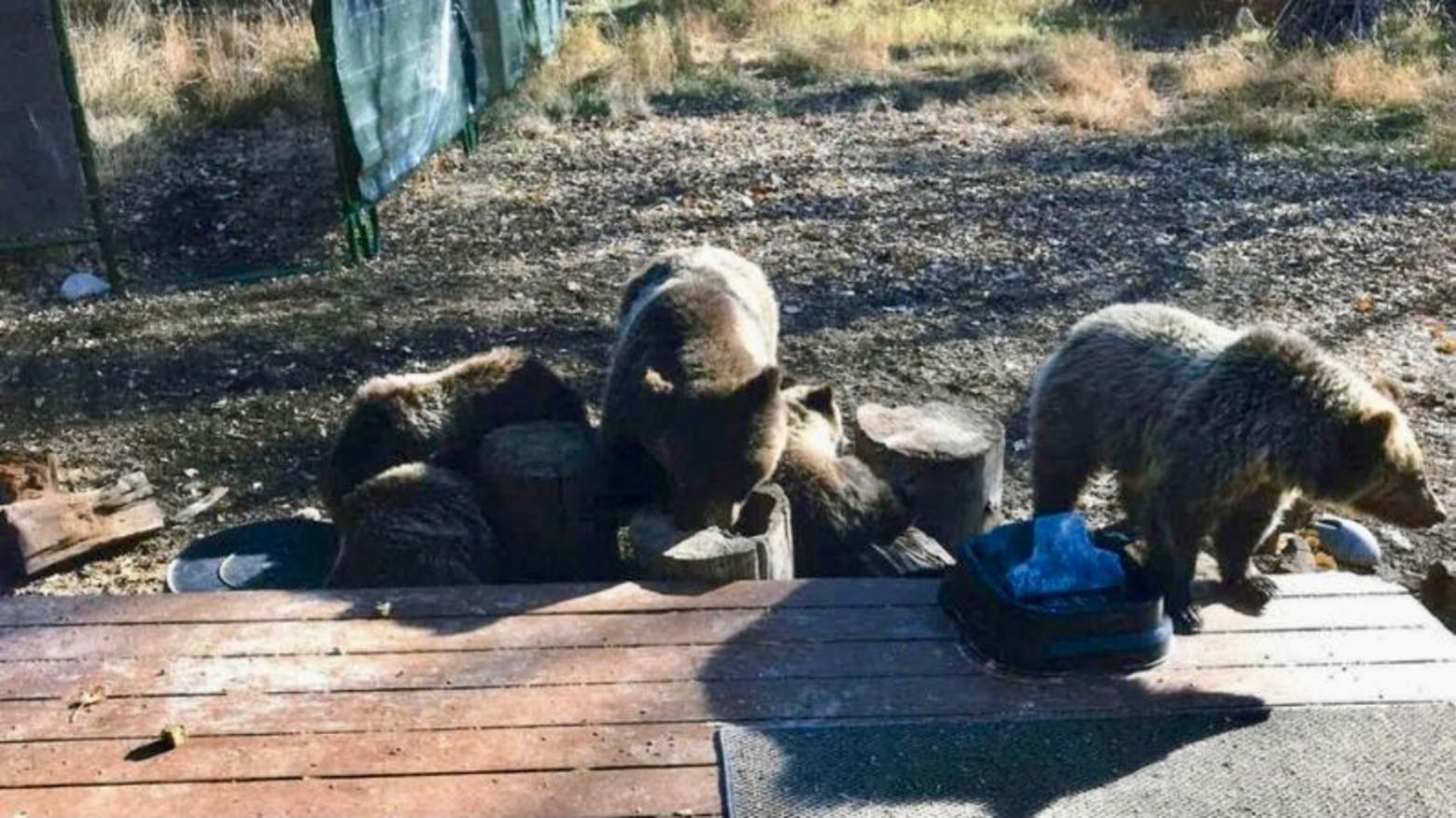 399 and cubs in 2020 caught on camera being fed grain bathed in molasses. The US Fish and Wildlife Service released this image that was obtained during an investigation of alleged feeding of wildlife in Jackson Hole by a local homeowner. Among the animals that were attracted to the ongoing food handouts has been Grizzly 399 and her cubs. The image was obtained by the Jackson Hole News & Guide as part of a Freedom of Information Act request. KHOL used it with permission of the Fish and Wildlife Service.
The homeowner’s neighbors are calling for fines, not compassion. “She has created a dangerous situation for her neighbors,” Katherine Johnson wrote in a letter to the Board of County Commissioners dated Feb. 22. “We feel the increased threat to our safety as bears move through our property to get to hers.”
Also in the letter, Johnson said her neighbor has been feeding bears for the entire 20 years Johnson has lived in Solitude. The Solitude Homeowner’s Association declined to comment for this story based on advice from its legal counsel.
The homeowner in question has not been named publicly because no charges have been filed against her. According to the News&Guide, Game and Fish officials tried to educate her about the harm her actions could cause bears and other wildlife, but she continued feeding them anyway. Grizzly bears in the Jackson area are protected as threatened species under the Endangered Species Act.

The homeowner in question has not been named publicly because no charges have been filed against her. According to the News&Guide, Game and Fish officials tried to educate her about the harm her actions could cause bears and other wildlife, but she continued feeding them anyway.

Following a lengthy investigation, the U.S. Attorney’s Office for the District of Wyoming ultimately declined to prosecute. The U.S. Fish and Wildlife Service Office of Law Enforcement, which was also involved in the investigation but does not make decisions regarding prosecution, closed the case.
Teton County Commissioner Luther Propst said he’s disappointed in that decision. “I regret that neither the Endangered Species Act nor the state’s ownership and management of wildlife seems to have the ability to help avoid and prevent feeding the wildlife,” he said.

“I regret that neither the Endangered Species Act nor the state’s ownership and management of wildlife seems to have the ability to help avoid and prevent feeding the wildlife."  —Teton County Commissioner Luther Propst

While neither the Wyoming Game and Fish Department nor the U.S. Attorney’s Office responded to KHOL’s interview requests for this story, Propst said the county has a process it can follow to try and make sure the homeowner faces some consequences.
First comes a warning from the code compliance officer at the county planning department, which could issue a fine for the moose buffet line. That’s because it’s legal to feed moose in the State of Wyoming but not in Teton County. The homeowner evaded prosecution in part because she claimed the food was for moose, not bears, according to the News&Guide.
County planning director Chris Neubecker said his office has contacted the homeowner. “We let them know that it is a violation of local regulations for feeding wild animals that includes both moose and grizzly bears.” 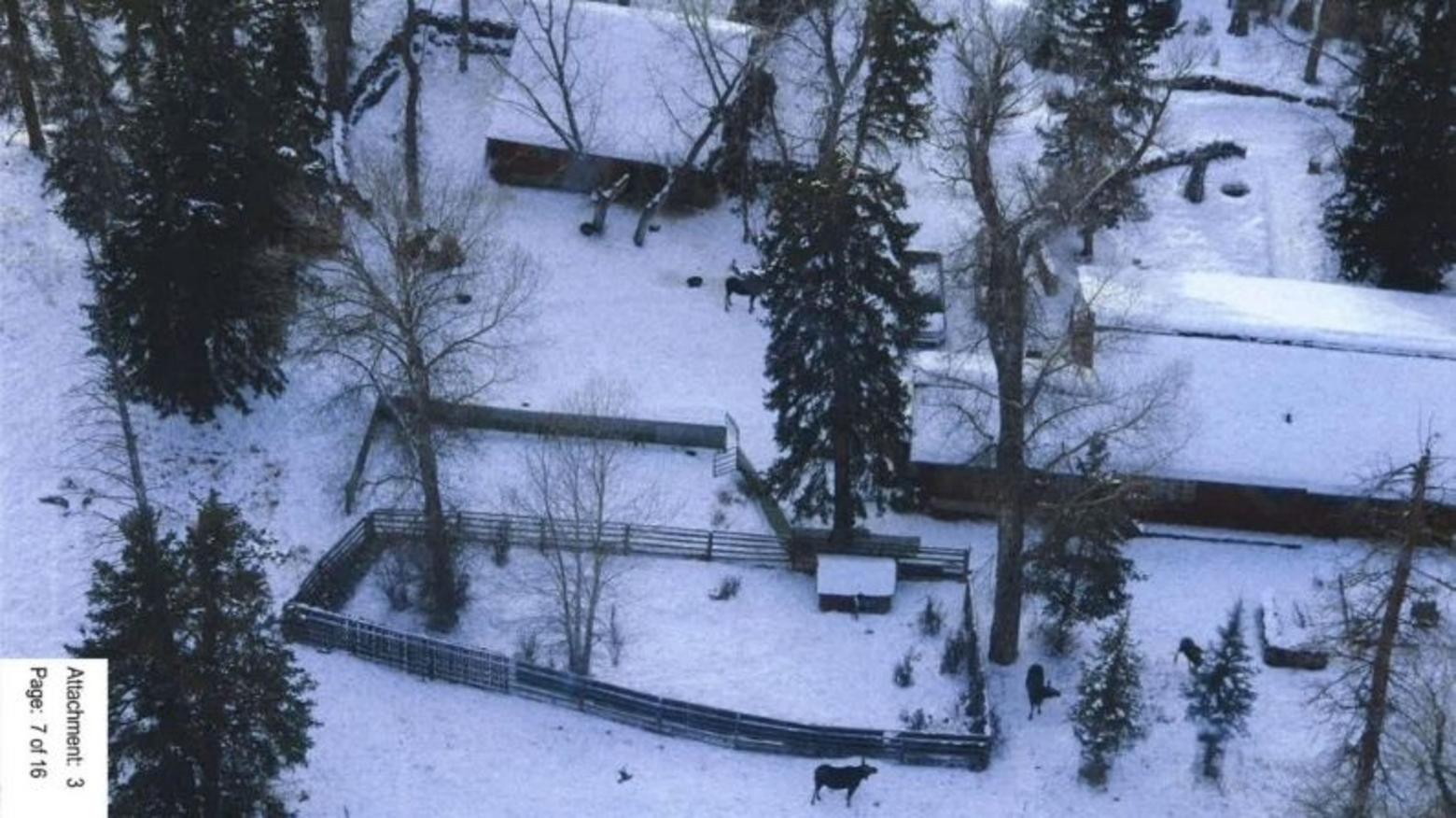 Aerial photograph showing neighborhood where alleged wildlife feeding has occurred, reportedly over several years. Many states ban wildlife feeding because it not only causes animals to become addicted to human food and often results in removal of animal but feeding results in spreading of diseases. Photo provided by Fish and Wildlife Service to Jackson Hole News & Guide as part of Freedom of Information Act and image made available to KHOL radio in Jackson Hole.
Neubecker also said the county had heard of problems in the Solitude subdivision but hadn’t taken action because it lacked details that were revealed in the News&Guide article.
Propst said he hopes the county can bring the homeowner into compliance, however, he doesn’t want the burden of future incidents like these to fall on the county’s sole code compliance officer. “The county doesn’t have the staff or the resources to do investigations like the federal agents did,” he said. “It’s not really the principal role of our zoning enforcement.”
If the homeowner still doesn’t stop after the county’s warnings, Neubecker said he could turn the case over to the county attorney’s office.
Even if this homeowner puts away her molasses-enriched grain, she’s not the only one leaving food out for deer, elk, moose and other creatures. Neubecker said feeding wildlife is unhealthy for the animals and dangerous to humans and pets. “You know, we all love to see wildlife in our yards, but we need to keep our distance. And we need to let these wild animals be wild.”
To be part of the solution, both Neubecker and Propst encourage valley residents to report any incidents of wildlife feeding they may witness. Former Jackson resident and poet Lyn Dalebout, who has written about 399 and her cubs, has another suggestion: Emulate the bears.
“In my love of these wise bears and other wildlife, I know it is important to maintain this distance from them that they naturally maintain from us,” Dalebout said. “And so in that they are our teachers and we should learn from them.”
Meanwhile, Grizzly 399 and her four cubs were last seen in January crossing into Grand Teton National Park, presumably to den—safely out of human reach. 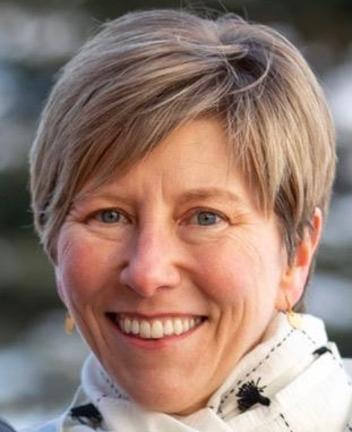 Meg Daly has been a freelance writer for over 25 years. Her work has appeared in The Oregonian, Willamette Week, Oregon Business, Jackson Hole News&Guide, Planet Jackson Hole, Homestead Magazine, and other publications. She lives in Jackson, Wyoming, where she is a contributing reporter for KHOL community radio station