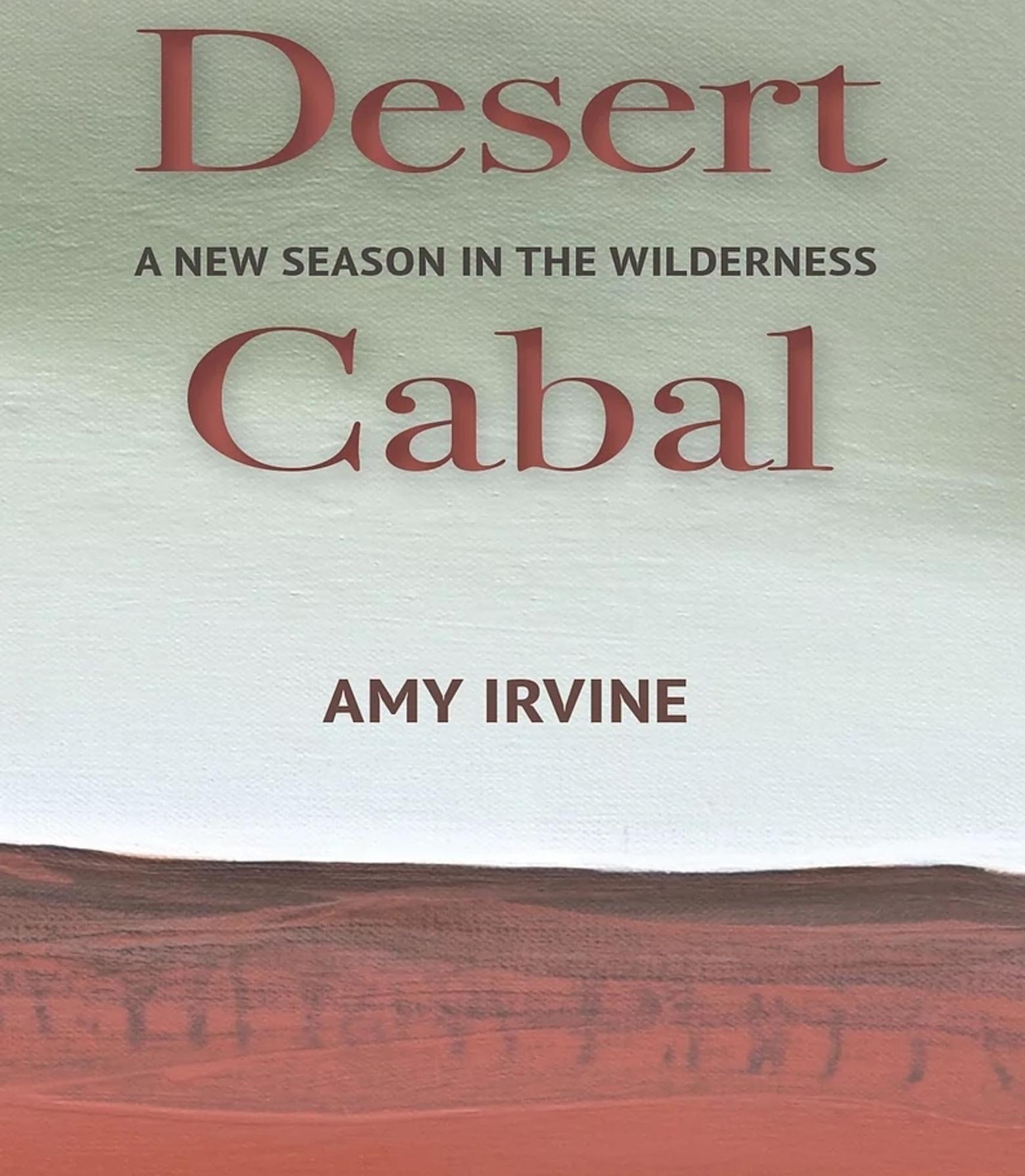 Desert Cabal: A New Season in the Wilderness, like the desert itself, is both big and spare, inviting the reader (and uncommunicative ghost of Edward Abbey) to respond, to fill in what looks like empty space, and to intuit meaning from materials both common and mind-blowing.The concept of this very short book began as an introduction to a 50th anniversary edition of Abbey's seminal Desert Solitaire, a task that demanded brevity, humility, and perhaps worship. Amy Irvine, multiply qualified to serve up the appreciation, accepted the challenge and then threw back a challenge herself, delivering none of the above.To bookseller Andy Nettel's everlasting credit, when the first version of the introduction he commissioned came back and was judged unacceptable as hagiography, he saw the potential for a reinterpretation of the classic—and more important, a statement about the great outdoors as chapel, playground, and repository of the same old male myths. [Nettel owns Back of Beyond Books, a revered independent book store in Moab.] Recalibrating, he asked if Torrey House Press would be interested in publishing such a book, and a day later, Irvine was given the green light to pursue the new direction. I gather the text was written relatively quickly in a white heat, but the ideas had been bubbling for a decade, since Irvine published her memoir, Trespass: Living at the Edge of the Promised Land a decade before. 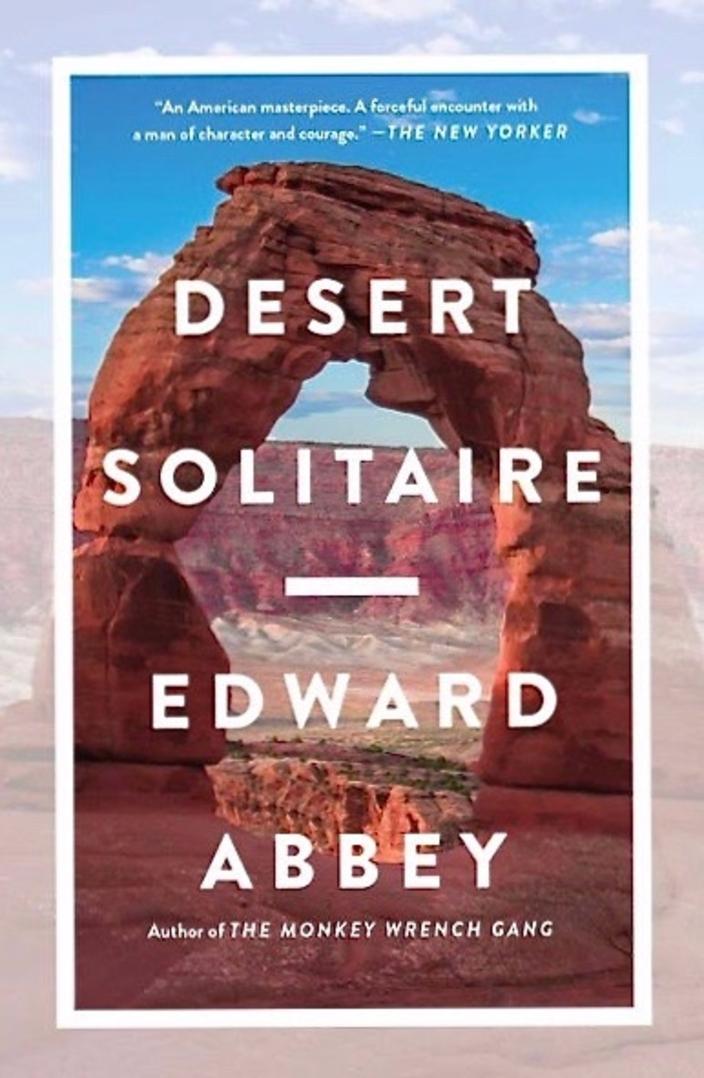 This new book—at 82 pages, a long introduction or a very short set of essays—is structured as a one-way dialogue with Abbey, arranged in brief chapters with the titles Abbey gave to Desert Soltaire. The device is less precious or pretentious than it sounds. Irvine is a sixth-generation Utahn, a former park ranger, a rock climber, and public lands activist, so she has earned the stripes to write about "Abbey country."Desert Solitaire and The Monkey Wrench Gang made many readers passionate about the environment, Canyonlands, and the Colorado Plateau. They may not even discover this book, and those who do may not be happy to see themselves in Irvine's dour judgment about protecting public lands: "[I]t's getting harder to have a wild and reckless reckoning that has nothing to do with recreation."I have not read a more firmly feminist take on my homeland. Desert Cabal is a slap upside the head with what should be obvious. Our views of the outdoors, despite a certain egalitarian respect for the most buff chicks, remain an expression of the same patriarchal attitudes and power trips that infect our general society. The wilderness and points surrounding are just as perilous for women as Cosby's dressing room and alleys outside urban dance clubs.For all its virtues and insights, I'm not sure Desert Cabal will stand alone with readers who are not immersed in the West, have read Abbey, and hold at least sympathy for #metoo. But that is no reason to pass it by. Now that I've read it, I find myself challenged to go back and read Desert Solitaire again. While Irvine's critique of Abbey might not be enough on its own for an intrepid book club, one could find much to new discuss by reading Desert Solitaire with this as a refreshing afterword.
EDITOR'S NOTE: We encourage readers to weigh in on their own assessment of Edward Abbey. If you feel like voicing your opinion and having it published below, write us. 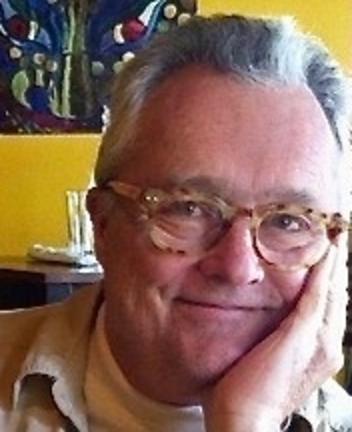 Charlie Quimby is the author of two novels set in Western Colorado, Monument Road, and Inhabited, published by Torrey House Press, which also published Red Rock Stories in support of the creation of Bears Ears National Monument. He contributed essays to “Breathing Stories” and “That Thing with Feathers” as well as to Writers on the Range. He was a co-author of Planning to Stay, a guide that helps communities assess themselves and take control of future development. Now retired after a writing career, he channels his positive pugnacity toward making change in the places where he lives— Minneapolis and Grand Junction, Colorado.