Unexpected Switchback: When A Jaunt Up Disappointment Peak Was Anything But

As Julie Fustanio writes, you never know who you'll meet in the Tetons. Sometimes the encounters deliver more than grand views but a better joyous perspective on life 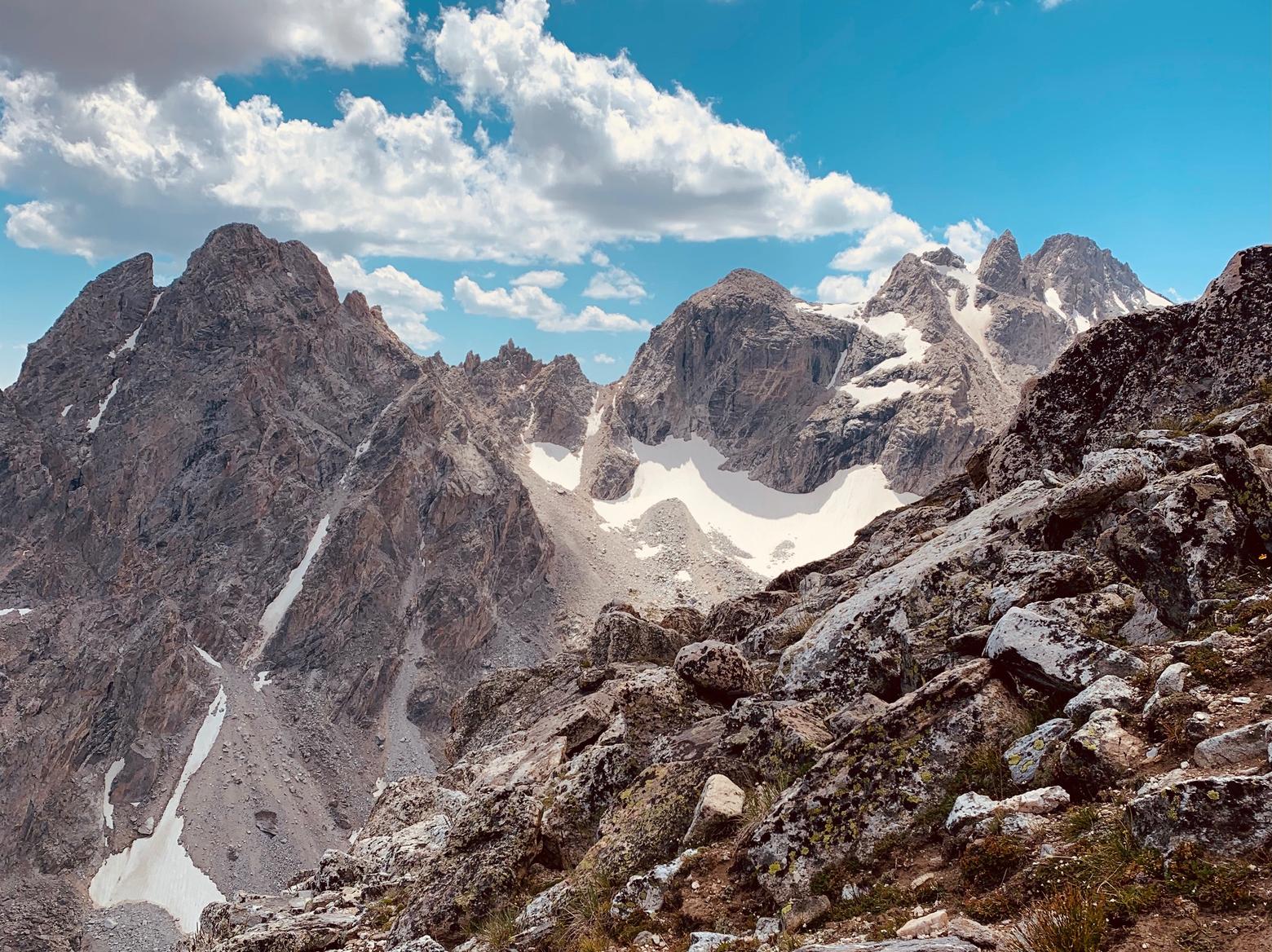 by Julie Fustanio
He appeared out of nowhere, like a sprite landing on a rock 500 yards below the 11,618 foot summit of Disappointment Peak. He told us he was 14, but his prepubescent body belied his age. A broad-toothed smile and calm demeanor gave the opposite impression, like he was a sage. We gazed up at the seasoned climber wearing a harness and a Peter Pan green shirt and introduced ourselves. His name was Peter Eubank.

Peter entertained us with his version of a story about the youngest person ever to summit the Grand Teton (him when he was 5), and his dream to climb some of the most remote peaks in the world. He was from Thailand, he said.
We wondered, what is a boy from Thailand doing climbing in the Tetons? His story didn’t fall into place until we met his father who was ¼ mile back with the rest of his family.
“God bless you,” said David Eubank, after he said a prayer that brought all three of us to tears. Peter and the rest of the family had continued on and were already halfway down the scramble on top of Surprise Lake. 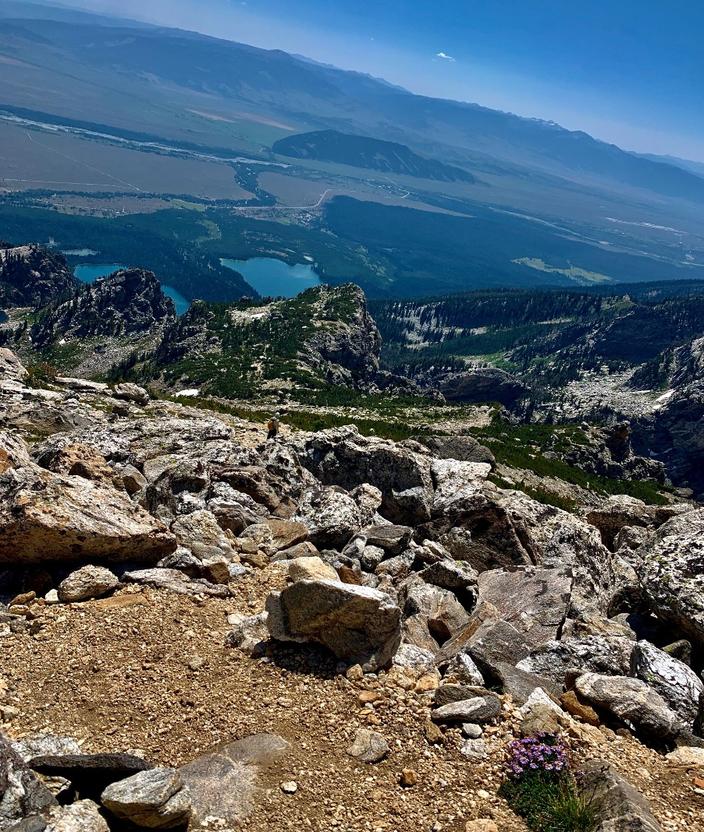 Jackson Hole far below. All photos courtesy Julie Fustanio
In our brief encounter, Eubank extended an open invitation to visit his family at their home along the long border Thailand shares with Myanmar, a country formerly known as Burma. The military government erased the name Burma after killing thousands of civilians in an uprising in 1989. Since gaining its independence from Britain in 1948, Burma has suffered the world's longest ongoing civil war which continues today. “If we’re not there, make yourselves at home,” he said. “We have a couple of donkeys and chickens. You are always welcome.”
As a peacekeeper, Eubank works to end ethnic conflict all over the world and care for families torn apart by post-cold war grudges. He was the subject of a documentary this year called “Free Burma Rangers: A Family Brings Hope to the Frontlines.”
Such is the way of the family who started the Free Burma Rangers – young and old, humble and hearty, full of delight amidst disappointment. They give hugs in the mountains and save children on the battlefields in some of the most jagged places on earth. Covid, Schmovid.
Eubank taught his teenage daughters to drive with a stick shift. But he didn’t know it would be the saving grace that allowed them to escape a conflict in Mosul, Iraq and return an orphaned young girl to her grandmother.
Not long ago, he skipped his wife and three kids down the Disappointment Peak trail with glee. “That is quite a view,” he said. “Much more beautiful than the summit of the Grand.”
“I’m not much of a climber,” said the former US Special Forces Captain and missionary more than once. He guided himself up the west buttress of Mt. McKinley [now Denali] using Colby Coombs book, and he once helped Alex Lowe bring his clients down from the Grand. Eubank considers himself more of a family man than a warrior, and, ever since he asked Jesus to save him from a bullet wound that knocked him down in the middle of a gun battle, he considers himself a man of faith who imagines that one day faith will bind us rather than divide us. “We have muslims, Jews, Buddhists Christians and atheists who work side by side in our organization,” he said. “Come see us." 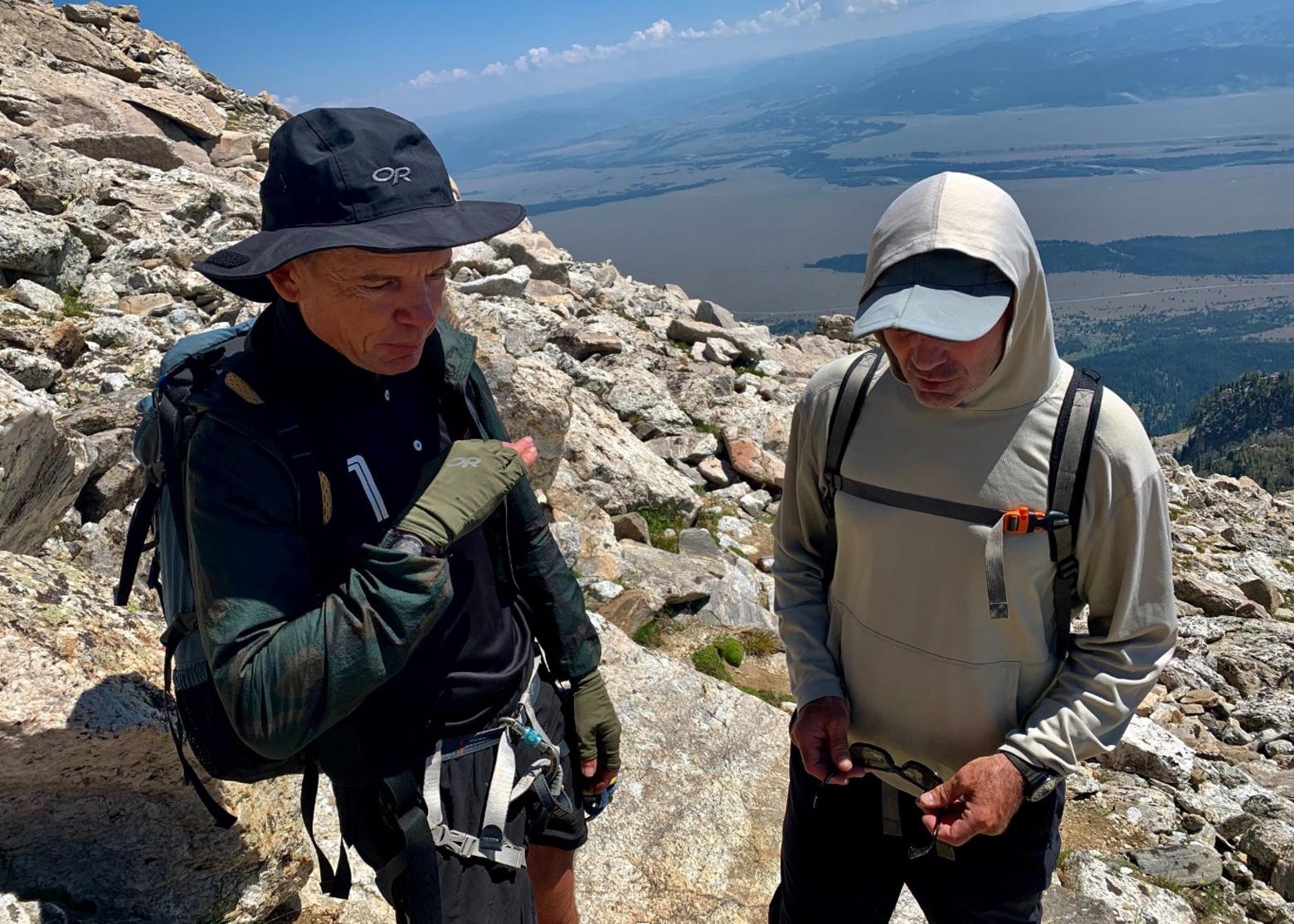 It was a matter of minutes we spent with Eubank on that switchback. We did not talk about our spiritual beliefs, but he and my climbing partner shared some of the most intimate details of their lives. That happens sometimes in the mountains. Eubank recognized my partner’s name from his short time guiding his family in the Tetons.
“Dave Wade, Saving lives on the daily,” says a portrait Dave’s son created at about the same age as Peter is today. The portrait hangs on Dave’s wall, with other memorabilia of a boy who had similar dreams as Peter.
Since his son died almost three years ago, Dave has been looking for a purpose. He talks about going to Syria or Yemen to use his search and rescue skills honed in the Tetons as a Jackson Hole ski patroller and mountain guide, in Alaska and in the Palmiers in Kyrgyzstan on the front lines. Maybe now he’ll go to Burma.
Before we parted, Eubank prayed for Dave, he prayed for Jake, Dave’s son; he prayed for our safety, their reunion and our joy on Disappointment Peak.
How did this war hero know he had met a kindred spirit? What made his son stop on that rock and what made us stop dead in our tracks to look up at him with such admiration? It wasn’t just his age, it was his joy. Was it larger than most because he has seen such disappointment? As an observer of one of the most beautiful father-son interactions I’ve ever witnessed, I’m still trying to process the whole thing. Dave said simply: “Kismet.”
I’m more inclined to go with singer songwriter Brandi Carlile, who said: “There is nothing more real or practical in the universe than mysticism. Remember that. It’s usually right smack in the middle of grief.”
EDITOR'S NOTE: Make sure you never miss a MoJo story by signing up for our free weekly newsletter. Click here: https://bit.ly/3cYVBtK 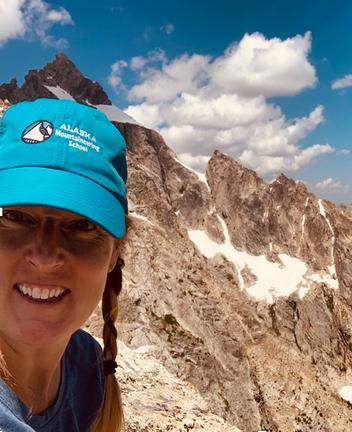 Julie Fustanio is a freelance writer, yogi, ski instructor in Jackson Hole and a mom of two teenagers who migrated west from Rochester, NY in 2010. Her proudest accomplishments include having Jane Goodall walk her dog, playing Edwin McCain’s guitar, getting her middle school soccer team to join her in her 365 day handstand challenge and starting TEDxJacksonHole. She is a graduate of Northwestern University’s Medill School of Journalism and Boston College. She resides in Victor, ID with her son, Ridge and her dog, Kashi. She also has been involved with a program, Six Minutes Daily, that promotes life balance.