How Would Our Modern Arid West Confront 'Drought' Lasting Hundreds Of Years? 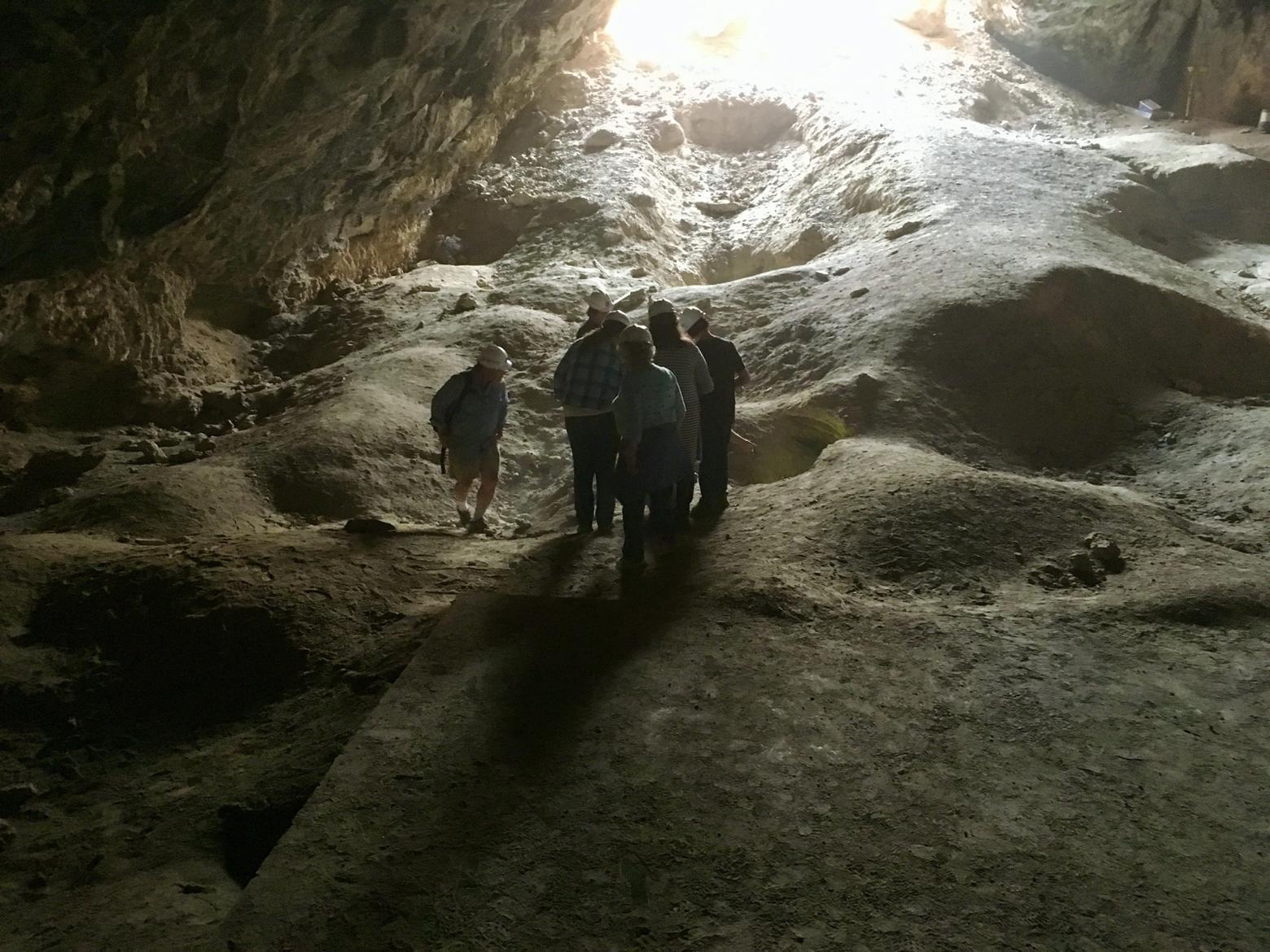 Earlier climate change had life-changing effects on the ancient people who stayed in Danger Cave. Fresh water that supported fish and abundant wildlife dried up and left inhabitants with the labor-intensive chore of extracting tiny seeds form pickle weed and other drought-hardy plants, the archaeological record shows. Of course, in the past, there were a lot less people in the West needing less of finite water supply. Photo by Judy Fahys/InsideClimate News
EDITOR'S NOTE:  Mountain Journal is a content-sharing partner with InsideClimate News, a Pulitzer Prize-winning nonprofit, nonpartisan news organization that provides essential reporting and analysis on climate, energy and the environment.
By Judy Fahys
InsideClimate News
The ancient people of western Utah’s Danger Cave lived well. They ate freshwater fish, ducks and other small game, according to detritus they left behind. They had a lush lakeside view, with cattails, bulrushes and water-loving willows adorning the marshlands.

But, over time, the good life became history. As heat and drought set in, the freshwater dried up and forced the ancients to survive by plucking tiny seeds from desert shrubs called pickleweed. Archaeologists know this from a thick layer of dusty chaff buried in the cave’s floor.
It might be ancient history. But the past could also become the future, science tells us. In fact, thanks to global warming, regional climate patterns linked to extended periods of heat and drought that upended prehistoric life across the Southwest thousands of years ago are setting up again now.
“The benefit of any kind of paleoclimate data is that it tells us what nature is capable of,” said Matthew Lachniet, a paleoclimatologist at the University of Nevada in Las Vegas.
The climate risk across the Southwest is actually growing, based on Lachniet’s recent study of a different cave, about 200 miles across the Great Basin in Nevada. His geochemical data from Leviathan Cave shows that drought can last 4,000 years—findings that Lachniet’s team cross-checked against paleoclimate data from the Arctic and tropical Pacific. In short, the story in the cave data suggests a “worst-case scenario” that could — and probably should — guide planning throughout a region that provides water to 56 million people.
“In this case, we know that nature is capable of extended dry conditions that are even longer than they are today,” Lachniet said. “And the concern is, if we go into the future of a warm Arctic and a warm Western tropical Pacific, that it will have the same effect on the climate of the Southwest” that it did during those arid times back at Danger Cave. 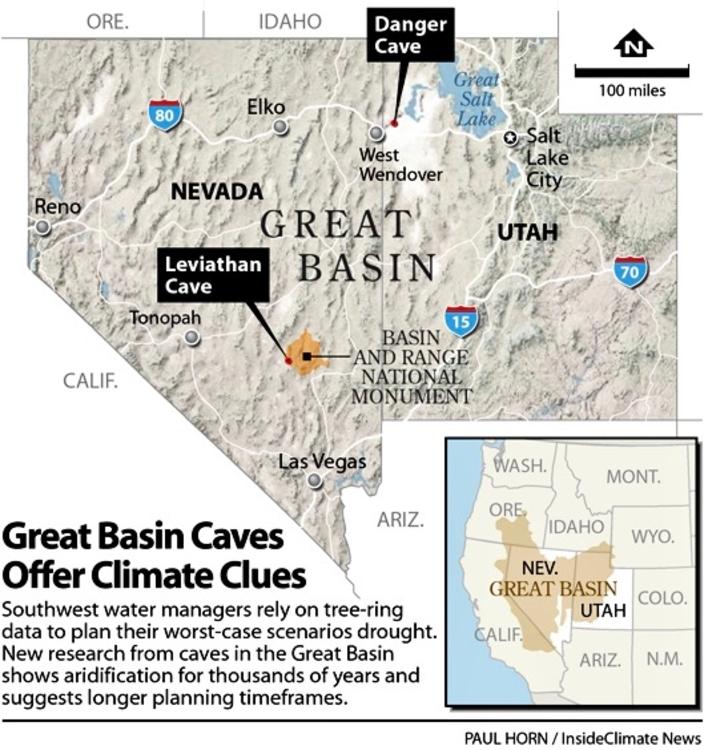 
The paleohistory that his team analyzed in the Leviathan stalagmite, as the rock pillars are called, cover nearly the same time frame that humans first started using Danger Cave, which is now considered one of the Great Basin’s most important human history sites.


The stalagmites are created by the slow buildup of calcium carbonate layers as water droplets fall from the cave ceiling. They offer a “readable” record much like the tree-ring records that are a staple of climate science.


“We’re able to date those layers using chemistry, rather than actually counting them like they do in a tree ring,” Lachniet said. “We measure the concentration of uranium naturally occurring in the calcite, and that tells us how old the stalagmite is.”


Using the top six inches of an 18-inch stalagmite that researchers removed from Leviathan Cave and brought back to the lab for analysis, researchers measured the length and depth of dry periods on the land surface going back about 13,400 years.


And while the study methods could not determine how much temperature changed, they did validate a period of aridification between 9,800 and 5,400 years ago—as the western Pacific warmed up and as sea ice declined in the Arctic because Earth’s orbit shifted.


Lachniet explained that these same regional conditions that caused aridification in Nevada and the Great Basin before — the warming Pacific and shrinking sea ice — could also be expected to prompt a return to those ancient conditions in the Southwest, this time because of warming from greenhouse gases. Lachniet said his findings, along with other recent research, further imply that not only is Nevada expected to become warmer because of these trends, but so are the Colorado Rockies and parts of the headwaters of the Colorado River.


Climate scientist Cody Routson of Northern Arizona University has looked at some of the same trends in his own research and found them “pretty eye-opening.” The reason? Water managers and climate scientists are already alarmed about the increasingly severe “hot droughts” in the Colorado River Basin, with high temperatures coinciding with less rainfall.

Climate scientist Cody Routson of Northern Arizona University has looked at some of the same trends in his own research and found them “pretty eye-opening.” The reason? Water managers and climate scientists are already alarmed about the increasingly severe “hot droughts” in the Colorado River Basin, with high temperatures coinciding with less rainfall.

And water policy is generally based on a worst-case scenario, derived from tree-ring analysis going back about 1,500 years ago to the medieval megadrought on the Colorado River. That drought, Routson said, was “way worse than anything we have experienced.”


But this new paleoclimate data suggests that a clearer picture of what the future holds for the Southwest might be found in the climate of the early and middle Holocene, roughly the same time ancient people were adapting to the changes around Danger Cave and the drought that gripped the Southwest between 9,800 years ago and 5,400 years ago in Lachniet’s study.


So as the new studies confirm hot, dry periods lasting thousands of years, rethinking water and development planning time frames becomes urgent for 56 million people, whose lives and economies rely on water from the Colorado River and the Rio Grande basins, Lachniet said in his stalagmite research paper.


“What we're seeing is that temperatures are going to increase and that ends up producing much more evaporation, more loss of water from the reservoirs, a greater demand for water in agricultural systems where people are pulling in that water for use on their crops,” Lachniet said. “So even in the absence of any change in the amount of precipitation, we would expect to have more water scarcity in the future under those warmer conditions.”
Findings like these are prompting climate scientists, like researchers in other fields, to reconsider their reluctance to share their findings outside of academia.


Using the words “worst-case scenario,” as Lachniet does, in a scientific paper is pretty bold, said Andrea Brunelle, a paleoclimatologist at the University of Utah. But she added that scientists — especially climate scientists — are increasingly sharing their findings with decision-makers, not just other scientists.


“Then the next really important step,” she said, “is getting this into the hands of water managers or land managers or whoever it is that makes the plans and lays out the policies for the future.” 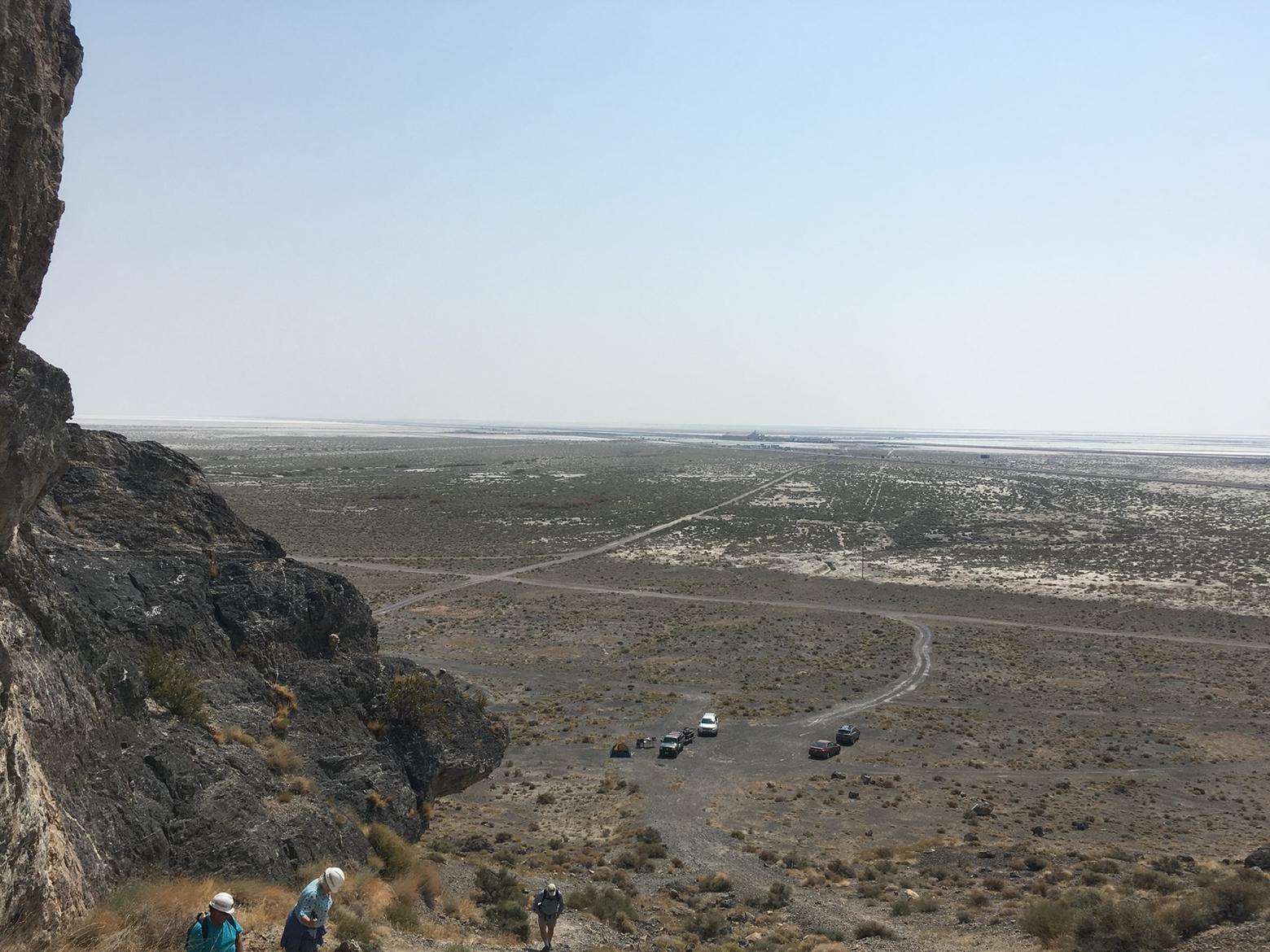 A view east from the Silver Island Mountains shows the Bonneville Salt Flats on the horizon at left. Danger Cave, and the nearby Jukebox Cave, were formed when waters from ancient Lake Bonneville began to recede about 16,000 years ago. Changing climate throughout the region transformed the landscape across the Great Basin as well as the lives of the people who lived there in prehistoric times.
This idea also seems to underlie new work from a team of international climate scientists, who recently made the case that climate modeling centers should include simulations of past climates in their predictions of future climate change. Besides predicting scenarios for future climate, this approach will help scientists assess the impacts of human-caused greenhouse gas emissions and propose strategies for mitigation.


“Looking to the past to inform the future could help narrow uncertainties surrounding projections of changes in temperature, ice sheets and the water cycle," said Jessica Tierney, an associate professor in the geosciences department of the University of Arizona who is lead author of a new research review paper in the journal Science.


The team behind that paper goes a step further, urging climate model developers to consider paleohistory while predicting the future. "If your model can simulate past climates accurately,” Tierney said, “it likely will do a much better job at getting future scenarios right."


To the east of Danger Cave lie the glowing, white Bonneville Salt Flats. They are what’s left over, like the Great Salt Lake, from the retreat of prehistoric Lake Bonneville 16,000 years ago.


The stage for seven land-speed records in the 1930s and ’40s, the salt flats provided an ironic twist to a Danger Cave tour that took place before the pandemic. As cars zipped across the salt flats during international Speed Week, Ron Rood of Metcalf Archaeology told a small gathering of tourists about the changes that had reshaped the land and human life over thousands of years all across the Great Basin.


The visitors gathered around as he showed a snippet of willow basketry and passed around small plastic tubs filled with artifacts like animal bones, evidence of dinner rubbish and hand tools. He explained how hard it was to strip the seeds from the desert plants that took over the landscape when freshwater food sources disappeared.


“Maybe,” Rood said, “we can learn some lessons from that.” 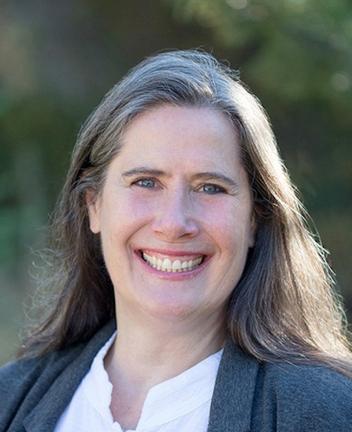 Judy Fahys of InsideClimate News has reported on the West for decades from Washington, D.C., and Salt Lake City. After covering the environment, politics and business at the Salt Lake Tribune, she was environmental reporter for NPR Utah/KUER.  Her work has appeared in the New York Times, the Washington Post, High Country News and Outside magazine and aired on NPR.