Do You Live In What David Brooks Dubbed 'A Latte Town'? 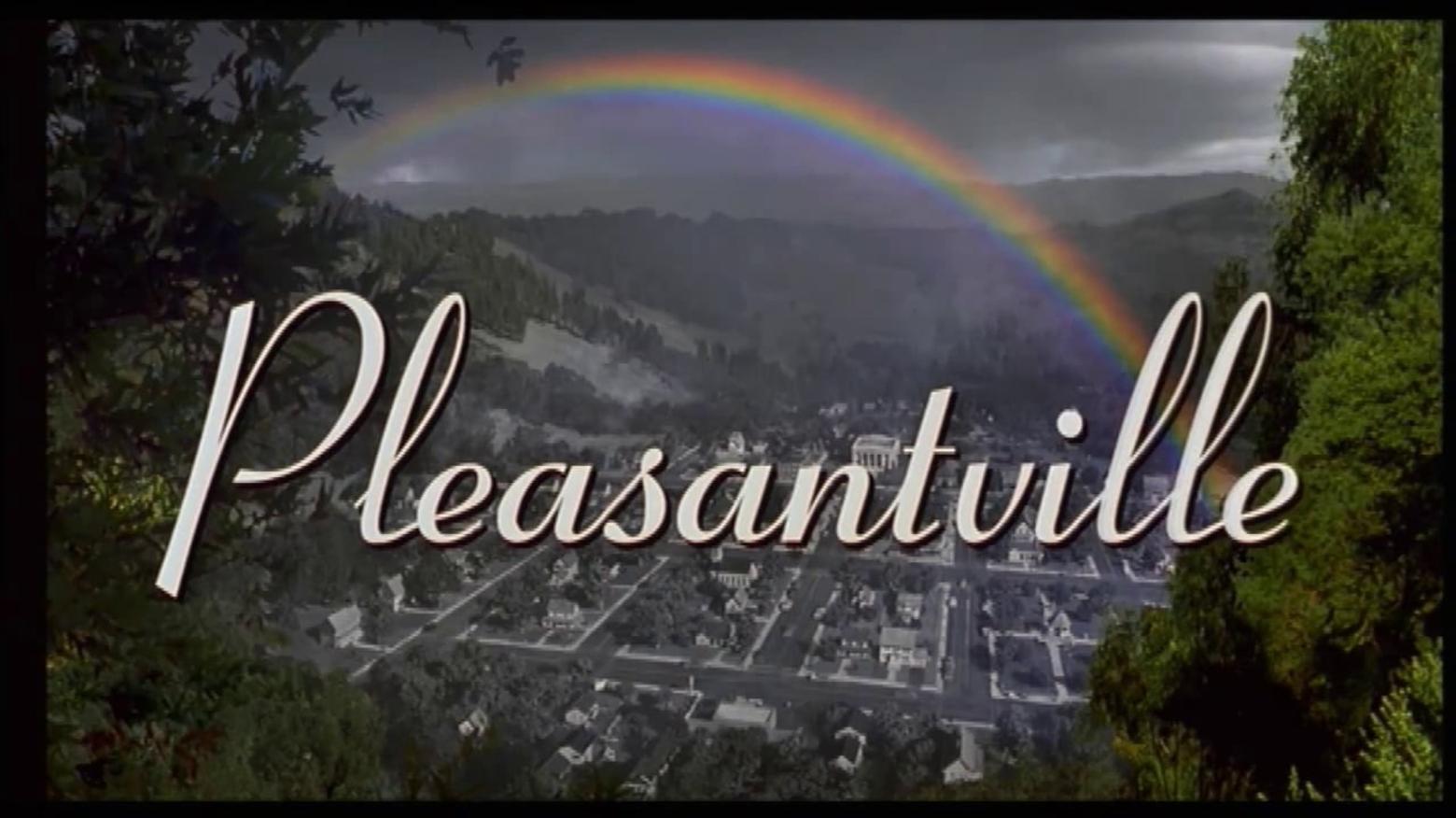 Screenshot taken from 'Pleasantville' movie trailer (New Line Cinema)
Is your community an official "Latte Town"?
The thought of it seems so passe yet it wasn’t so long ago that most of the West, beyond the shadow of the Lycra Archipelago, was a desert wasteland when it came to finding a real jolt of caffeine.
How many of you can remember those days?
Two decades ago, political commentator David Brooks penned a wonderfully sneering piece for The Weekly Standard in which he created a new social category for gauging certain lifestyle communities. 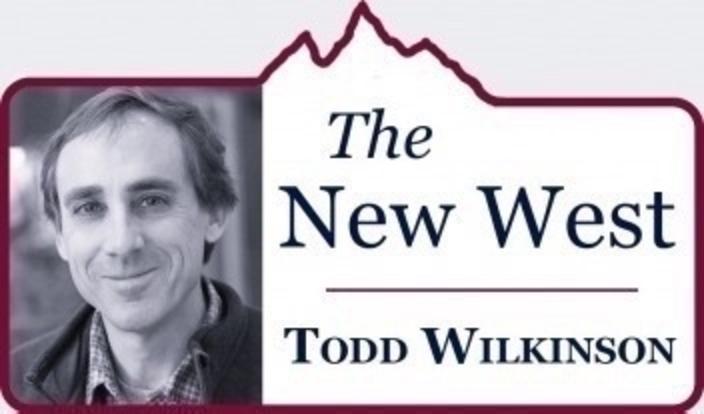 Like Frenchman Alexis de Tocqueville who cruised through America in the 19th century and shared his thoughts about what he thought of our nation’s crude, shallow culture, Brooks still has a special fetish for traveling through the hinters of our great land identifying trends. He often seizes upon patterns of conspicuous consumption that he believes translate into expressions of conservative or Liberal ideals.
"Latte Towns," Brooks wrote in the latter half of the 1990s, "are upscale.....communities, often in magnificent natural settings, often university-based, that have become the gestation centers for America's new upscale culture."
I remember when Brooks was solidifying his theory. He paid a visit to Bozeman and attended the same conference I did, sponsored by John Baden’s libertarian-oriented Foundation for Research on Economics and the Environment.
For those of you who drink your coffee on Sundays with a hard copy of The New York Times in hand, you already know that Mr. Brooks is a columnist for the old gray lady and a regular commentator on PBS and NPR. He's also a writer whose opinions put him in the company of guys like George Will, the late William F. Buckley, and William Safire.
Notably, and related to the theme here, he also wrote a book, "Bobos in Paradise:  The Upper Class and How They Got There,” an outgrowth of his Latte Town piece in The Standard.  In that piece, he coined the term "bourgeois bohemians"—or Bobos if you will—to describe hoity-toity Americans who dress and act outdoorsy because it gives them cool cachet. He also called out some of  the perpetually-adolescent, death-denying mindsets, the ultimate expressions of elitism, in which the primary worry of denizens is pondering how they will choose to play that day.
They think of “diversity” not in racial terms but socially if there’s, say, Republicans and Democrats, bankers, plumbers, school teachers and house cleaners in the same room. “Diversity” would also include a gathering at a local brew pub that includes patrons wearing variously Patagonia, Carhartt, Versace, Chanel, Gucci, American Eagle, ModCloth, Orvis/Simms and Salvation Army.
Brooks followed Bobos with another book, "On Paradise Drive: How We Live Now (And Always Have) in the Future Tense." In this treatise, he applied his insouciant baseball bat to the superficial consumptive impulses of Upper Middle Class. 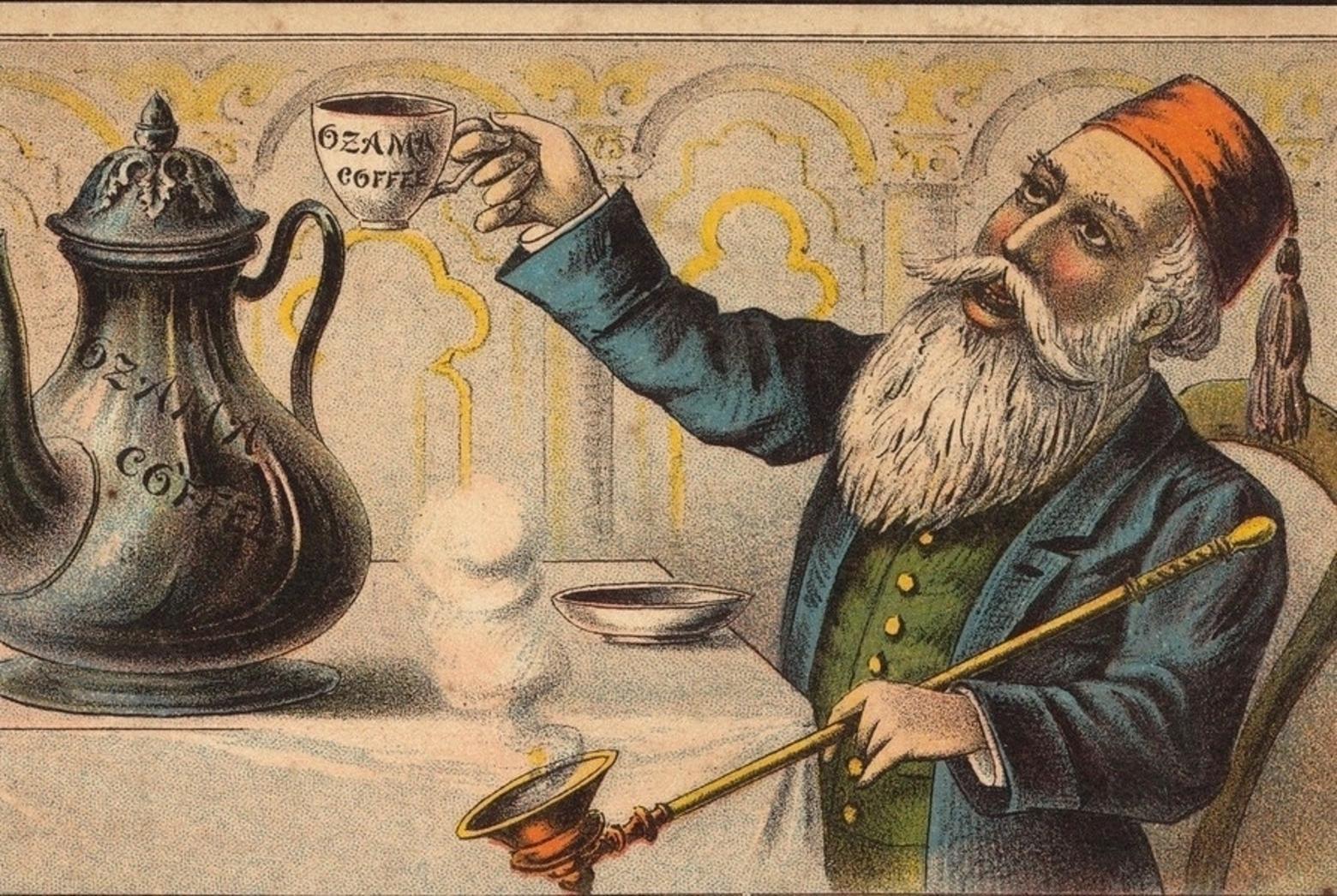 Let it be known that I have a personal bias when it comes to Mr. Brooks.  I have admiration for his work and the place he was trained.  He and I both are alumni of the City News Bureau of Chicago, where we each reported on violent crime in the Windy City.
"You know you're in a Latte Town,"  Brooks observed,  "when you can hop right off a bike path, browse in a used bookstore with shelves and shelves of tomes on Marxism the owner can no longer get rid of, and then drink coffee at a place with a punnish name...before sauntering through an African drum store or a feminist lingerie shop."

"You know you're in a Latte Town,"  Brooks observed,  "when you can hop right off a bike path, browse in a used bookstore with shelves and shelves of tomes on Marxism the owner can no longer get rid of, and then drink coffee at a place with a punnish name...before sauntering through an African drum store or a feminist lingerie shop."

Besides having "hip coffee shops," Latte Towns, he noted, have gourmet bread stores, micro-breweries, organic stores "and the rest of the sensibly-drenched enterprises that marry natural goodness, high craftsmanship, cosmopolitan taste, social concerns, and inflated prices to create genteel culture."
What are a few of the other characteristics of towns oriented toward bean worship?
"If you walk into one of the many home-furnishing stores, you see that the Latte Town elite has transformed the old Protestant elite's animal motifs," he writes. "Artwork featuring hunting-related creatures like stags, hounds, and ducks is out; artwork featuring non-threatening animals like cats, frogs, and small birds is in.  Cows, which are fashionably unglamorous and also pacifist, are quite chic."
Does his synopsis match the artwork on your wall?
"Latte Towns," he continues, " have developed their own sumptuary code, which is now spreading to all the places in America with high NPR listenerships.  The code is based on a distinction between needs and wants.  Needs are things we must have to survive, like shelter, food, clothing, and exercise.  Wants are those things we desire to make us feel superior to others.  The genius of the code of Financial Correctness that prevails in Latte Towns is that you can spend as much as you want on needs, so long as you are not ostentatious when you spend on wants."

"Needs are things we must have to survive, like shelter, food, clothing, and exercise.  Wants are those things we desire to make us feel superior to others.  The genius of the code of Financial Correctness that prevails in Latte Towns is that you can spend as much as you want on needs, so long as you are not ostentatious when you spend on wants." —David Brooks

He cites examples: "You can shell out $50,000 on an in-home media center, because that is a mere want. You can drop $4,400 on a Merlin Extralite road bike at the local cycle shop, because man must exercise, but it would be vulgar to have a powerboat, because while man needs to move around, he doesn't need motors to propel him."
In Brooks' mind, "the entire rural population of America can be divided between those who are Motor (powerboats, motorcycles, snowmobiles) and those who are Non-motor (canoes, mountain bikes, cross country skis). Latte Towns people are Non-motor."
Were the perfect Latte Town ever socially engineered, Brooks says it would have "Rocky Mountain views to the west, Redwood forests downtown around the town square, a New England lake along the waterfront, and a major city with a really good alternative weekly (newspaper) within a few hours' drive."
Here's something else that distinguishes Latte Towns:  Hippies and funhogs who descended there decades ago in order to drop out of the career rat race have ironically turned into some of the most ferocious capitalistic-minded entrepreneurs.
They've become rich by giving up ski bumdom for carpentry and, as contractors, building 8,000 square foot trophy homes;  they've become CEOs of backpack-making companies and now have wine cellars in their basements;  they've sold off the sputtering VW van, secured their real estate licenses and now own an Escalade.
To re-sanctify their commitment to land preservation and perhaps to sate their guilty conscience, they dutifully zip off a check for $25 to cover their annual membership in the most radical local environmental group.
"Maybe it's not surprising that the 1960s-era rebels who once lived on communes named Walden, would, in the fullness of time, discover that business can be converted into a spiritually satisfying lifestyle,” Brooks wrote. “They discovered that the anti-capitalist ethos of the 1960s can be converted into an efficient capitalist ethos for the 1990s and beyond."
According to Brooks, Latte Towns have distinguished themselves as "an interesting mixture of liberal social concern and paeloconservative effort to ward off encroaching modernism. Like the paleocons, the Latte Town elites seek to preserve old buildings and old communities and reduce the creative destruction of capitalism."
Is your community a Latte Town?  Chances are that if you're reading these words wirelessly while leaning over a cup of steaming rootbeer-flavored Chai or an exotic roasted blend from somewhere in central Africa, Brooks would argue yes and stir your froth with an exclamation mark.