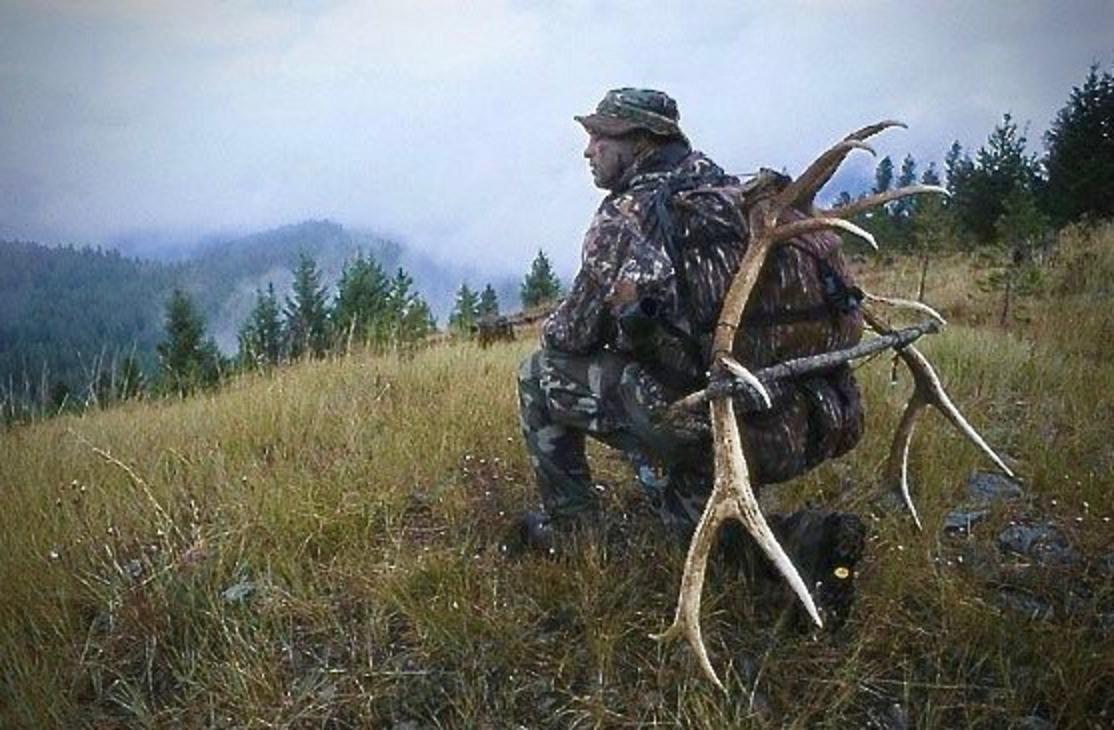 On September 15, 2018 in the wilds of northwest Wyoming, just south of Yellowstone National Park, a grizzly sow and her cub happened upon a dead elk that was shot the day before by a bowhunter from Florida and left overnight because it couldn't be located until the next day.
When the female bear found the elk, she saw that two other predators were at the site—humans—perhaps representing competition for this large bounteous portion of protein. So she charged as evolution has taught her to do.
Maybe she was also being a bit more aggressive than normal over concern for her cub. Or maybe she was merely adhering to the instinct of what bears do when other bears are on a food source they desire.
The hunter from Florida who encountered the bear near the carcass escaped. His local guide (described by many to be a devoted husband and father)  was killed.
The bear, according to what investigators deciphered in hindsight, was not interested in killing and eating a human.
I empathize with the hunters and my heart goes out to the the friends, family and loved ones of the man who died.
I’ve been hunting elk in the wilds of Montana for more than 30 years. I’ve had a lot of close encounters with grizzlies. I accept the risks, the same as I do when backcountry skiing near an avalanche zone, or fording a river when it is high with snowmelt or heading down a mountain during a lightning storm.

"I’ve been hunting elk in the wilds of Montana for more than 30 years. I’ve had a lot of close encounters with grizzlies. I accept the risks, the same as I do when backcountry skiing near an avalanche zone, or fording a river when it is high with snowmelt or heading down a mountain during a lightning storm. Risk comes with the terrain."

Risk comes with the terrain. It is a personal choice to embrace it. I do not believe that wildness should be tamed in order to make it safer for my traverse. At the same time, having had friends die in military combat, I feel for the loss of the guide. I am also saddened by the killing of the mother bear and her cub.
° ° °
When I first moved to Montana fresh out of a Marine Force Recon Unit, I developed a particular fondness for and connection to grizzly bears. I understand why former Army Green Beret medic Doug Peacock, a Vietnam veteran and fine writer and bear advocate who lives in Paradise Valley, Montana, also has an affinity for them.
Grizzlies are beautiful, powerful, fascinating, and potentially dangerous animals that are gravely maligned by the remains of frontier attitudes and misunderstandings, sometimes invented or exaggerated in order to provide a more compelling justification for killing them.
Some people hate grizzlies and many fear them because they don’t know and understand them. I find this particularly true among outsiders who travel to a region like the Greater Yellowstone Ecosystem or wildlands of northern Montana on vacation.
Those of us who have lived here awhile and raised our kids in the woods know they are simply bears. They are what they are; they do what they do. They want to (and should) be given respect and space and left alone to live and be themselves. Most bears have no interest in having a violent encounter with a person; history has shown that.

As noted above, after the sow attacked the elk hunter and his guide, she and her cub were killed. Wyoming officials say the bear was not protecting her discovered food source, as she had not yet eaten any of the elk, and that she was not reacting defensively after being surprised or startled by the humans — as grizzlies are sometimes apt to do.
She was labeled the aggressor. Some officials have said her behavior will likely “never be explained.”
Circumstances brought bears and humans together. Those factors are: Hyperphagia. Dead elk. Food. Competition. Sow grizzly. A cub.  Security. Protective instinct (no different from any other parent).
Unusual? Not really.
Inexplicable? Hardly.
Unheard of? No.
Does the presence of grizzlies make you feel like you inhabit a landscape that is more invigorating than any other you’ll find in the Lower 48 and most places on the planet?
That’s for you to decide.
° ° °

On October 30, 2001, another hunter was attacked and killed by a sow grizzly, who had two cubs, while he was cutting up an elk he killed on the Blackfoot Clearwater Wildlife Management Area in western Montana. The sow and her cubs were captured and killed. An official report sums it up as such:

“Bears exhibiting aggressive rather than defensive behavior towards people are exhibiting unacceptable behavior. Since cubs learn behaviors from their mothers, and these cubs were being taught to aggressively seek food at human elk kill sites, it is reasonable to assume they would get into further conflicts with humans as they grew up.”

It’s already been a tough year for grizzlies in 2018. Since the bears emerged from their dens last spring, more than 50 grizzlies reportedly, have been killed in the Greater Yellowstone Ecosystem alone, out of an estimated population of 700 in the core of the region; a region that more broadly encompasses 20,000-plus square-miles equal to the size of New Hampshire, Massachusetts and Connecticut combined.
Although numbers have increased from about 135 or possibly fewer since 1975, when grizzlies were classified as threatened under the Endangered Species Act, the population has increased and stabilized, even though grizzly experts say the ecosystem and adjacent public lands, where bears allowed to live there, could sustain more than 2,000.
To put it in perspective, grizzlies occupy less than two-percent of their historic range and face numerous challenges including threats from climate change, loss of traditional food sources such as whitebark pine seeds in the cones, cutthroat trout losses in Yellowstone Lake,  habitat fragmentation from human activities, genetic isolation; growing human populations, and associated encroachment by people (recreationists) into grizzly country.
Collectively, as a society, many deem it more important that the wilds be made safer for humans than wild grizzlies — that it’s more important for, say, a guy from Florida to be able to fly to Wyoming and pay someone to help him kill an elk than for a sow grizzly to be able to securely raise her cub in what little remains of places where grizzlies can be grizzlies.
I am not writing this to be callous. But should we clear the oceans of sharks along the coastline of Florida or California in order to make it safer for surfers or a snorkeler from Montana?

Let's not beat around the bush. I am a hunter who kills elk and deer to put meat in the freezer.  Still, I ask: do we recover animals, like a grizzly, in order to kill them for fun again? Management priorities promoting this line of thinking seem askew.

In response to an overwhelming amount of scientific evidence regarding the growing threats to Yellowstone’s grizzly populations, a federal judge in Missoula just put the bears back under federal protection. Last year– despite an outpouring of concern from citizens, scientists and tribal leaders – they were removed from federal protection and management was turned over to the states. 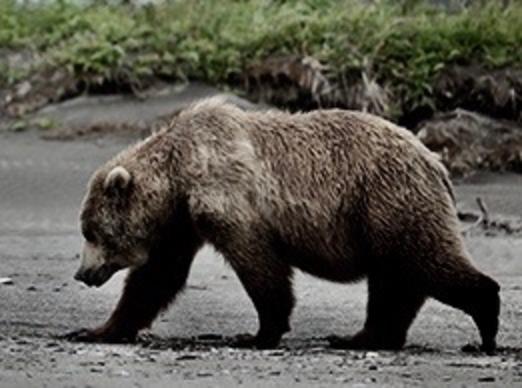 A grizzly. Photo courtesy NPS
Wyoming and Idaho immediately established hunting seasons that were to begin this fall. The judge’s ruling put a halt to the proposed grizzly hunt. Some hunters are using the recent, tragic incident in northwest Wyoming to illustrate why we should hunt grizzlies. “They will learn to fear humans and the mountains will be safer,” they claim.

But research conducted in Canada and Alaska shows that the hunting of grizzlies does not decrease these sorts of tragic events. Even if the hunting seasons had gone forth, it would have been illegal to kill sows with cubs. Sow grizzlies are naturally and sometimes aggressively defensive of their cubs, and grizzlies can be aggressively defensive of their food caches. It’s their nature. Dead grizzlies don’t learn to avoid humans.
Grizzlies evolved as a self-regulating, apex-predator species. They have very slow reproductive rates. The killing of large, mature grizzly males by hunters can disrupt social structure, breeding and territorial behaviors and create unintended consequences, including increased harassment of sows from immature boars; increased infanticide of cubs, and a decrease in the time cubs remain with their mothers – which, in turn, can result in bears that have not quite learned to avoid and evade humans and stay out of trouble.

Grizzly attacks are rare, averaging about one attack per year in Yellowstone, where the annual human visitation now exceeds four million.
When I hike alone in grizzly country, I feel no need to carry a weapon. I also don't wear a lightning rod or life jacket or carry a defibrillator, even though I am far more likely to get hit by lightning, drown or have a heart attack in the wilds than be attacked by a grizzly.
There’s inherent risks to wilderness travel. In some places, grizzlies can be one of those risks, particularly when you kill an animal like an elk that is also a critical source of nutrition bears so urgently need to fatten up for the approaching winter sleep. Do we need to sanitize these places and make them safe for us elk hunters or should we honor the wildness they emanate that makes us feel more alive?

Canadian writer and naturalist Roger Yorke Edwards summed it up this way: “When all the dangerous cliffs are fenced off, all the trees that might fall on people are cut down, all of the insects that bite are poisoned . . . and all of the grizzlies are dead because they are occasionally dangerous, the wilderness will not be made safe. Rather, the safety will have destroyed the wilderness.”
EDITOR'S NOTE: Mountain Journal welcomes any essays from hunters who want to rebut Stalling and make a case for why sport hunting Greater Yellowstone grizzly bears would be an improvement over current state/federal wildlife management. Contact us by clicking here.  For further reading about bear spray: Mountain Journal's story by Todd Wilkinson: To Live and Die in Bear Country. 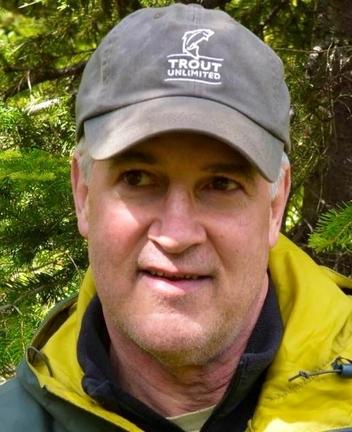 David Stalling is a former Force Recon Marine and former conservation editor for the Rocky Mountain Elk Foundation’s Bugle magazine. He won an award while writing for Bugle about hunting. Today he is a writer, wildlife advocate, father and hunter living in western Montana. He spends a lot of time randomly roaming remote, wild country inhabited by wild grizzlies. Very likely, while you read these words, he is thawing out elk or deer meat to have for supper this week.