Evolution Of A Young Climate Activist

Two Lilys: A high school reporter who is going places interviews a contemporary who isn't content to sit on the sidelines. She's taking action 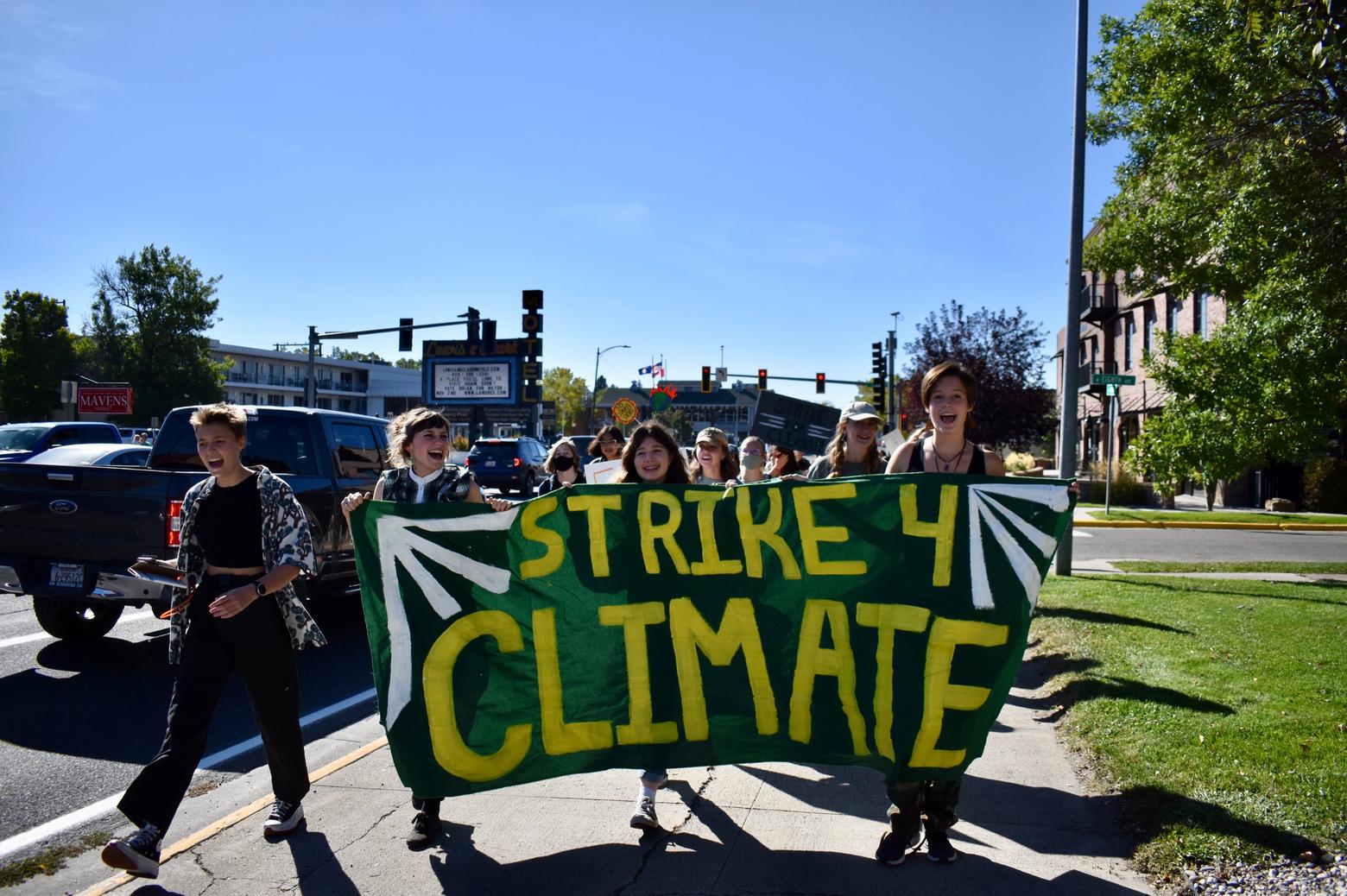 Climate change is going to negatively impact the lives of every single young person now in high school. It takes guts to become engaged in issues, particularly in an age when grown adults discount the importance of science and accepting changing ways of thinking so that generations hence will have a better future. Lily Morse and some of her contemporaries at Bozeman High School are unafraid to stand up and be heard. Photo courtesy Lily Smith of HawkTalk

By Lily Smith
Lily Morse, a junior at Bozeman High School, sat down on the green couch of the Hawk Tawk newspaper room and immediately took out a piece of paper containing carefully-detailed talking points for our interview. I found Morse through seeing her many Instagram posts about climate activism opportunities and all she was doing to transition schools to 100 percent renewable energy as executive director of the Green Schools Campaign.
I had also read her article written about her journey to being the first female Eagle Scout in Long Beach, California when she was only 15.
Morse grew up in Long Beach and spent a lot of time outdoors there, but her passion for environmentalism was first ignited by a 2019 backpacking trip in Idaho with the National Outdoor Leadership School.
The beauty of Idaho had a profound effect on Morse. “I was like ‘if the world continues to go forward with climate change and not being sustainable, then people really don't get to experience the impact the outdoors had on me,’” Morse said.
Her most impressive adventure was a 23-mile trek across the Grand Canyon completed in a day. “I couldn’t walk after,” she laughed. She also frequently explored the outdoors while earning badges to become the first female Eagle Scout in Long Beach, a city of 466,000 located near Los Angeles. 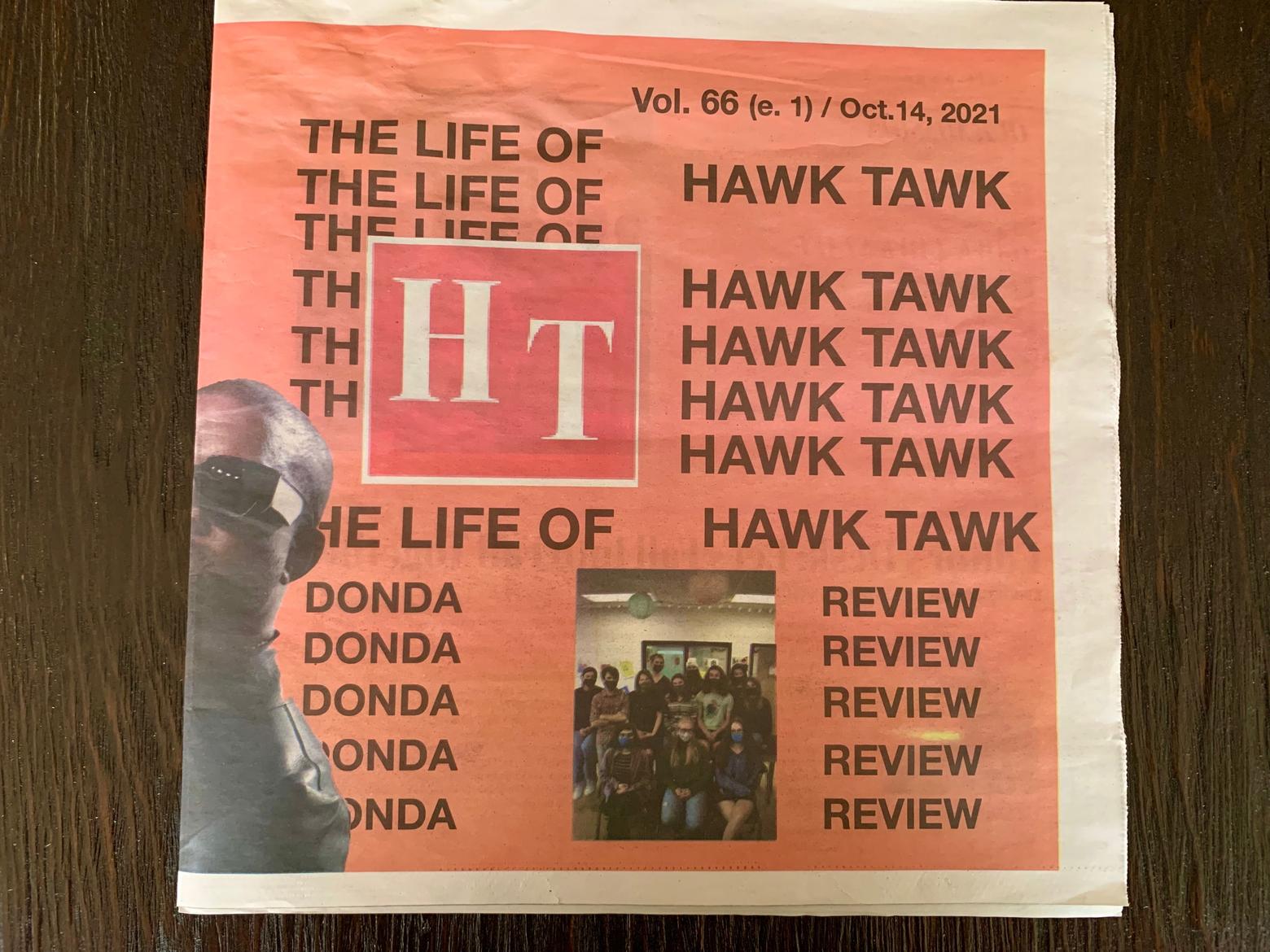 Three cheers for student journalism and telling it like it is. Hawk Talk, the newspaper of Bozeman High School, is one of several excellent student-managed newspapers in the Greater Yellowstone Ecosystem. Smith's profile of Morse appears in the latest issue.
In addition to her personal experience with the outdoors, Morse’s father is an environmentalist and her family has always tried to live sustainably. This focus on sustainability led her to the 2019 Fridays for Future climate strike in Los Angeles, where she saw Swedish youth climate activist Greta Thunberg speak.
Morse was inspired by Thunberg’s speech as well the crowd of other passionate climate activists. In the summer of 2020, she started a training course with the Climate Reality Leadership Corps, founded by former Vice President Al Gore. She became involved with the LA chapter of Climate Reality, which guided her to the youth-led Green Schools Campaign. When Morse joined, the organization was still in the early stages of development.
“I kind of just kept asking ‘What can I do?’, trying to work as hard as I could,” she said.
She coordinated with other youth leaders of the Green Schools Campaign to figure out how to implement the steps to transition a school to renewable energy. To do this, she developed the regional coordinator system where one student from anywhere in the world could reach out to the Green Schools Campaign team and receive guidance in transitioning their school to renewable energy.
She was first named operations director of the organization and then, earlier this year, executive director. As ED, Morse is responsible for more of the big picture thinking in the movement. She deals with the questions: “What are we going to do to move forward and how do we make that happen?”
The main difference between climate action in California and Montana that Morse noticed were the differing symptoms of the climate crisis that each state experienced. In California, she lived very near sea level and half-joked: “So if the sea level rises, where I lived, I was kind of screwed.”
As for the climate crisis in Montana, Morse got the full picture during her first week here: the week of the Bridger Foothills Fire. “It was a lot scarier when you could literally see the mountain on fire, because it was so close,” she said. 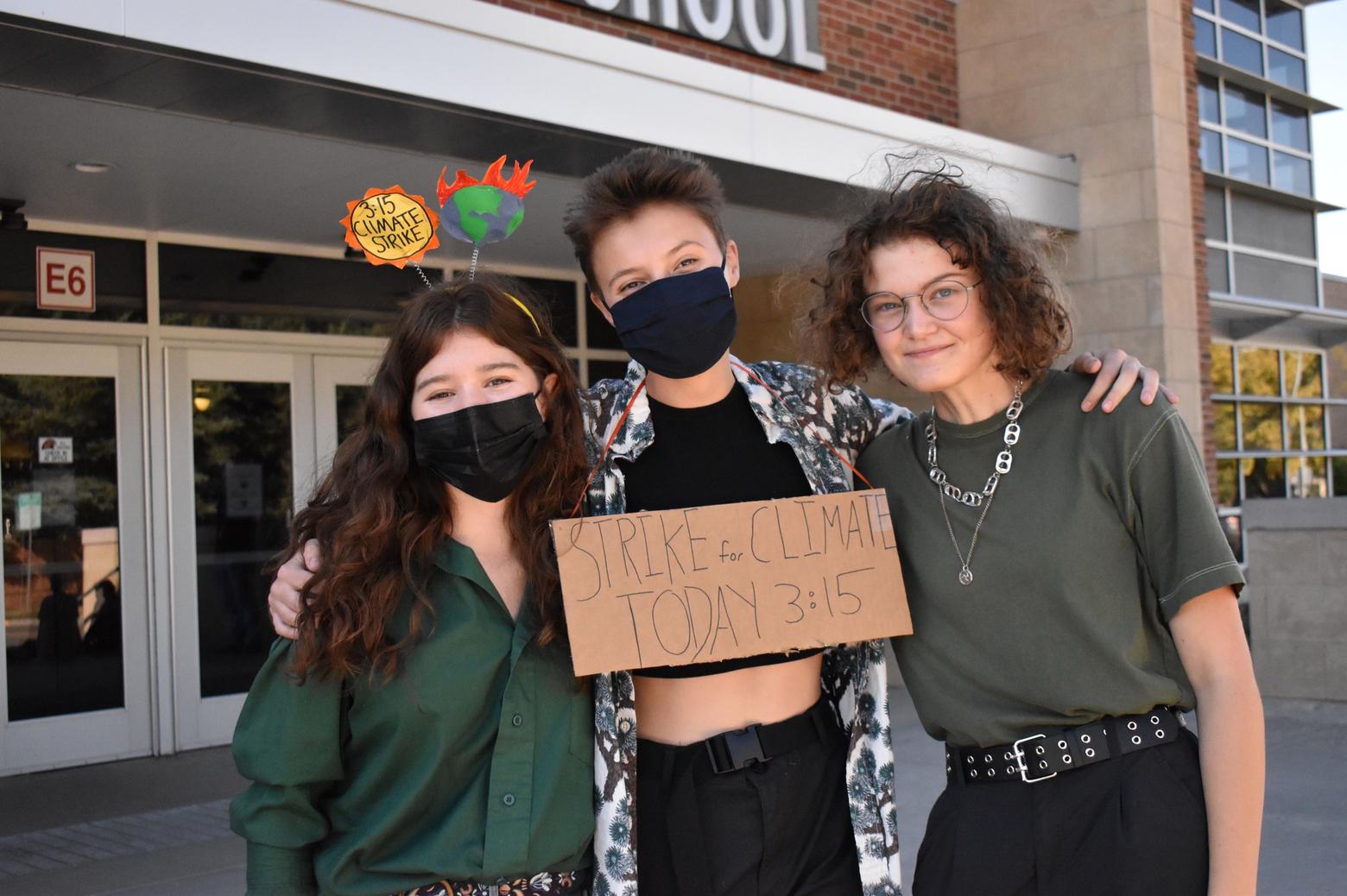 Climate activist Lily Morse is flanked by Ellie Cornish on the left and Cady Diamond on the right. Photo courtesy Lily Smith of Hawk Talk
When I asked her if she had any suggestions for BHS students who want to take climate action, she jumped at the opportunity to share about the climate strike that she helped organize with Sunrise Bozeman that took place on Sept. 24. She also recommended joining the BHS solar club (which she helps out at sometimes), being trained as a Climate Reality leader, voting (if you can) for climate-conscious candidates, signing climate justice petitions, and staying educated about the climate crisis and action within the community.
As part of her activism supporting renewable energy, Morse likes to emphasize intersectionality of marginalized groups with the effects of climate change. “People need to remember it's not just, like, the plants and the animals who are being impacted by the climate crisis, it's people too,” she says, “The people that are impacted the most are Black, Indigenous, and people of color.”
Morse wants to make space for these disproportionately affected communities in the climate movement, and she acknowledges that Indigenous people have “protected the earth for thousands and thousands of years, until colonization came in and kind of messed everything up.”
While continuing her work for the Green Schools Campaign in Montana, Morse is running up against some legal barriers controlling the amount of solar energy that can be used on one building, but finds that people in Montana are generally as open to environmentalism as the people in California.
She understands that climate action in Montana “will probably need to be a very bipartisan effort to support a just and equitable transition to renewables, because a lot of the communities in Montana do rely on coal, so we have to make sure those people are not being left behind [...] once we transition.”
Morse has found the work to be difficult and emotionally draining at times, but ultimately feels that working with other activists and making a difference is empowering. At the moment, she is most interested in a STEM field that, although she doesn’t want to work exclusively in climate activism, “probably will have intersections back to climate activism and climate justice.”
Morse believes that she will “always be a climate activist, as long as the climate crisis still exists.” 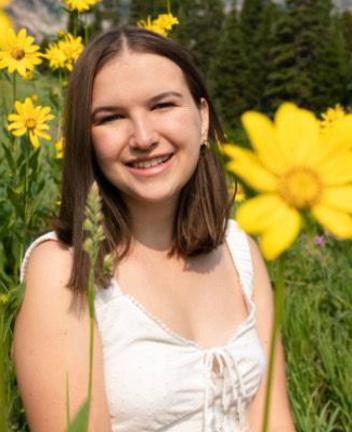 Lily Smith is a senior at Bozeman High School, where she writes for the Hawk Tawk newspaper. She loves hiking, backpacking, and skiing in the beautiful Montana landscape with friends and family, including her Australian Shepard, Chili. She hopes to study political science and English in college and begin a career in journalism.