When E in Environmentalist Stands For Empathy 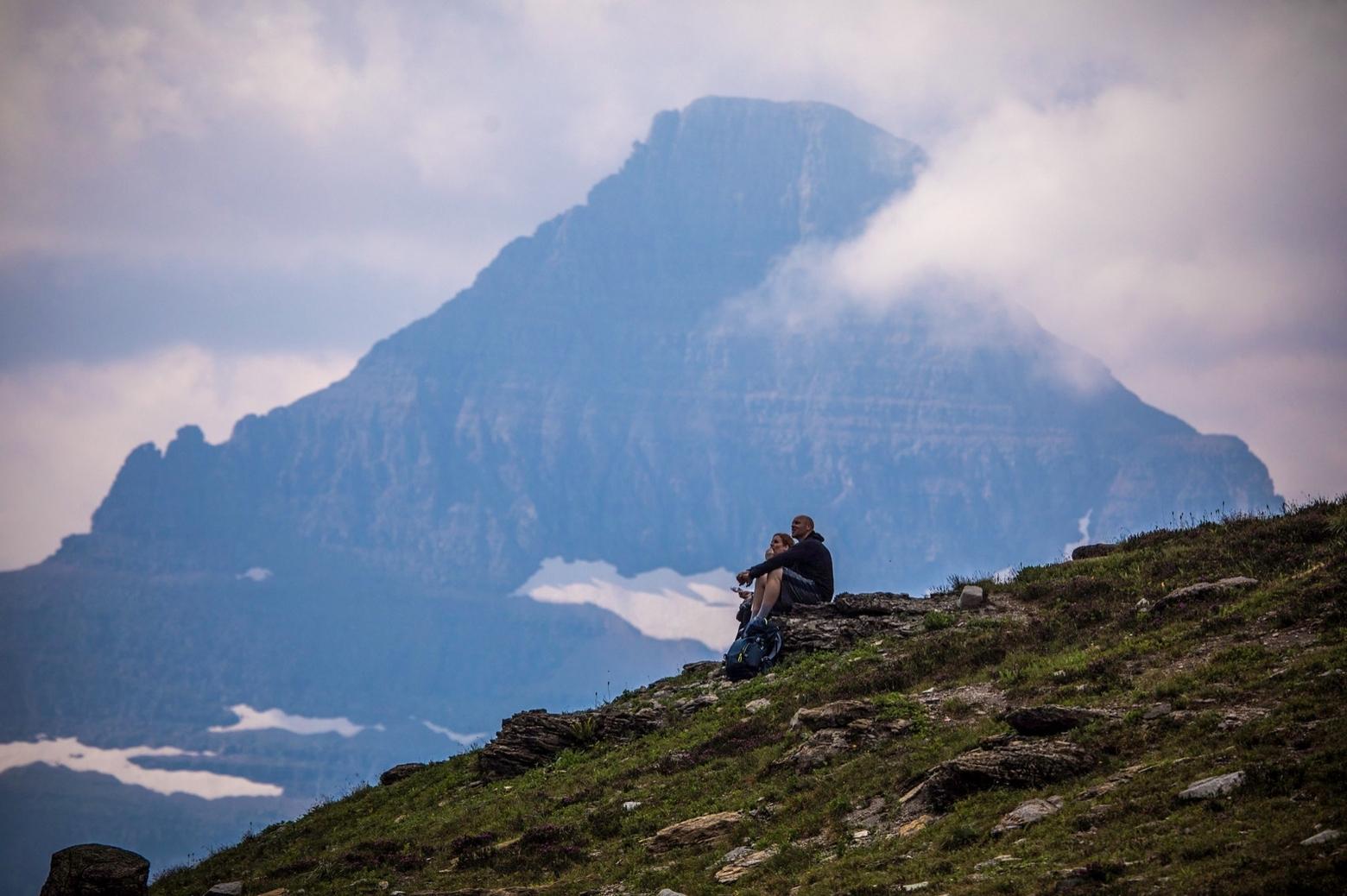 Photo courtesy Glacier NPS
EDITOR'S NOTE: Jordan Payne, our recent college intern, hereby achieves formal column status for hard work well done.  The perspectives he brings are worthy of your attention. —Mountain Journal eds.
If you’re going to be one thing, be an environmentalist. Why? Well, as I begin my new column for Mountain Journal, I suppose it isn’t a terrible idea to talk a bit about where my thinking comes from.
I grew up surrounded by redwood glens and chaparral ridges, and my childhood consisted of long days out doing little more than walking through it all. Such an exposure naturally turned me into someone who loves the outdoors, but it was my education that led to the formation of my belief structure as an environmentalist now with me being in the early years of my 20s.
I’ve come to realize that you don’t need to travel to Yellowstone and worship in the shrine to wild nature it is, in order to care about it as a place, or even rely upon it to be a catalyst for sparking a connection to things outside our own being. That starts wherever we are, wherever we are willing to open our eyes and minds to nature, and for so many young people, it might begin in the back yard or a pocket park and via an elder who provides an introduction.
One need not be a product of privilege to have a potted flower on the front porch, water it so that it blooms, attracting pollinating bees or butterflies to its nectar and then having someone ask you, as it flies away, where it lives and how it found your home. To me being an environmentalist is about having an interest in our connections to nature.
° ° ° °
The summer after I turned 15, I had the opportunity to travel to Guatemala and learn about the culture and history of the country. I remember standing under the carefully maintained canopy of a coffee plantation, learning about how though it was less profitable to grow shade-grown coffee in the short term, it both benefited the health of the plant, requiring less chemical pesticides and fertilizers, and the long term sustainability of the farm. 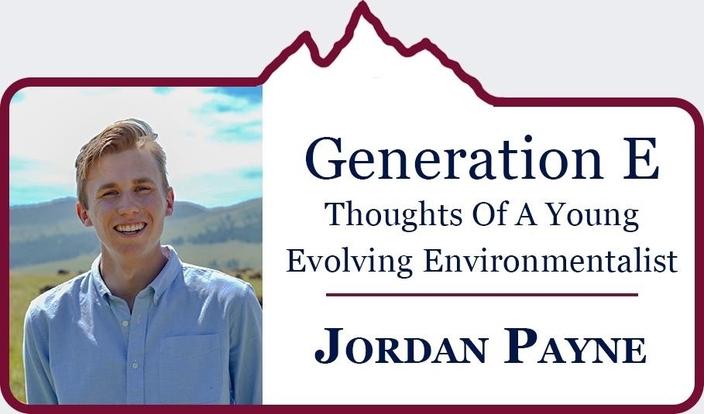 These choices were not principally made because they were the right thing to do. They made economic sense. A few days later, I stood on another hillside with students planting trees and clearing invasive brush. Decades of conflict in the country had burnt many hillsides of rainforest to a crisp, allowing invasive species to settle the newly open landscape.
These trees and shrubs were not only ecologically inferior, they simply couldn’t hold the hills up. Heavy rains in the wet season led to landslides that had more than once wiped out neighborhoods and killed residents in towns below the hills. Reforestation was not principally an ecological strategy, it was an ecologically intelligent way of protecting people and protecting towns.
We did not limit our time to Guatemala’s natural landscape, and on one of my last days we headed to the city dump for Guatemala City. It is the largest dump in Central America, and is located at the headwaters of a major river, surrounded by city on four sides.
The toxins and waste that are carried downstream effectively destroy the river, but human concerns abound as well. People literally live at the edges of the refuse, sorting through the truckloads that dump mixed waste.
The dump is a health, social, and environmental tragedy and each non-profit community organization involved with it is forced to tackle more than just their principal aspect. The dump’s impacts stretch beyond its physical boundaries, and environmental organizations know that until the health of even those who live in neighborhoods near the dump —a group that has scarily high rates of serious disease—has been dealt with, the health of the river that runs out of the valley is low on the list.
In Guatemala, the work I saw was being done for people, long-term profits, and environmental health. Looking back on these experiences, the intersectionality expressed in the activism I witnessed enabled me to look for and appreciate multiple narratives, and as writer Chimananda Ngozi Adichie says, the danger of a single story.
° ° ° °
Mountain Journal founder Todd Wilkinson, to whom I first reported for duty in summer 2019 as an intern, has asked me to write about what members of my generation are thinking. And we agreed that far from it being representative of all people my age, I am but one member of it, dealing with the issues that we are confronting.
To make it clear who I am, so that no one of my generation assumes I am trying to ignore it: I am a white male, cis-gender, born of privilege that many members of my generation and around the world don’t have. What does that mean within the context of my care for the natural world? I’m still trying to figure it out.
° ° ° °
Not far from where I am writing this in Walla Walla, Washington, the boundaries of the watershed that supplies the town is closed to humans. That’s right. You cannot hike or mountain bike through it, camp in it, hunt in it or boat the water. This closure, as I understand it, is another example of intersectional action. It is not chiefly an environmental concern; it is water quality that drives this protection.
The result is a roadless, person-free unofficial wilderness zone which serves as a refuge for the elk and many other species that live in the Blue Mountains. The intersectionality that defined the environmentalism I was exposed to in Guatemala is no different than the best efforts found in the US.

Not far from where I am writing this in Walla Walla, Washington, the boundaries of the watershed that supplies the town is closed to humans. That’s right. You cannot hike or mountain bike through it, camp in it, hunt in it or boat the water. It is not chiefly an environmental concern; it is water quality that drives this protection. The result is a roadless, person-free unofficial wilderness zone which serves as a refuge for the elk and many other species that live in the Blue Mountains.

Our own environmental history—one of superfund sites that emerged from earlier eras when environmental regulations were lax, rivers that caught on fire, and now the fall of the coal industry—is not so different than what I learned about in Guatemala. Here, it looks a little different.
But do the Blue Mountains serve as a reference point for Greater Yellowstone where there is a lively debate over the benefits of protecting landscapes, even having places where humans don’t go? Through my summer in Bozeman as a MoJo intern, I was able to see more real world examples of inclusive environmentalism.
Building wildlife over/underpasses, to name one, is crucial for keeping migration corridors for elk, mule deer and pronghorn intact, but practically speaking it saves human lives and money.
One of my professors at Whitman College told a class full of young, politically hyper-aware students that the biggest mistake the environmental movement made was to tie itself to the Left. The responsibility for that decision does not fall exclusively on the movement, as it was, and is a reaction to Republicans like presidents Ronald Reagan and Donald Trump who rolled back decades of air and water quality laws, pollution control, and investments in clean energy, forcing the issue into partisan camps.

One of my professors at Whitman College told a class full of young, politically hyper-aware students that the biggest mistake the environmental movement made was to tie itself to the Left. The responsibility for that decision does not fall exclusively on the movement, as it was, and is a reaction to Republicans like presidents Ronald Reagan and Donald Trump...

No matter how it plays out politically, the roots of conservatism (which exists in the ideology of both parties) actually tie into environmentalism. It is not a coincidence that conservationist and conservative are so close etymologically. The two are tied. The disconnect occurs when environmentalists take the moral high ground instead of a practical approach that makes the benefits and reasons for protection tangible to people. Debating from a supposed moral high ground doesn’t work if the reasons for protection aren’t clear.
When debating with people who disagree or explaining why we should try to drive less or are disappointed with reductions in national monuments or wilderness protections, highfalutin moral arguments, while righteous, get nowhere. At least, that’s how it seems to me.
Doing so creates a power imbalance and leaves the listener defensive and unwilling to listen. Instead, for almost every environmental cause, there is a practical, logical reason for following through with it, and it is important to understand and advertise these practical sides of each issue. 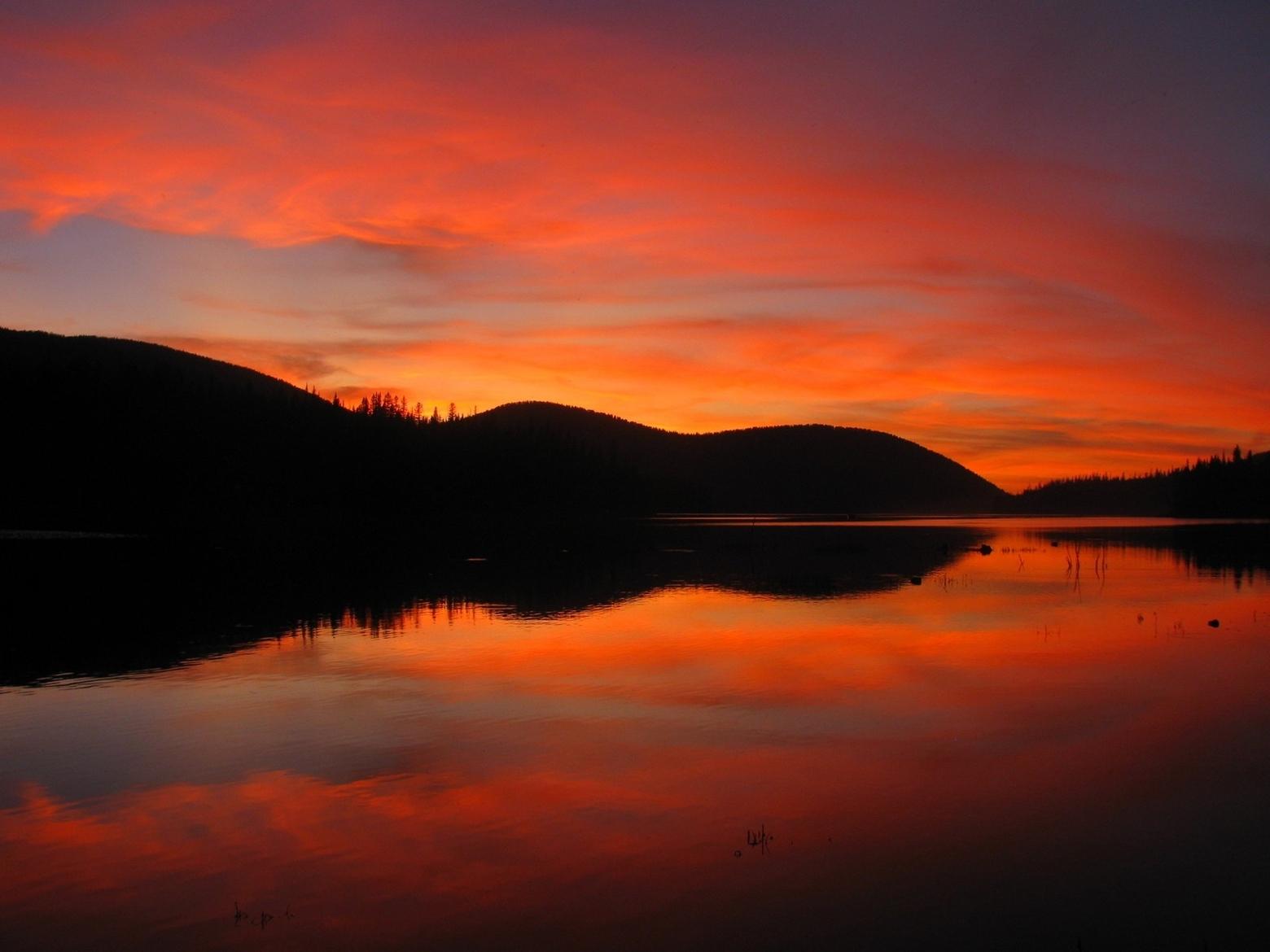 Payne, in gauging the sentiments of some of his friends, says arguing that places should be protected for their intrinsic and spiritual values isn't always compelling. Here, Hyalite Reservoir at sunset is an idyll of serenity. Saying it needs to be protected from overuse may not sway his contemporaries but emphasizing that it's a source of clean drinking water and suddenly that's something more tangible, he notes. Consider the example of the Blue Mountains outside Walla Walla which he references in his column.. Photo courtesy Flickr user Kerry flickr.com/people/90616144@N00/
I believe that being an environmentalist is to find affinity and community with the earth and to be a steward for it and those—including non-human creatures—who live here and can’t advocate for their own wellbeing. It is more than donating to great organizations that protect land and resources, as critical as that is.
Being an environmentalist is to strive to be conscious in every aspect of one’s life and to be able to think and analyze both sides of any issue. This is the heart of understanding a moral and practical perspective and being a responsible environmentalist. And as the climate crisis continues, an inclusive environmentalism will be key.
My life already involves the need to face a diverse array of issues, ones that are increasingly and inextricably linked to environmental concerns.
As I start my column off, my intent is to reflect the conversations that young people are having, not to be a spokesperson for a generation. We are all different, coming from different backgrounds, worldviews, privileges and challenges, and orientations of all kinds. But that does not mean we don’t share common values or concern for wildlife.
By pondering together how the bee or butterfly found its way to our doorstep, where it lives and what it needs to survive, we can feel mutual empathy which, to me, is where I, as a young person, find purpose in environmentalism.
I want to thank you for taking the time to read what I may write. I believe and hope the issues and ideas I explore from here at the edge of the Rocky Mountain West are ones that you care about as well. I would like to use this space to share ideas from younger people of around my age and listen to your thoughts. Drop me a note by clicking on the contact tab in the main MoJo masthead. 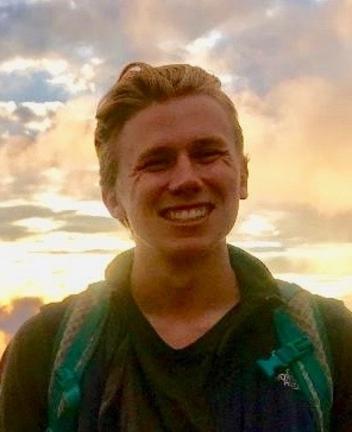 Columnist Jordan Payne, who pens "Generation E," was a Mountain Journal intern in the summer of 2019.  A native of the West Coast, he is a senior at Whitman College in Walla Walla, Washington, contemplating a possible career in environmental journalism.
Read more