For decades, Barbara Moritsch worked as an ecologist in some of the most visited national parks. In her novel she dispels backward attitudes toward wolves 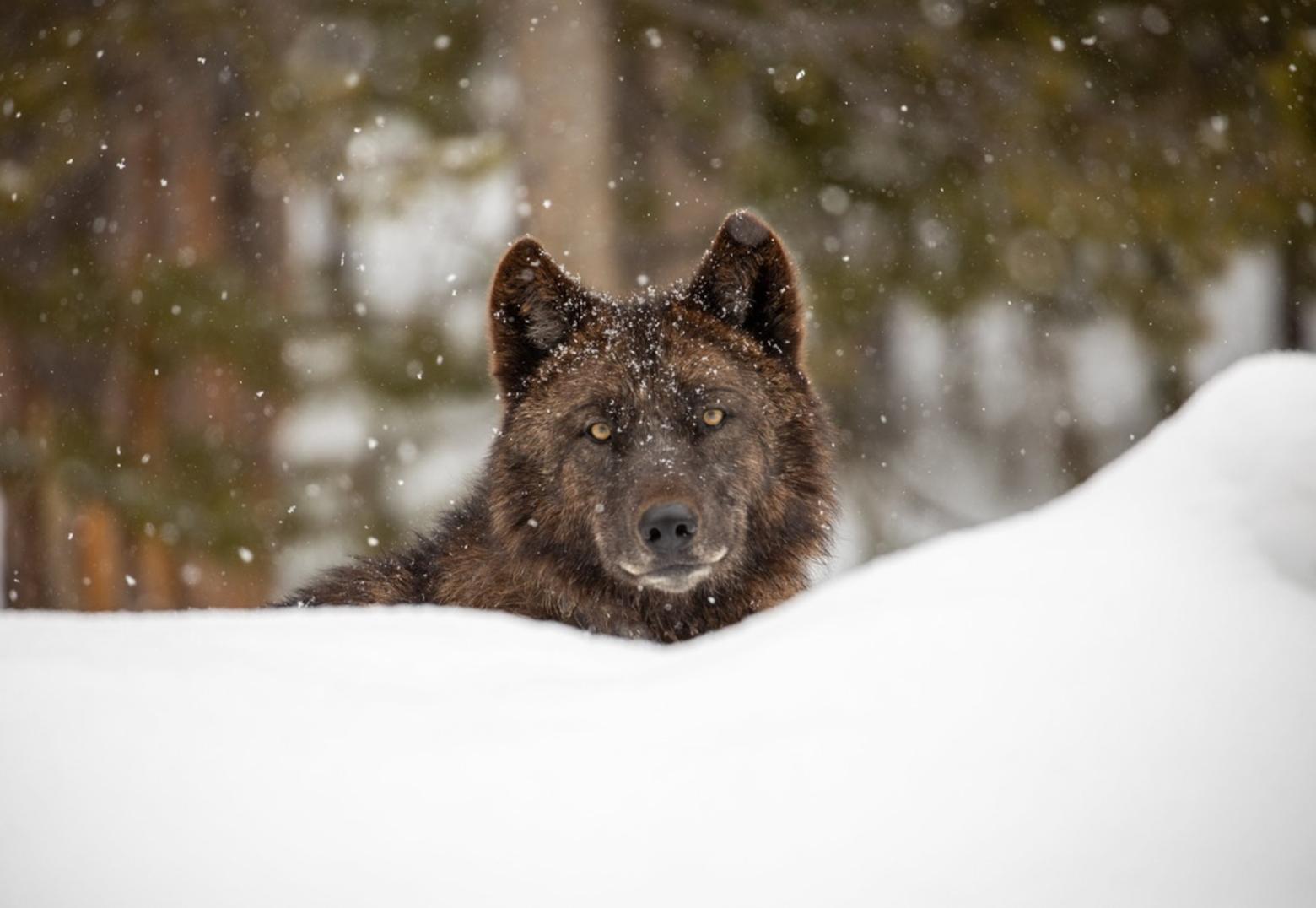 Moritsch describes her novel as being a fantastical story about wolves, but the former ecologist with the National Park Service refuses to make them villains. Photo courtesy Jim Peaco/NPS
For 20 years, Barbara Moritsch worked as an ecologist and interpretive naturalist for the National Park Service and became part of the proud corps of those wearing ranger hats in an agency that is among the most popular in terms of how citizens view those who work in government.
Her job involved helping to translate the sophisticated knowable and unknowable mechanics of how nature works to the public. But one thing she noticed in parks like Yosemite, Sequoia and Kings Canyon is that while there were some giant ancient trees like redwoods and sequoias—spared from industrial logging, absent were the resident predators. Like grizzly bears that are on the California state flag. And wolves. They were killed off.
So it was, after Moritsch left civil service and settled in Idaho that she thought she might have a peaceful good life reflecting on her experiences in the great outdoors. She thought it was amazing that wolves were reintroduced to wilderness areas in central Idaho the same winters they were historically restored in Yellowstone.
That, of course, was not the end of the story but it has brought a new chapter in wildlife conservation that sought to correct Draconian frontier attitudes that eradicated species only to, in recent years, have those attitudes return, advanced by state legislators, most of whom would probably fail a basic test in wildlife biology. 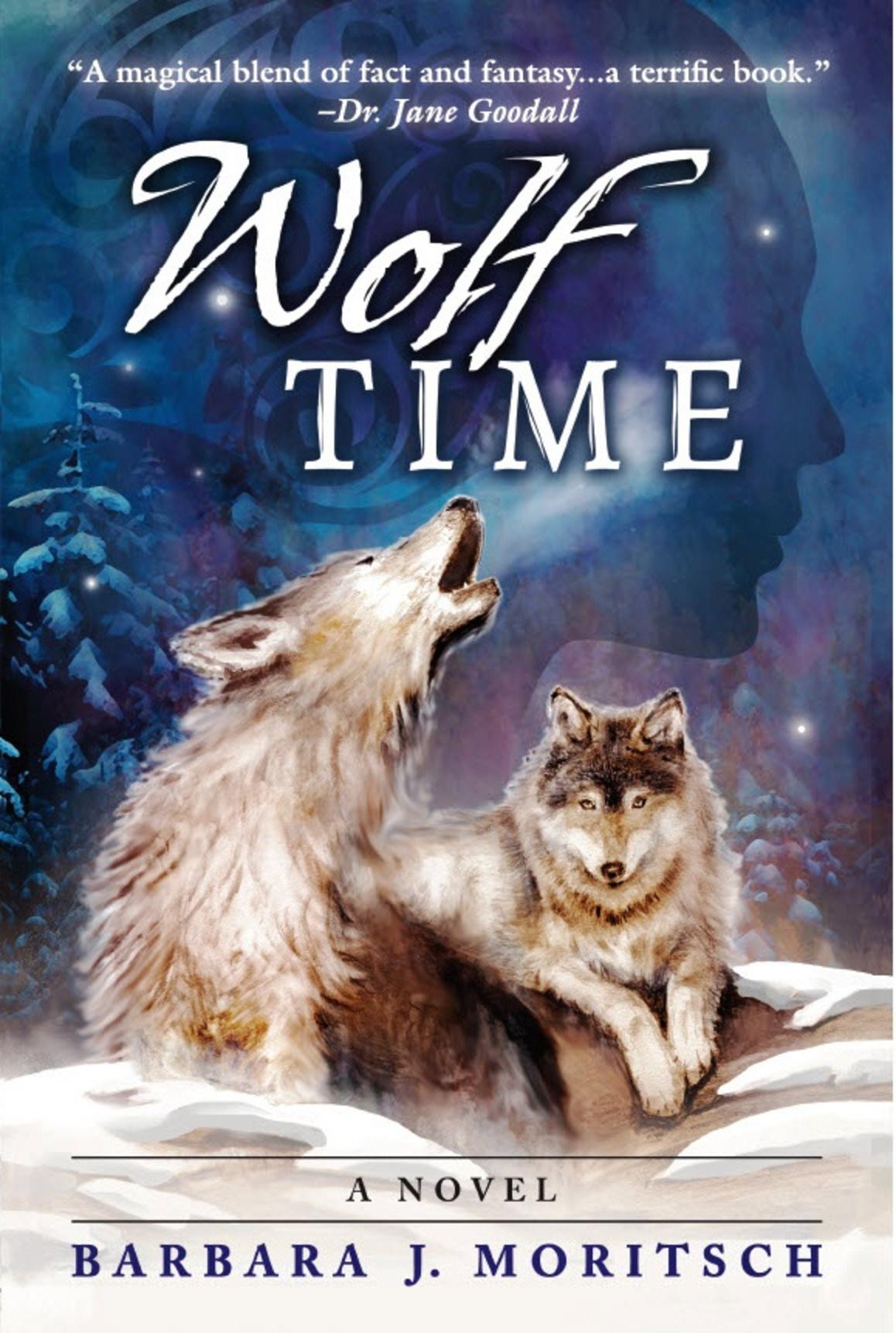 Moritsch has written about national parks, including a recent book titled The Soul of Yosemite: Finding, Defending and Saving the Valley's Wild Nature. Not long ago, she published a novel, Wolf Time, that aims not only to carry an entertaining narrative but demonstrate how sentience exists in humans and other beings that evolved in nature together.
Below is part of a conversation we had with Moritsch about the story line.
MOUNTAIN JOURNAL: Wolf Time is a novel. Without giving too much away, let's use Dr. Jane Goodall's own words to describe it as a blend of fact-based natural history about Canis lupus and fantasy. The main characters are both wolves and people, with the latter given an opportunity to see the world through the eyes of these long-mythologized animals. How did you come up with the plot?
BARBARA MORITSCH: The plot unrolled as I wrote the story. I had no overarching plan at the outset. I was trained and worked as a scientist, but I’ve also been a student of shamanism for twelve years. This alternative world view played a large role in Wolf Time. For most of the writing, I’d sit in my recliner, turn on an N. Carlos Nakai flute CD, close my eyes, and let the wolves dictate. I believe we all have an inherent connection to other species, but we need to accept this as real, and then take the time to listen to what they have to say.
MOJO: You have a background in science. You've worked as a park ranger in Yosemite, Sequoia, Kings Canyon, and Death Valley, been an environmental educator, wildland forest firefighter and you're a writer and committed conservationist. What is it about wolves? 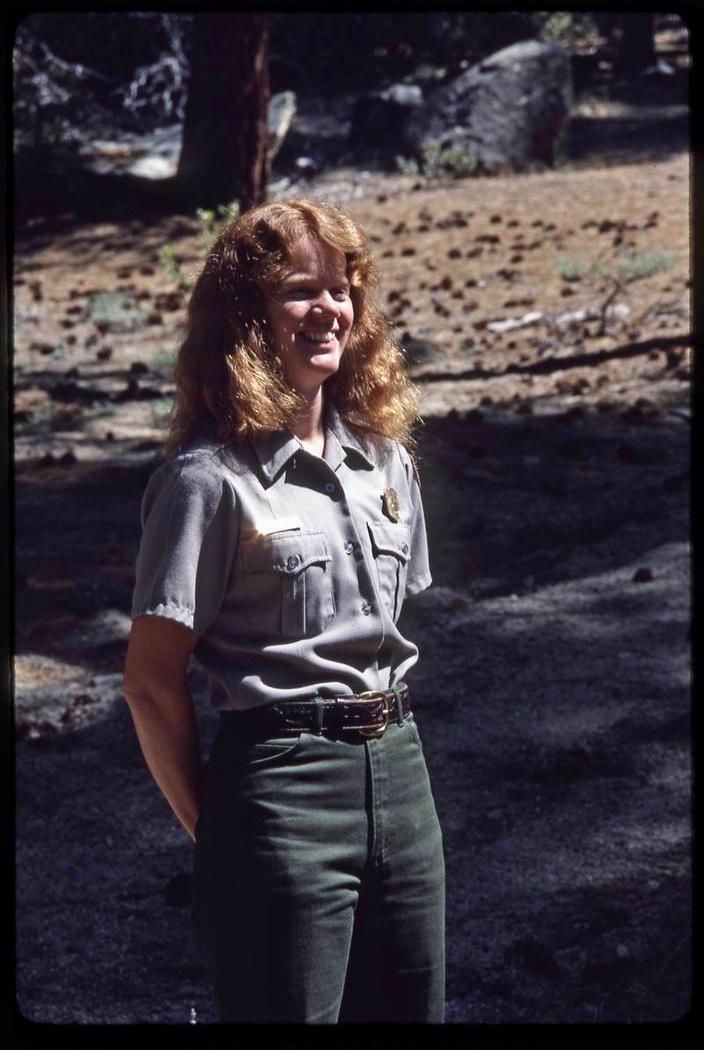 The author during her years as a professional Park Service ecologist educating people about the real natural history of wildlife. Photo courtesy Moritsch
MORITSCH: I did not plan to write a book about wolves; the wolves, in a sense, came to me in a series of encounters, as well as what some would call dreams, and told me they needed help to tell the story of their lives—their joys, their sorrows, and the persecution they’ve been subject to at the hands of humans. Apparently, though, the seed was planted a long time ago. Last month while sorting old paperwork, I came upon a letter of recommendation on my behalf I’d completely forgotten about. It was addressed to Dr. Rolf Peterson at Michigan Tech—apparently I was applying for a graduate program to study wolves in Isle Royale.
MOJO: Sometimes, it is said, that issues or subjects cannot easily be confronted head on because they cause people to automatically order themselves along factional lines. What do you hope to accomplish with Wolf Time?
MORITSCH: I wrote Wolf Time as a novel filled with facts to educate readers and dispel some of the myths around wolves. I hoped to reach a more diverse audience than would have chosen to read non-fiction, and to increase the number of wolf advocates out there in the world. All of the more-than-human species need our support, and the wolves have stepped up as emissaries.
MOJO: You live in Idaho where, as in Montana and Wyoming, there were forces at work in state legislatures that still resent wolf recovery—bringing back wolf populations from oblivion after they were exterminated. Why is it so hard to overcome cultural mythology?
MORITSCH: Relative to wolves, the outdated cultural myths stem, in part, from misguided religious teachings about human dominion over other species. Until we re-interpret the Bible, that mythos is likely to persist. Weakness in our education systems, which too often lack a grounding in ecological principles, also allows the myths to persist. And even if we revise western religion and education, if people have something to gain from the outdated myths, they will use them to their advantage. Those who fear a loss of revenue because of wolves, those who like the thrill associated with trophy hunting or “thrill killing,” and those who have need of a scapegoat—something to serve as a target for their unresolved anger and fear—will perpetuate those evil wolf myths forever. Wolves have been such targets for a very long time.
MOJO: Your main human protagonist is a woman wolf biologist named Sage McAllister. How much of Barbara Moritsch is present in the spirit of Sage?
MORITSCH: Quite a large helping, but I infused a bit of myself into Sage’s niece, Sunny, as well.
Increase our impact by sharing this story.

GET OUR FREE NEWSLETTER
Never Miss A Big Story!