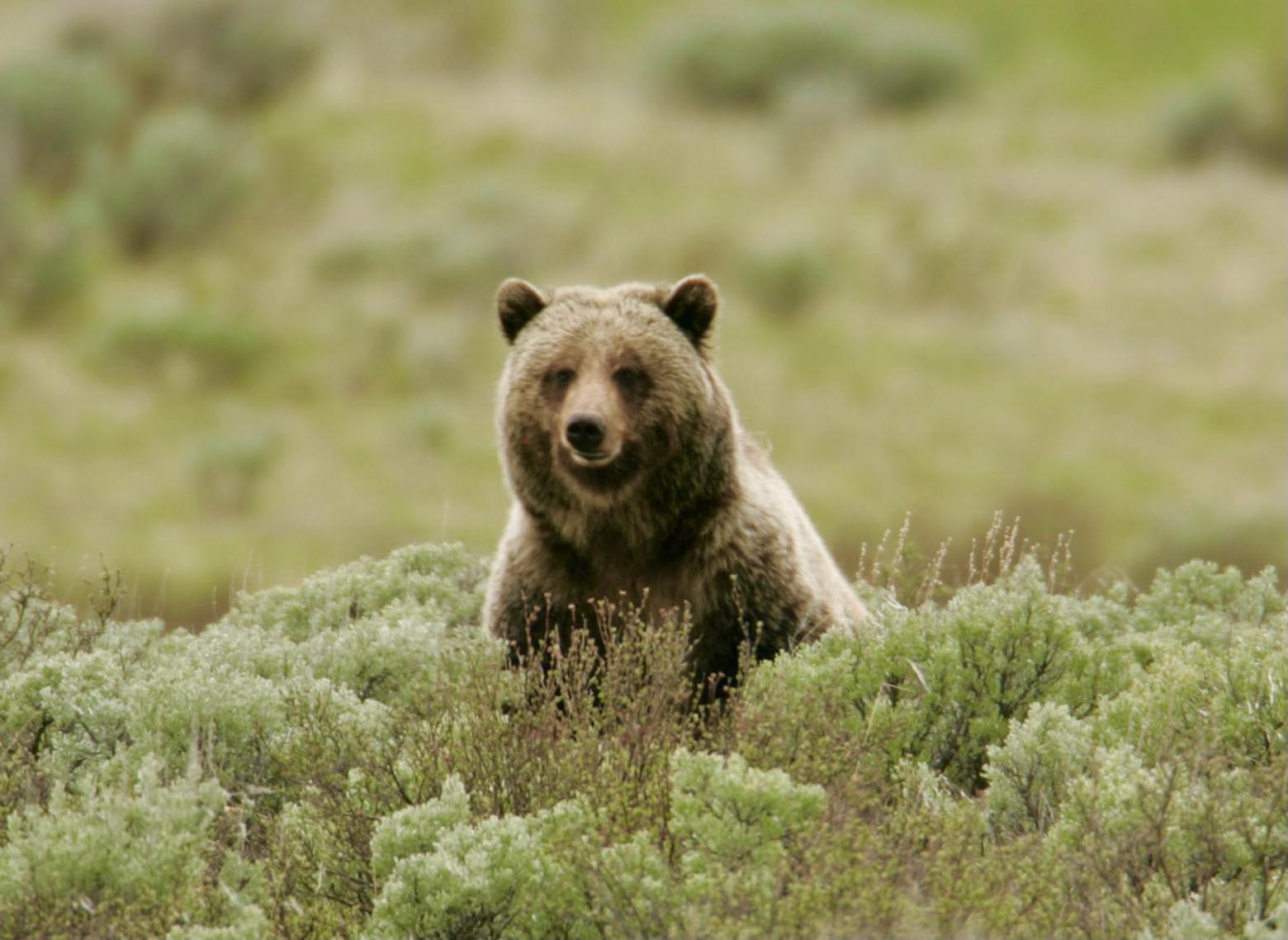 People and bears, microbes, birds, ancient forests and all living things share the same distinct biological mosaic present on Earth and nowhere else—so far as we know. Photo of Yellowstone grizzly on Swan Lake Flats courtesy Jim Peaco/NPS
A Book Review by Broughton Coburn
Four Fifths a Grizzly:
A New Perspective on Nature that Just Might Save Us All
by Douglas Chadwick
(Patagonia Books, 2021)

As an aspiring naturalist (never mind my age of 69), it’s exhilarating to be reminded just how much everything in nature is so damn, gobsmackingly connected. This web of relatedness is so complex that scientists are beginning to question the accuracy of defining an individual or species as distinct from the multitude of others that reside within it and around it.
Four Fifths a Grizzly  by the Spokane-born, northern Montana-residing Douglas Chadwick guides us masterfully through this bio-ecological-genomic terrain. Chock full of the kind of science I wish I’d learned in school, the author observes the Earth alternately through microscopic, telescopic, and philosophically reflective lenses. Chadwick has been a field scientist and his writing about nature for National Geographic, other magazines and as a book author has delighted readers across America
His  first long taste of freedom in nature came while studying mountain goats in Glacier National Park. Pondering what it takes to survive among those peaks, he writes, “The longer I stayed there watching [mountain goats] and their neighbors—dusky grouse, elk, wolverines, hoary marmots, nighthawks, cutthroat trout, and grizzly bears—the more I came to see how each species’ physical traits and behaviors combined to form the right answer for that question.”
Bears especially are loaded with questions. 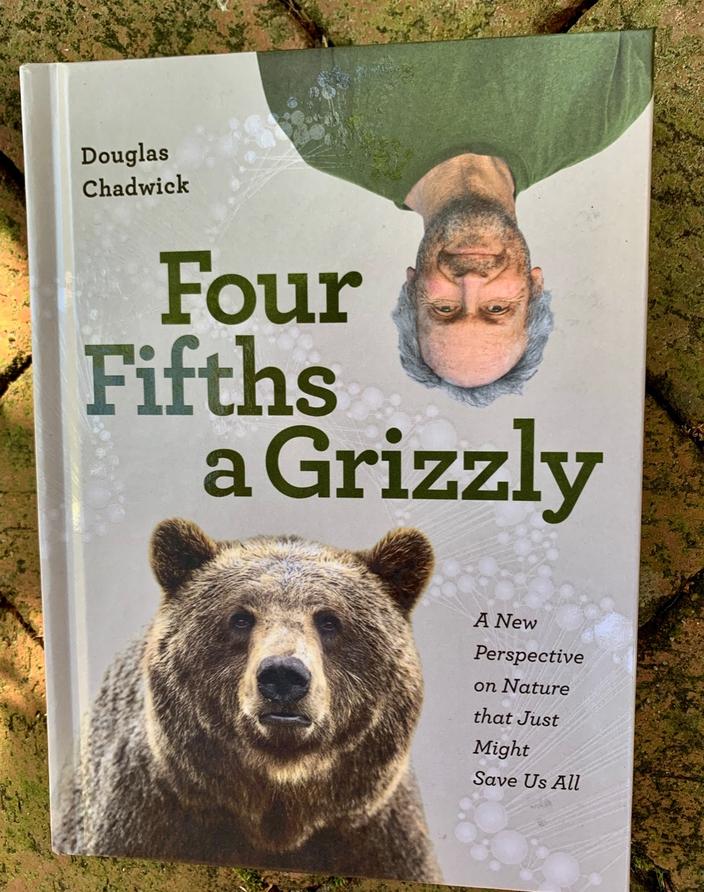 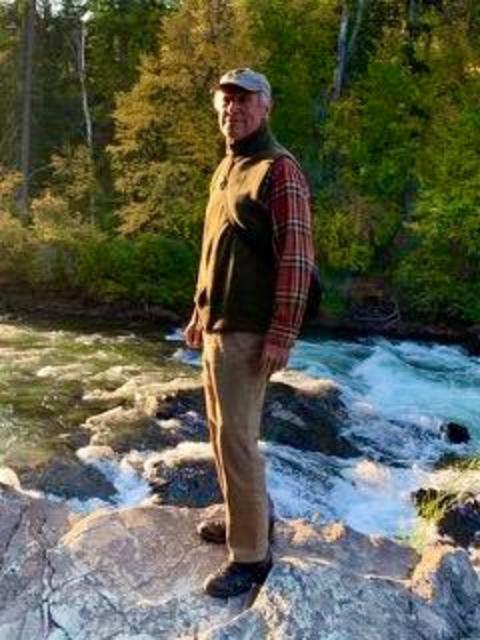 Chadwick in one of his wild elements. Photo courtesy Barry Scheiber
There is hope. As we know from the study of island biogeography, remote islands are unique ecological time capsules, but are vulnerable to invasives and to introduced predators having their way with unwary prey. The 465,000-or-so oceanic islands comprise less than 6 percent of Earth’s total land area, yet are the locus of more than 60 percent of the known extinctions of the past 500 years. A selection of hands-on projects that Chadwick profiles, however, have restored islands to something resembling their pre-industrial (or pre-predator/invasive) state. One outfit, Island Conservation, has worked with partners to restore about 1,200 populations of 490 species and subspecies worldwide. Simple, practical, and inspiring.
In the chapter on animal intelligence, “Crowboarding” (yes, if you’re guessing), the author avoids drifting too far into sociology, but “can’t help but notice a strengthening of the movement to treat fellow creatures more humanely. Though hardly new, the trend appears to be expanding in parallel with the coverage given animals in both popular media and social media.”
The author brings us back to the Rockies through the Yellowstone to Yukon Initiative (Y2Y), the subject of an earlier book of his. Spanning 2,000 miles of the continent’s backbone, it is one of the most successfully conserved, largely-contiguous mountain ecosystems in the world, even though its collaborative efforts are still in the beginning stages.
“Can humans and wildlife truly prosper together over time?” he asks. “Of course they could. The underlying issue has always been whether people with different backgrounds and interests can work well enough with one another to make a better level of coexistence with nature possible. In a way, Y2Y is an experiment to find out how much better that level could be.”
Note to educators: This title works as a well-cited, readable companion to a high school biology textbook. (The photos alone make this volume a treasure.) It reaches from microbiology to astronomy—from Archaea and the building blocks of biology, to suggesting that Earthly life may have been seeded by extra-terrestrial microbes (panspermia). As a homework assignment, were I younger, Four-Fifths would have been an enjoyable complement to the chore of parsing mitosis and meiosis. I just might have become the informed naturalist that the planet needs more of.
That’s the best sort of science education: being escorted on a mesmerizing personal journey into the greater ecosphere—which includes us—and coming out the other side with an unshakable sense of wonder at the planet. Perhaps we can all be guided by this book’s adapted golden rule: Do unto ecosystems as you would have them do unto you. “Nurture, sustain health, allow to flourish.”
EDITOR'S NOTE: Make sure you never miss a MoJo story by signing up for our free weekly newsletter. Click here: https://bit.ly/3cYVBtK 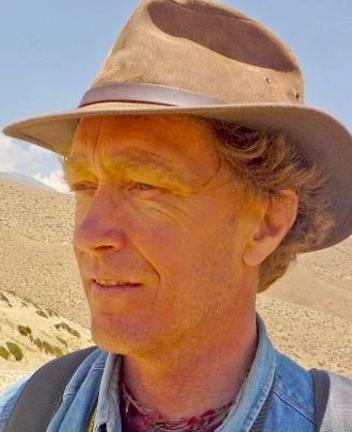 Broughton Coburn lives in Wilson, Wyoming, and has worked in conservation in Nepal and Tibet for two of the past five decades.  He has written or edited nine books, including two national bestsellers.