There Must Be A Reckoning In Confronting The Fact-Challenged Fringes

Op-ed: Wyoming groups say transparency, accountability essential not only for healthy society but for all that matters in Equality State and American West 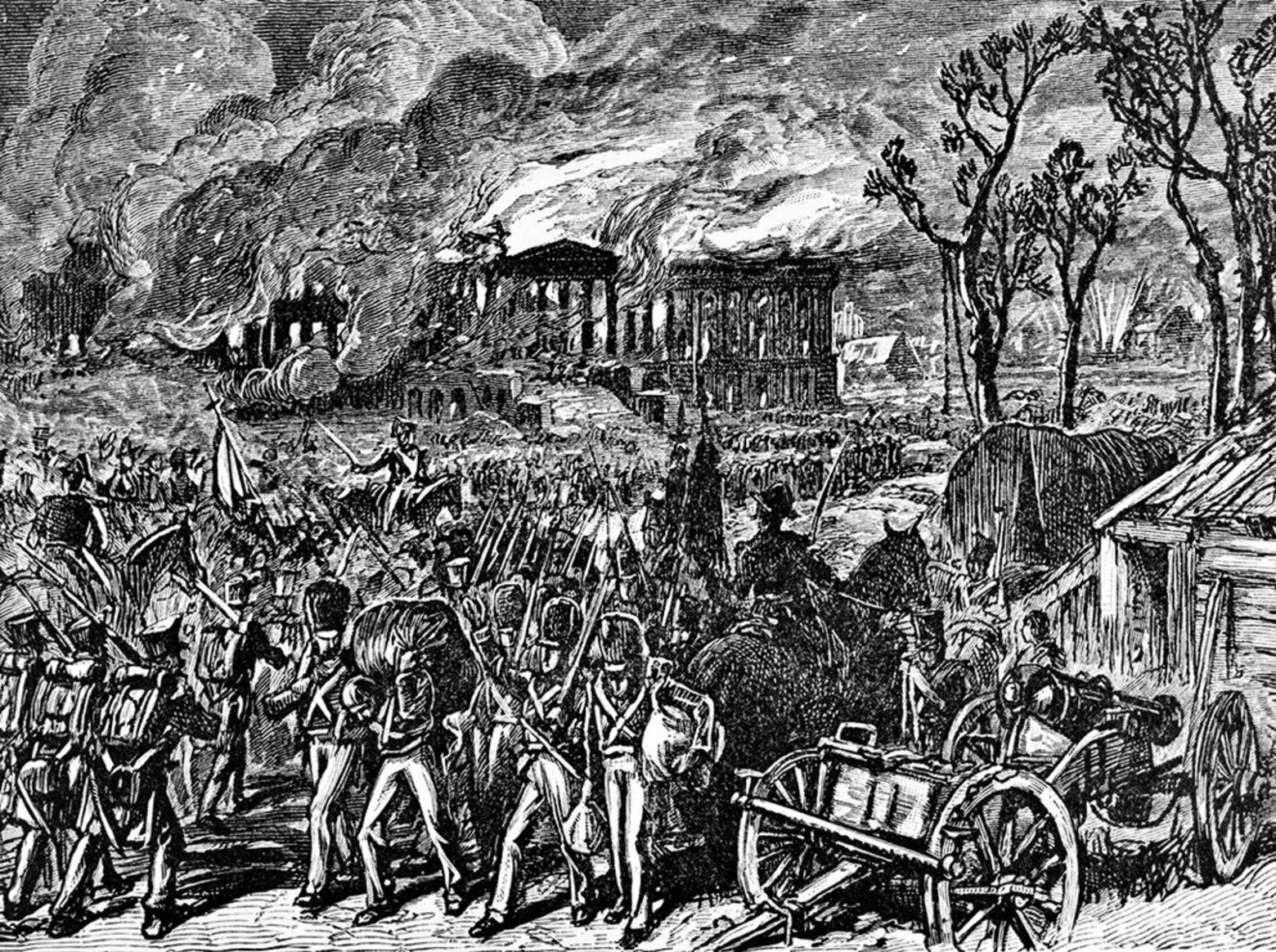 The capture and burning of Washington by the British, 1814, an etching courtesy Library of Congress (https://lccn.loc.gov/96519729)
EDITOR'S NOTE: January 18, 2021 is Martin Luther King Jr. Day, a national holiday. The following opinion piece was penned by more than a dozen groups located across Wyoming as a reflection on what happened at the US Capitol Jan. 6 and written in support of those who stand up for the democratic principles of the nation, regardless of party.

We Cannot Be Silent About Things That Matter
Our View From Wyoming, "The Equality State"
In early January, horrified Americans watched as a violent assault was staged in our nation’s capital, putting the lives of our elected leaders and other public servants in danger, and disrupting a constitutionally mandated meeting of Congress to advance the peaceful transfer of presidential power.
Here in Wyoming, we watched the shocking footage and share in the sentiment of former Sen. Hank Coe (R), who told the Cody Enterprise: “It was absolutely the most disgusting, heartbreaking production I’ve ever seen in my life. It did its best to destroy the American values.”
We are asking our state and national elected leaders to demand full accountability for those who incited, abetted, and participated in the attack. There cannot be healing without accountability. And we cannot ignore the truth: The insurrection was the direct result of an ongoing campaign of lies and deliberate misinformation coming primarily from the President of the United States.
As Wyoming Rep. Liz Cheney (R) put it: “We just had a violent mob assault the Capitol in an attempt to prevent [Congress] from carrying out our Constitutional duty. There is no question that the President formed the mob, the President incited the mob, the President addressed the mob. He lit the flame.”
We are grateful to Congresswoman Cheney. She was one of a terrifyingly small number of leaders in the president’s party who—prior to the attack on the Capitol—had the courage to stand up to him, to stand up to the threats and bullying, and speak up for the U.S. Constitution and core American values about democracy. She warned, prior to the violence, that the president’s lies, toxic rhetoric, and attempts to thwart the will of the people were not only wrong but dangerous to the future of our republic.
We need a national reckoning. Not only with this violent insurrection but with what led to it. We have yet to fully grapple with the anti-democratic, pro-authoritarian political movements that have gone from the fringes to the mainstream in this country. And we have yet to honestly address the role of white supremacists and racist ideologues that have long been promoting the kind of violent insurrection and domestic terrorism we’re witnessing today.
The facts are that over 60 court cases and multiple state-level recounts have uncovered no meaningful “fraud” and no so-called “irregularities” that would have even come close to changing the results of any presidential, legislative, or other election. In a country governed by the rule of law, respecting the role of the courts and the authority of states to administer and certify their elections is not optional. It is the foundation of American democracy.
If we fail as political leaders and as a people to coalesce around the truth, we will continue to allow the lies and disinformation to fracture and polarize our society. If our democracy is to survive and prosper, we will require courageous, patriotic leaders who will stand up for our system of elections and who will not lie to us about the integrity of American voters and the legitimacy of election results.
We, the people are responsible for the durability of our democracy. We must rise to this occasion and find the courage to speak out against those who, in the interest of power, embrace conspiracy theories, white supremacy, lies, and violence. As former US. Secretary of State Madeline Albright said: “While democracy in the long run is the most stable form of government, in the short run, it is the most fragile.”

“While democracy in the long run is the most stable form of government, in the short run, it is the most fragile.” —Former US Secretary of State Madeline Albright

And as the late Rep. John Lewis wrote: “The truth is a powerful force. It is the foundation of all things. The truth is so all-consuming that it cannot be denied. You cannot erase the truth. You cannot tarnish the truth. You cannot whitewash the truth. It is bigger than the sum of us all, and whole, even in its parts.”
Together, we stand for the truth. We expect all our elected officials to do the same.
Wyoming State Legislative Board
Brotherhood of Locomotive Engineers and Trainmen
Wyoming Public Employees Association Wyoming
Outdoor Council Wyoming
Interfaith Network
Wyoming Education Association
Wyoming Equality Wyoming
Coalition for a Healthy Retirement
Wind River Native Advocacy Center
SMART Transportation Union
Sierra Club Wyoming Chapter
Matthew Shepard Foundation
Jackson Hole Conservation Alliance
International Union of Operating Engineers Local 800
Equality State Policy Center
Increase our impact by sharing this story.

GET OUR FREE NEWSLETTER
Never Miss A Big Story!