Why the Great American Outdoors Act Is A Big Deal

In this op-ed, Stephanie Adams of the National Parks Conservation Association explains what passage of the bill does for public lands 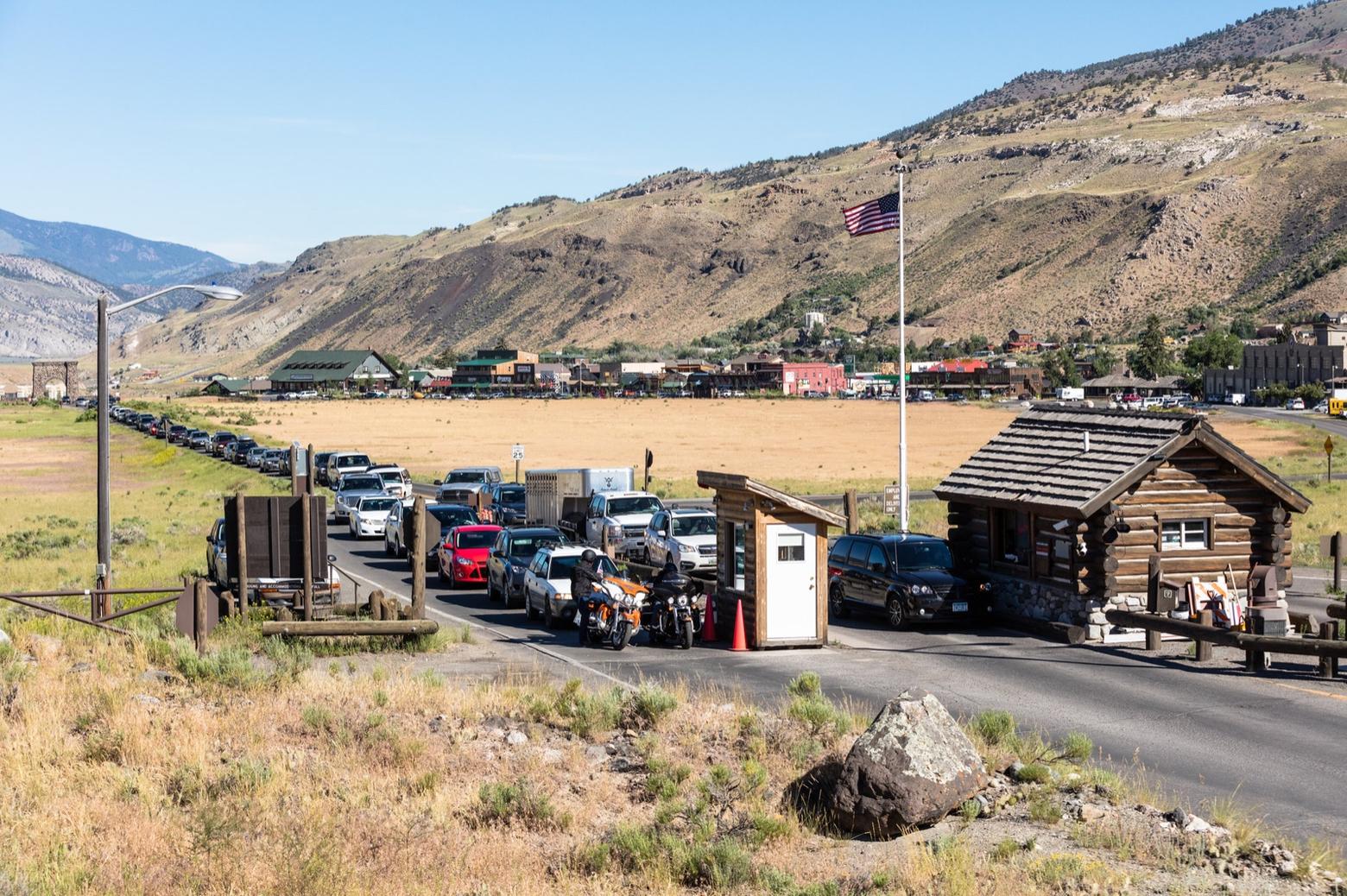 Crowds are returning to Yellowstone, reminding of summers' past when record-breaking visitation and deferred maintenance was putting a huge strain on instructure in national parks like Yellowstone. This photograph was taken by Jacob W. Frank/NPS at Yellowstone's main north entrance located in Gardiner, Montana.
From Yellowstone and Glacier to the Big Hole Battlefield and Grant Kohrs Ranch, the national parks that provide once in a lifetime experiences for visitors and are part of our Montana heritage deserve to be maintained for generations to come.
The Great American Outdoors Act would provide that needed support, is near the finish line after recently passing the Senate and is expected to be taken up by the House this month.
The bill would provide funding to repair aging infrastructure in America’s more than 400 national park sites, dedicating up to $6.5 billion to park infrastructure repairs over five years and $3 billion to repairs on other public lands. This would address the highest priority repair needs at parks across the country and would generate more than 100,000 infrastructure-related jobs.
Additionally, the bill would dedicate $900 million per year to the Land and Water Conservation Fund (LWCF) to protect land in our national parks and other public lands from development, support the needs of wildlife, sustain working landscapes and rural economies; and increase access to recreation for all.

The bill would dedicate $900 million per year to the Land and Water Conservation Fund (LWCF) to protect land in our national parks and other public lands from development, support the needs of wildlife, sustain working landscapes and rural economies; and increase access to recreation for all.

The pathway to progress within Montana has long been paved by members on both sides of the political aisle, including Senators Max Baucus and Conrad Burns. Today, thanks to the leadership of our Congressional park champions, including Senators Tester and Daines, we are now closer than ever before to making long-lasting positive impact for our parks and ensuring continued access to public lands.

For far too long, the National Park Service has operated on a shoestring budget and in recent years dealt with decreases in staffing on top of record-setting visitation. At the same time, the Park System’s maintenance backlog has steadily increased to an all-time high of more than $12 billion in needed repairs to crumbling roads, trails, staff housing, restrooms, visitor centers and other infrastructure. 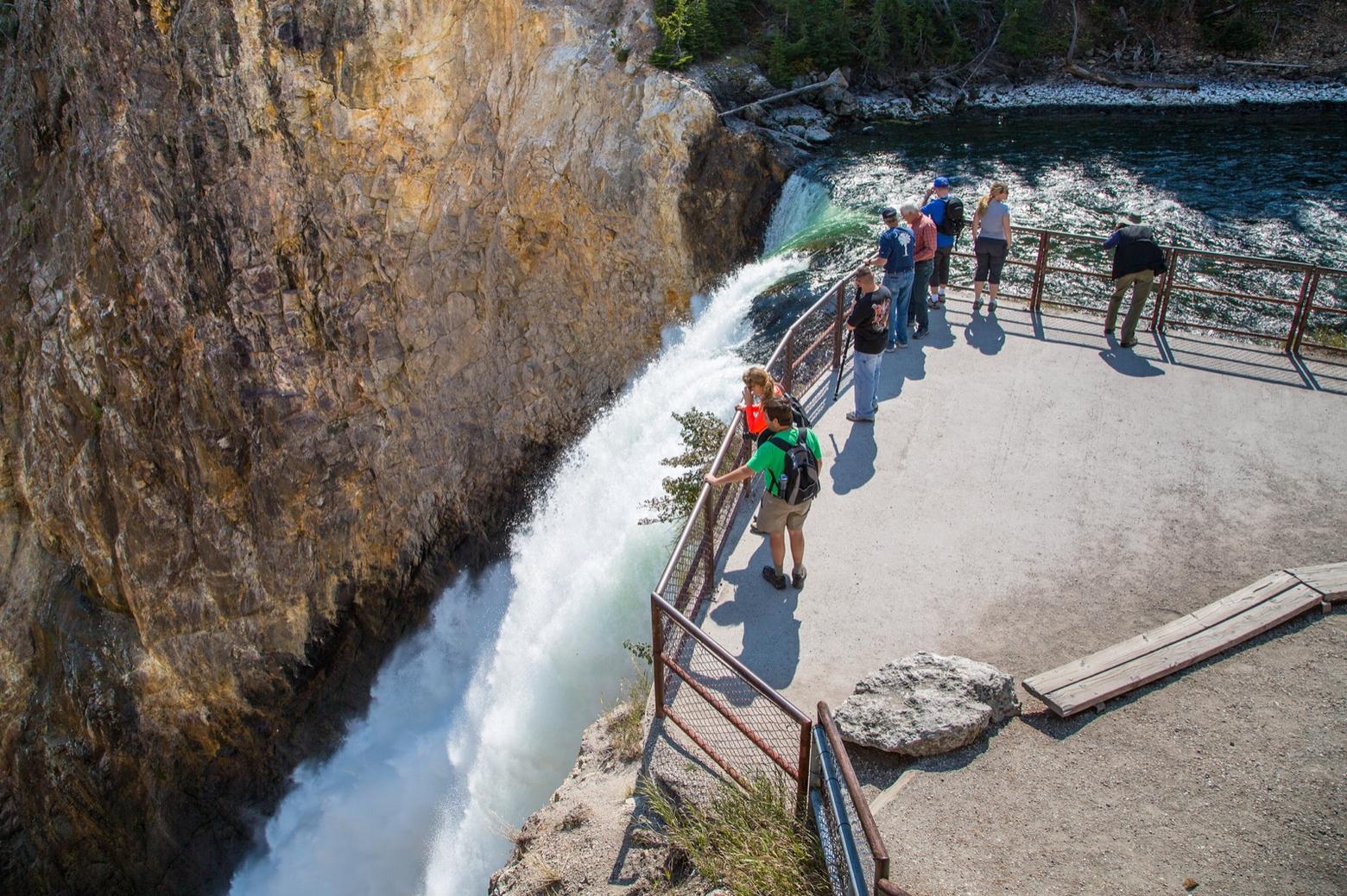 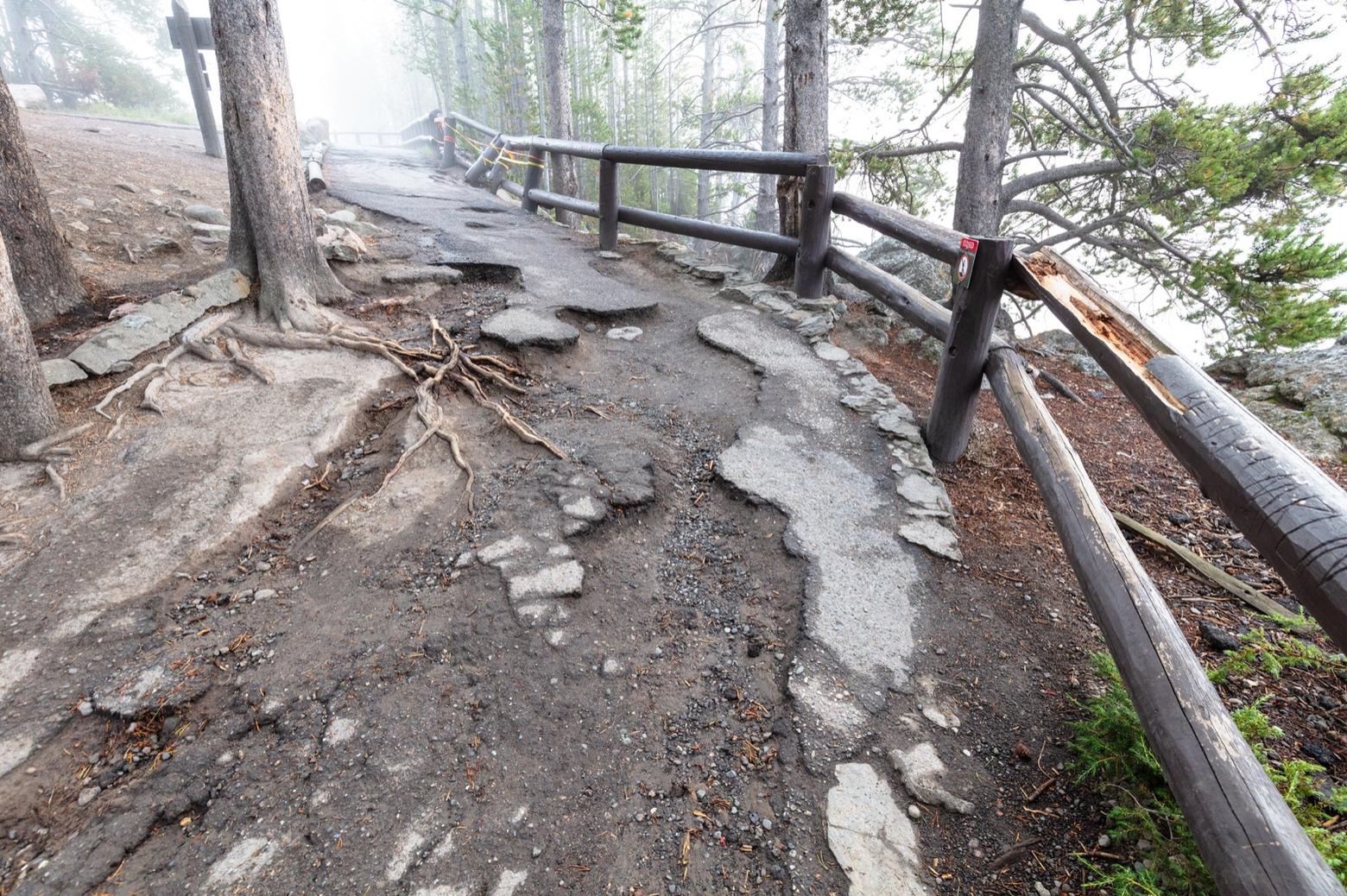 Top: The overlook at the brink of the Lower Falls in the Grand Canyon of the Yellowstone is a popular destination. (Photo by Neal Herbert/NPS). The trail leading there has became a cassualty of heavy use, deferred maintenance and harsh climate conditions. Its repair became a priority of park infrasture projects. Photo courtesy Jacob W. Frank/NPS
In Montana alone, national parks are facing more than $187 million in needed repairs to vital park infrastructure from Yellowstone and Glacier and Bighorn Canyon National Recreation Area.  Grand Teton National Park, another important crown jewel of Greater Yellowstone's public lands, is also a beneficiary.
Sadly, critical repairs in parks across the country have been put on the backburner for decades, and now our parks are reaching a breaking point. While rangers and other park staff do their best to duct tape park infrastructure together, it’s ultimately up to Congress to make funding our parks and open spaces a priority.

The bill’s support for the economy goes well beyond the infrastructure-related jobs and those they support.  Repairing our parks sustains and improves the experience of visitors who spend $21 billion annually in gateway towns like Gardiner and West Yellowstone. Further, a just-released economic analysis shows that every $1 million invested in LWCF could support between 16.8 and 30.8 jobs.

In Yellowstone, Superintendent Cam Sholly has outlined improving housing for those who protect the resources of Yellowstone and ensure visitors have a transformational experience as part of the park’s strategic priorities. Due to decades of underfunding many staff live in dilapidated trailers. Funding from the Great American Outdoors Act offers the opportunity to address long overdue repairs such as these

At the same time park infrastructure is deteriorating, our public lands are being threatened by incompatible development projects that would be addressed through the bill’s funding for LWCF.
Here in Montana, LWCF has served to protect key habitat adjacent to Glacier National Park and could help to protect other treasured public lands in the state, as well as support local trails and recreational facilities.
As our country continues to deal with and recover from an ongoing health pandemic, our parks and gateway communities are suffering through hard times, This bill offers economic support to these and other communities that would benefit from the bill’s direct jobs and indirect jobs when construction workers, food vendors and others invest their paychecks. 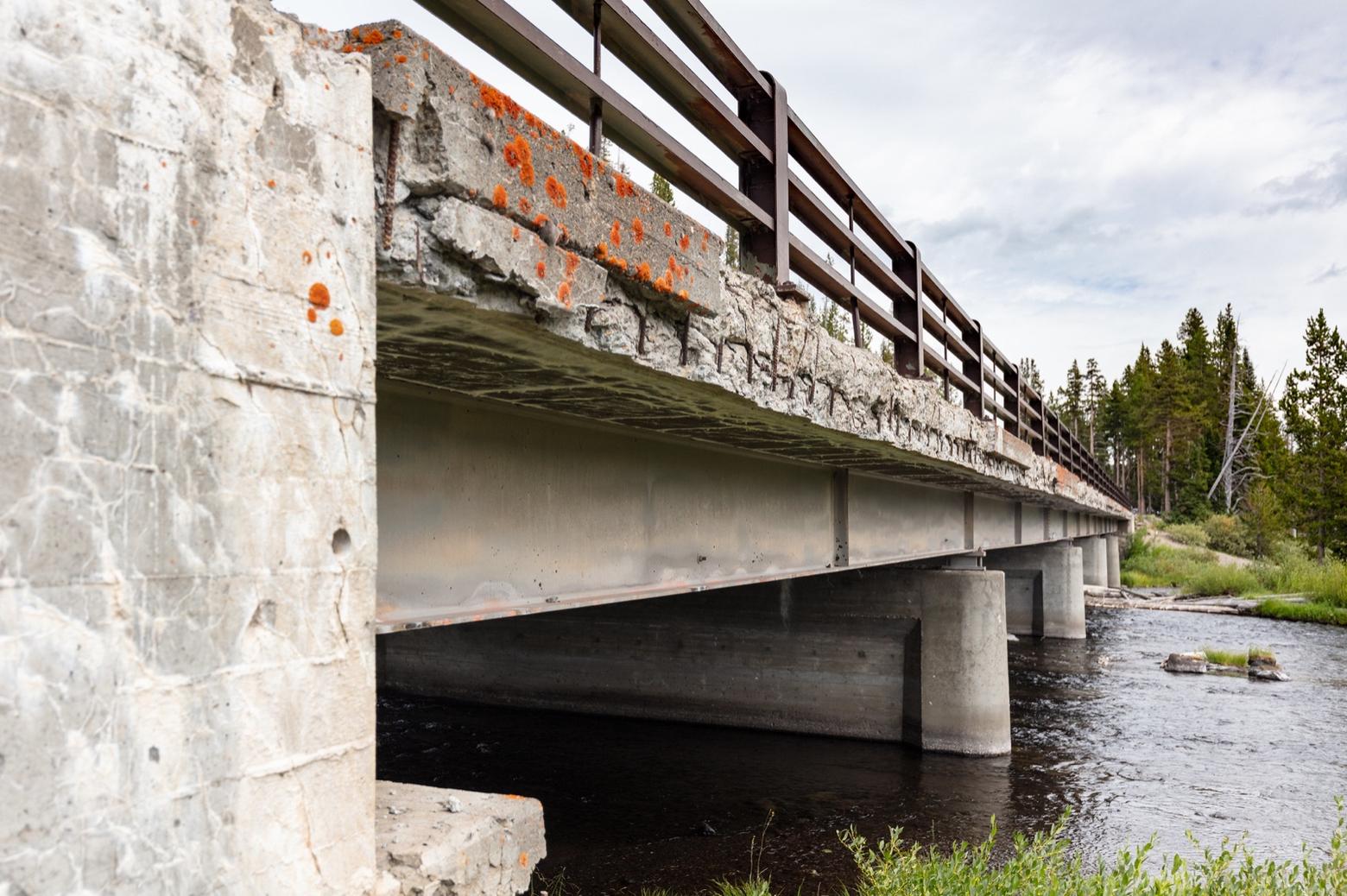 The Lewis River Bridge in the southern part of Yellowstone shows the need for repair after years of inadequate funding preventing park managers from having the resources they neede to address infrasture needs. The Great American Outdoor Act provides a mechanism for helping national parks coast to coast. Photo courtesy Jacob W. Frank/NPS
Our national parks are powerful places that unite and inspire us. Even during divisive political times, our parks and public lands bring people from across the nation and across the aisle together. Providing long term funding to conserve our parks, public lands and open spaces today will allow our children and grandchildren to benefit from these investments for years to come. It is now up to US Rep. Greg Gianforte and other members of the House of Representatives to work together to take this critical legislation over the finish line and protect America’s legacy. 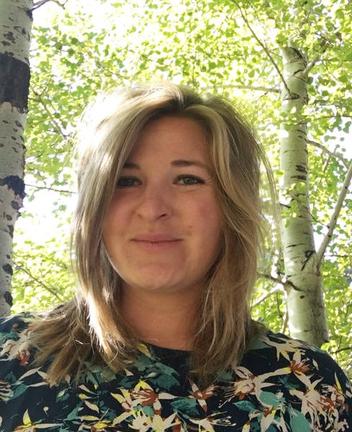 Stephanie Adams works for the National Parks Conservation Association's associate director for the Rocky Mountain region. She joined NPCAin the summer of 2013 as the Yellowstone Wildlife Fellow and one of her prime focal areas today is on Yellowstone and its gateway communities.   is now the Yellowstone Program Manager in the Northern Rockies region. Adams has an undergraduate degree in sociology and psychology from St. Lawrence University and a Masters of Public Administration from Montana State University. When not out searching for wildlife, she says she enjoys the wide variety of adventures that living in Montana provides.