Westerners aren't singing like Caruso from their balconies; they're greeting each other like a pack of fellow lonesome lobos 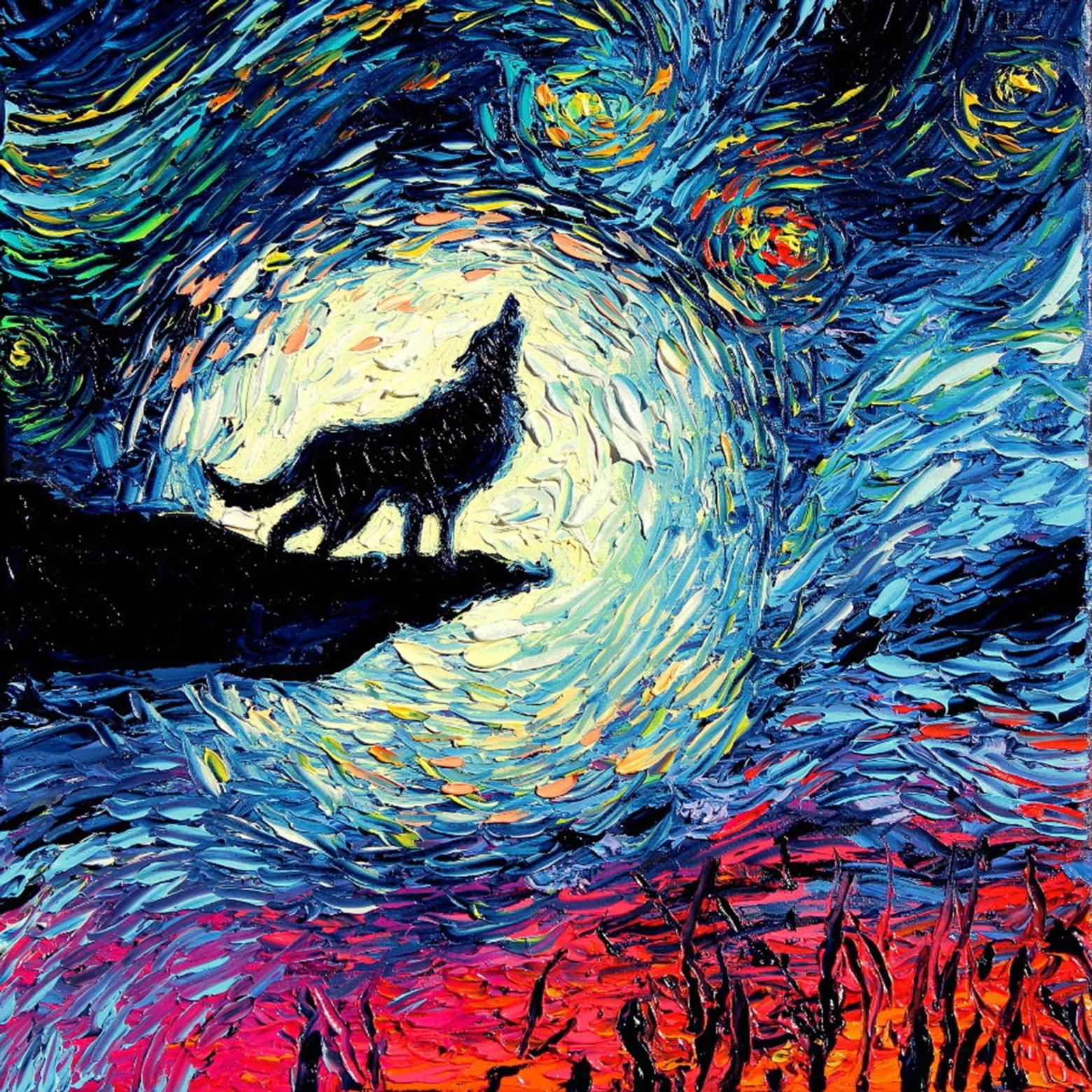 "Van Gogh Never Howled At The Moon," a painting by Aja. (check out more of Aja's work at www.sagittariusgallery.com)
The other day an announcement circulated via social media—it went viral—inviting people to light a candle or luminaria on April 1 to show appreciation for first responders and public health care workers on the front lines of the Covid-19 pandemic. One person responded that people ought to best be careful with how they deploy the flame, for fear of burning down a house or starting a wildfire.
But in Montana, Wyoming and now as part of a "national movement" spreading to towns large and small, especially in the West, people have started to cathartically howl at dusk (no, we are not making this up).  The first "howl in solidarity" was held in late March in Mill Valley, California.
As an American answer to the stir-crazy Italians singing to each other from their balconies, shuttered-in citizens are engaging in group howls to honor doctors, nurses and EMTs in their community, and  to make sonic contact with others in their pack—albeit from at least six feet away.
To get a sense of how it is playing out, Amy Crider created a Facebook page called Howl for Missoula and she told Mountain Journal she was inspired by other grassroots howling occurring in places ranging from Sun Valley/Ketchum, Idaho to outside hospitals in New York City.
"Oh gosh, it's growing," she said. "It started out here on Tuesday with a couple hundred people spread across town. I heard from a few folks who said they howled in their neighborhood the first night and they felt like an idiot doing it all alone. Then the second night arrived and everyone started to howl, and by Thursday there were over 6,000 people signed up on the Missoula howl Facebook page."
The howling commences at around 8 pm every night.
Crider, who has lived in Missoula for 20 years, is a stay-at-home mom and retired hair dresser with two kids. She is immunocompromised with diabetes and needs to be isolated. Her husband is still working.
"I hate to say this is fun because these times aren't fun; they're stressful. But it's become something everyone looks forward to, and kids are saying they can't wait until they can do it tomorrow," she said. "We're all growing crazy, bunkered down, I figured howling would take off because we've got a great community. It is for the health care workers but it also for neighbors who are really struggling. Howling reminds them they aren't alone."
Releasing pent-up feelings is good for our mental health, she adds. Best of all, there's nothing dangerous about it and early reports are that even family pets seem to enjoy it. Catharsis, by the way, comes from the Greek Katharsis meaning "purification" and "cleansing" of emotions. While in old horror movies the sound of a wolf howl meant trouble, it now signals belonging.
In the still-wild West, it's also an opportunity to express your gratitude for nature, our civil servants working for federal and state government agencies and our unparalleled collection of public lands that will be there waiting for us when this all ends. If a spontaneous eruption of howling happens in your community, please share any short cell phone video you have at Mountain Journal's Greater Yellowstone Forum FB page. We would especially be interested in hearing the vocalizations of young howlers.

As You Practice, The Real Call Of The Wild 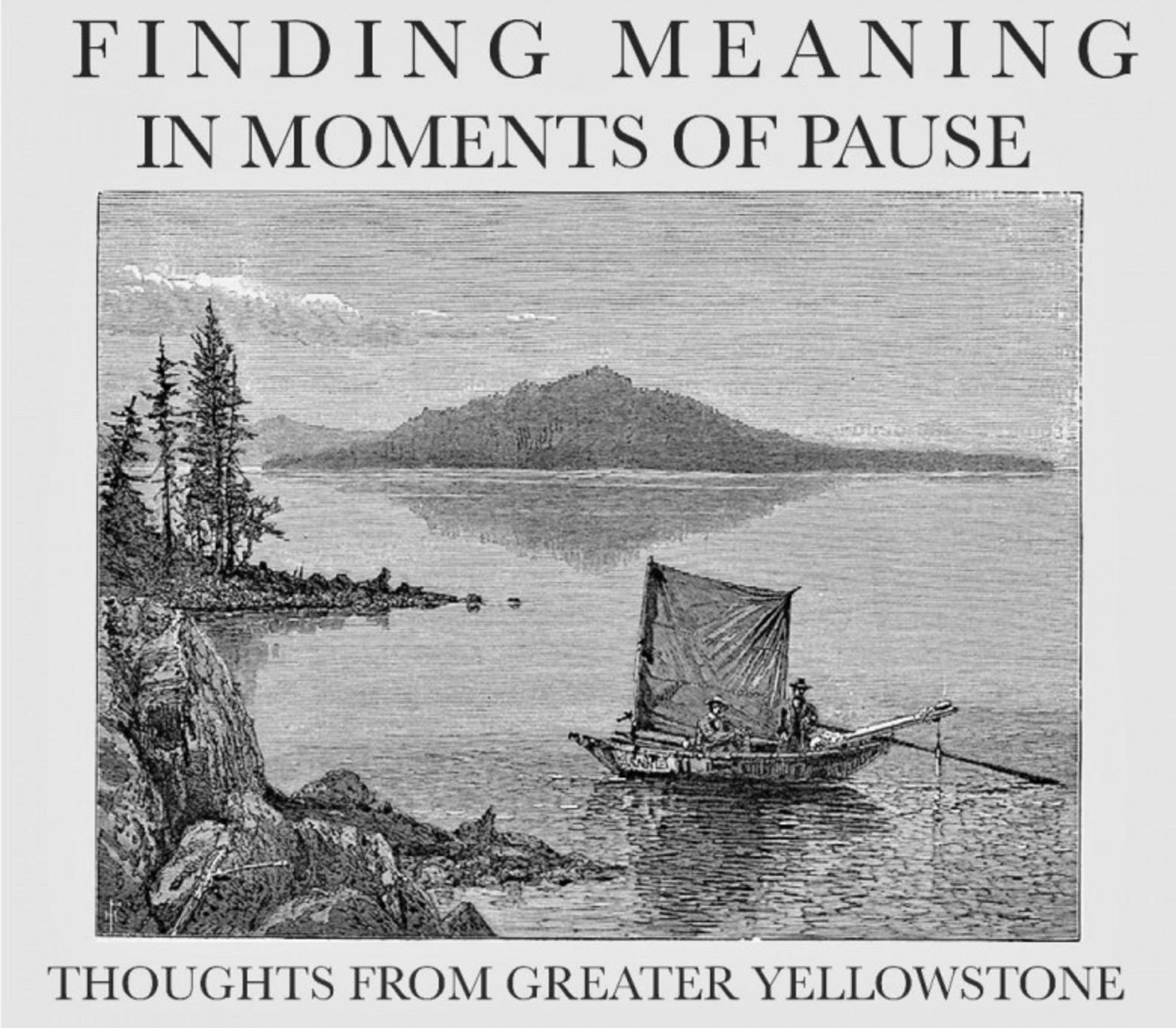