The Fine Artist Who Brakes For Rattlesnakes And Mountain Lions

Stone carver Steve Kestrel, one of the premiere wildlife artists in America, talks respect for all species and meeting Georgia O'Keeffe 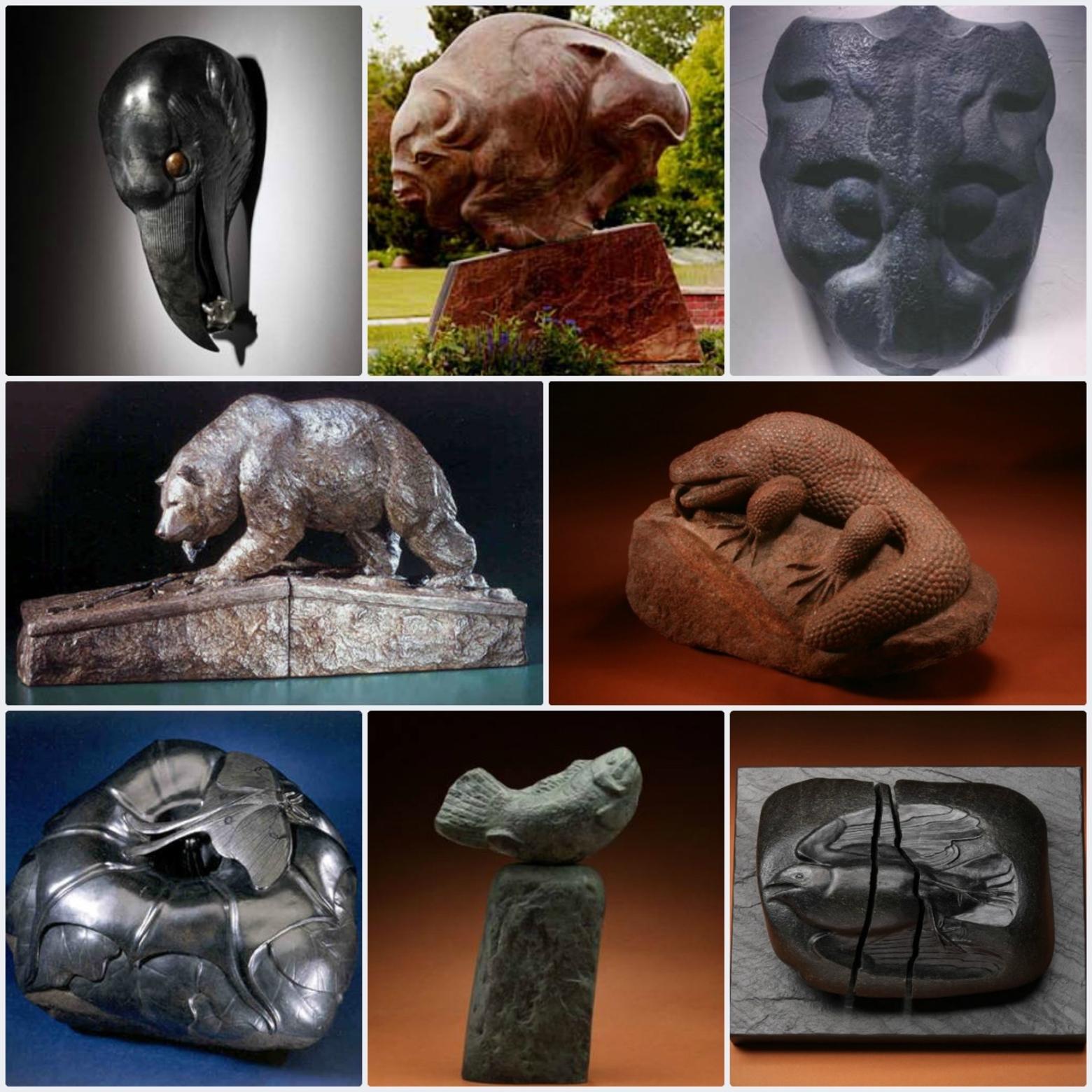 Steve Kestrel is, by his origins, a New Mexico rancher's son, a kind of renaissance man for the number of dextrous skills he possesses including being a very talented furniture builder, handyman engineer, and finish carpenter.
He is also considered one of the foremost wildlife stone carvers and sculptors in the world, having won the coveted Prix de West Purchase Award juried annually by the National Cowboy & Western Heritage Museum in Oklahoma City. It is counted among the premiere honors in American "Western art."
Along with his artistic distinction, particularly in mastering the direct-carving method, Kestrel is unwavering in his support for wildlife conservation.  Disturbed by the plight of the natural world, watching the West of his youth becoming ever more fragmented by human activity, Kestrel courageously has explored environmental themes in his work. And, it should be noted, he has won widespread critical praise.
Where some artists are too afraid to tackle serious conservation questions, for fear of alienating collectors, Kestrel has demonstrated the same kind of pluck that resulted in major artistic movements pushing forward, carried by those willing to challenge the status quo. Kestrel's pieces reside today in major public and private collections. Silent Messenger, his masterpiece, can be viewed at the National Museum of Wildlife Art in Jackson Hole.
Meantime, in this short Mountain Journal/oolite Media video collaboration, Kestrel talks about living with rattlesnakes and carnivores such as mountain lions, bears and coyotes, the inspiration behind a work that explores the dangers of fracking, his award-winning Prix de West piece, Desert Timeline, and a colorful encounter he had with Georgia O'Keeffe. Were O'Keeffe's flower paintings really filled with sexual connotations?  Kestrel got an answer. Enjoy the video, below, and have a glimpse at Kestrel's imagery above.
Video produced by Daniel Smith of ooLite Media (oolitemedia.com) and Mountain Journal