Paean For A Yellowstone Elder

After an old grizzly has a final tussle with a rival just outside Yellowstone, George Bumann offers a few worlds in tribute 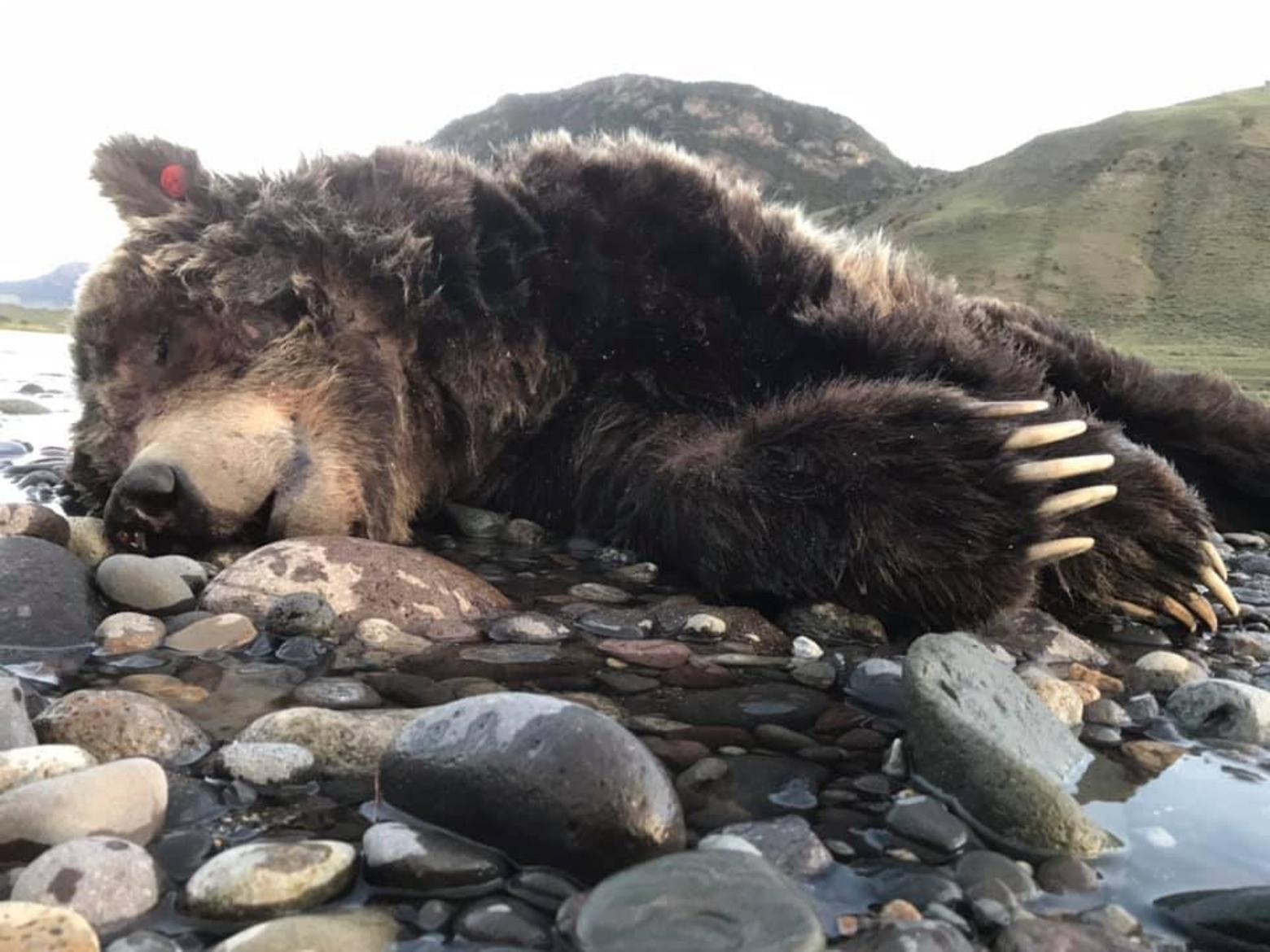 Photo courtesy George Bumann
EDITOR'S NOTE: Mountain Journal friend George Bumann is a naturalist and wildlife artist who lives with his family in Gardiner, Montana, the oldest gateway community to Yellowstone National Park. He is constantly trying to gather reference material to inform his fine art sculpture which he sells at his gallery.
In early June, Bumann became aware that a bruin with a research tag in his ear, Grizzly 394, had perished along the banks of the Yellowstone River, outside of the national park just north of town. He shared the following note and photos which we are sharing them with his permission.
It's tough for any animal to reach old age, even tougher if you are a bear, wolf or mountain lion, who makes your living with only your wits, teeth and claws—especially teeth worn down or missing. Life can be especially perilous if you are vying for territory against younger others. No doubt this old timer roamed terrain inside and outside the park, paying no heed to invisible lines drawn on maps.
The day after Bumann took the pictures, a representative of the Montana Fish Wildlife and Parks Department arrived on the scene and removed the grizzly.
Survival of the fittest and luckiest is no trite cliche. In less than words and and accompanying his imagery, less is more. You can let your imagination fill in the rest.

by George Bumann
Wow... wow... wow. This just happened—the chance to see and put ones hands on a recently-deceased grizzly bear is an extraordinarily rare opportunity. We had to boat down to an island in the Yellowstone River where this elder bruin came to rest in order to examine what turned out to be a 25-year-old male grizzly. He seems to have sustained fatal injuries in a fight with another bear.   At his great age, he was past his prime and most likely had a run-in with a younger, stronger bear.  RIP old fellow. 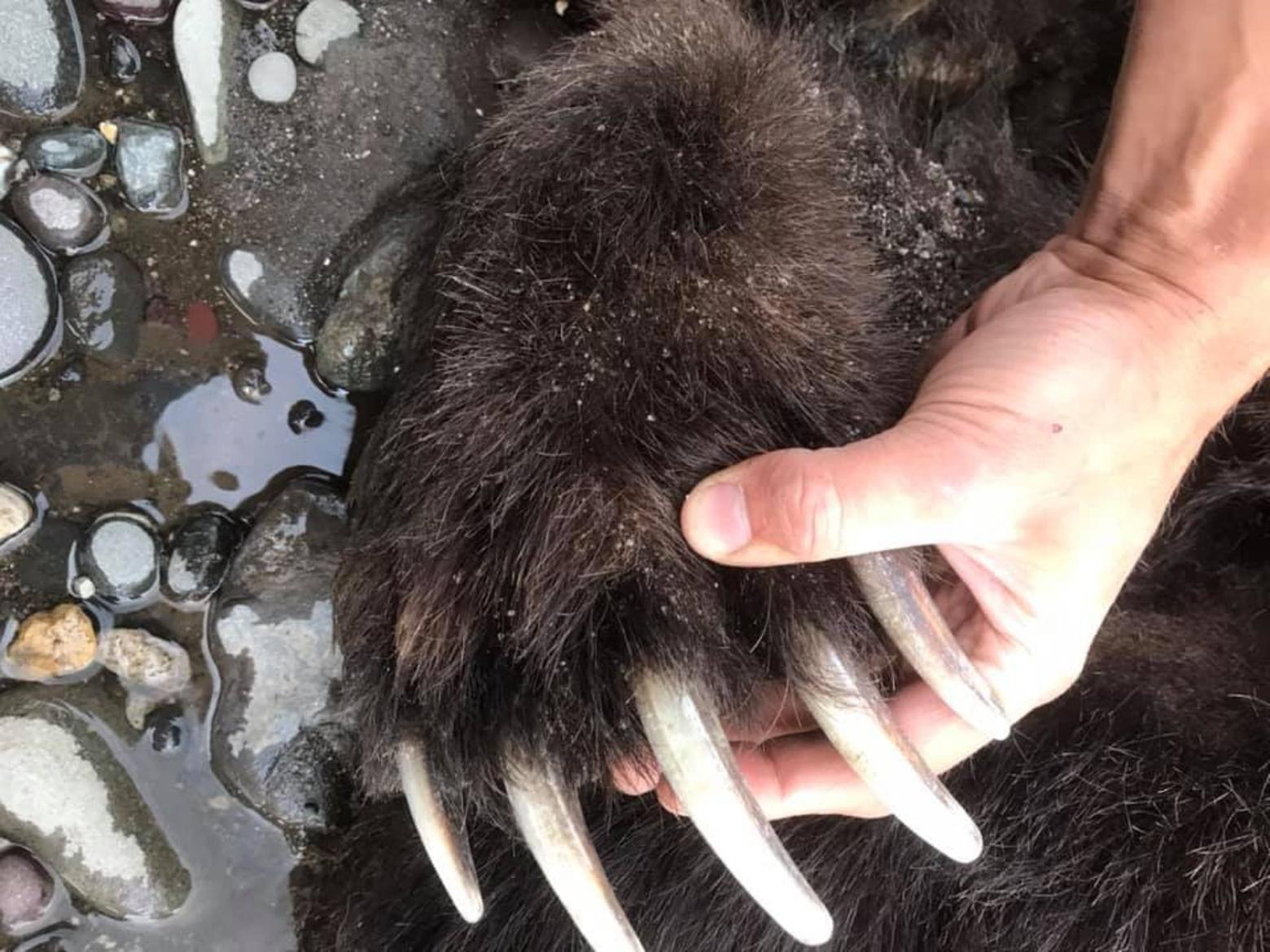 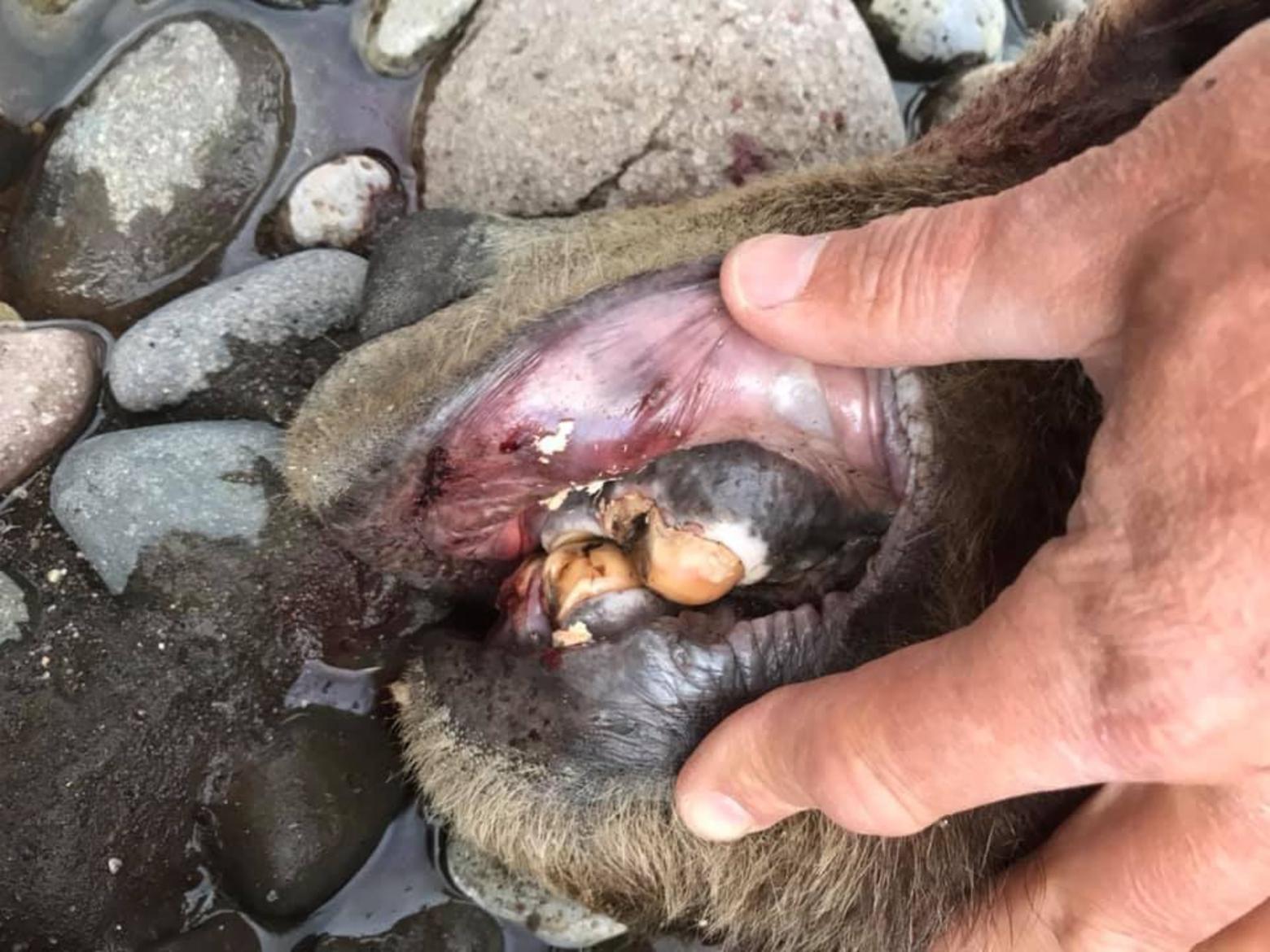 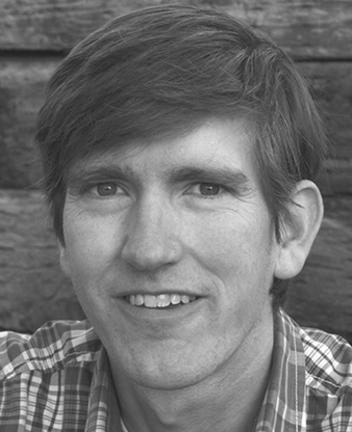 George Bumann (last name rhymes with "human") is a professional sculptor living with his wife, young son and two black Labradors at Yellowstone Park’s northern entrance in Gardiner, Montana. Check out his art by clicking here.  George has been a life-long observer of nature and was raised in his mother’s New York sculpture studio. He holds both Bachelor’s and Master’s degrees in wildlife ecology and has worked in the fields of wildlife research, taxidermy, back-country guiding, environmental consulting and has taught art and natural history programs for youth, adult, and university audiences with presentations that have reached 10,000 and been featured in national media. He is presently beginning work on a book on the topic of what we can learn from eavesdropping on wild animal conversations.