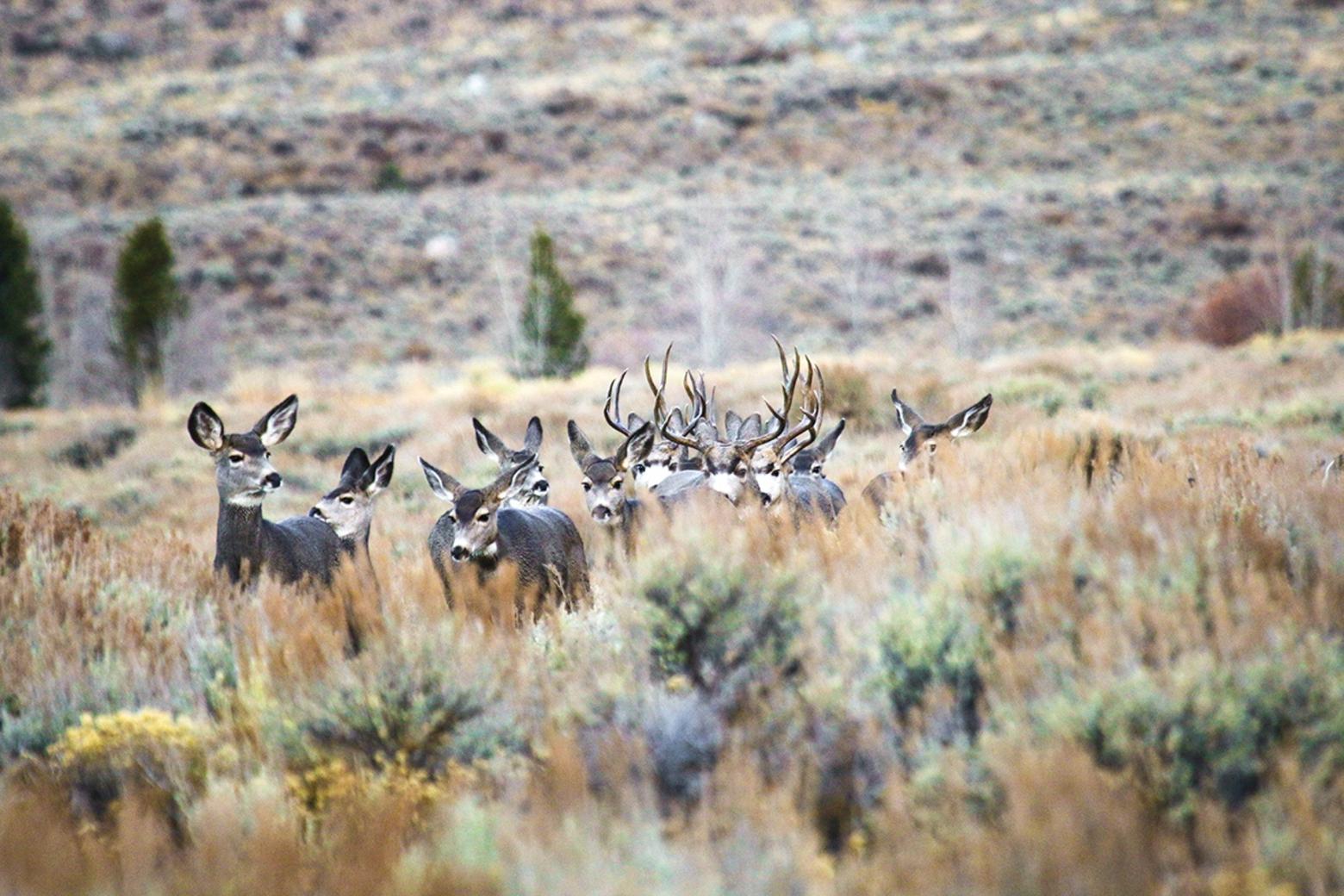 Private property owners provide important habitat for public wildlife, especially wildlife on the move and animals that go to lower grown in winter. How can conservation and tolerance for wildlife be encouraged on private property. PERC promotes economic incentives but it is a controversial subject and often criticized by some. Photo of mule deer courtesy PERC
EDITOR'S NOTE: In a recent op-ed written about Montana's new laws deemed hostile to wolves and grizzly bears, a group of veteran land and wildlife managers, scientists and public servants led by Dr. Christopher Servheen with 1500 years of experience described Bozeman-based PERC (the Property and Environment Research Center) as "an organization that promotes privatizing wildlife and giving big landowners special elk permits that they can sell in exchange for some limited public hunting access."  In particular, they criticized the Montana Fish and Wildlife Commission and PERC's promotion of transferrable landowner hunting tags offered as incentives to private land owners who provide important habitat for public wildlife. They wrote that "the Commission, in a hastily organized and minimally advertised zoom meeting on September 24th awarded the Wilks brothers eight trophy bull permits for their ranch in the Snowy Mountains. They get to award these eight permits to those '…who contribute to the success of the ranch.' This is privatization and commercialization of Montana wildlife for wealthy landowners, which is fully supported by the 2021 legislature and the governor. These eight bull permits are above and beyond what FWP biologists recommended for harvest in the area and the Commission awarded them anyway."
Recently, Mountain Journal received this essay from PERC that is offered as a rebuttal.
by Catherine E. Semcer and Jack Smith
Private landowners are essential partners in land, water, and wildlife conservation. This is the premise of President Biden’s America the Beautiful Initiative and sentiment of global conservation authorities like the International Union for Conservation of Nature. These partnerships are possible only when conservation adds to landowners’ income instead of taking from it. Giving landowners transferable hunting permits is a proven way to see that this happens.
A recent essay from scientists and wildlife management professionals published in the Mountain Journal ignores this fact while distorting our research on transferable landowner hunting permits. In our recent PERC policy report, we support the concept of transferable landowner hunting permits because, when structured right, they can encourage conservation on private lands—especially rangelands, which are underrepresented in our conservation areas and increasingly vulnerable to development.
It is impossible to conserve elk, wolves, grizzly bears, and other species without private lands and the people who steward them. Here in the Greater Yellowstone Ecosystem 68 percent of the land is public, but the 32 percent that is private provides a significant share of important habitats like winter range, migration and dispersal routes, and cover.
For example, elk migrating out of Yellowstone spend up to 80 percent of the winter on private lands. One-fifth of the distribution of Yellowstone cutthroat trout is found in waters flowing through private lands. Private lands also contain 93 percent of the region’s important bird habitat. 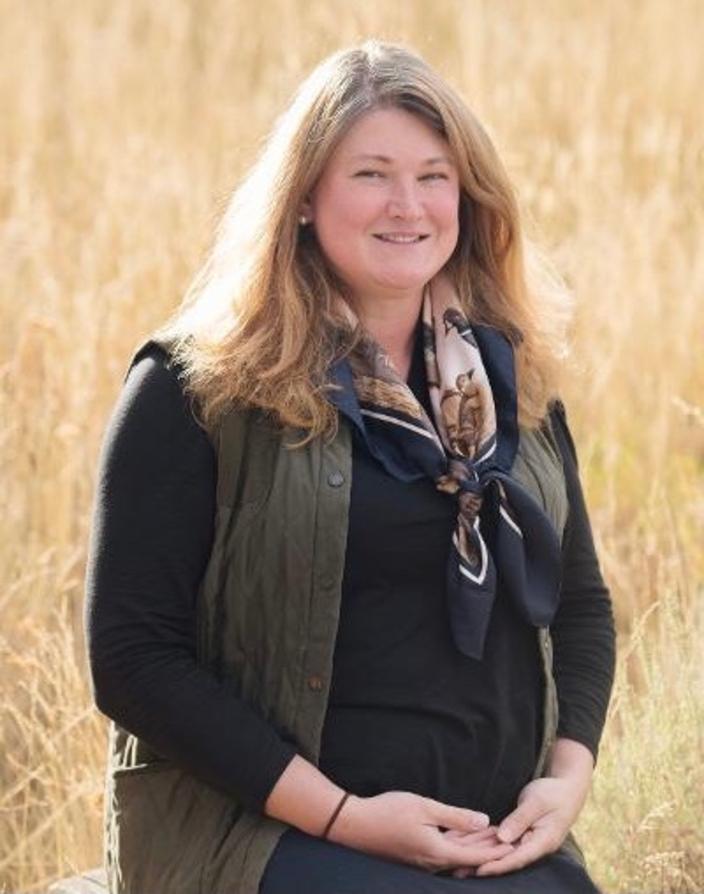 Catherine Semcer
The lower elevations and higher productivity of vegetation on private lands make them hotspots of biodiversity, so weaving them into any serious conservation effort is essential. Unfortunately, these lands are increasingly vulnerable to development as commodity markets change and more people move to Montana. Most farmers and ranchers don’t want to sell to developers, but many have few other options as making a living in agriculture becomes more difficult.
At the same time, the presence of wildlife can increase the costs shouldered by landowners. Losses of cows and sheep to wolves and grizzlies are well known. Less well known are the financial losses incurred when elk and deer eat forage meant for cattle and damage fencing. Elk also bring the risk of brucellosis, a brutal disease that makes cattle abort their young and requires a quarantine that can cost ranchers an estimated $140,000 per herd. Too often, public-access programs don’t offset these costs. Access becomes one more thing landowners have to manage and payments from the state don’t cover the time and energy needed to do so. All of these things steadily cut into livelihoods and make cashing out all the more attractive.
If we are serious about conserving Montana’s wildlife then we need to give landowners better options and bigger opportunities for conservation to pay. One option is to follow the lead of the seven western states that give landowners transferable hunting permits, which can be sold directly to hunters or brokered through outfitters. 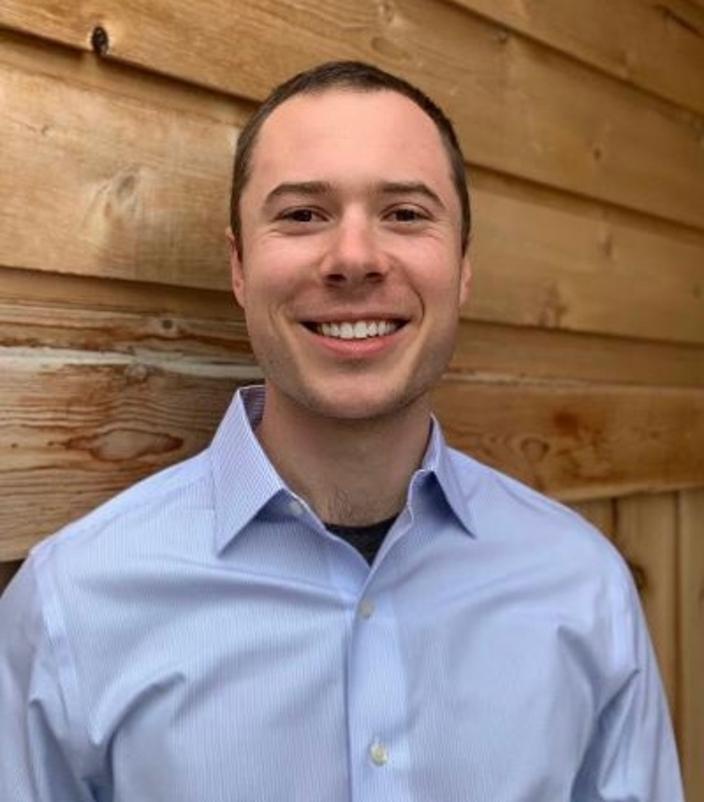 Jack Smith
This model of sustainable use invests landowners in keeping rangelands intact and helping conservation efforts succeed. Revenue generation gives them a direct stake in the health of wildlife populations and ecosystems. It is the same incentive-based model that has been effectively employed across the world to support the conservation of species from elk to rhinoceros. It is a model that Montana could benefit from if applied thoughtfully.
Our recent policy report compares transferable landowner permit programs throughout the West and offers seven recommendations for ensuring that such programs drive conservation. Among them, we write that landowners should qualify for permits based on meeting specific habitat standards or bearing wildlife-related costs. Likewise, permit quotas should be informed by the health of the wildlife, using the best available science. We also recommend that wildlife agencies should engage small landowners, as well as big ones, because they, too, steward important habitat.Montana is changing, and it needs new policy tools to conserve the natural wonders that make it The Last Best Place. Giving private landowners the opportunity to turn the presence of wildlife from a financial liability into a financial asset has a successful track record of delivering the kind of conservation Montana needs right now. Transferable hunting tags can help achieve this and are worth discussing.
POSTNOTE: Mountain Journal welcomes replies and we will consider publishing them below provided they are based on fact, presented with civility and, where possible, have source citations. You can submit your comments by clicking here.
A Rebuttal to the Rebuttal:
Mountain Journal received this response to the essay above from Dr. Jerry Johnson, professor in the Department of Political Science at Montana State University:
The “debate” is a good example of groups of concerned people talking past each other but deep down both want the same thing—to preserve the wildlife and landscape of the Greater Yellowstone Ecosystem . But let’s be real —they seek to do that by speaking for two very different constituencies.

On one hand wildlife management represented in the first essay represents a holistic macro view of the public’s wildlife and how to approach its management. Those values include fair chase and public ownership among others. The North American Model of Wildlife Conservation is tough to argue against given the success of Montana’s elk herds. These wildlife careerists speak for maintenance of the public’s good and do so with a genuine passion for all public land hunters. That is their metric. Thank you by the way.

On the other hand, we have a market-oriented think tank that takes a micro view of how to satisfy a different goal – the preservation of prosperity of large rural landowners while preserving biodiversity. PERC represents a set of values based on harnessing the tools of microeconomics to achieve conservation goals. I have known the principals involved in this approach for a very long time and I believe them in their expressions of conservation values. This is where I may differ from other conservationists. The metric of success for PERC is preserving the sanctity of the market and the goods and services that flow out of it.

In my opinion where PERC gets it wrong is a common blindness shared by the economics profession in general— the unwillingness to admit what they are up to and that is a degree of privatization of wildlife. No logical thinking person can see anything other than public resources flowing to private hands in their proposals. When landowners who happen to own good elk habitat are treated differently than nonlandowners and are gifted special status elk tags that they then sell, that is a form of privatization. Can that result in more elk-friendly private land management? Probably, maybe. Can it forestall large ranches being subdivided? Maybe but that experiment has not yet been run anywhere in the Rocky Mountains—iit is an untested assertion. The fact is that PERC’s theory of conservation is just that – mostly a theory and the sort of large scale change they promote is mostly an unknown with the potential for more unknown downstream effects.

At the same time the traditional wildlife model is failing in some locations. There is no doubt that elk congregate early in the season on private land and harvest targets on some districts cannot be met. Even though hunter participation rates are falling there is clearly sufficient demand from meat hunters to help with management goals. The Paradise Valley Ranch had over 1000 applications for free guided cow hunts this year. Their management capacity could only handle 66 hunters. Is there an opportunity to involve public managers or volunteers to help manage a larger number? Seems to me there is and if we need to use outright payments to do that, I would support it. For some that would represent a slippery slope toward privatization because the lines between public and private are blurred. I would like to think it is an example of enlightened public management where risks are taken and the public benefits.

How do we sort through this? One place to start is to recognize the importance of language— privatization is just what it says it is as is public good. When we use words we should do so honestly and openly. PERC could admit that couched in the jargon of “incentive-based management” and “transferable landowner hunting permits” is the core definition of privatization. Public managers could admit that the North American model of public trust will need to adapt if sound wildlife management practices follow the best science in a region changing as fast and dramatically as the GYE.

In a perfect world we could identify an honest broker that would help carry out this conversation. Endlessly debating in the media does not move us forward and encourages each group to retrench into their respective positions and their respective constituencies. The current war on predators by the State of Montana undermines the credibility of the state. Most regional nonprofits are loaded with too much political baggage. I’ll be watching to see if we can imagine a new social arrangement that can help resolve the differences.