Is fined $5000, receives probation and prohibited from killing wolves for a year. Also calls attention to larger issue of sport hunts allowed near national park borders 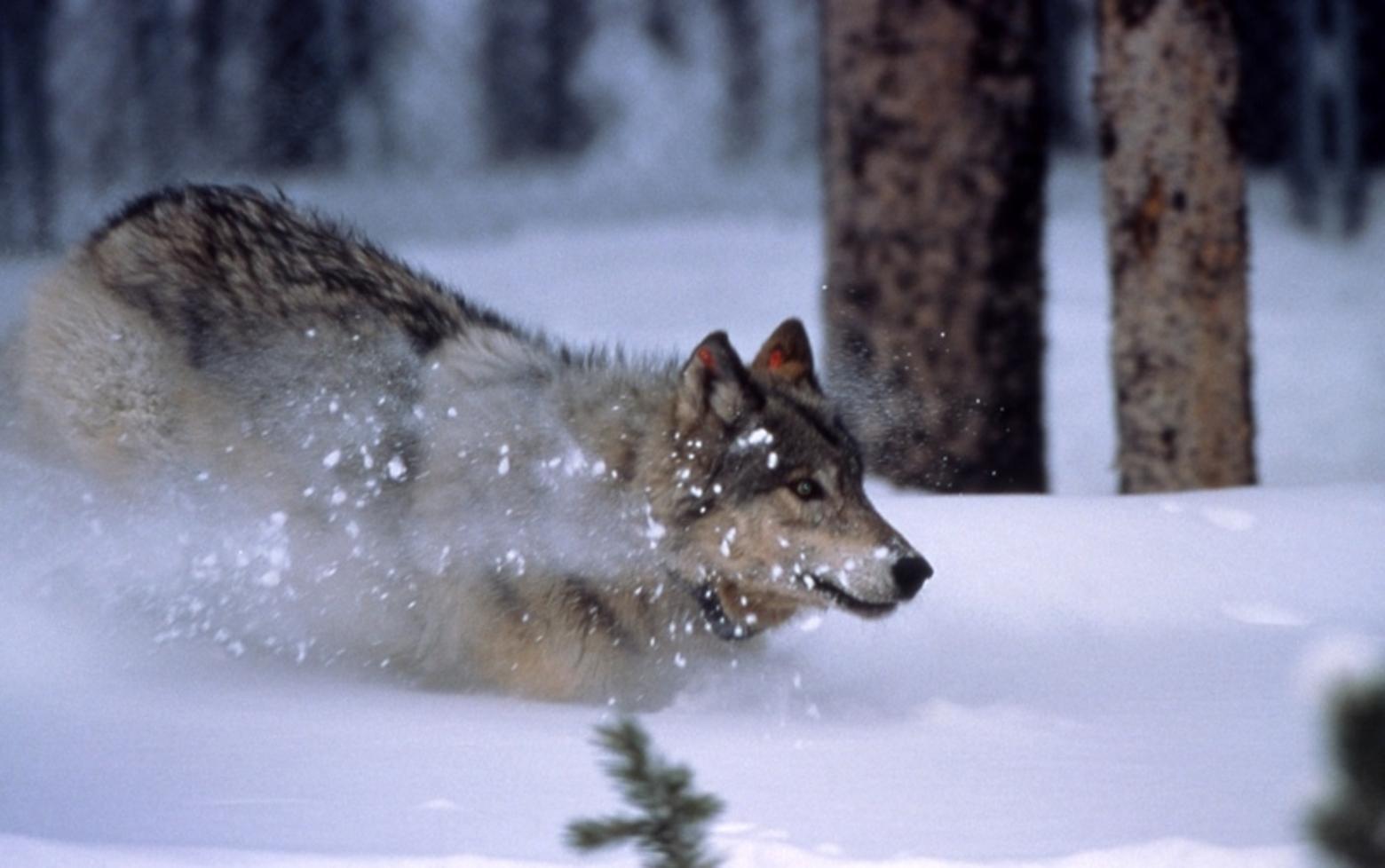 A gray wolf, among the first transplants in Yellowstone, roams a holding compound prior to release in the mid 1990s. Wolves roaming Grand Teton National Park are descending from the first transplants. Photo by Barry O'Neill
A 56-year-old Wyoming man charged with killing a gray wolf inside Grand Teton National Park has pled guilty and received a $5,040 fine.
His identity and that of a woman who was also charged have not been released by park officials.
According to a park press release circulated Wednesday, law enforcement officials investigated the illegal killing of the wolf on or about January 1, 2019 near Spread Creek along Grand Teton's eastern border. The wolf killed was an uncollared young female.
"The individuals were very cooperative during the investigation, and we believe there was no conscious intent to hunt within the national park," Grand Teton's  Chief Ranger Michael Nash said in the release, noting that his staff takes the responsibility to protecting park resources seriously.
Both the male suspect and a 55-year-old woman were charged and recently appeared in federal court. The man plead guilty and received a $5,040 financial penalty, one year of unsupervised probation and one year loss of wolf hunting privileges.  The charge against the woman was dismissed as part of the resolution of the case.
During the investigation, park rangers identified a blood trail and followed it to a location that was later determined to be the site of an illegal wolf kill within the park. Evidence led them to the suspects.
"I commend our park rangers on their professional and timely investigation," Nash said. "Their work to protect park resources, even during the shutdown, was outstanding as limited park rangers were available to respond to emergencies, protect property and provide basic visitor services during this time."
Grand Teton is the only major national park in the Lower 48 that allows hunting to occur inside its borders. Called "the elk reduction program," the hunting of wapiti only was grandfathered as a management tool when the current expanded boundaries of the park were created in 1950.
The hunt is controversial and because of differing converging boundaries of the national park, the adjacent Bridger-Teton National Forest and National Elk Refuge, it can be difficult to discern where one begins or ends. Moreover, in recent years, a grizzly was shot and killed inside the park after it was attracted to an elk carcass taken by a hunter. Conservationists also have criticized the states of Wyoming and Montana for holding sport hunts of wolves near Yellowstone and Grand Teton national parks, knowing that they result in the killing of lobos that spend most of their lives inside national parks and are popular among tourists.
"All park visitors and hunters on adjacent lands outside the park are reminded that it is their responsibility to have a clear understanding of land ownership and respective rules and regulations," the park said.
Anyone with information about suspicious activity or wildlife takings within the park are encouraged to contact Teton Interagency Dispatch Center at 307-739-3301, or call or text the National Park Service Investigative Services Tip Line at 888-653-0009. Everyone is encouraged to protect national parks. Callers can remain anonymous.