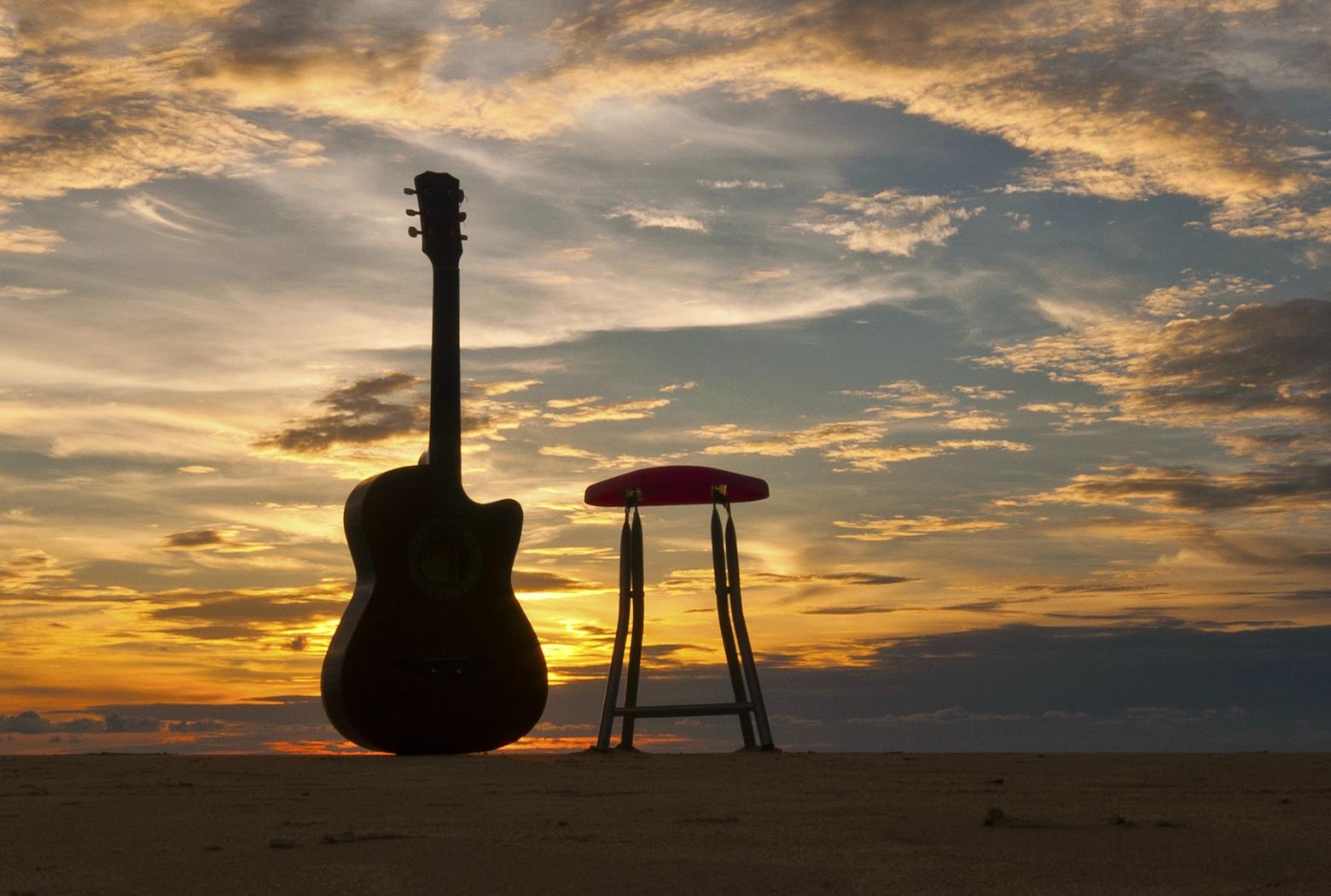 Photo Shutterstock/Mohd KhairilX/I269775350
by Todd Wilkinson
In the American West, cowboys have long been portrayed as arch-hero underdogs for whom it’s easy to cheer. And owed to the past, there is almost a universal sense of respect for local agrarians who grow healthy food and safekeep lands often situated at the center of community identity. During the mid 1980s, hearing of the plight of mom and pop farmers struggling to survive, musician Willie Nelson and a group of big-hearted fellow performers came together and staged Farm Aid as a benefit concert.
Farm Aid is still going strong, and so, too, amazingly is Willie. Today, there’s another annual music event that lovers of the Greater Yellowstone Ecosystem are trying to get off the ground. Like Farm Aid, its values are rooted in championing the plight of another underdog whose once-ubiquitous abundance continues to dwindle—wildlands.
Yes, wildlands, as in those rare places still capable of perpetuating the survival of species large and small. Nowhere in the Lower 48 does the full complement of large native mammal species exist as it does in Greater Yellowstone—an artifact in many ways and now itself threatened by a number of factors, including the danger of humans loving it to death. 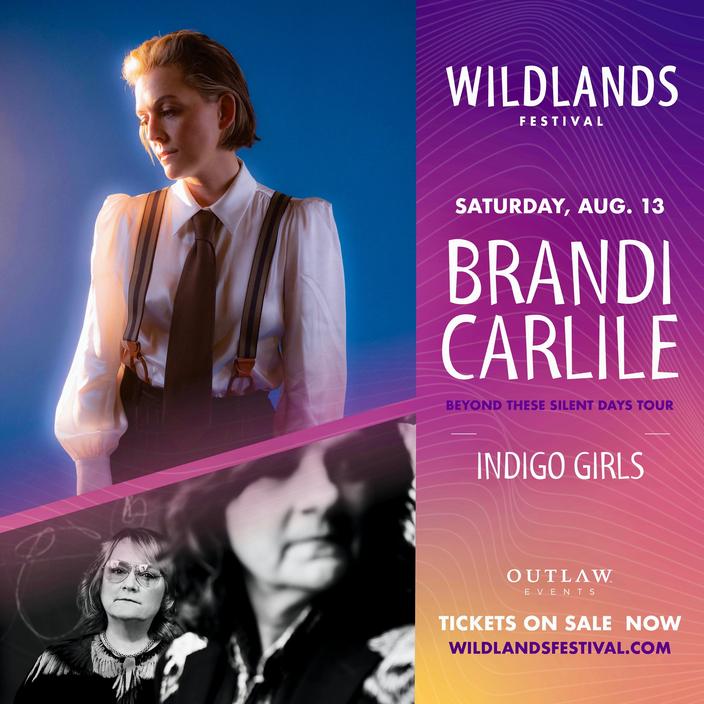 Greater Yellowstone not only commands international attention in the world and holds arguably the most beloved nature preserve in the country—Yellowstone National Park—but its admirers include Willie Nelson’s son, Lukas, and an esteemed group of Grammy Award-winning musicians who have an affinity for our region. They will be arriving in August for the second annual Wildlands Festival in Big Sky, Montana with concert proceeds donated to protectors of land, water, and a third group devoted to human-powered recreation.
The  lineup for Wildlands 2022 is stellar. Taking the stage on Friday, August 12 are Lukas Nelson & Promise of the Real along with Jason Isbell and The 400 Unit, followed Saturday night with Brandi Carlile and the dynamic duo of Indigo Girls’ Amy Ray and Emily Saliers.
Interrupted in 2021 by Covid (and ironically made more important than ever by the pandemic and the surge of development it ignited in Greater Yellowstone) the Wildlands Festival is certain to provide cathartic relief and it is intended to become part of a larger movement, says Eric Ladd, whose company, Outlaw Partners, is producing the event. 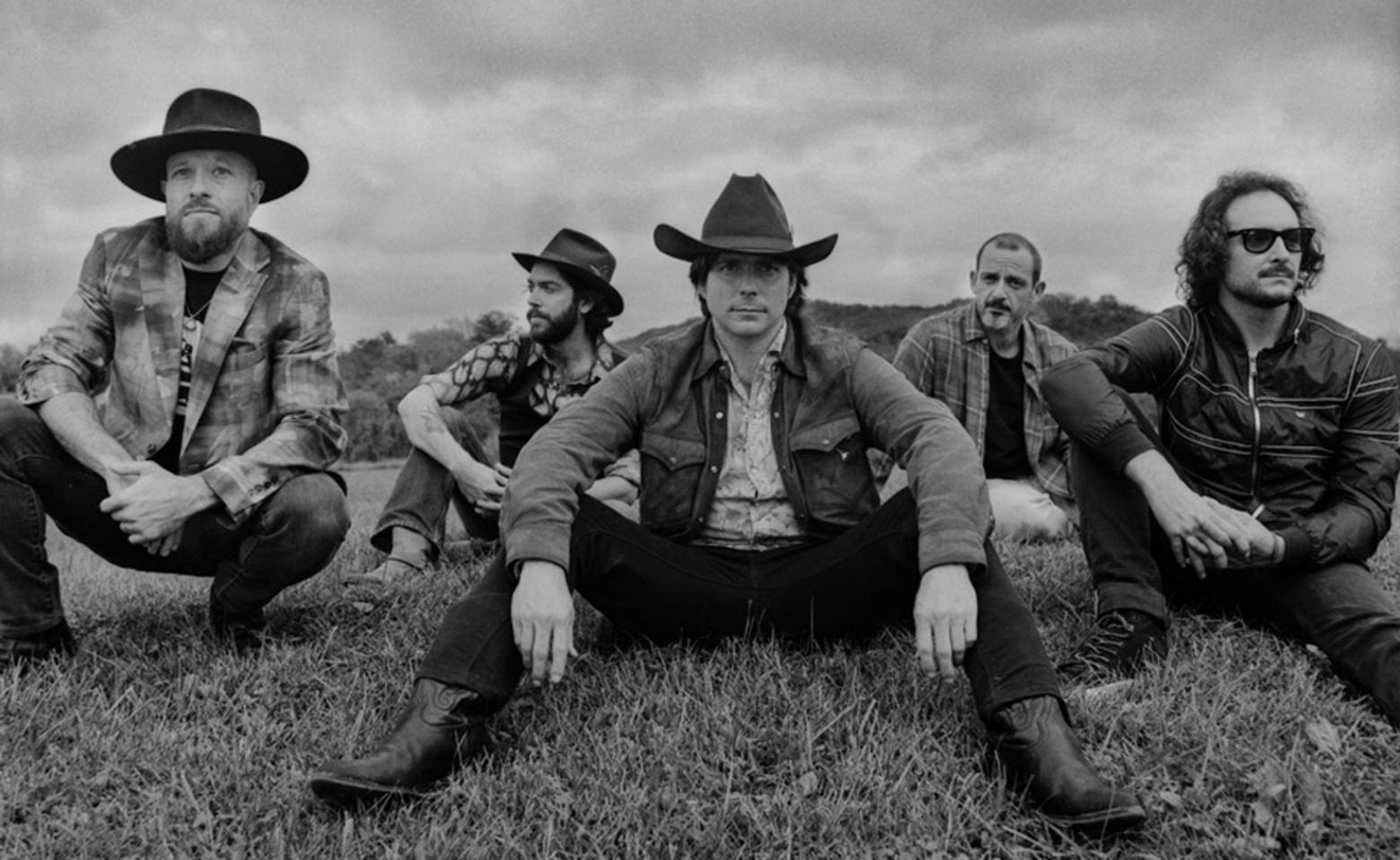 Lukas Nelson & Promise of the Real. Not only does he look like his famous dad but he likes using his music to promote good causes, too, like saving Greater Yellowstone.
In recent years, Ladd, an avid reader of Mountain Journal,  and I have had many focused and intense conversations about the future of Greater Yellowstone, on topics ranging from Grizzly Bear 399 to water issues, the role of wilderness in protecting the character of the wildlife-rich Gallatin Range, and impacts of the expanding human footprint on things like wildlife migration corridors.
He and I agree that once a person becomes aware of ecological thinking and starts pondering what’s at stake in Greater Yellowstone, it is impossible to “unthink it” and then remain passive if one really cares. We are stewards of lands and wildlife whose innate value is far greater than ourselves and it is part of our legacy. Ladd counts himself among a group of business people willing to give back, doing more to embrace conservation and preservation of the natural world.
“This is a gathering for a cause— a way for people to have fun while elevating public awareness about the things that make this region special,” Ladd says. “For me, the inspiration came from my friend, Lukas Nelson, and what his dad and other great musicians have done with Farm Aid. Music unites people and it becomes a way to channel our collective energy toward doing something good in times like these when individuals struggle to know how.” 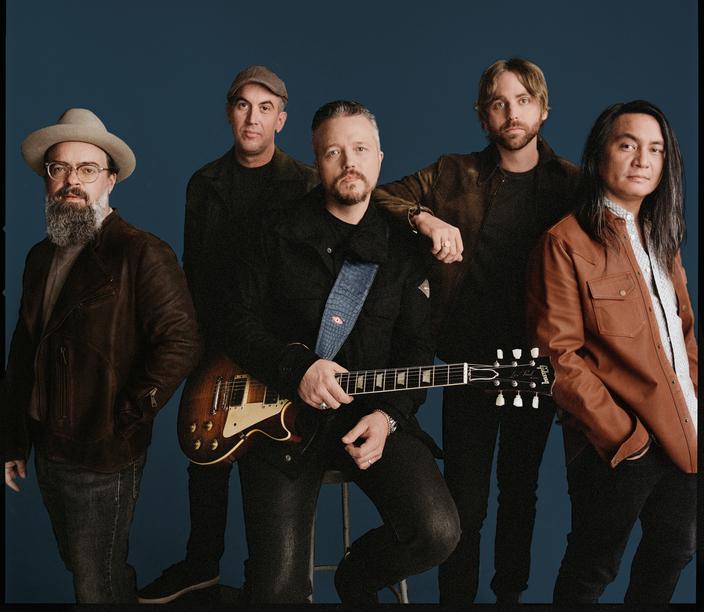 Jason Isbell and The 400 Unit
The three nonprofits benefitting from ticket sales this year are the Gallatin Valley Land Trust, a group in the trenches of keeping agrarians on the land, protecting wildlife habitat and open space and building recreation trails amid a tidal wave of development; Gallatin River Task Force which is confronting water quality issues on the Gallatin River (which served as a backdrop for the movie, “A River Runs Through It” 30 years ago), and the Big Sky Community Organization devoted, in part, to building and maintaining recreation trails.
That the Wildlands Festival is set in Big Sky (the first one was held at Montana State University in Bozeman) is more than ironic because the pandemic has only elevated concerns related to land, water and people who make great contributions to local towns but can’t afford to live in them. Sympathetic to all three of those concerns are the musical acts, some of whom have played on behalf of Greater Yellowstone issues before and appreciate the value of wilderness and wildlife.
“There’s power in world-class musicians bringing people together around the goal of trying to protect a world-class ecosystem,” Ladd says.
The festival coincides with a special edition of Mountain Outlaw magazine called “The Action Issue” that is a creative collaboration with nonprofit media organization Mountain Journal. Free copies are being distributed throughout the Northern Rockies and that, too, coincides with release of my new book “Ripple Effects: How to Save Yellowstone and America’s Most Iconic Wildlife Ecosystem” with royalties from that going to MoJo to expand its coverage of issues in the region and to the Yellowstone friends nonprofit, Yellowstone Forever.

“There’s power in world-class musicians bringing people together around the goal of trying to protect a world-class ecosystem."

“I think we all have felt a large shift occurring in public attitudes toward the rapid change and growth occurring in our region and that we need to do something or we are going to lose the essence of the very things that make people want to live and visit here,” Ladd said, noting that he wants the Wildlands Festival to be an annual summer touchstone.
If time allows them, Ladd said, the musicians are excited by the possibility of going wildlife watching in Yellowstone National Park while they're here.
Tickets for Wildlands Festival are limited and can be ordered by clicking here: wildlandsfestival.com.
Note: Watch the first short films, below, about Bozeman's famed "Main Street to the Mountains" trail system designed and stewarded by the Gallatin Valley Land Trust, one of the Wildlands Festival's beneficiaries in 2022. GVLT, which has also worked with landowners in setting aside conservation easements to protect wildlife habitat and open space forever, has seen its importance grow as the Gallatin Valley copes with exurban sprawl. The second video is about the Gallatin River Task Force working to protect the Gallatin River, one of the most storied trout streams in America. It has been dealing with pollution threats to water quality posed by development. 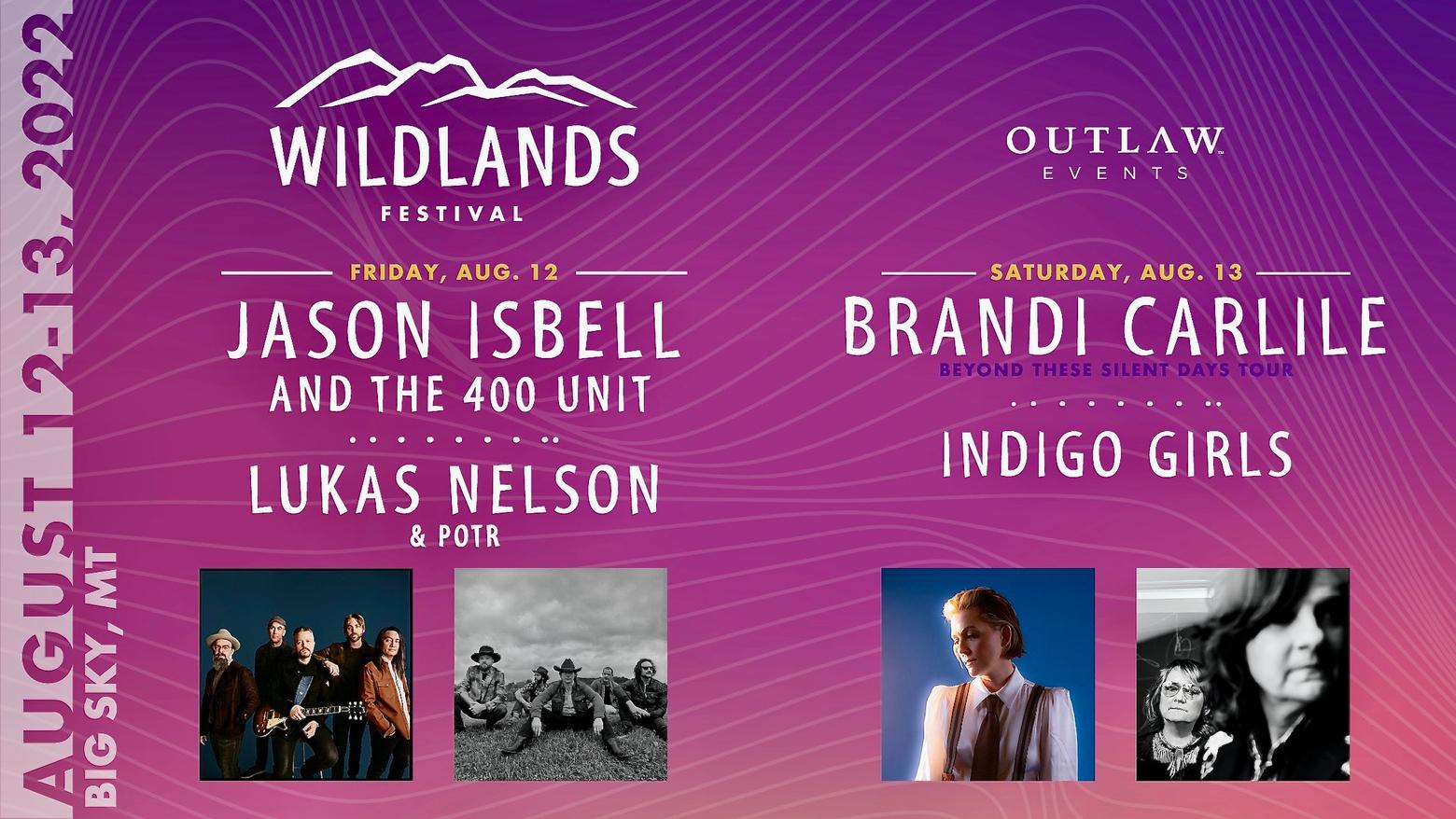