Why Wilderness Matters More Than Your Desire To Take It

Patagonia publishes essay from BIKE Magazine contributing editor Michael Ferrentino on our perceived right to ride wherever we want. 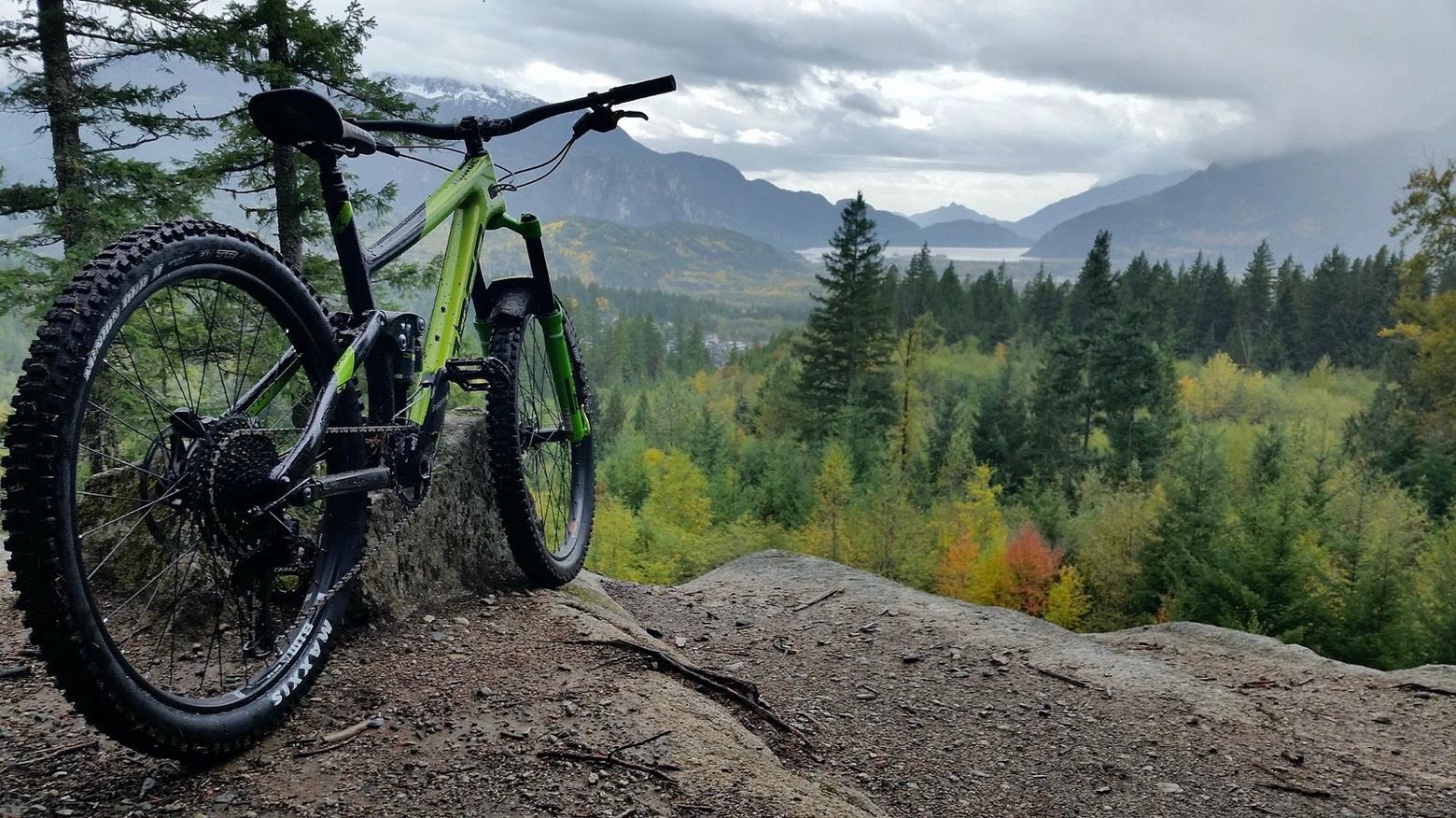 Writes the author: "When it comes to mountain bikes, we might think, 'I pay my taxes, therefore I have a right to ride my bike on public lands.' The conclusion I came to, after many years of self-righteous poaching, was the my idealism was bullshit." Photo courtesy Walleater/Creative Commons: creativecommons.org/licenses/by-sa/4.0
EDITOR'S NOTE: Mountain Journal is re-publishing with permission this essay below by veteran mountain biker Michael Ferrentino that appeared as part of Patagonia's The Cleanest Line, an ongoing series that addresses the ethics and personal responsibility of  conservation stewardship.
By Michael Ferrentino
THERE WAS NO DISCERNIBLE DIFFERENCE between the trail I had been riding and the trail that stretched ahead of me. There was a sign, though, hanging from a thin wire fence, and a wooden ladder for hikers to climb over. The small yellow-and-black sign read, “Wilderness Boundary.” This was somewhere along the Pacific Crest Trail in the southern Sierra Nevada, south of Mammoth, north of Mexico, on a clear alpine summer day in 1994. I glanced around to check for hikers or horses, quickly lifted my bike over the fence, and kept riding.
I’d be lying if I said that was a one-time deal. Twenty-five years ago, I used to poach wilderness areas often and self-righteously. Sometimes the trails would be really, really good. Sometimes the poach would result in a long, difficult hike made slower and much more awkward by the bike I was forced to carry. Didn’t stop me. I felt like it was my right, my social entitlement, to access this public land by bicycle—an entirely human-powered act I believed left less impact than horses, maybe even hikers, and was part and parcel of the Wilderness Act’s original intent.
When it was first written in 1964, the Wilderness Act banned motorized access; it didn’t say anything about bicycles. That changed in 1984, when an amendment was added banning mechanized access, specifically to address the growing presence of mountain bikes in the backcountry.
I don’t poach wilderness anymore. Haven’t for a long time now. Something changed within me regarding how I think about wilderness. Chalk that up to the perspective afforded by the march of time, a view shaped by seeing so many pristine places become so heavily overused. Whether a tire tread, a hiking boot or cars crammed into a trailhead parking lot, they all bear the same message: The consequences of our individual actions ripple beyond ourselves and the present moment.

I don’t poach wilderness anymore. Haven’t for a long time now. Something changed within me regarding how I think about wilderness. Chalk that up to the perspective afforded by the march of time, a view shaped by seeing so many pristine places become so heavily overused.

Ironically, as my own understanding of wilderness has broadened, I find myself at odds with the current push among many mountain bike riders—my people—seeking legitimate and legal access to some wilderness areas. The most vocal is the Sustainable Trails Coalition (STC), a nonprofit formed in 2015 after a series of new wilderness designations closed hundreds of miles of trail to mountain bikers. In 2016, STC helped introduce Senate bill S.3205, or Human-Powered Travel in Wilderness Act, which would reverse the national wilderness ban on bicycles in favor of a case-by-case determination. That was followed by the similarly intentioned H.R. 1349 in 2017 and S.1695 in 2019. 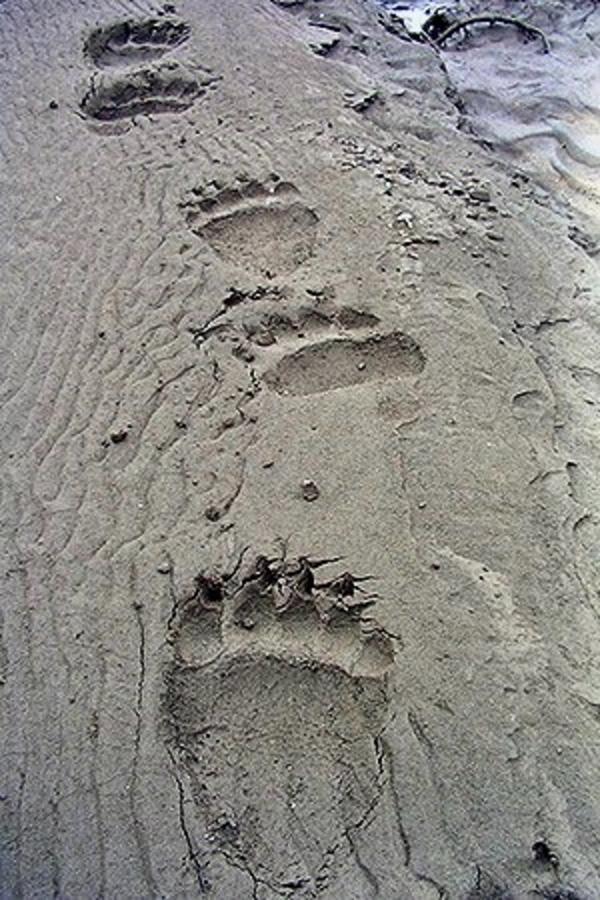 Bear tracks. Photo courtesy NPS
It’s not my place to tell anyone how to act or think (though it is worth noting that poaching wilderness is punishable by up to $5,000 in fines or six months behind bars), but I feel I should explain the how and why of my decision. To do that, I need to talk about facts and ideals.
Facts are everywhere. The United States covers 2.27 billion acres of land, 1.89 billion of those being in the Lower 48. There are roughly 640 million acres of federally managed public land in the United States; of that, over 111 million acres are designated wilderness. That’s just 2.7 percent of the continental United States.
More facts: Of the remaining 97 percent, hundreds of millions of acres are open to mountain bikers, in addition to some of the 46 million acres of state trust land and 18.7 million acres of state parks across the country. According to the International Mountain Bike Association (IMBA), in 2018 there were 33,100 known trails across all 50 states open to mountain bikes, a network spanning almost 113,000 miles—more than double the mileage of the interstate highway system. In a 2016 survey, 76 percent of IMBA members said local trail access had increased during the previous decade. Legally accessible trails, as far as mountain biking is concerned, is more plentiful than ever.
The thing is, most of us don’t really let facts impact our thinking. We make decisions from a more emotional place. While facts might be considered, we often argue from a position of ideals, how we think things should be. When it comes to mountain bikes, we might think, “I pay my taxes, therefore I have the right to ride my bike on public lands.”

This may seem heretical to any seasoned adventurer, but my goal now is to not seek out the distant horizon, to no longer venture off the beaten path, for the risk that doing so will create new ones. Now when I think of Wilderness with a capital “W,” I picture a place where we humans exercise as much restraint as possible. 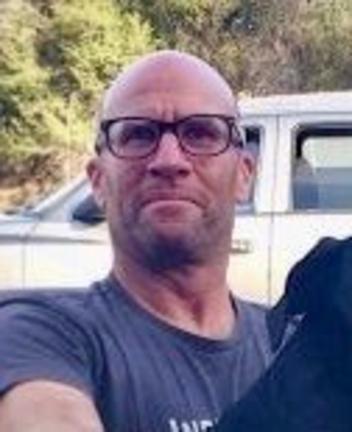 Michael Ferrentino is a noted mountain bike journalist and is former editor in chief of BIKE magazine. Also respected for his knowledge of trends in the mountain biking industry, he continues to write a popular column for BIKE and has been a consultant to several different companies.