The Mega Value Of Forests Free Of Roads 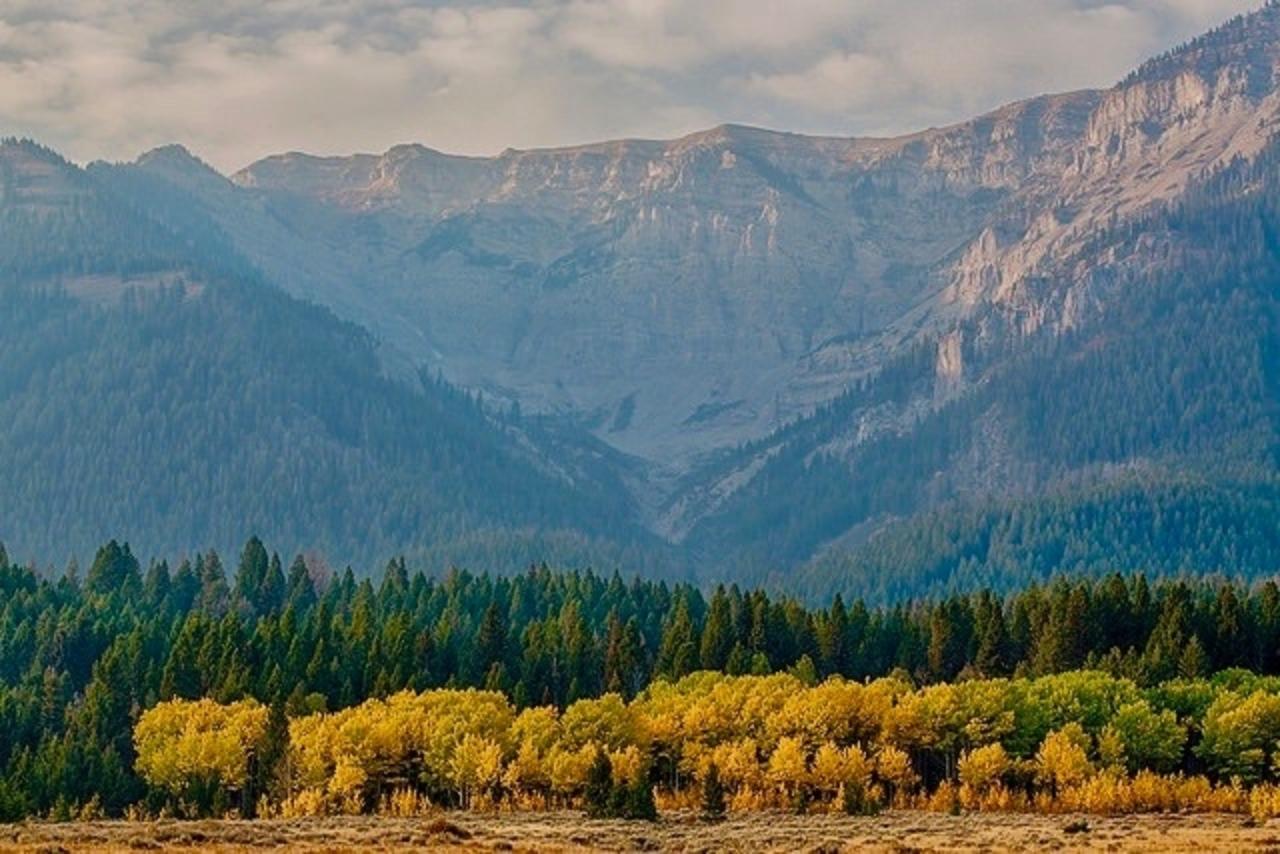 Centennial Mountains Wilderness Study Area, managed by the Bureau of Land Management along the intersection of southwest Montana and Idaho. Not only are its slopes a source of clean water, but the Centennial represents a crucial corridor for wildlife moving between Greater Yellowstone and other ecosystems to the north. Its natural values are high because intense human uses have not fragmented the landscape. Photo courtesy Bob Wick/BLM
In the faraway Amazon, politics and commercial exploitation are fueling fires that threaten the world’s largest tropical rainforest.
Closer to home, on public lands in the American West, forests located in undeveloped road-free lands play important ecological roles. The drinking water for tens of millions of us begins its journey to the tap from snowpack, rain and rivers originating high in the mountains. Some of those places, found our national forests and BLM lands, are classified as wilderness or wilderness study areas.

In the American West, forests located in undeveloped road-free lands play important ecological roles. The drinking water for tens of millions of us begins its journey to the tap from snowpack, rain and rivers originating high in the mountains. Some of those places, found on our national forests and BLM lands, are classified as wilderness or wilderness study areas.

Clean water produced by nature is lifeblood. It benefits fish and wildlife and local economies. Its source, protected public lands, are home to forests and healthy soils that absorb carbon dioxide. They also hold water up higher longer, which is important to both agriculture and anglers that have witnessed the effects of climate change negatively impacting the availability and abundance of water flowing through rivers in summer.
Up north, in Alaska, the Tongass National Forest, which represents the largest intact temperate rainforest, is facing a serious threat: President Trump’s determined rollback of environmental protections. In both cases, land belonging to all citizens is at risk because of the financial ambitions of a few.
According to a report in the Washington Post, Trump has ordered Agriculture Secretary Sonny Perdue to change Forest Service policy and open more than half of the Tongass — 9.5 million acres — to the construction of new roads, effectively encouraging development such as large-scale commercial logging of old growth trees.
The Tongass covers a huge area of the Alaskan panhandle. It is largely undeveloped, it’s an important carbon storehouse and it’s a fish factory. The Forest Service reports that the Tongass produces 25 percent of the West Coast’s commercial salmon catch. Fishing and tourism, which depend on a healthy forest, bring in more than $2 billion to Alaska annually by one estimate. They account for 26 percent of local jobs; logging accounts for less than 1 percent.
The president’s directive would undo 20 years of relative stability on the Tongass that was created by the enactment of the Roadless Area Conservation Rule in 2001.
As former Forest Service employees, we helped to develop the roadless rule. Understanding its context is important to understanding the threat to the Tongass today. In the late 1990s, before the roadless rule went into effect, the Tongass and other remote forests were the subject of constant controversy and litigation over timber sales and road construction. 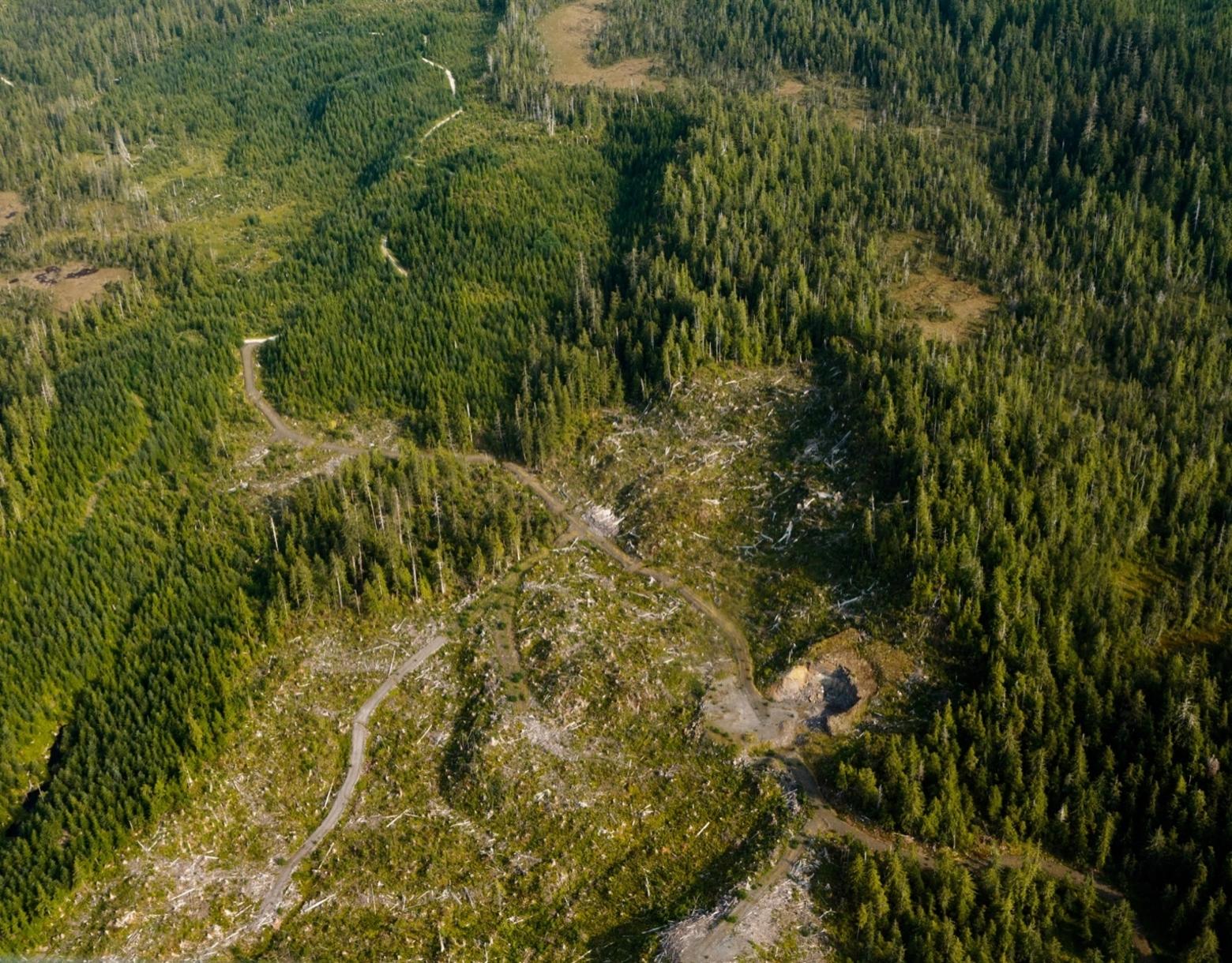 What kind of jobs are worth taxpayers subsidizing construction of hundreds of thousands of miles of logging roads that enable forests to be clearcut and sometimes felled old-growth trees exported, for pennies on the dollar to Asia, meanwhile leaving devastated ecosystems behind in their wake? A photo of the Tongass National Forest, courtesy Al Wu
As is still the case, timber sales on the Tongass lost money and were heavily subsidized by U.S. taxpayers. Adding insult to injury, much of the wood that was harvested was shipped across the ocean to Asia. By 1998, the Forest Service had constructed more than 380,000 miles of roads in the national forests, including the Greater Yellowstone Ecosystem and northern Rockies, largely to aid timber production.
The agency also carried an $8.5-billion maintenance backlog on management of those roads. When forest roads are not maintained, they erode and slide into streams, muddying drinking water sources and ruining fish habitat. Such roads also fragment wildlife habitat and have been shown to have a negative impact on rare species.

As is still the case, timber sales on the Tongass lost money and were heavily subsidized by U.S. taxpayers. Adding insult to injury, much of the wood that was harvested was shipped across the ocean to Asia. By 1998, the Forest Service had constructed more than 380,000 miles of roads in the national forests, including the Greater Yellowstone Ecosystem and northern Rockies, largely to aid timber production.

Many inside the Forest Service and in Congress rightly began to question why the agency would build more roads into relatively pristine areas when it could not take care of the roads already in place. Lawmakers rebelled.
As a surrogate to protect roadless areas, in 1997, the House of Representatives came within a single vote of cutting the Forest Service’s road budget by 80 percent. This would have crippled the agency and jeopardized public access and use of the national forests.
President Clinton stepped in, directing the agency to develop a new policy for managing untouched forests. The result was stronger protection of roadless areas. More than a million people commented on the proposal, and more than 90 percent favored keeping new roads to a minimum in pristine forests.
The final rule allowed for some new road construction on a case-by-case basis, for firefighting, forest health, energy development and access to private holdings, but it seriously restricted new timber sales.
Since the rule was enacted, the Forest Service has approved all 58 project requests it has received for roads in Alaska’s national forests. Nevertheless, Alaska’s congressional delegation and its governor, pushed primarily by logging interests, want an exemption from the roadless rule.
Decisions that affect our shared land shouldn’t be made at the behest of special interests with short-sighted agendas. Such decisions should be made by professional land managers who grasp ecology and they should be informed by science — not politics.
The roadless rule affirms a basic truth. Most Americans value their public lands for the clean water, healthy wildlife habitat and recreational opportunities they provide. Over a century ago, President Theodore Roosevelt’s secretary of Agriculture, James Wilson, wrote that national forests should be managed for “the greatest good for the greatest number for the long run.”
We urge the president and Secretary Perdue to follow this sage advice and do what is best for the long-term health of the land and future generations of Americans. 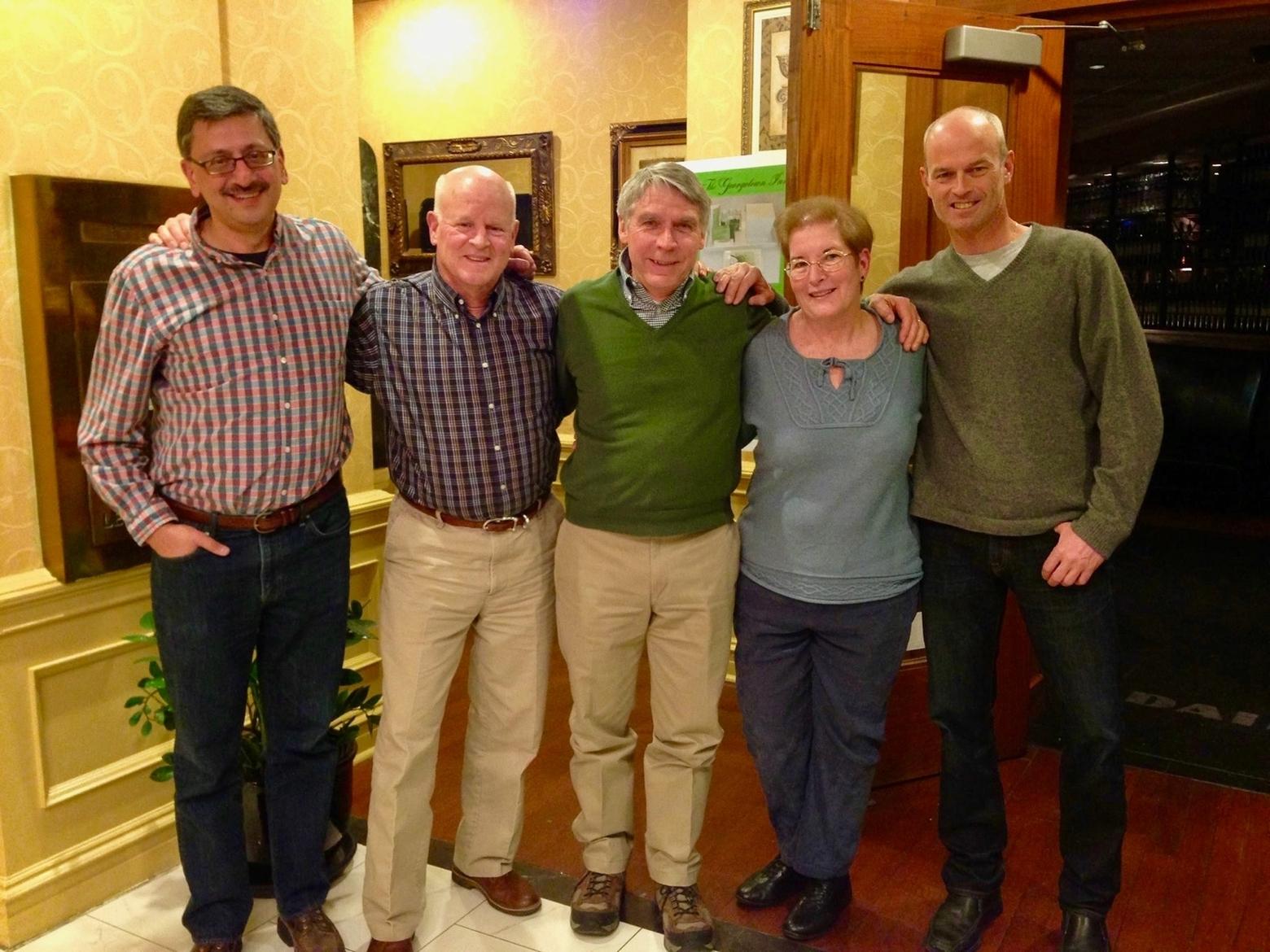 Veterans of roadless land protection, from left: Al Ferlo, Jim Furnish, Mike Dombeck, Hilda Diaz Soltero and Chris Wood
EDITOR'S NOTE:  Mike Dombeck served as Acting Director of the Bureau of Land Management from 1994–1997 and was the 14th Chief of the United States Forest Service from 1997 to 2001. Dombeck also served as University of Wisconsin System Fellow and Professor of Global conservation at UW—Stevens Point  from 2001 to 2010. He has been the Executive Director of the David Smith Post-Doctoral Conservation Research Fellowship since 2005.
Chris Wood is president and CEO of Trout Unlimited which has 300,000 members. Before coming to TU in September 2001, he served as the senior policy and communications advisor to the Chief of the U.S. Forest Service where he helped protect 58 million acres of publicly owned land. Chris began his career as a temporary employee with the Forest Service in Idaho and also worked for the Fish and Wildlife program of the Bureau of Land Management.
Increase our impact by sharing this story.

GET OUR FREE NEWSLETTER
Never Miss A Big Story!