On The Loose: A Bull Moose In Camera And Brush 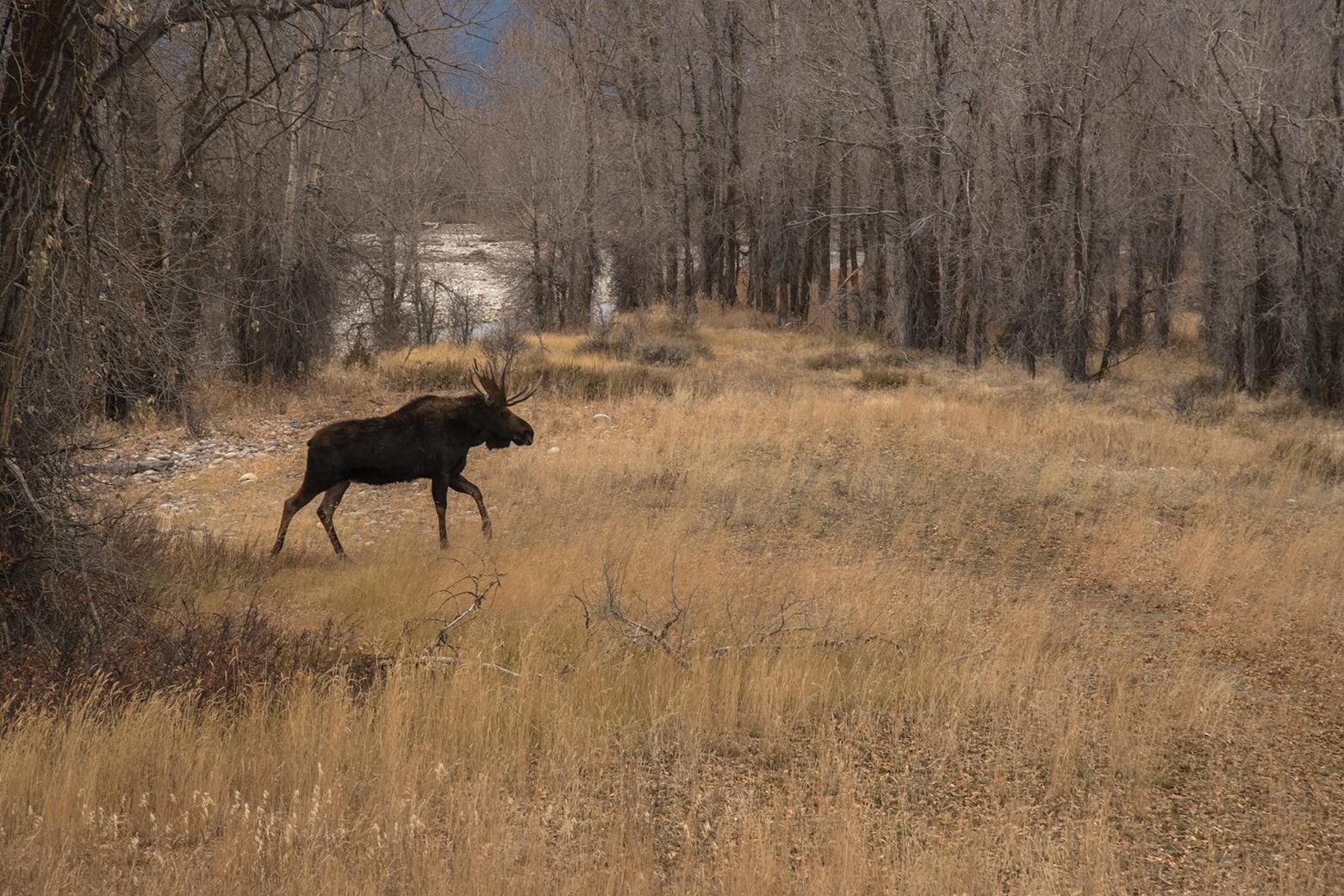 When I first moved to Jackson Hole permanently more than half my lifetime ago, a favorite bar was the Mangy Moose Saloon located at the foot of Rendezvous Mountain or perhaps better known as the base of Jackson Hole Mountain Resort.
With the snow flying again and seeing the Tetons covered in an ivory-colored apron that will likely stay now until spring, I admit that I look forward to taking some turns, and imbibing with apres-ski refreshment at the Mangy Moose. But in the meantime, I’ve been reveling in early morning encounters—all from a safe, respectful distance—with real moose.


Some days it is difficult to decide whether to tote camera or paint kit. A good portion of my watercolors in the studio use photographic reference I have personally gathered. 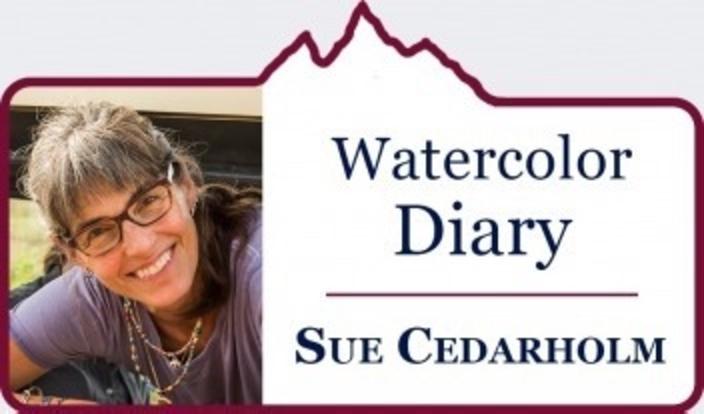 I always am lugging a camera or carrying the cell phone with me. You never know when inspiration will strike. Sometimes I am making the photograph to be a photograph, but much of the time in recent years I‘ve been thinking about painting.


I regard subject differently when I will be using the photograph for painting. What will be important in the painting? What is the main focal point? Do I have enough information to paint from this photograph?


There are many occasions where I will take pieces from several photographs to make a composite. When photographing wildlife you want them to have an interesting gesture with an engaging background or one that accentuates your subject using negative space. When making a photograph you have to get it right compositionally in the frame.


When you paint you obviously take liberties with editing, moving trees or changing the literal translation of a mountain. I do try to get it right in the camera and not be painting from several photos.


When I photographed this moose, above, crossing the Gros Ventre River I wanted to get ahead of him for a better angle that way he would be walking toward me. I saw him crossing the deep part of the river, he was in the water up to his chest, not enough of his frame for a good painting.


I looked ahead and saw that he would be crossing the sandbar and the mountains would be behind him. I ran further ahead, squatted at the bridge railing and waited. He came across the sand and walked through the shallow water, I took a lot of frames of him.
The background was kind of messy but that good enough. He went into a meadow, through the golden grasses. When it came time to paint Bull Moose Crossing The Gros Ventre,  I was torn, which was a more powerful backdrop? The river? The flats? 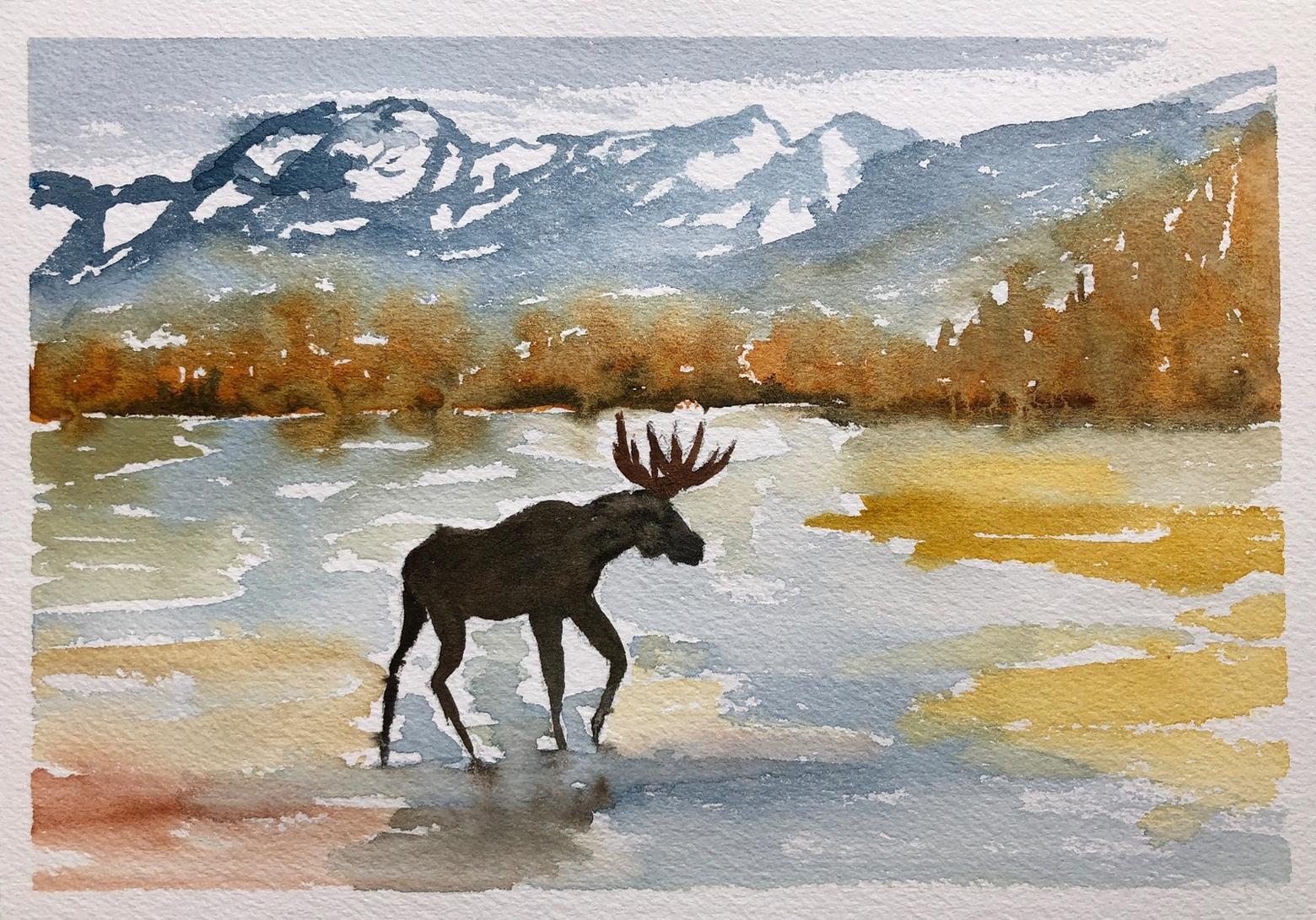 The joy and the difficulty of being an artist, you see something (the joy) and you know you want to paint it, you must solve all the problems (the difficulty) to get it on paper and make it a painting.


The moose aren’t loose in Jackson Hole. They are wild.  During the winter season, take special care when you drive—slow down, not only for your sake but theirs.

A Late Summer Hike In The Tetons Leads To "Rock of Ages"
In Watercolor Diary, Sue Cedarholm is painting a new place every day. In day 155, she ventures into the Tetons’ Hanging Canyon to...
Read
Back to home