It’s telling that every influential angler we know also knows and respects Marshall Cutchin. He is a deep thinker about humankind’s treatment of the natural world. When he engages in recreation he is not merely a participant.  He legitimately sees it as an exercise in re-creation but he worries that such opportunities may be lost to future generations.


Cutchin resides with his wife and kids in Fort Collins, Colorado.  A long-time writer and publisher, he believes that journalism provides the keys to civic engagement and awareness.  He is the publisher of MidCurrent.com and the owner of Material Digital agency.


We welcome Cutchin to our humble ranks. Whether you are an angling fanatic or not, we know you’ll be fascinated by what he has to say. 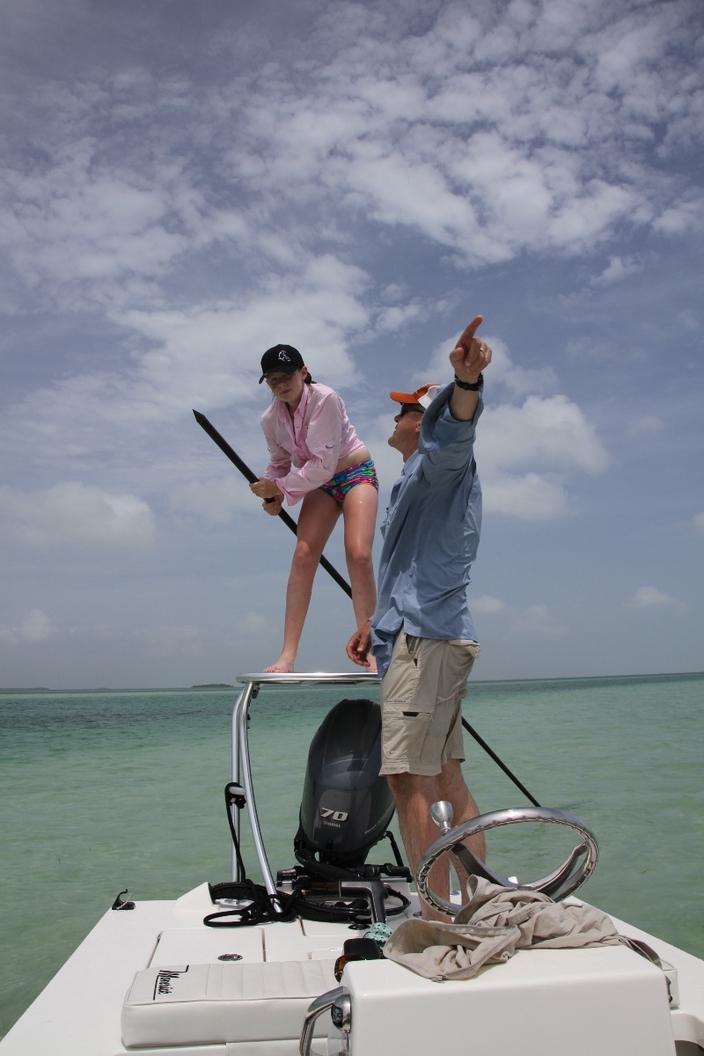 Marshall Cutchin and his daughter on the flats of Key West.
MOUNTAIN JOURNAL: You founded a very successful online forum, MidCurrent, that has a readership of anglers from around the world.  For those who have never seen it—and who we strongly encourage to visit—elaborate a little on the traction that your site commands for fly fishers in a world dominated by media overload.


MARSHALL CUTCHIN: MidCurrent was created to inspire everyone to try fly fishing and become better at it.   We focused on both teaching and entertaining, but we also celebrate the culture of fly fishing, which extends far beyond the simple act of casting flies at fish. Our broad scope and insistence on credibility and accuracy of information has enabled us to build the largest audience of fly fishers in the world.


MOJO: While living in Key West, you became a somewhat legendary flyfishing guide, falling into the company of some pretty famous outdoors people from Greater Yellowstone—Michael Keaton, Tom McGuane, Tom Brokaw, Yvon Chouinard, Russell Chatham and others— who make pilgrimages to far south Florida in search of permit, bonefish, tarpon and other species. What kind of kindredness do you have with this merry band of flat boat pirates? 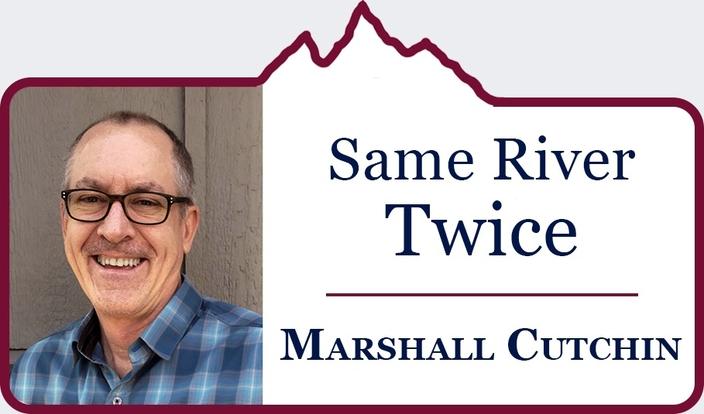 CUTCHIN: I think of my 12 years as a fishing guide--and spending some of those years on the water for more than 300 days--as my "time in the desert."  The flats require you to be incredibly patient and always ready at the same time. It attracts artists, writers, businessmen and activists because there's no place else quite as demanding and rewarding at the same time.


MOJO: You moved to the American West.  Why?


CUTCHIN: When I first came West, to live in Montana for a couple of years, I thought, "Why didn't anyone tell me this was out here?"  The vastness, the limitless horizon, the ease with which one can get lost--all reminded me, and still do fortunately, of the ocean.  Besides, it's a great place to raise kids.

MOJO: We've had many discussions about the challenges and, in some ways, the dysfunctional state of the U.S. environmental movement.  What tangible lessons can Greater Yellowstoneans learn from the conservation battles that you faced in Key West and that continue to flare?


CUTCHIN: When I look at a geographically limited area like Key West—which has a lot of parallels to a place like Jackson, Wyoming because of the limits on habitable space, dependence on tourism, and economic disparity—I'm reminded that when human beings give up a sustainable relationship with nature they are giving up a lot more than they realize. In unique places like the south Florida or the Yellowstone ecosystem, jobs that don't involve protecting and benefiting from environmental prosperity almost always have hidden costs. We're just too influential a species to ignore that.

"In unique places like ... the Yellowstone ecosystem, jobs that don't involve protecting and benefiting from environmental prosperity almost always have hidden costs. We're just too influential a species to ignore that."                           —Marshall Cutchin

MOJO:  As a longtime angler you keenly grasp the spiritual quality of fishing that isn't easily explained in words. You also, over the years, have gained more profound admiration—and empathy—for fish as wondrous sentient beings.  Has it tempered your own enthusiasm for casting a line?


CUTCHIN:  The kind of wonder I get from fishing now is just entirely different that I got at age eight or twenty-eight.  While I question my own angling more deeply as I get older, to me it brings me closer to some essential truth about why fishing is such an important part of my life.  What I do think is missing from the current narrative is a broader acceptance that fishing, like all outdoor sports, exacts a cost. We can do better at honestly assessing our impact, whether that's on a personal level in our relationship with fish, or on a societal level by accepting a leadership role in environmental protection.


MOJO: You also have lamented the decline of the Fourth Estate (journalism) in carrying out its fundamental role recognized by those who drafted the Constitution.  The essential role is to be a tenacious check on the three branches of government—the presidency, Congress, and the judiciary—and others who wield enormous power. What are some of the things journalism needs to do better?


CUTCHIN: It seems to me that more than ever, when journalism fails at narrative, it fails in a fundamental role.  An ever-accelerating exchange of information and ideas means that we rely increasingly on gatekeepers, who now find it harder than ever to do their jobs profitably. But in-depth journalism and storytelling are the only real answer we have to a world in which sensationalism and even automated manipulation of the news are common drivers of the conversation.
Increase our impact by sharing this story.

GET OUR FREE NEWSLETTER
Never Miss A Big Story!
Tags: Same River Twice

Roadkill: An Emergency Responder, Absent A Gun, Is Handed A Grim Task
When an elk in the Greater Yellowstone Ecosystem is struck by a car, it forces Steve Primm to reflect on the...
Read
Conservation, Leadership, Ryan Zinke, Wildlife