Beyond Money: The Failure Of Economics To Account For The Value Of Wild Places

Outdoor recreation in America is worth nearly $1 trillion annually but like any consumptive industry, it can make nature a casualty 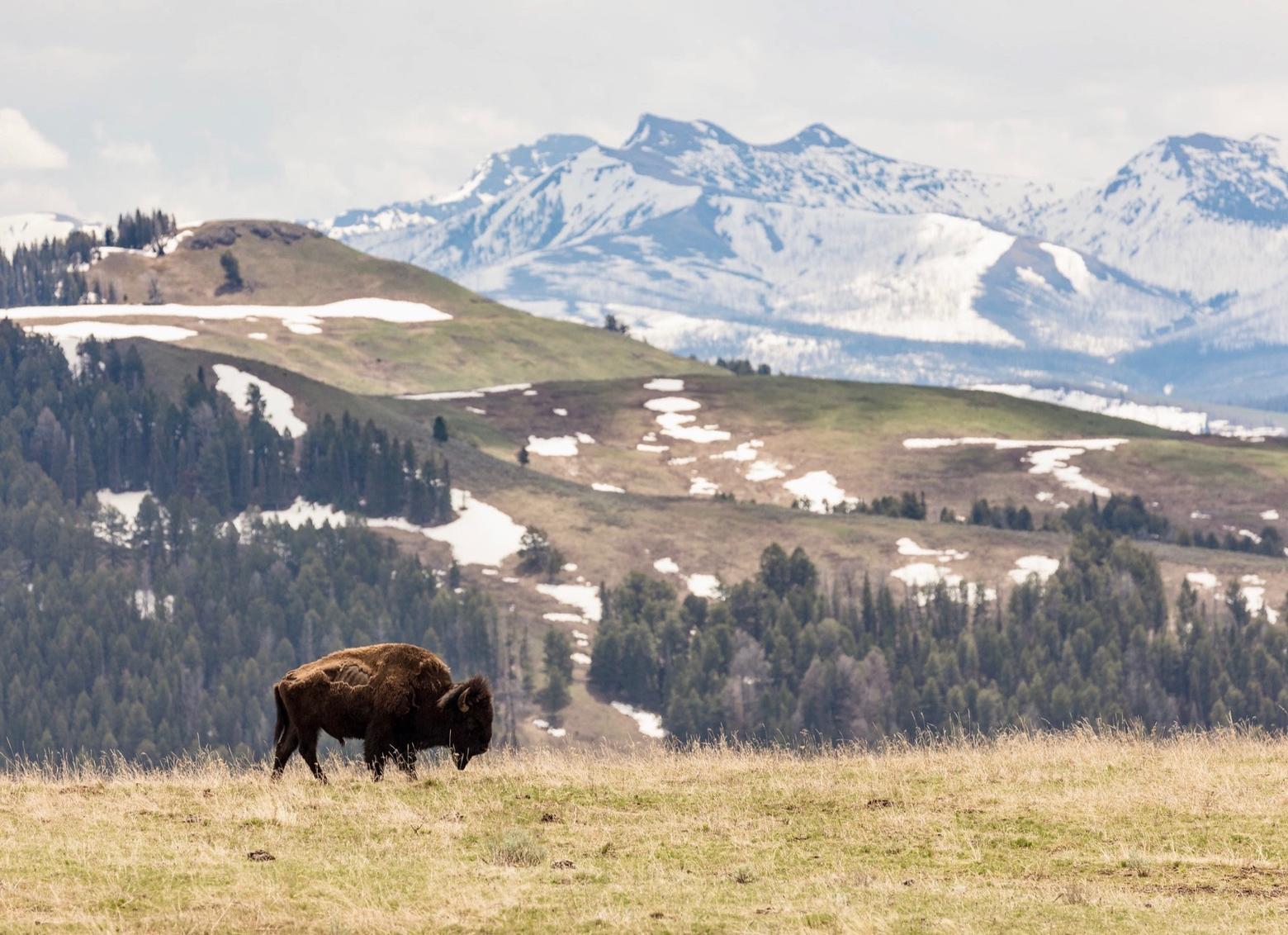 A bison in Yellowstone, descended from a small number of genetically-pure survivors that found refuge in the national park following the annihilation of 30 million in the American West. What's the value of keeping a species alive beyond economics and ledger sheets? Photo courtesy Jacob W. Frank/NPS
I suppose many are thrilled by the news that Montana ranks among the highest states per capita in outdoor recreation income. Not me.
Let me explain: I’m not trying to be a Donnie Downer, only that whenever statistics are invoked, they don’t always represent all sides to a story.
For example, and by comparison, when we invoke one set of economic figures to state that “Bozeman’s economy is booming” or that there is a record number of people flying in and out of the airport, seldom mentioned are the number of local residents working multiple jobs in order to pay their rents and put food on the table. Rising real estate costs that benefit some can lead to the displacement or eviction of others. Is that "success" in maintaining community character? 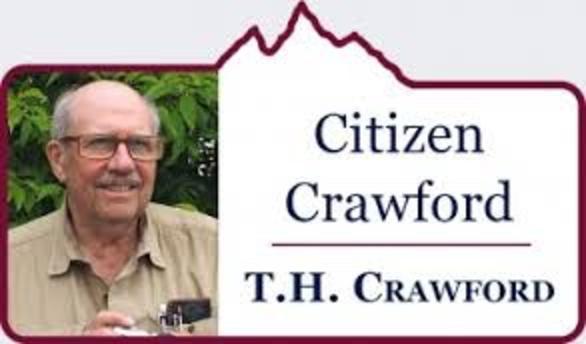 I well remember those days not so long ago when it seemed, or was necessary, to monetize outdoor recreation relative to the resource extractive industries (mining, logging, grazing and energy) in order to convince our elected representatives that the values of maintaining land in a natural state was worth legislative protection. Probably due to a lingering false belief that income derived from recreation seemed then of less consequence and perhaps even frivolous by comparison to liquidating resources pulled from the ground.
Despite income levels to the contrary a significant portion of our Montana legislators still clings to those older ideas. Old belief systems die slowly, often only with the passing of those who hold them most dear. From my point of view, our outdoor recreation businesses have reached a similar level of avaricious enthusiasm for profit at almost any cost, no different from the barons who preceded them, and it is this attitude, unreflective on impact, that represents a newfangled threat to the intrinsic values of our wildlands.
To put it bluntly, RECREATION by itself IS NOT INNATELY CONSERVATION.
All forms of outdoor recreation, whether they are our favored activities or not, have an impact on our wildlands and its non-human denizens. “Prosperity” to the benefit of some, however, is not a virtue in an unequal society.
Just as we have limits on the number of grizzlies and wolves we are willing to have in our towns and suburban neighborhoods, so too are there tolerance levels for the amount of invasion that bears, elk and other species can withstand from us. When those levels are surpassed, wildlife species disappear. This is not an abstract concept.
Certainly not any more than the difference between us desiring to float or wade a stream that has no or few other anglers compared to days now, increasing in number, when our casting is interrupted by a steady bombardment of drift boat flotillas. Don’t tell me that you don’t know what I’m writing about.
The video, above, shows what happens along Alaska's Kenai River when salmon are spawning and the scene becomes "combat fishing."  In Greater Yellowstone, there are many examples where warning lights are flashing.
In an editorial in the Bozeman Daily Chronicle which advocates for making limits on use of the Upper Madison River a priority, the authors wrote this:  "There were 207,000 fisherman days counted in 2017, with more than 12,000 guided fishing trips logged in 2018, and now there are 231 outfitters guiding anglers on the river. Continued pressure that heavy on a fragile ecosystem like the Madison threatens harm that could take many years to recover from."
To be sure, the different levels of impact are often argued, denied or downplayed by the different sport adherents; that they all cause some alarm among wild creatures cannot be disputed. In this light, wilderness while not an antidote to crushing recreation of the kind that has sullied “recreation meccas” like Moab, the Colorado Rockies and the Sierra, does provide a refuge from the human effects of our recreation.
The traditional definition of wilderness as being a place without intrusion of mechanized activity and bearing smaller traces of human interlopers is perhaps of exponential value as our recreation impacts gain monetary value in our capitalistic society.
Which is ironic because much of the environmental rhetoric of the last several decades has involved phrases like (voiced in opposition to hardrock mining) that “these wild places are worth more than gold.”
Could it also therefore be asserted that landscapes and rivers healthy with solitude-needing wildlife and wild fish are worth more than their exploitation by cyclists and pay to play anglers?
Be it from an earthmoving mine or steady, rising streams of people, it makes no difference to an animal what kind of disruption is taking place. This is a statement of conservation. And to suggest that one kind is better than another simply because we and our friends partake in it—or not— is being disingenuous at best, hypocritical at worst.
All this is not to say that I, as a lifelong outdoor recreationist myself, am opposed to outdoor recreation. I’m not. But I am willing to accept limits on my own desires if it means insuring that wildlife can persist.
° ° ° °
Having spent a good part of better than six and a half decades recreating on public (and of course private) land and water, I have some ideas on consumptive and non-consumptive uses of our shared public estate.
All of my adult life, hunting and fishing have been among my favored repertoire of outdoor activities I enjoy and readily partake in. I have seen excellent places to hunt and fish, once touted in the pages of outdoor magazines, become overcrowded, the essence of the experience destroyed and even game populations, especially in the case of birds dwindle, despite daily bag limits.

I have seen excellent places to hunt and fish, once they become touted in the pages of outdoor magazines, quickly turn overcrowded, the essence of the experience destroyed and even game populations, especially in the case of birds dwindle, despite daily bag limits.

We’ve been seeing it happen with flyfishing on our streams and with hiking trails and now, with the onslaught of mountain biking and backcountry skiing. Let’s be clear: consumptive recreation does not necessarily mean returning to your automobile, home or wherever with fish, game or treasure.
As numerous studies show and as wildlife-free parts of the landscape attest without the need to gather further evidence, our growing use of wildlands can be an alarming incursion for the native occupants to a greater or lesser degree, relative to our levels of disturbance. Impacts are the detritus of our imposing presence. Yes, I use the word imposing.
We are imposing our personal desires on other creatures who probably do not relish them. Currently there is some serious pressure to allow mountain bikes on trails in wilderness areas. Both speed and surprise are cause for anxiety in wildlife, most particularly those which are prey for predators, and also often prey themselves for humans.
Like the climate change denialists who simply disavow any science they don’t wish to hear, the same is true for certain outdoor recreationists. When you deny well-established science that justifies protection for other species, you disqualify yourself from claiming to be a conservationist.

Like the climate change denialists who simply disavow any science they don’t wish to hear, the same is true for certain outdoor recreationists. When you deny well-established science that justifies protection for other species, you disqualify yourself from claiming to be a conservationist.

Our presence, whether walking or sitting in meditation with our strange and fearful scent, is unsettling for most backcountry inhabitants, unless through some natural quirk one becomes the object of a meal. Vehicles of all forms belong on established trails and roads of various sizes where the local critters have become accustomed to their presence. Even then studies and, again, places where wildlife have become devoid from the landscape, speak to animals avoiding areas with high levels of human use.
Those of us who own dogs, too, know that letting them roam off-leash creates wildlife-absent places. And now with winter nearly upon us, we can also note that snowmobiles have their place, but not high-marking in wilderness. Areas closer to rescue in case of avalanche are the more sane approach. XC and tele- skiers should also choose areas to explore with some restraint.
As has been demonstrated in Jackson Hole on Teton Pass, if skiers aren’t displacing animals, the quest to find unbroken powder has in recent years brought near-fatal experiences for humans by triggering avalanches that nearly swept away other outdoor recreationists below. 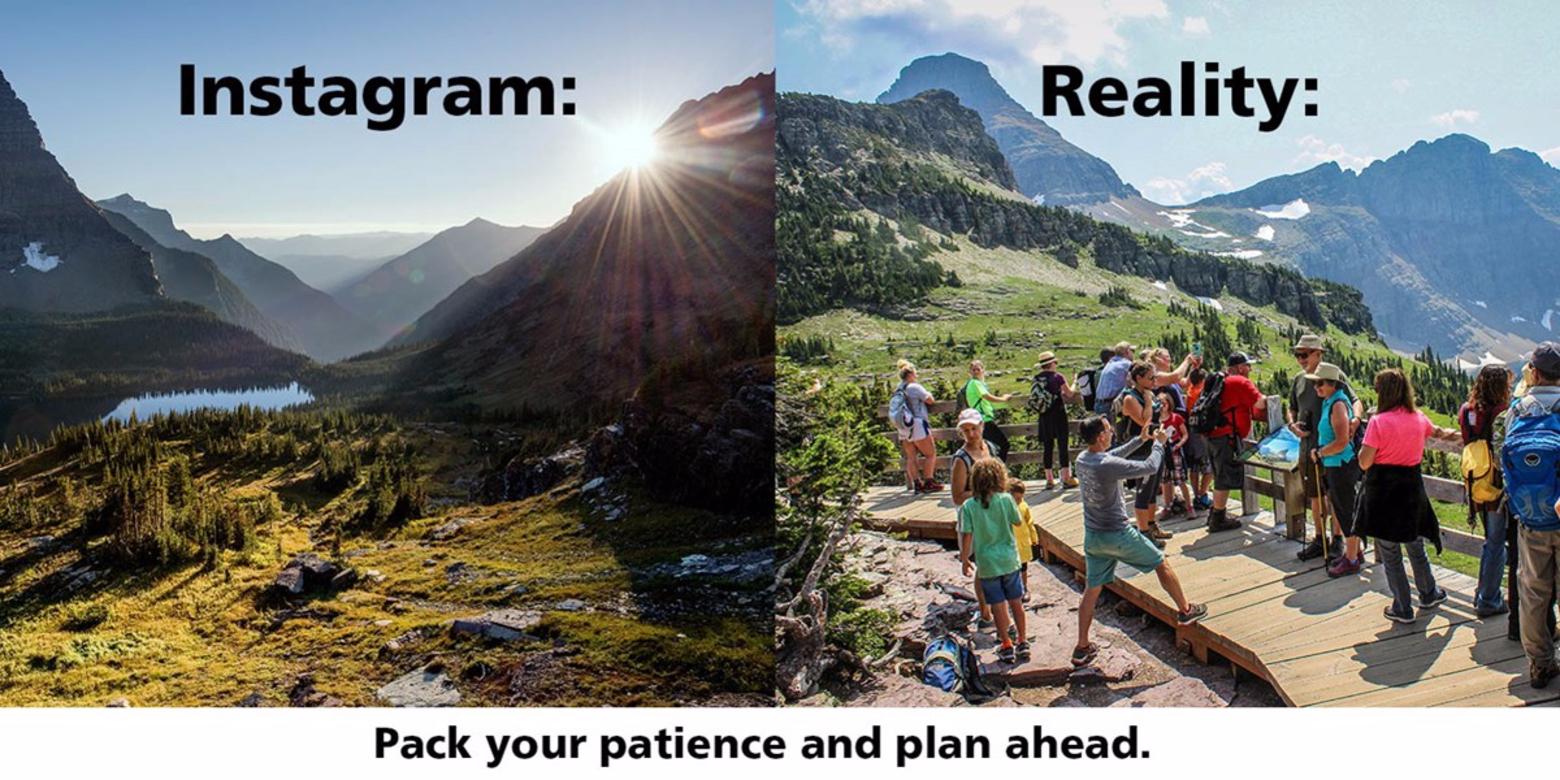 This graphic was created by Glacier National Park to prepare visitors for what awaits them. Image courtesy Glacier National Park
Those pursuing truly non-consumption use of the wildlands are probably cognizant of their place in nature without need for further explanation. It isn’t a premise that’s difficult to understand. If you are using another person’s property you will usually engage with respect for the owners if you want to be invited back.
With public lands we are the owners but the only permanent dwellers are those animals that have a finite amount of space in which to survive. What the latest stats about the rising outdoor recreation economy don’t factor, and haven’t tabulated, are those costs.
The problem with any “industry” and the bean counters associated with it is that one profit plateau is never enough. Growth begets growth, access begets demands for more access, the push to monetize is ceaseless—the same way we felled old-growth forests for the merchantable timber of certain tree species and we slashed and burned the rest.

The problem with any “industry” and the bean counters associated with it is that one profit plateau is never enough. Growth begets growth, access begets demands for more access, the push to monetize is ceaseless—the same way we felled old-growth forests for the merchantable timber of certain tree species and we slashed and burned the rest.

Today I see many environmental groups that have become advocates for human uses over the conservation of species, which sadly represents a marked departure from their core values of only a generation ago. Ask them to explain how their positions are translating into better conservation outcomes and they can’t or won’t tell you.
If it’s just about copping another place to ride, ski, or hike, there are plenty of resort areas—sacrifice areas—that offer commanding views and terrain suitable for igniting the adrenalin. But the untrammeled public lands of Greater Yellowstone stand out as exceptional by what still lives there, by what existed there long before any of these modern outdoor pursuits were invented.
One important measure of success, in assessing the virtue of the recreation economy, ought to be whether the commercial commodification of the backcountry and rising human uses are resulting in places still supporting outstanding levels of wildlife.
If not, then outdoor recreation is no different from the resource extraction industries of old it is replacing. And if that’s the case, then its proponents have no business making the claim that they are “conserving” the character of the land. If you are negatively impacting wildlife and jeopardizing its persistence, then you are a user and little more.