High Living For Whom In America's Quarter Million Dollar County?

What if the average per capita local income was $250,000? In Teton County, Wyoming, it's true, but you know what they say about statistics, eh 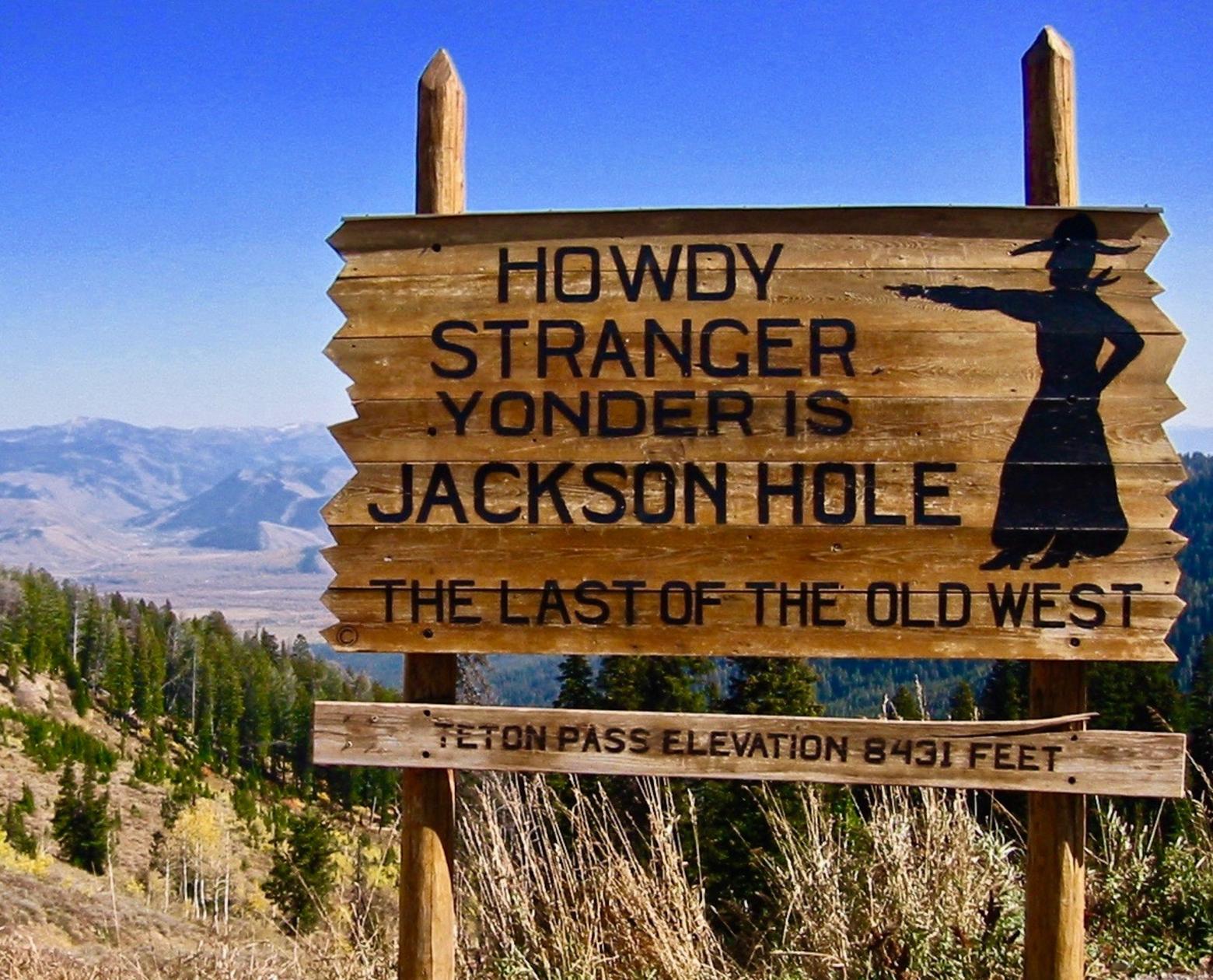 Jackson Hole exudes a quaint "Old West" charm but behind the tourism image lies the richest county per capita in all of America. Yes, right in the heart of the wildest ecosystem in the Lower 48 states is a place where statistical per person income is highest in the land. How does that concentration of wealth manifest itself? And how can it better protect the priceless things in nature?
EDITOR'S NOTE:  For decades, Jackson Hole-based demographic analyst and MoJo friend Jonathan Schechter has been crunching numbers. For years he also wrote a popular newspaper column. Now he has a new series of insights offered through his site, CoThrive, some of which are being published at Mountain Journal.  Enjoy. And remember to subscribe not only to MoJo's regular free newsletter but observations offered through CoThrive's website. Visit it.
By Jonathan Schechter
$251,728.
In mid-November, the US Bureau of Economic Analysis (BEA) released its 2018 economic data for America’s counties. Using 2017 income tax data, the BEA calculated Teton County’s per capita income to be $251,728. One quarter of a million dollars, plus $1,728.
That, according to the BEA, was the mean amount of money earned by every one of Teton County’s 23,081 permanent residents. Regardless of age, gender, work status, or what have you.
We’re the quarter-million dollar county, located right in the middle of the Greater Yellowstone Ecosystem.
Never before in American history has a county had an annual per capita income of one quarter of a million dollars. Indeed, only five times in American history has a county had a per capita income of $200,000 or more: Teton County in 2014: $200,044 Teton County in 2015: $202,833 Teton County in 2016: $214,020 Teton County in 2017: $227,753 Teton County in 2018: $251,728. 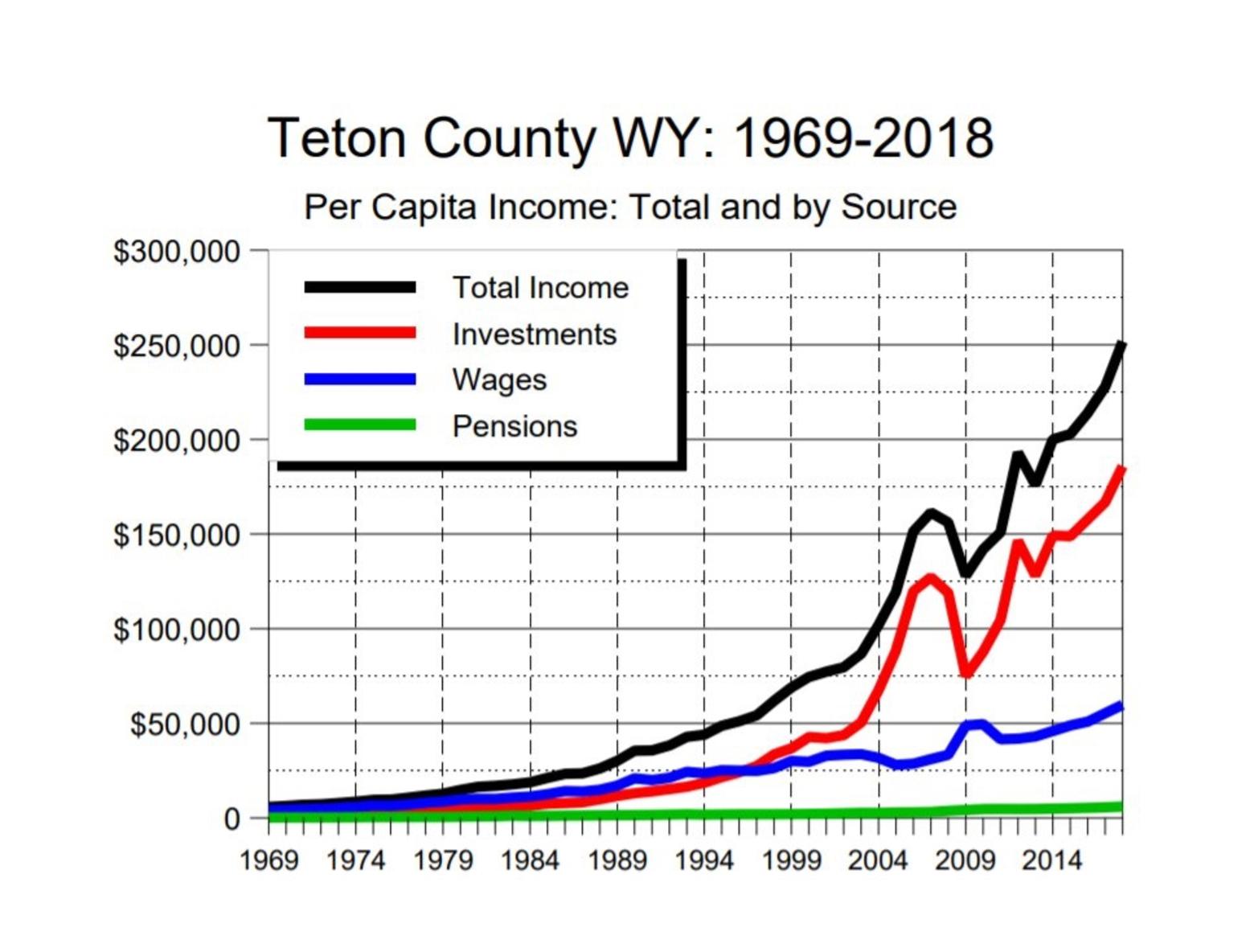 All graphics courtesy Jonathan Schechter/https://cothrive.earth/blog
$251,728 ranks Teton County first among America’s 3,113 counties, and 2018 marked the 15th consecutive year Teton County has ranked first in the nation in per capita income.

$251,728 ranks Teton County first among America’s 3,113 counties, and 2018 marked the 15th consecutive year Teton County has ranked first in the nation in per capita income. 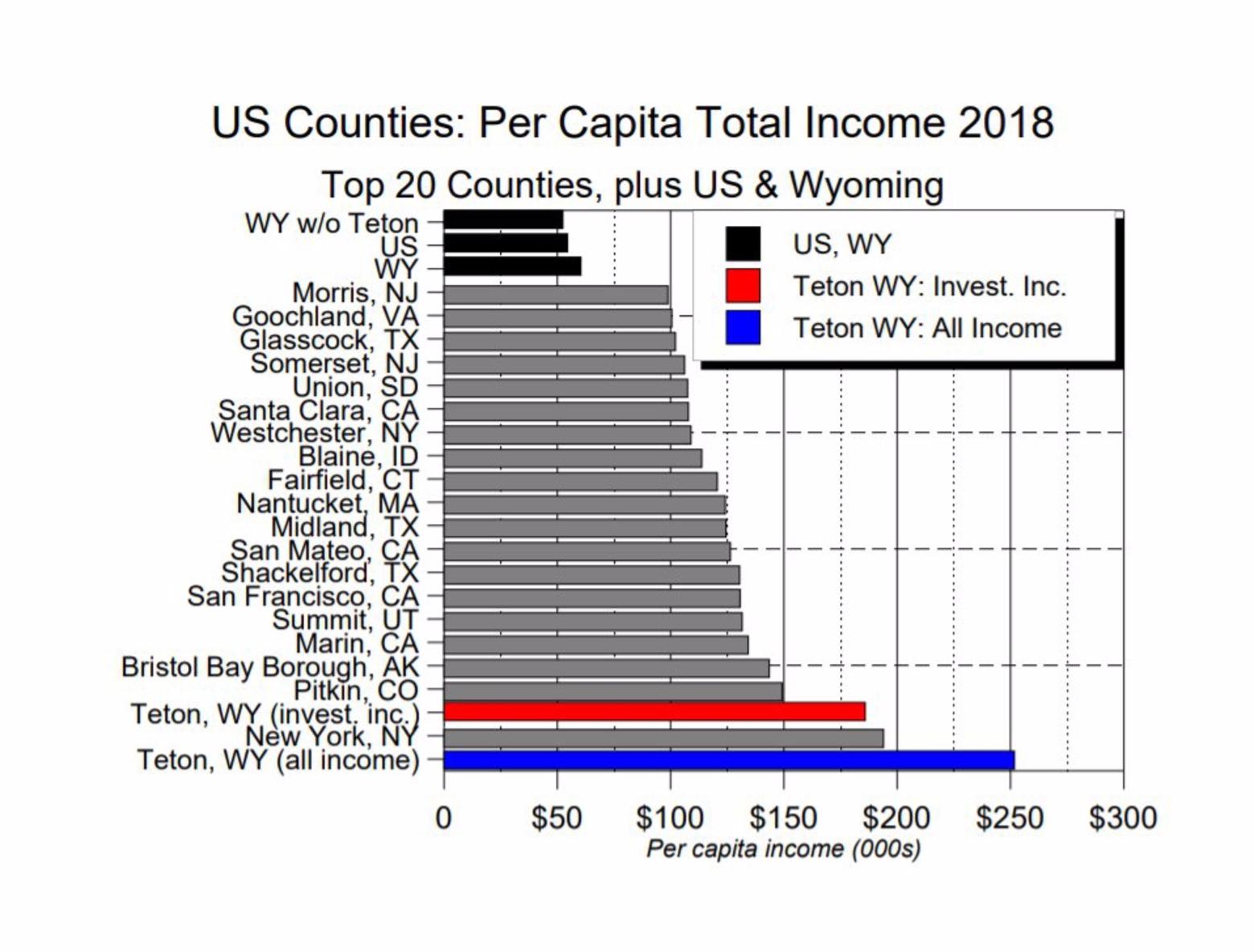 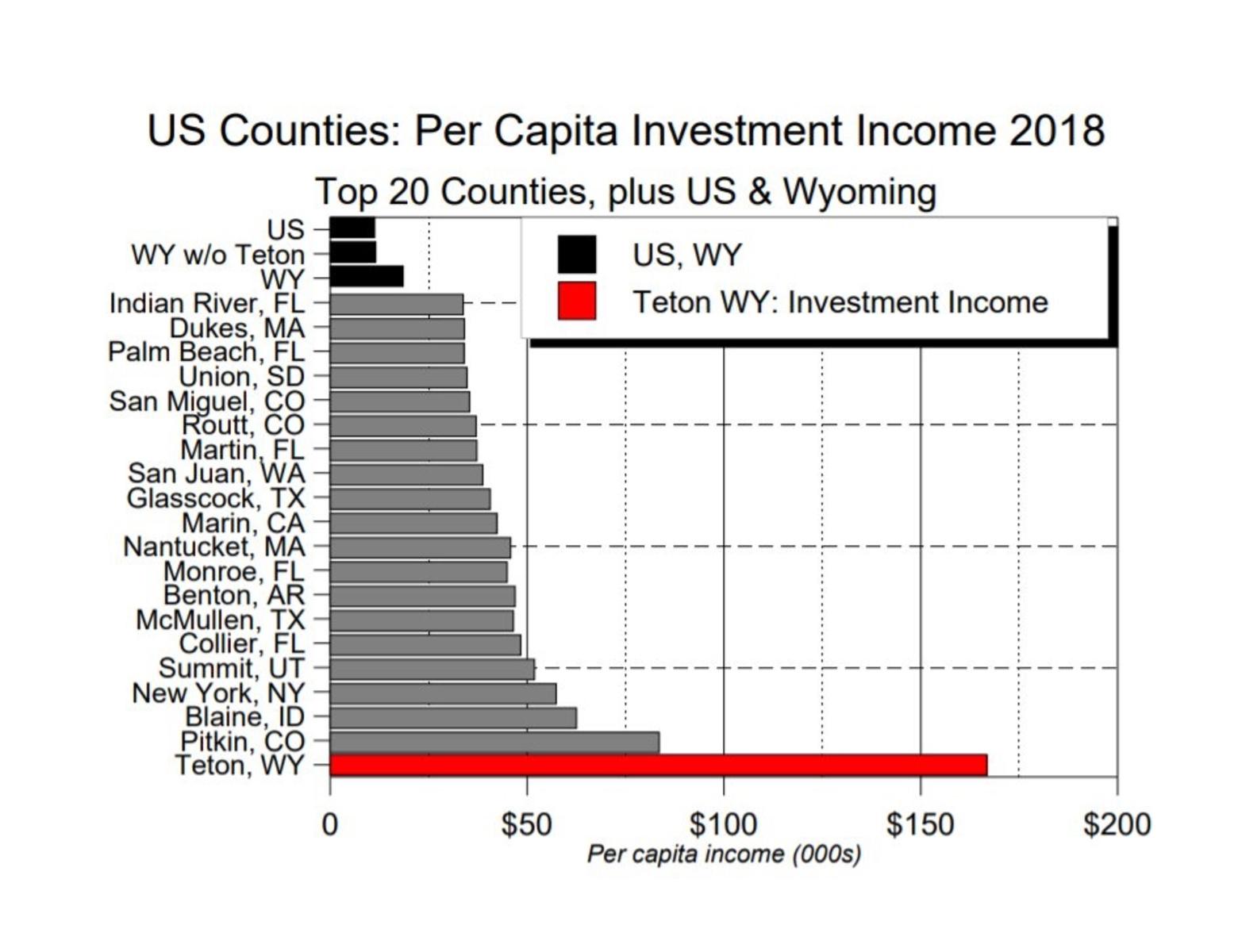 74 percent of Teton County’s total income came from investments, a figure that also led the nation. 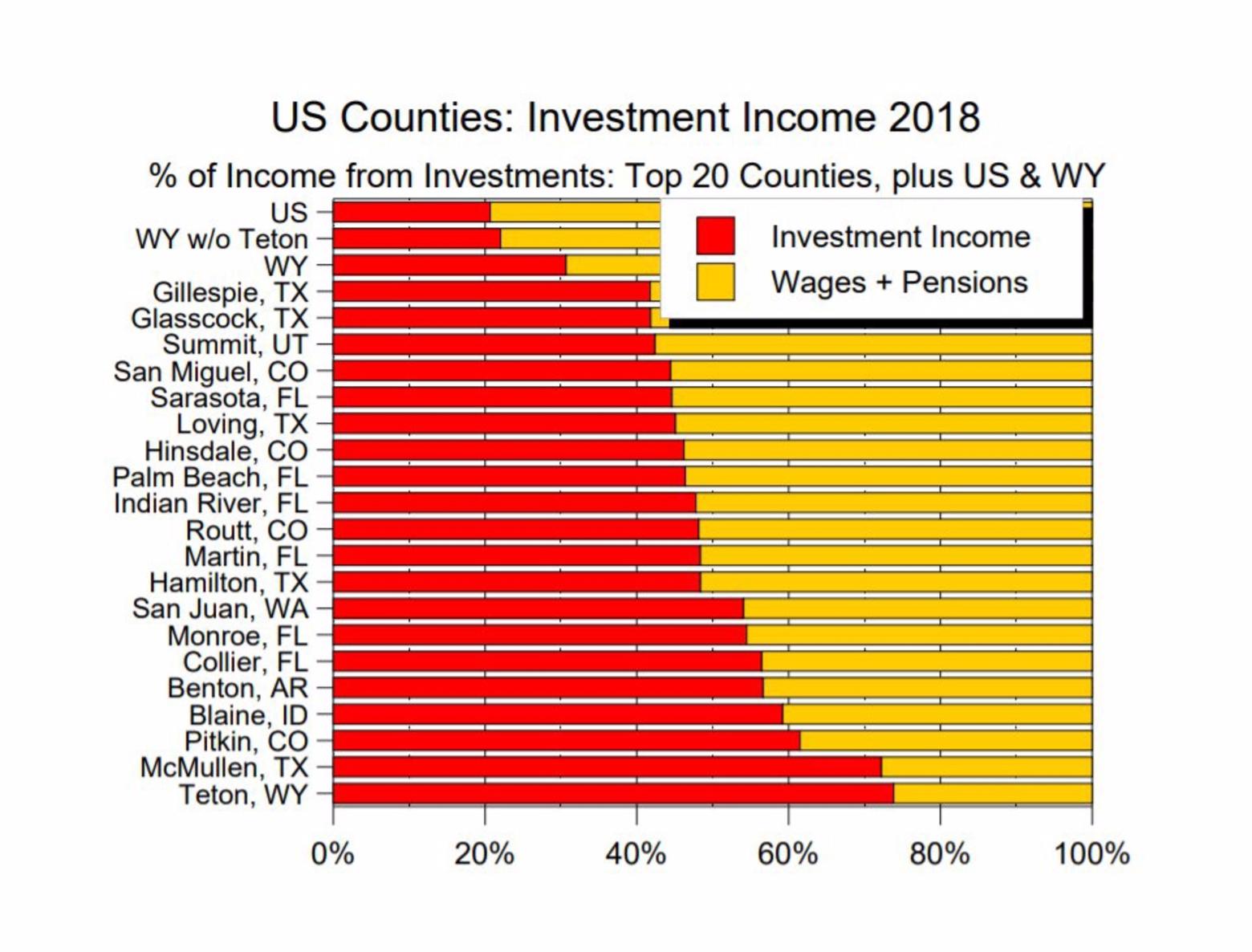 Interestingly, Teton County also ranked in the top 1 percent nationally for wage income: Our per capita wage income alone was $59,809, ranking us 25th among all US counties, and a figure higher than the total income in 92 percent of all of the nation’s counties. But because our wage income accounted for only 24 percent of our total income – the nation’s second-lowest percentage – that nearly $60,000 figure seems relatively inconsequential. Unless, of course, you depend on wages for your income.  Between 2017 and 2018, Teton County’s per capita income grew $23,976. To repeat a now-familiar refrain, this was the nation’s highest figure, and that growth alone was greater than the total 2018 per capita income in America’s 14 poorest counties. 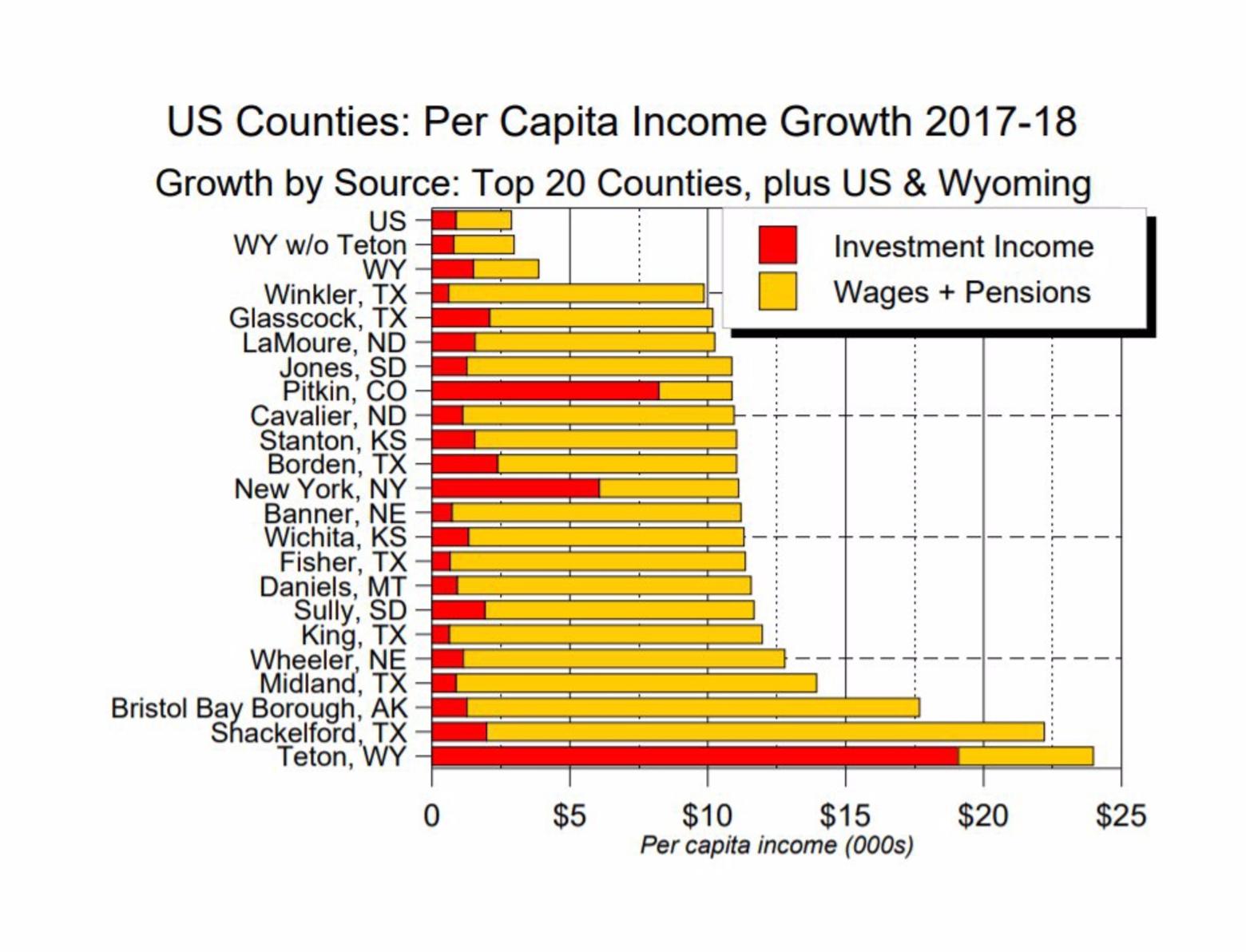 Not surprisingly, of our 2017-18 income growth, $19,091 – 80 percent – came from increased investment income. The national average growth in investment income was $875, 5 percent of Teton County’s figure.
No other county saw its per capita income grow by more than $8,230, 43 percent of Teton County’s figure. I could keep going, but the two basic points are clear: By the widest margin ever, on a per capita basis Teton County retains its title as the wealthiest county in the wealthiest country in the history of the world. The source of that wealth is investment income While Wyoming’s status as an “on-shore, off-shore” tax haven is the obvious reason for our tremendous income, and in particular our tremendous investment income, there’s more to it than that. Far more, actually, for if it were just tax considerations driving our success, other Wyoming counties would enjoy a similarly high income and similarly high proportion of investment income. But they don’t. Not even close. 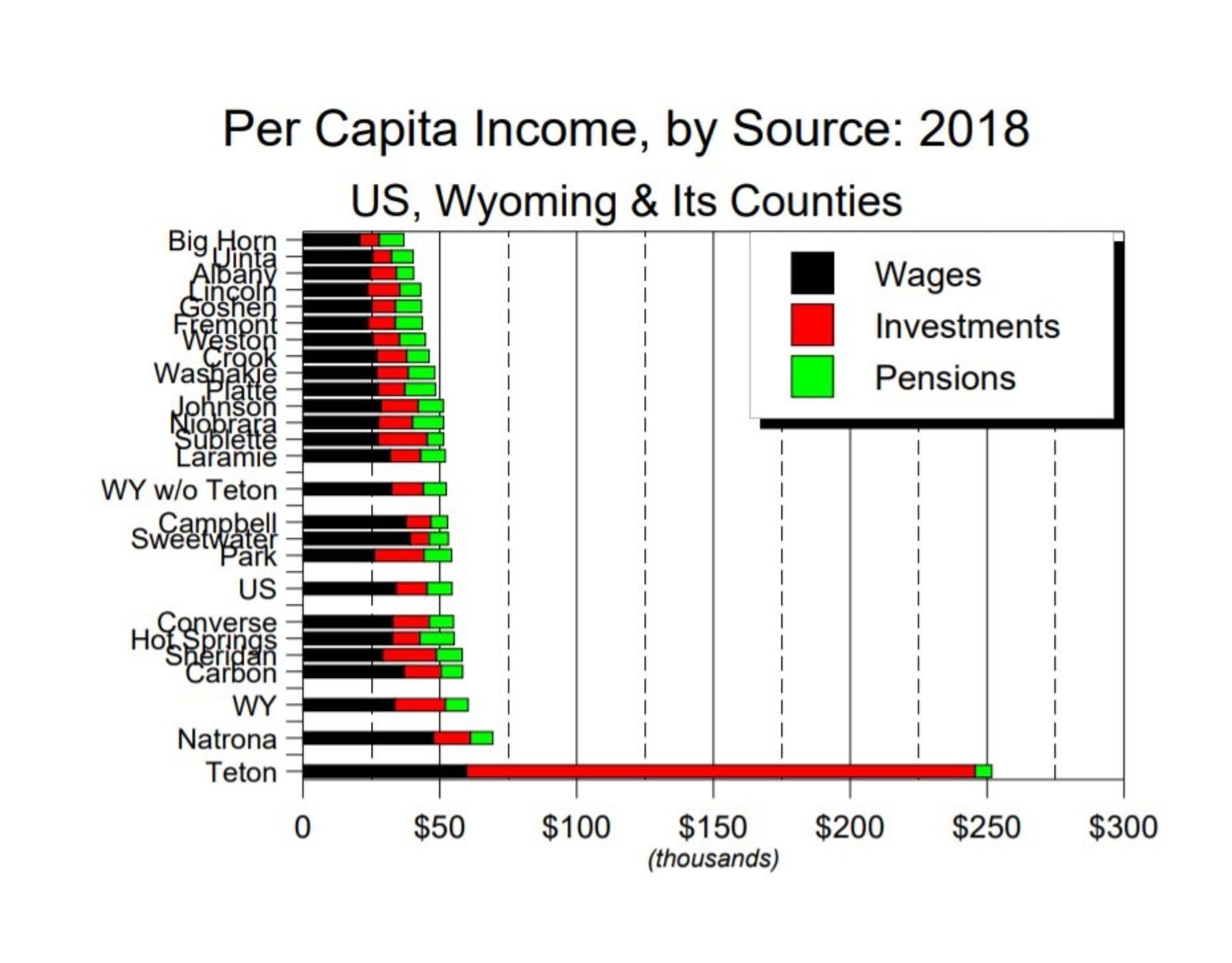 Instead, Teton County enjoys its singular place in history because of a combination of factors, including Wyoming’s tax-friendly status plus all of the hard and important conservation work done in the region over the past 150 years plus all that has been done to build the community’s human elements: its people, culture, and character. Which leads into a statement of the obvious: Very few things in life are purely good or purely bad.
From that perspective, there are clearly downsides to Teton County’s record-setting wealth. For one, Teton County’s record-breaking per capita income figure also means Teton County will retain its title as the US county with the greatest income inequality. For another, the unprecedented amount and growth in income has had, and will continue to have, profoundly distorting effects on the qualities that attract people to Jackson Hole in the first place, including socio-economic diversity and the sense of community that flows from it.
All of these and more are subjects for exploration in further essays. First, though, it’s worth taking a moment to simply stand in amazement at the idea that, for the first time in American history, a county is so rich that in one year, its “average” resident earned one quarter of a million dollars. The mind boggles. 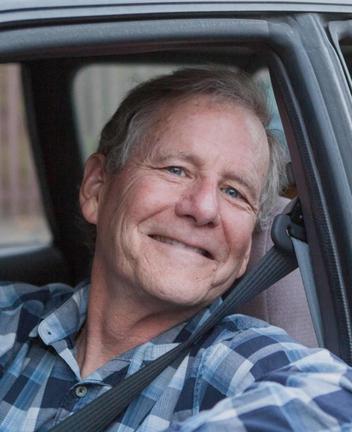 Jonathan Schechter has a diverse background. Most of his civic and professional life revolves around answering the question of what makes communities thrive in ways that benefit local citizens while maintaining healthy environments and economies. Schechter currently holds an elected position on the Jackson (Wyo) Town Council and recently he served on the St. John's Hospital Board of Trustees. As the founder of CoThrive and the Charture Institute, he has been a big picture thinker and writer. He's been an organizer of 1 Percent for the Tetons and Silicon Couloir and he has hosted a number of 22 in 21 conferences that explore the intersection of public and private land. (22 is the number of Teton County license plates; 21 stands for this century).