Selling Off The Historic Playground To Pay For Growth

Are Bozeman Public School Officials Delivering A Lesson In Knowing The Price For Everything But The Value of Nothing? 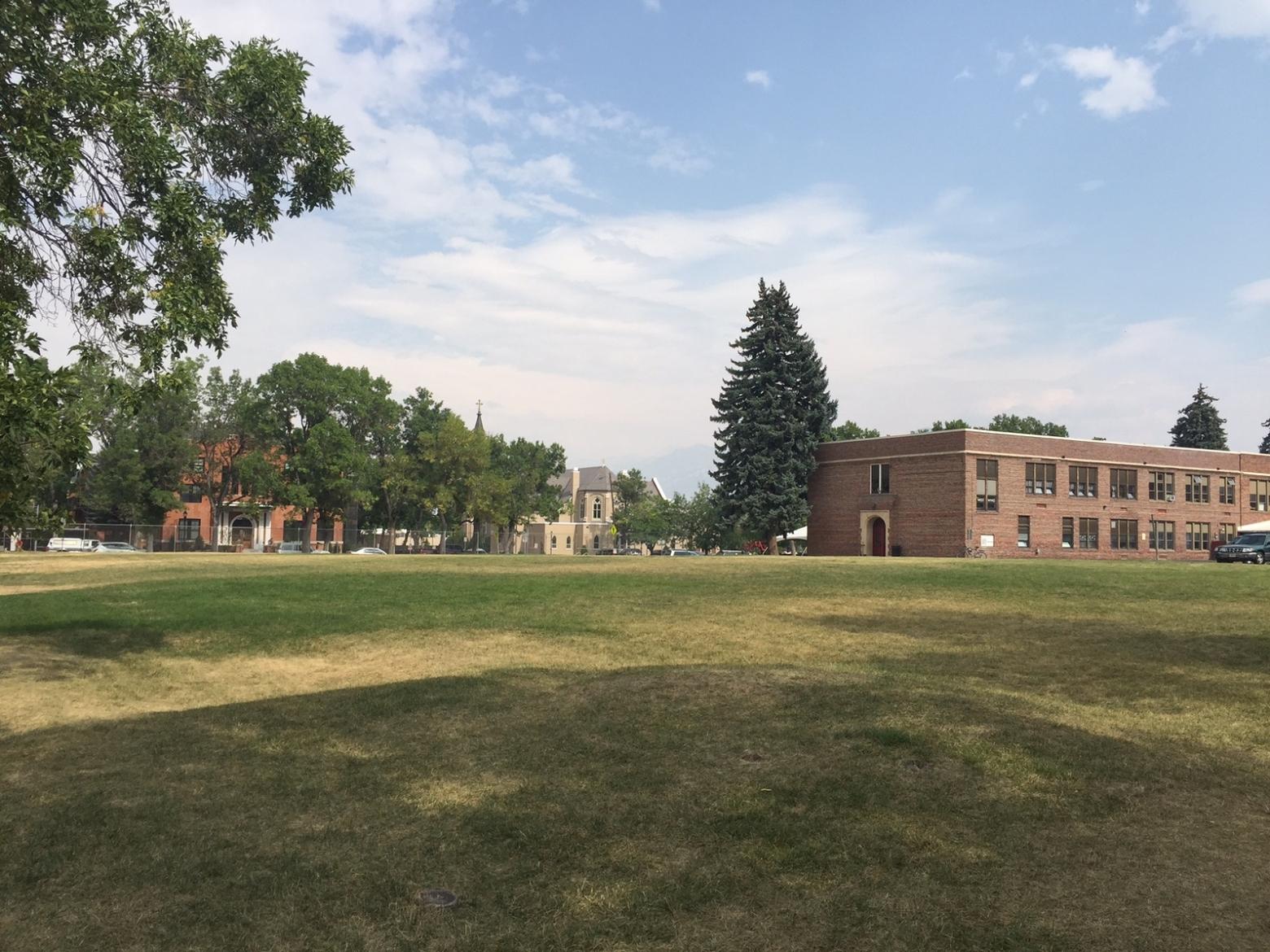 The historic lawn of the Emerson Cultural Center in Bozeman.
Why am I wary of monetization?
I suppose because it brings to mind the old cliché: a cynic is one who knows the price of everything and the value of nothing. We’re putting a price-tag on lots of public assets, it seems, intent upon liquidating them to the highest bidders.
This oversimplification can certainly be applied to the ongoing conflict about proposals to sell or privatize federal public lands in the West. To paraphrase my old friend Ray Rasker of Headwaters Economics: “We quantify many things about the economics of the West and the Greater Yellowstone area, but we can’t really assess the value of why we live here.”
Consider the current resounding public outcry over Secretary of the Interior Ryan Zinke’s arbitrary judgements about the size and even the existence of some presidentially-created national monuments. His motivation, on one hand, is intended to trumpet the financial value of lands inside monuments only in terms of their potential value for resource extraction.  But this rationale, of emphasizing monetary value based on their quick-return exploitation over the public’s long-term pleasurable use of those lands defies reason.
In Bozeman, this same kind of thinking is now hitting very close to home with talk of divesting another kind of valuable piece of public land. Ironically, the entities pushing this bad idea are those people who are in charge of Bozeman’s public schools. What lessons are they imparting to the youth who will be our leaders of tomorrow?  Will this be featured in future courses on civics? 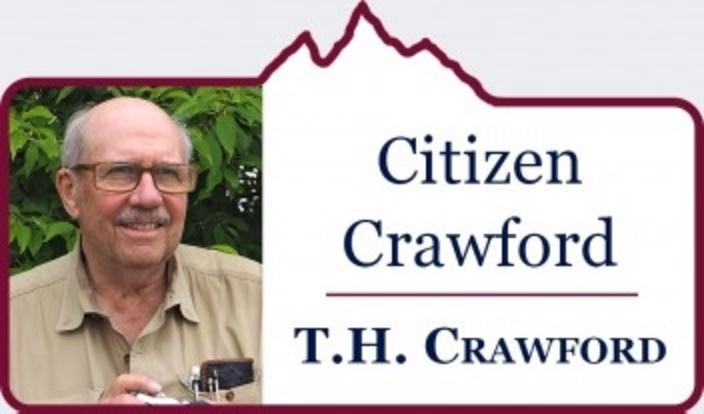 If Secretary Zinke’s meddling with national monuments is viewed as a macrocosm, while no hurricane in a kettle, the growing controversy over proposals to sell the lawn of the Emerson Cultural Center—which functions now as a public park and valuable green space—certainly reflects a microcosm at the neighborhood level.
The .8 acre of lawn at the Emerson has been used for the last quarter century as an important adjunct for outdoor public recreation, “Lunch on the Lawn”, and other events, coincidental with the cultural activities within.  A kind of crazy notion which surfaced recently is that twenty-five years of uncontested or interrupted use should qualify now as “adverse possession”.
Adverse possession, as in the public cultivating a strong affinity for the lawn—which actually does belong to the public.  Still, public school officials are not only ignoring this important fact but they appear poised to brazenly put it on the auction block to impetuously fix a budget shortfall.
While probably not properly legal, the move by public school officials to sell off the Emerson lawn because they are cash-strapped in this era of runaway growth and need for new schools, does bring up the question of just what the hell is the provision of “acquired adverse public possession” really about?
To return to my first point, how can a true public value be arrived at and how can that be measured against the appraised monetary value of, say, a beloved community lawn? If it didn’t exist already, having the Emerson lawn is an asset that any community worth its salt would want to have.
Prior to the Emerson morphing into a cultural center, the grounds were home to a public grade school. In the petition submitted to the U.S. Department of Interior in 1990, seeking to have the Emerson school site added to the National Register of Historic Places, local historians wrote, “Located on a block that has served as the center of public educational activities since the construction of the community's first brick school in 1877, the Emerson School is the third in a succession of school buildings designed to serve the needs of elementary age students at that location.”

The lawn at the Emerson need not pass from public ownership. This isn't what "successful" towns do. It's an act of desperation.

The Emerson lawn, crucial to the overall character of the cultural center, is a major contributing asset to the surrounding neighborhoods and a place for green space relief in a downtown becoming ever more carpeted in concrete and mortar. The irony being that as development happens such green space parks will become ever more treasured by the public.
If the Emerson property is sold to (presumably) a developer it means passing from public ownership to private interests through the instrument of monetization. Thus a piece of land long held in public ownership and beneficial to the Emerson for a quarter century passes into the realm of private interests furthering the indiscriminate development of Bozeman.  Does this make sense?
Another irony being that such development will itself add to the probable future needs for more schools and infrastructure to which the sale of the lawn is, in reality, merely hasty liquidation of a public asset that will not resolve the larger problem. This occurrence comes at the loss of public open space in Bozeman and its inestimable recreational value to citizens now and in the future.
Will the taxes generated by development truly compensate for the additional social and infrastructural costs, or will they be spread among the greater taxpaying base, just as the costs of growth currently are being subsidized by the public? The problem goes, as you can see, way beyond the unquantifiable lost public values and far more easily measured gain for private developers.
This is yet another unfortunate symbol of the present Bozeman quandary, being willing to sell off things we profoundly value in the present in order to, allegedly, achieve a better future. What do we want the city to become?  Yes, it is our city. Should developers be encouraged to come into this city and reap what they perceive as low-hanging fruit with the complicity of city and school officials elected and otherwise, following the shibboleth that growth is necessary or stagnation will occur?
Unchecked growth is the paradigm of the cancer cell as Edward Abbey so aptly pointed out decades ago. In terms of intangible public value, conjure, if you can, the joyful sounds of thousands of childrens’ voices across generations as they frolicked and shouted with exuberance on the Emerson lawn for well over a century. Add to this the intermingling of adult expressions of happiness conjoining, with baritone and bass orchestral accompaniment lending weight to my previous allusion to the curiously phrased “adverse possession”.
Can this monetarization, i.e. the value realized in a simple real estate deal, begin to compare, particularly in honestly assessing what is being lost?
Part of the blame rests squarely on our elected officials in Helena who have not only shortchanged funding for public schools but they refuse to let local democracy work by allowing citizens to even consider passing a tax aimed primarily at the millions of visitors passing through Bozeman each year. A small lodging tax would generate millions that could be used to help mitigate the costs of growth.
Another part of the blame resides with city and county officials who have yet to devise a coherent strategy for dealing with the rising costs of growth, forcing our public schools and taxpayers to bear the brunt.
As Bozeman continues to grow with or without responsive planning, open space—most especially green ones—will remain buffers against emotional and psychic trauma increasing at a geometric rate even surpassing the dollar values of our real estate.  If you question this, check with your realtor on prices of homes adjacent to, say, Cooper Park, or ask Mountain Journal’s column-writing psychotherapist Timothy Tate.
The lawn at the Emerson need not pass from public ownership. This isn't what "successful" towns do. It's an act of desperation. An easy solution would be for the school district to do what’s right and hand it over to the city to be an official park.  A conditional use agreement between the city/school district and the Emerson folk could easily be accomplished and benefit Bozemanites young and old forever.
If not, here’s an assignment for leaders of the Bozeman public school system and its duly elected school board: perhaps you might explain what life-long lessons you are teaching our young impressionable minds about the true meaning and values of sustainable community?
EDITOR'S NOTE: Tim Crawford has been a longtime patron of the historic Emerson Cultural Center and along with other citizens helped save it a quarter century ago from proposed demolition.

Steve Primm Wades Into The Sagebrush Sea
Most people dwelling in Greater Yellowstone might live in towns and small cities but rural people and their lands hold the...
Read
Big Art of Nature, Community, Community Change, Public Lands

The Future Of The Local Small Town Ski Hill
Sue Cedarholm paints a picture that speaks to both nostalgia and concern about Snow King
Read
Community Change, Culture, Growth

Why Do We Run Away?
Maybe the only hope we have to stop our towns and wild places from changing is to change our belief that...
Read
Back to home