The Great Migration: As Money And Young People Flow Into Cities, Will The Rural West Survive? 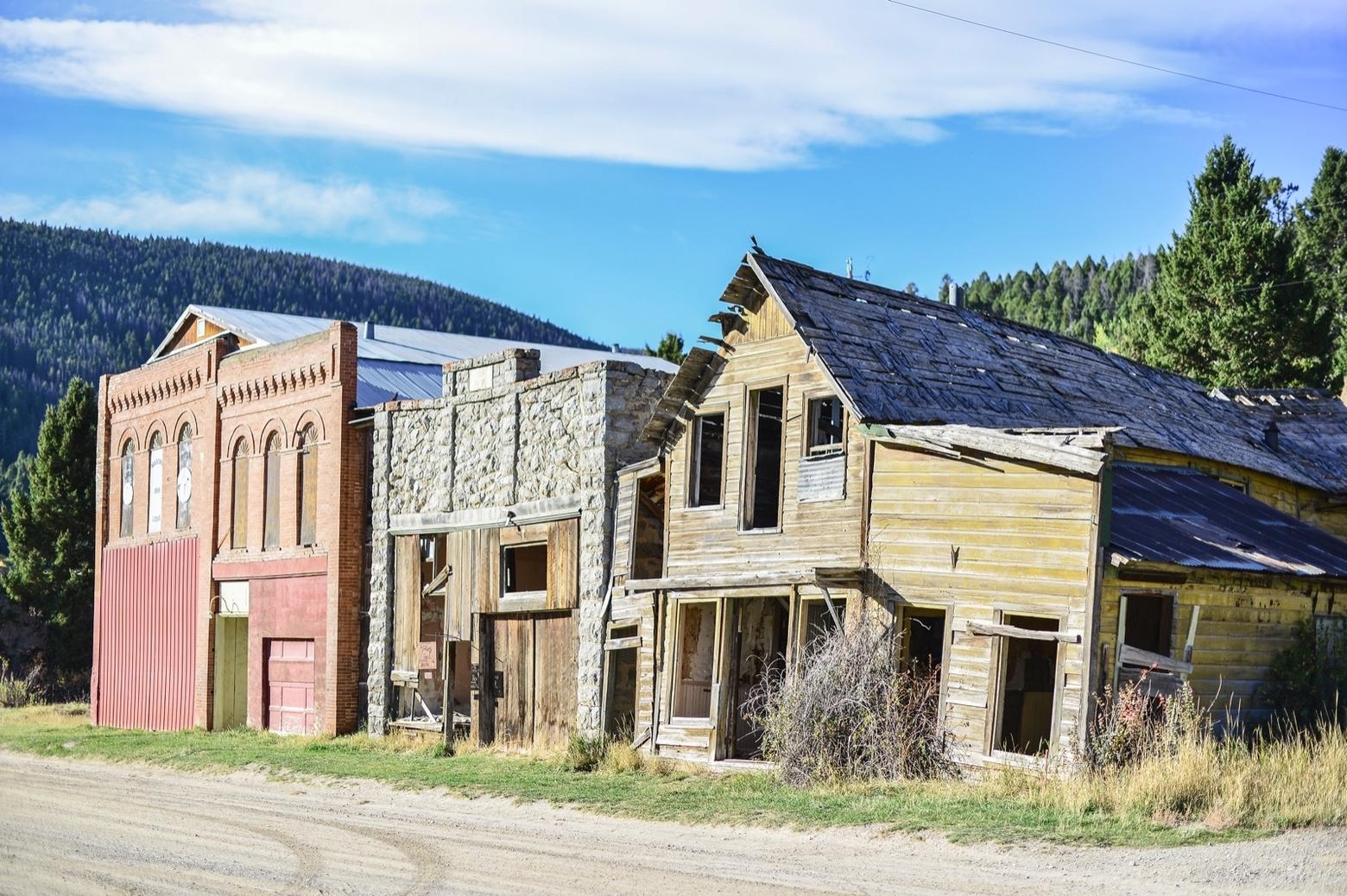 Behind his calm voice, gentle demeanor, and warm smile, Mark Haggerty speaks those words. His worry is apparent as he talks to 21 Whitman College students travelling around the West.
With his ten other colleagues at Headwaters Economics in Bozeman, Mark researches everything from public lands, to energy, to economic development. He then gives businesses, government officials, community leaders, and landowners this information, giving them the opportunity to make informed decisions backed by quantitative data.
The economy, at least the one that traditionally drove prosperity, is in grim shape, he says.

To many, Haggerty acknowledges, it may not look this way; the U.S. saw 4.1 percent growth in the second quarter of 2018, the unemployment rate saw an 18-year low in May at 3.8 percent, and the stock market until recently has been booming.
Not everybody is participating in this growth, though. Montana can be seen as a microcosm. Here, Haggerty says, just five of the 56 counties are responsible for 75 percent of all the new jobs and income created. These five counties enjoying success are home to most of the biggest cities in the state—Bozeman, Missoula, Helena, Great Falls and Billings. (The copper mining city of Butte, once called "the richest hill on earth," isn't keeping up). 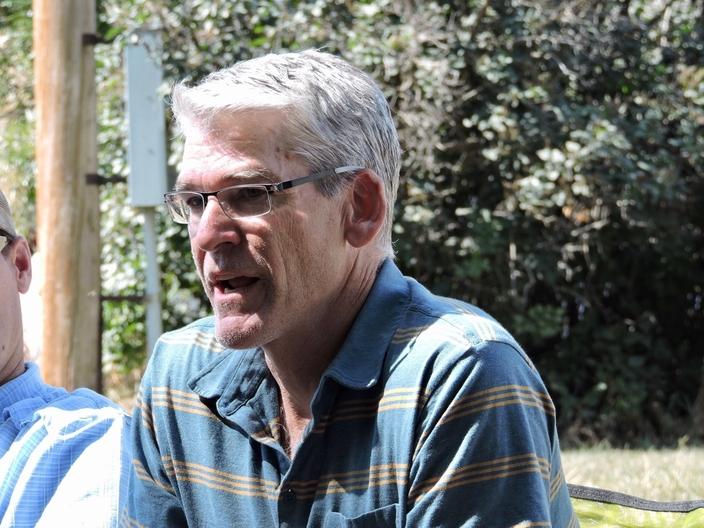 Mark Haggerty. Photo by Clara Hoffman
These five urban areas are thriving, rural communities, however, are not. Since the 2008 recession, a high percentage of new jobs created in the US requires a bachelor’s degree, and many of these jobs are clustered in cities. As money is highly concentrated in cities, rural communities seeing money get siphoned out of their economies are vulnerable to exploitation.
With their rugged natural beauty and mountains that make skiers salivate, places like the Methow Valley of northern Washington face a tough decision. Struggle economically, relying on industries rapidly becoming automated like timber, agriculture, and mining, or sell out and allow the masses to come with their skis, bikes, and boots to recreate.
Keep the place small and rural, or become a Bend, Oregon, Jackson, Wyoming or Bozeman. As Mark Haggerty puts it, “if you have an airport, a national park, and a university, your problem is too much growth. If you don’t have one of those things, you’re probably losing people.”
For years, the Aspen Ski Corp tried to build a mega resort in the Methow. Maggie Kuhn, environmental activist living in the area, fought tooth and nail for years against the company. She recognized the impact such a behemoth development would have on the land, wildlife, and community.
Miraculously, she managed to fend off the impending ski resort, breaking the land up into several 200-acre allotments. Sitting in the grass amongst the wide-diameter Ponderosa Pines, admiring the treed mountain to the south of us, it was hard to imagine this place with thousands of people, giant buildings, and acres of paved parking lots. When given the choice of reaching the pot of gold at the end of the rainbow, the Methow decided to avoid it, keeping their rainbow untarnished.
Beyond fighting Goliath and preventing eco-tourism reaching extreme scales, the disconnect between rural and urban is prevalent on many levels. In Wallowa County, Oregon, ranchers Todd Nash and Rod Childers grit their teeth when confessing their mistrust for representatives from Oregon Department of Fish and Wildlife based out of Salem, Oregon.
When a calf is found dead, office workers from across the state who rarely go to the site make the final call about whether or not it was killed by a wolf. They often don’t give compensation where ranchers feel they should. Looking beyond the ever-controversial wolf issue, it was clear that the ranchers felt that the urban population on the west side of the state did not understand them.
The divide and misunderstanding between rural eastern Oregon and their urban western counterparts seems much larger than the 375 miles that separate them. 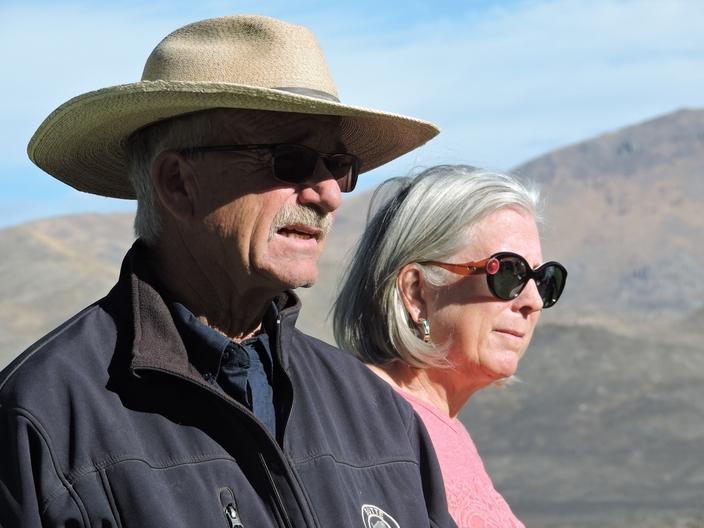 Ranchers Steve and Robin Boies. Photo by
In the naked, sage-dotted mountains of northeast Nevada, our group sits on the lawn of the Boies Ranch, the only green patch in sight. Describing rural life and the challenges of finding help for the ranch, Steve and Robin Boies say that most people can’t stand to live far away from a Walmart.
Two minutes later, a Walmart truck screams by on the busy highway tucked between the Boies’s house and mountains. The extreme irony here is profound, the message almost as loud as the road one hundred yards away from us.
The Boies family doesn’t have access to Walmart, but the roar of 18-wheelers dominates the peaceful sound of the natural landscape around them day and night. Rural, northeastern Nevada doesn’t get access to the jobs that Walmart provides and the goods that they supply, yet the calm beauty of the empty landscape is compromised by it.
The question becomes: why do rural places even matter? The model made economic sense two centuries ago, when three-fifths of the country worked on farms. Now that number is just two percent, as advanced machinery took over much of the work. The same phenomenon can be seen in other industries that used to drive rural locales.
Haggerty, who has been tracking the trends, weighs in, saying, “my bias is that there are a lot of things that small town communities offer, and there are a lot of things that cities offer. And we ought to have choice.”
This seems to be the key. Choice, the very principle our country was founded on. I grew up in rural Vermont, and wouldn’t trade anything for that experience. Running through the woods, playing in streams, and knowing half my town was an immense privilege that I hope to give my own kids one day.
Friends of mine that grew up in cities, however, describe the wonders of their youth. Having the ability to eat any kind of food desired at any time, people watching on the crowded streets, riding the bus alone for the first time to get to their friend’s apartment.

While I am biased towards a rural lifestyle, I am in no position to say which is better, only that it should be up to us to decide which lifestyle to lead. In our current system, rural life is struggling. We need to make it sustainable again, and people like Haggerty are doing that.

While I am biased towards a rural lifestyle, I am in no position to say which is better, only that it should be up to us to decide which lifestyle to lead. In our current system, rural life is struggling. We need to make it sustainable again, and people like Haggerty are doing that.
In a divided country there is no one solution to this problem that everybody would agree upon, but one thing remains clear. We’re so caught up in blanket indicators like GDP and unemployment rate that we are neglecting to see how our growth is distributed. Or maybe we’re losing appreciation for rural life as more people grow up in cities, missing that lifestyle altogether.
Regardless, our country needs to reconsider the ideas of growth we have adapted in the last century and make rural living feasible again. 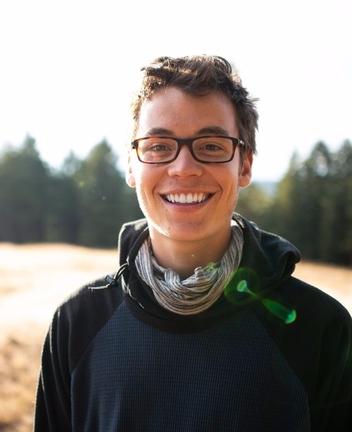 Luke Ratliff, who hails from Sharon, Vermont, is a sophomore at Whitman College majoring in environmental studies and economics.
Read more