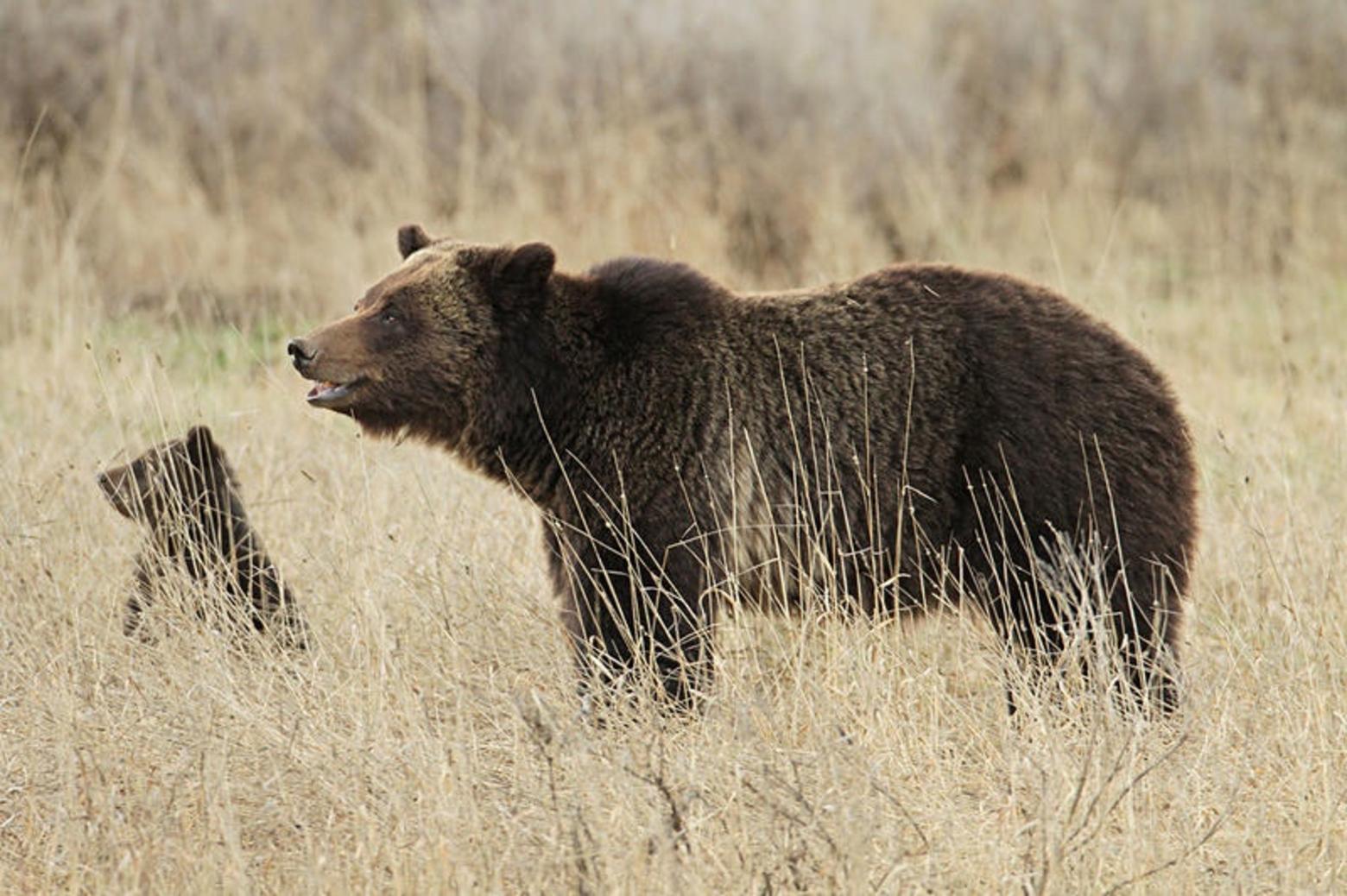 In addition to concerns raised about black bear baits luring in grizzlies and getting them hooked on unwanted foods is the possibility of grizzly bear mothers getting shot, leaving their cubs orphaned and likely to die. Photograph courtesy Jim Peaco/NPS
By George Nickas
Over the past few years, threatened grizzly bears have been making their way back to their ancestral homeland in the wild country of the Selway-Bitterroot Ecosystem along the Montana and Idaho border.
Officials with the U.S. Fish and Wildlife Service last month put the supervisors of the Bitterroot, Lolo, Salmon-Challis and Nez Perce-Clearwater national forests on notice that any grizzly that migrates into the Selway-Bitterroot Ecosystem has the same protections as other grizzly bears under the Endangered Species Act.
While that’s certainly welcome news, as the Selway-Bitterroot Ecosystem provides critical connectivity between grizzly bear populations in the Greater Yellowstone Ecosystem and Northern Continental Divide Ecosystem surrounding Glacier National Park, it’s actually not new news at all—ESA protections have always traveled with the imperiled Great Bear.
The fact of the matter is that grizzlies will make their way back to the vast, wild country of the Selway-Bitterroot Ecosystem if we let them. Unfortunately, national forests and federal designated Wildernesses on the Idaho side of the Selway-Bitterroot Ecosystem are littered with bait stations—literally garbage dumped in the woods to entice bears to gather—used by hunters to lure unsuspecting black bears so they can be shot.
Grizzly bears from Greater Yellowstone that make their way toward the Selway-Bitterroot country encounter bait stations along a key linkage corridor connecting the Selway-Bitterroot Ecosystem to grizzlies in Greater Yellowstone via the Centennial, Beaverhead and southern Bitterroot ranges.
The general public may not know that Idaho and Wyoming still allow bear baiting within the range of grizzly bears, and Idaho continues to allow bear baiting even in Wilderness. Montana does not allow bear baiting and many hunters believe it violates the tenets of fair chase.
Baiting also increases the chances that cubs will be orphaned when their mother is shot and we know that orphaned cubs are likely to die so the mortality is increased even further. There have been several instances in which hunters, even when not firing over bait, claimed they could not tell the difference between a grizzly and a black bear, let alone whether it was a male or female bear. 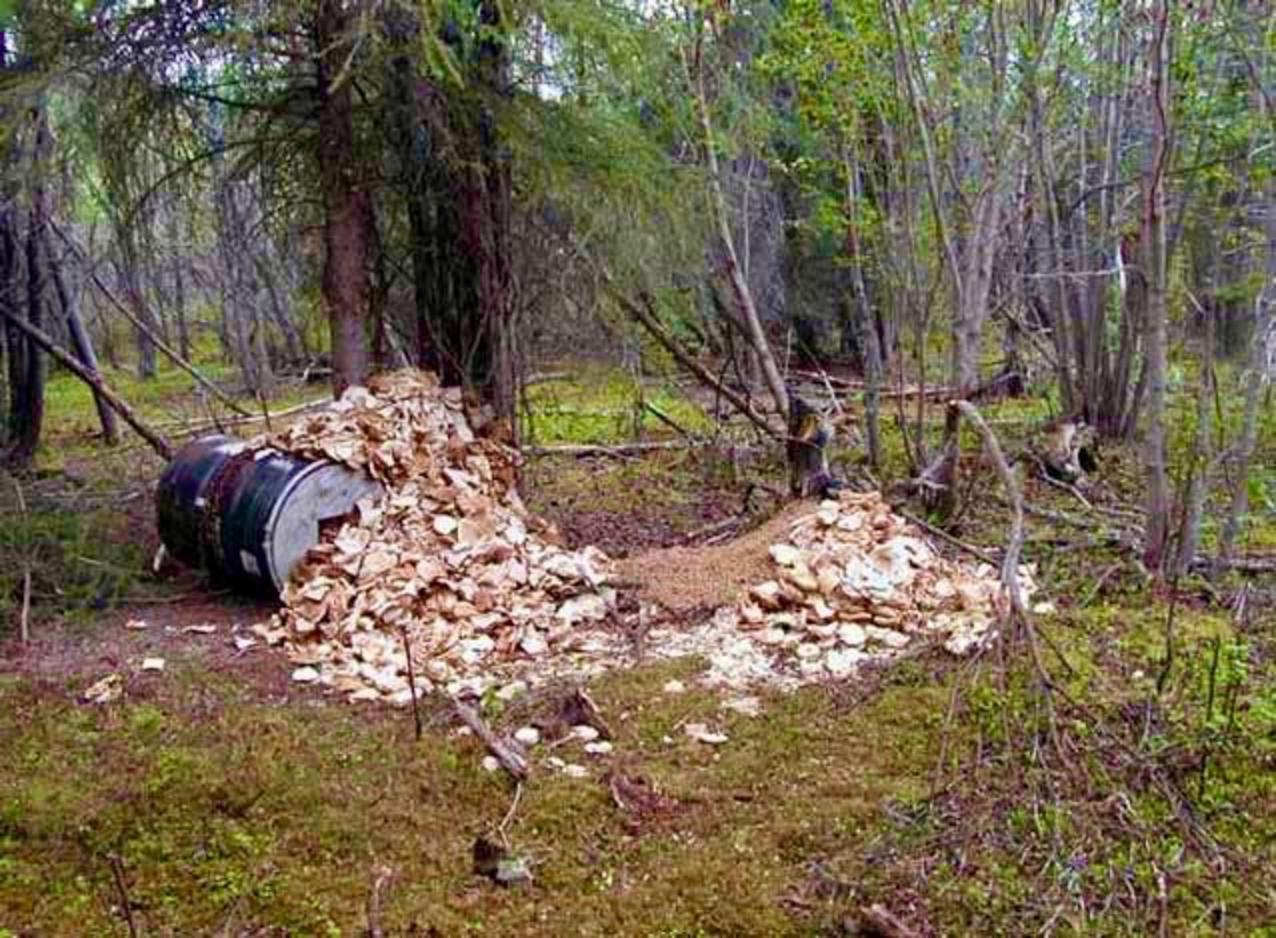 An example of what one hunter's "bear baiting station" looks like. Typically, barrels are filled with a variety of foods—the stinkier the better—in order to lure in bears. While some states require that "natural foods" be used, it is not uncommon for bear baiters to use bacon grease, jellied donuts, tuna fish and cat and dog food,. Meanwhile, the same states where bear baiting is allowed, aggressively advise that campers and backcountry users avoid using smelly foods and doing anything that might attract bears and leave them addicted to human foods. Photo courtesy NPS
The Forest Service once regulated bear baiting practices on national forests, but in the 1990s it delegated control to the states. While bear baiting has been banned in designated Wildernesses in Wyoming, that hasn’t been enough to stop the carnage.
At least five grizzlies have been shot and killed over bait in Greater Yellowstone on the Shoshone, Bridger-Teton, and Caribou-Targhee national forests, and this number does not include grizzlies killed over bait on other federal, state, and private lands.

In 2007, the first known grizzly to inhabit the Selway-Bitterroot in more than 50 years was shot and killed over a bait pile on the Nez Perce-Clearwater National Forest in Idaho. At least two of the grizzlies confirmed to be roaming in the Selway-Bitterroot Ecosystem in recent months were photographed at bear baiting stations. And these deaths don’t reflect grizzlies killed by wildlife officials because of food conditioning.
Since the Forest Service gave states the power to allow bear baiting in national forests, scientists have established a significant body of research showing baiting causes harmful and irreversible grizzly bear conditioning to human food and disrupts grizzlies’ behavioral dynamics. Beyond that, it borders on lunacy that agencies preaching “leave no trace” camping or citing campers for leaving coolers unattended also allow bear hunters to litter the woods with food-garbage piles meant to attract bears.
Those bears that aren’t shot then learn that the smell of human food means an easy meal. and pass along that habit to their young. The saying that a “fed bear is a dead bear” applies as much to a grizzly drawn to a bait station as it does to a bear unintentionally drawn to a camper’s cooler or a careless homeowner’s garbage can or chicken coop.
This ongoing death-trap for grizzlies is unacceptable. When the Forest Service changed its policy to allow state control of bear baiting practices, it did so under a legal agreement that any killing of grizzlies would require the agency to re-evaluate the program.

Baiting increases the chances that cubs will be orphaned when their mother is shot and we know that orphaned cubs are likely to die so the mortality is increased even further. There have been several instances in which hunters claimed they could not tell the difference between a grizzly and a black bear, let alone whether it was a male or female bear.

Now, after multiple grizzly bear deaths, it’s long past time for the Forest Service to prioritize protecting this threatened native species by ending state control of bait stations on federal public land. That’s why Wilderness Watch, Western Watersheds Project and WildEarth Guardians filed a lawsuit in federal court to stop the killing of grizzly bears at bait stations.
As our attorney, Pete Frost with the Western Environmental Law Center, said when we filed our lawsuit, “The confirmed grizzly killings at bait stations are more than enough to trigger the Forest Service to reevaluate its policy delegating these decisions to states.
Safe passage for grizzlies to the Selway Bitterroot ecosystem is critical to their recovery, and the Forest Service is required to reassess whether to allow states to control bear baiting in our national forests.” Given bear baiting’s harmful effects on threatened grizzly bears, we want the Forest Service to consult with the Fish and Wildlife Service to re-evaluate whether bear baiting decisions should be up to states, and whether baiting is too harmful to threatened grizzly bears to continue.
Spoiler: It is.
While we celebrate the return of the Great Bear to the Selway-Bitterroot Ecosystem and their expanding range in Greater Yellowstone, let’s make sure we give threatened grizzlies a fighting chance by ending unethical bear baiting within our National Forests and designated Wilderness areas.
EDITOR'S NOTE: Below is a video interview with a staff member of the Idaho Fish and Game Department offering advice on baiting for bears which seems to be at odds with long-standing messaging coming out of Game and Fish requiring outdoor recreations to adopt safe food practices in order to not create "problem bears." Here is one press release, and another, and another. 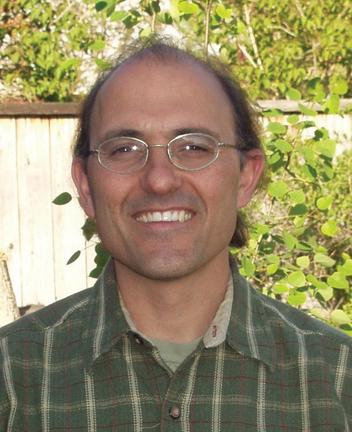 George Nickas is executive director of Wilderness Watch, a nationwide conservation organization working to protect the National Wilderness Preservation System, and to ensure that the spirit of the Wilderness Act survives.  Nickas has been a public lands activist for more than 40 years, the last 24 at Wilderness Watch.  A lifelong resident of the West, he was raised in the shadow of Book Cliffs in southeastern Utah, was an occasional whitewater river guide on the Green and Colorado Rivers, and worked for a short time in Misty Fiords National Monument in southeast Alaska.  He lives in Missoula, Montana.