Barry Reiswig, who served as the top manager of the National Elk Refuge in Jackson Hole, believes the essence of America's wild West is now on the line

Don’t ever doubt it, they’re coming for our public lands, yours and mine.
The billionaires and big corporations, fronted by organizations with slick-sounding names, like the American Legislative Exchange Council (ALEC) and the American Lands Council (ALC), are working behind the scenes to take our land away from us. These modern-day robber barons, descendants of the Lords of Yesterday,  know our public lands are worth a fortune, untold trillions of dollars and an intangible pricelessness if only they can cash them out, and they have their sights set.
Oh, you won’t hear much about it publicly because they do their work behind closed doors by directly influencing our state and federal legislators. All this talk about collusion between Donald Trump and the Russians is diverting our attention.
ALEC puts on “seminars” for our elected representatives and gives them “scholarships” to attend these get-togethers free of charge at posh hotels where they can rub elbows with the representatives of the financial elite and lobbyists for big corporations.
There they are taught how to take our land away from us. Don’t expect an invitation any time soon; if you are a citizen who believes public lands ought to stay in public lands and that national monuments ought not to be undone by Interior Secretary Ryan Zinke, you’re not invited.  Armed with a bevy of lawyers and public relations experts, ALEC carefully plots strategy on getting control of the public lands.  They know it won’t be easy. We owners of the public lands can be stubborn characters, unwilling to give up our birthright to some of the most magnificent landscapes in the world.
But they are, if nothing else, patient. They bombard us with unfounded claims that the states will do a better job of managing the public lands, that the "local folks" know more about the public lands than those pesky federal bureaucrats way back there in Washington. They solemnly promise there will be no net loss of public lands if they fall to state management, and access will be guaranteed us into perpetuity.  Don’t worry, they say, the local boys will take care of it.  Take care of it for whom? 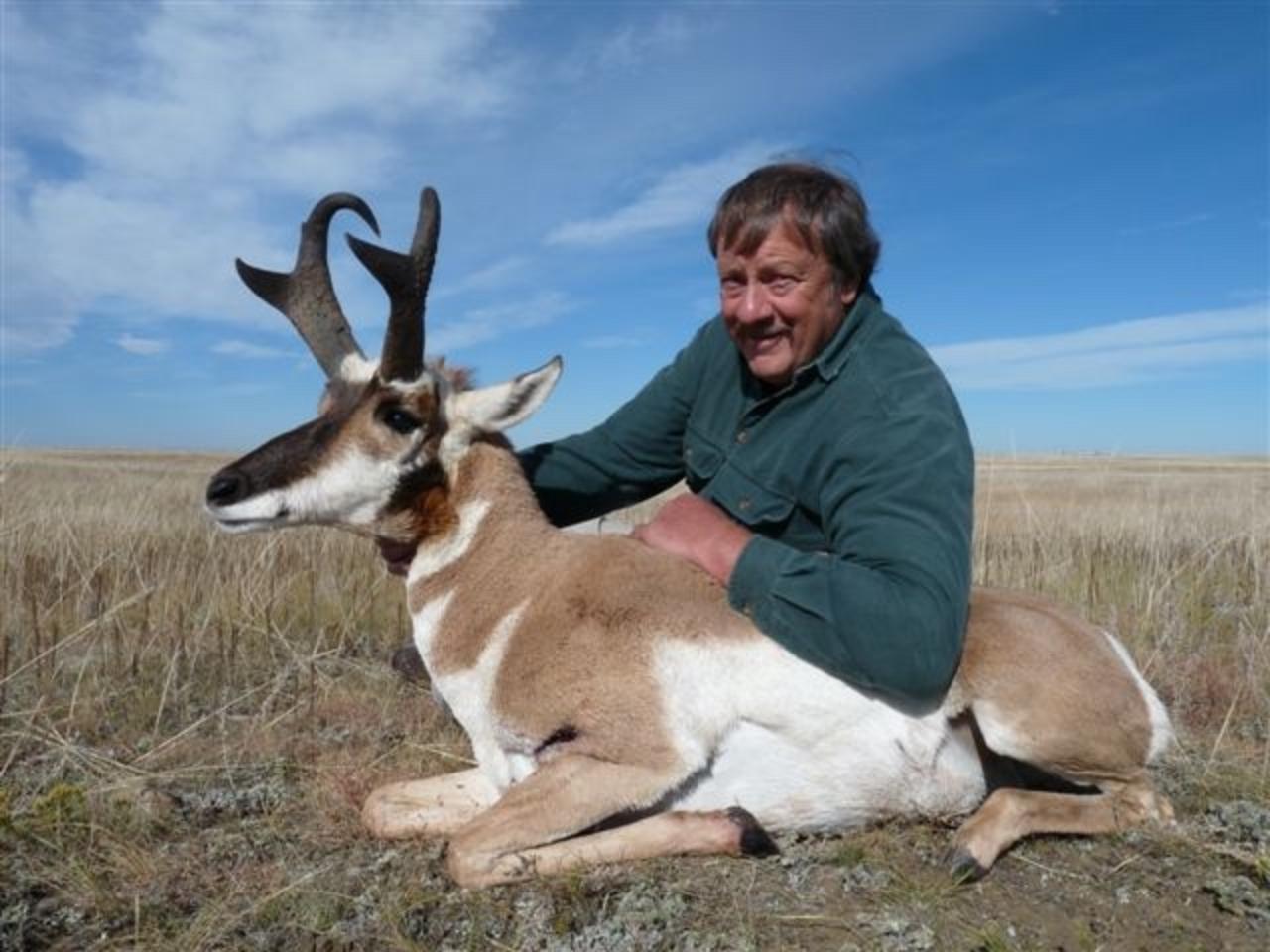 Barry Reiswig is an avid hunter and backcountry horseman.
Schemes like having the states manage our public lands for us are cropping up as well.  This would need to be accomplished with federal funds, of course, no need to spend those precious state dollars.  There are those who truly believe that in a capitalistic society, public lands should not exist, all land should be privatized.
I was on talk radio recently in Cody, Wyoming, where lands transfer was the topic.  A listener called in and flatly stated all the public lands in Wyoming, more than 25 million acres, should be put up for disposal, 320 acres at a pop under the Desert Land Act.  Then, if people wanted to visit these former public lands, he said, they could pay the owner for the privilege. Interesting concept, isn’t it?
I am a local.  I've worked as a public lands guide and outfitter. The takeaway message being peddled by the radicals  is “pay to play.”  They guy on AM radio in Cody mentioned that’s how it's done in Texas. Apparently he thinks the Texas model, where virtually all the land is private, is a good thing, and yes, you pay to do about anything in Texas.
The radical did touch on the central goal of the modern-day land transfer advocates: cash.  It’s all about the money; it’s always been all about the money going into the pockets of rich private profiteers.  From the early day robber barons to the modern mega-corporations and their billionaire buddies, it’s about maximizing the bottom line, their bottom line, at our expense. And now they want the land we own.


Most of us will never be able to afford a big ranch in the mountains or a trophy home in Jackson Hole.  But we, in our own way, are all wealthy because we are part-owners in our magnificent public lands, more than 600 million acres worth.  We have opportunities to hunt, fish, camp, rock hound, climb. raft, ride horses, putter around in ORV’s on a scale people in the rest of world can’t even imagine. Our public lands is one of the things that make American unique in the world.
The idea that public lands are free is false.  We pay;, all of us, as citizens, by having a portion of our tax dollars going to national parks and forests and wildlife refuges and BLM lands and to resource managers and rangers and scientists working for those agencies.
We pay for private ranchers to run their livestock on public lands, too, because we subsidize their grazing fees and their killing of predators and so-called public land improvements and road building and, if the weather gets bad and kills cattle or sheep, we pay with disaster relief payments.
If the radicals succeed in snookering us out of public lands we already own and pay for, are the privateers willing to give up all those subsidies and are we willing to do without the access to lands we own, lands handed to us as part of our civic inheritance and lands that we’ve counted on passing down to our kids and grandkids.
Oh, and one more thing: radical lawmakers pushing this land grab live in some of the states most heavily subsidized by us in the country. They know the data doesn’t support their arguments so they alter facts deliberately to deceive.


I have been fortunate in my life to have lived and worked in virtually every Western state.  I have followed the tracks of elk in Colorado’s magnificent Flattops, and gazed out over the sagebrush vistas at South Pass where the Oregon Trail skirts the south end of Wyoming’s Wind River Range.  I have dodged hail storms and lightning on the Beartooth Plateau of Montana.  I have viewed the petroglyphs, thousands of years old, on the sandstone walls in the canyonlands of Utah.
For a span of my adult life I worked for the federal government and proudly devoted myself to civil service—taking the vow of stewardship. I oversaw the operation of one of the flagship national wildlife refuges in America. I know what we’d be losing if we gave it all away.
I have spent a lifetime traveling thousands of miles by horseback, leading pack trains over the mountains and deserts of our public lands.  These lands fire my soul, they provide me a true sense of place, they define who I am as a person. When I am out on the public lands I become part of the landscape, part of the pageant of America’s human history; Native American, mountain man, cowboy, settler, soldier, outlaw, preacher, riverboat captain, recreationist, hunter, angler, refugee from the crowded world everywhere else.
Do not be deceived. The public lands belong to us, not to the federal government.  They are simply its stewards. We the people are the owners, not the billionaires or the states or the big corporate executives, or even the gun-toting thugs who profess the protect the Constitution but are really are just another type of land thief.  We need to speak up.
It’s time our elected officials start sticking up for the little guys, we Americans of average means instead of the billionaires and the big boys who so desperately want to take our land away from us because they think we're not paying attention.
What we are seeing is nothing new, it’s happened before here in the America, robber barons taking control of the land, promising an illusionary pot of gold at the end of the lands transfer rainbow.  Theodore Roosevelt spoke out against it.
Believe me: after our land is sold, and the money is spent we will be left with nothing, bereft of our land, our heritage, our history, our culture.  There are those among us who have lived through it. Just ask any Native American.
Barry Reiswig lives in Cody, Wyoming. A longtime employee of the U.S. Fish and Wildlife Service, he is the former chief manager of the National Elk Refuge in Jackson Hole and has worked as a backcountry outfitter and guide. 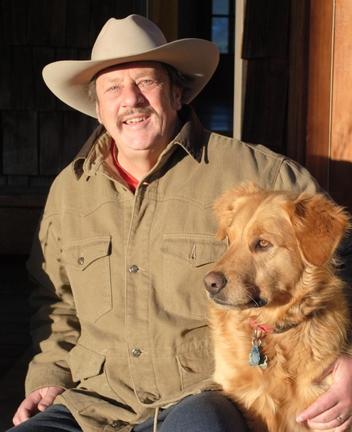 Barry Reiswig retired as a senior wildlife manager with the U.S. Fish and Wildlife Service and today lives in Cody, Wyoming. He is an avid backcountry horseman, hunter and angler.